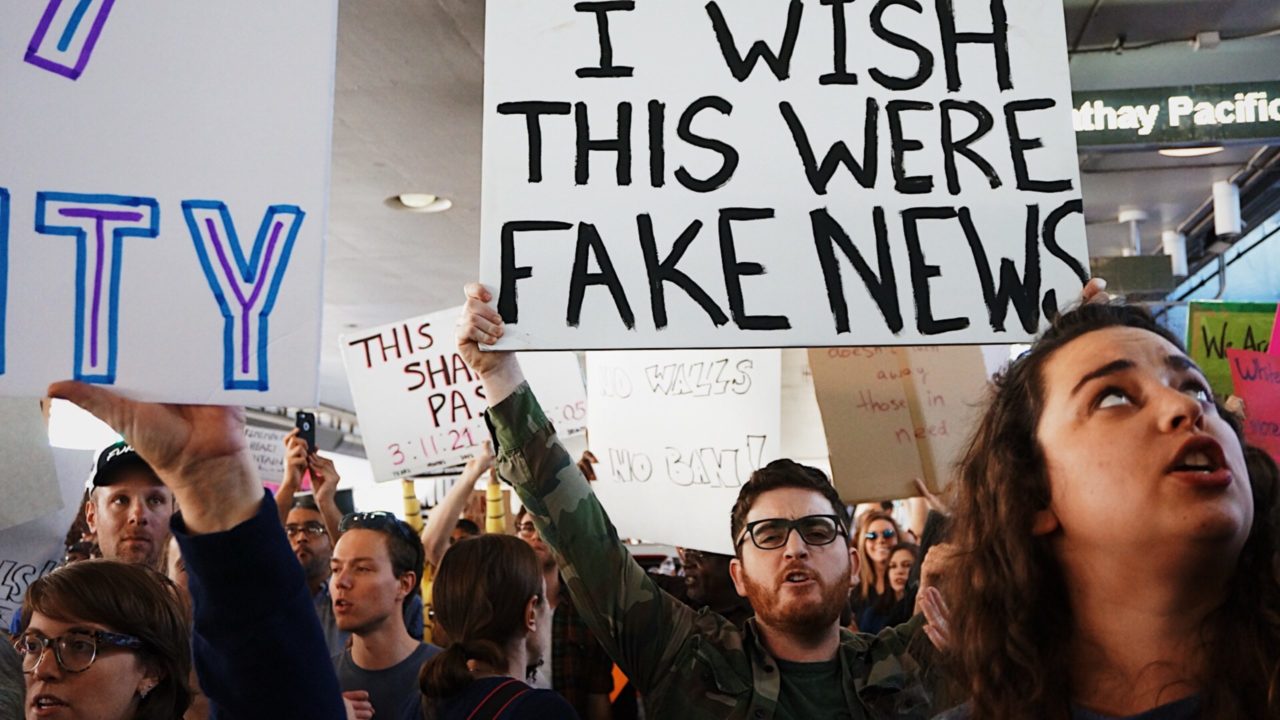 Photo by Kayla Velasquez on Unsplash

Fact or Fiction? Surviving in the age of misinformation

In 2021, some of the most advanced and democratic nations on the planet appear to be emblazoned in political battles between neighbors, fed by an abundance of competing misinformation.

With the rise of social media and the decline of journalism, local news industries are disappearing. As a society, we continue to see major media conglomerates corporatize, while the number of foreign correspondents around the world shrinks. The phrase “fake news” officially earned its very own Wikipedia page. We live in the age of misinformation.

It seemed almost natural in years past for people living in established democracies to cast a judgmental stare at under-developed countries, where government-run media suppressed the people.

When reports surfaced of the killing and imprisonment of journalists, we gasped. As dictators punished citizens for violating government-regulated speech, we proclaimed, “Not us! Not in a free society.”

Yet, in 2021, in some of the most advanced democratic nations on the planet, citizens engage in emblazoned political battles. These battles bury us in a deluge of competing misinformation. People are no longer able to distinguish the difference between fact and fiction.

The capitol riots in Washington, D.C. weren’t the result of a physical attack on the people by the government. That violence undoubtedly erupted out of the information war between political parties and the media on both sides.

Social media fueled the flames and empowered everyday people to toss a match on the kindling.

Advanced by unethical goals, these information battles serve as distractions. They draw our attention away from important global issues. By keeping us uninformed and confused, these distractions poise us to fight with one another.

Most importantly, they deny us the ability to debate important issues on the basis of an agreed-upon set of facts. Over time, we cease solving the actual problems we collectively face.

It is this very battle against the age misinformation and disinformation from which Orato World Media emerged. At Orato, we commit to a singular goal: to only tell true stories from and about real people.

The veracity of every Orato story is consistently and rigorously tested by journalists and editors. By reclaiming the trust that once existed between media and its viewers, Orato has garnered followers in nearly every country in the world.

When asked, “How have you been so successful,” our answer is clear. There isn’t a week that goes by when we don’t hear a reader, neighbor, or colleague say, “I can’t trust anything these days.” We all wonder, how do we discern fact from fiction?

Orato’s format gives people a reliable and trusted source. Our journalists are on the ground, interviewing subjects and writing stories from eye witnesses, about newsworthy events. Journalists tell stories in the words of those who experienced the event in the first-person.

So, when COVID rocked our fragile planet, voices rang out on one side calling for help, while the other side chanted, “It’s not real.” We cut through the noise. Orato writers from myriad countries published true stories from doctors, patients, and everyday people.

When the Israeli-Palestinian conflict erupted again, our journalists told the stories of men, women, and children struggling to survive.

It certainly appears that life on our planet is quite grim, but at Orato, we also celebrate.

We celebrate the stories of those who overcame oppression and discrimination. By celebrating the resilience of the human spirit, we shine a light on real people, driven to do great things, like our incredible athletes, activists, and freedom fighters.

So, at the risk of being colloquial, the coolest thing about Orato is not what we say about ourselves.

Rather, it is the fascination and delight we see on the faces of friends, neighbors, and journalists when they first hear about Orato’s mission or read Orato’s stories.

It is that delight that has permeated our brand from continent to continent. That fascination is what roots our commitment to fighting fake news. You can count on us to continue to provide an account from someone who was there when newsworthy events happen.