A week before Carlos disappeared, a murder took place in our neighborhood. Carlos arrived home at 2:00 a.m. and woke me up. He said someone had been killed. He saw three young people crossing a wall and they saw him inside his taxi. 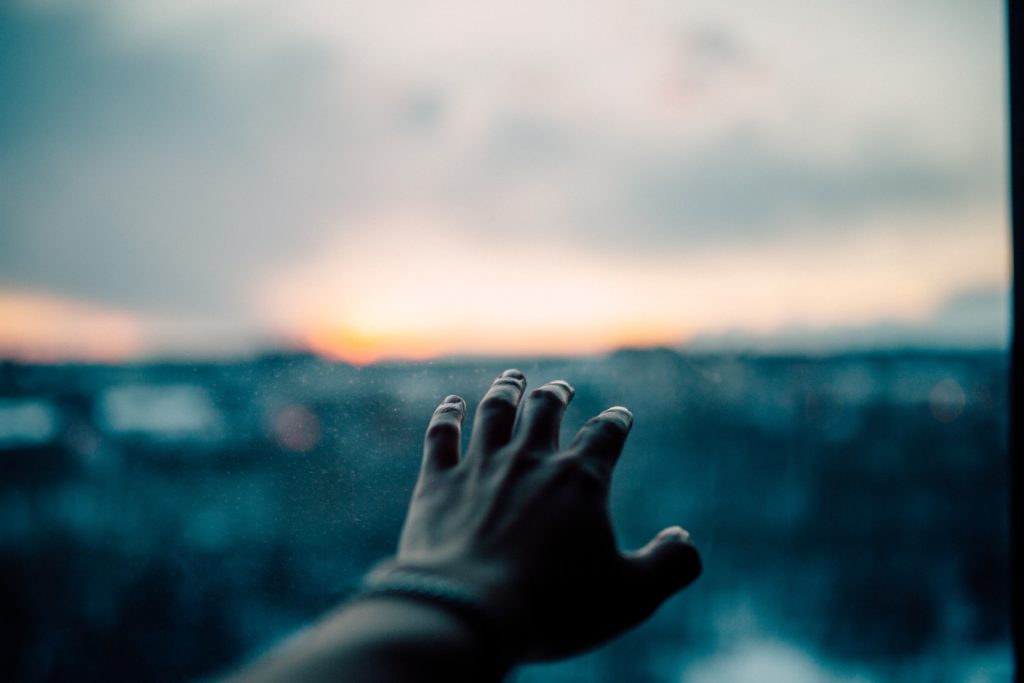 Photo by Alexander Lam on Unsplash 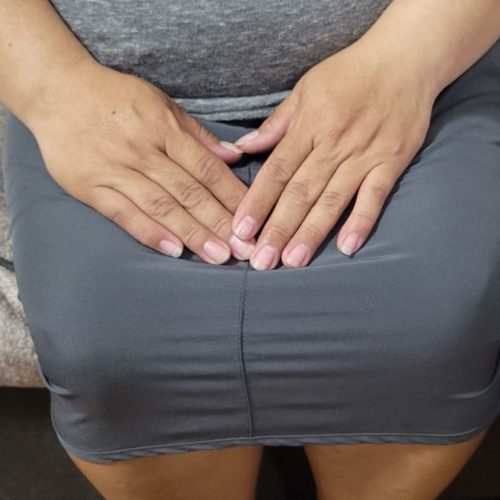 Interview Subject
Orato World Media has granted both the journalist and subject anonymity due to the dangers of reporting this story. The subject, whom we will call Alina, is 53 years old. She currently lives in asylum with two of her three children in the United States.
She represents many victims of disappeared persons in El Salvador, most often the result of gang related violence.

In 2018, her husband Carlos Reynosa failed to return home from work as a taxi driver. Four years later, they still don’t know what happened to him.
Background Information
The disappearance of people in El Salvador is one of the leading crimes committed by gangs, in addition to homicides. For years, the government has tried to stop this action, but it continues.
Many families fall victim to forced disappearances and often never find out what happened to their relatives.

According to official figures, the rate of disappearances per hundred thousand people in 2010 was 30.8, reaching the highest peak in 2014 with a rate of 65.9. The Attorney General’s Office received 3,514 complaints of disappearances between January 1 and December 18, 2018. It exceeded the number of homicides registered by the National Civil Police at the end of the year: 3,340 cases.

However, the number of people reported as missing went from 11 to four per day since the Nayib Bukele government began its efforts, and to date, the numbers continue to decline.

SAN SALVADOR, El Salvador ꟷ Four years ago, my husband Carlos Emilio Reynosa Platero disappeared. In November 2018, he did not come home from work, and I never learned what happened to him. My life has never been the same. I am only beginning to accept it, to live with this pain and sadness, and move forward.

Carlos worked as a taxi driver for 22 years. Every day, he returned home at about 2:00 a.m. On November 14, 2018, he did not return. He left at 7:00 p.m. that day. He told me he had a longer trip and warned me, “I have no minutes on my cell phone. When they pay me for the trip, I will buy some minutes and call you.” The call never came, and I never heard from Carlos again.

Wondering what happened and why he had not returned, I waited for Carlos. At dawn, I went to visit his sister. We called him several times, but the cell phone appeared to be turned off. His WhatsApp showed he was last active at 7:30 p.m. From that moment, despair and anguish overtook me.

I believe the gangs of El Salvador did this. Someone took an important person away from me and my children. A five-year-old boy, a 17-year-old boy, and a 21-year-old girl have no father. My family disintegrated and separated after the disappearance.

I spent 26 years with Carlos. Now my life has changed forever. I no longer feel protected and cared for. Carol spent every day with me at the house. We shared quality time; we watched television, had coffee, and were always there for each other.

A murder took place in the neighborhood days before, Carlos saw men fleeing

After Carlos disappeared, my brain, mind, and soul became a labyrinth. I had so many thoughts and could not comprehend what happened. My children and family visited hospitals, morgues, and police stations looking for him, but no information arose.

Before Carlos’ disappearance, I lived a happy and emotionally stable life. He worked hard for our family. We never lacked a roof over our head or food on the table. He valued my opinion and I felt loved, wanted, and protected. Carlos truly was a fundamentally sound person – financially and emotionally.

Losing him sent me into a nearly fatal emotional and spiritual spiral. Financially, we were a wreck. I went to four psychologists and through the hard times, my children and I grew closer. We cried together, mourned together, and reminded each other of Carlos.

When a leaf falls off a tree, it cannot know where it will land. It gets blown from one end to the other as the wind carries it. I felt like that leaf, but I swore I would fight and make a living for my children. As I moved forward, I remembered something that happened a week before Carlos disappeared.

A murder took place in our neighborhood. That night of the homicide, Carlos arrived home at 2:00 a.m. and woke me up. I heard noises and asked him what happened. He said someone had been killed and police and soldiers entered the neighborhood. He saw three young people crossing a wall. They saw him inside his taxi, but he drove on and came home.

The area where we live, and the area Carlos worked were both dominated by gangs.

One day after Carlos disappeared, I decided to move from our home. I never experienced circumstances of this magnitude before. We went to live with my sister-in-law. One day, I received a call from a private number telling me not to come back home. The voice said I had nothing to do there and not to look for my husband. They said they knew where my daughter lived, and where I moved with my other two children.

I began moving from house to house. We went to live for a week with my sister and then a week with my daughter. I felt afraid for my safety and that of my children. I no longer had any stability. After that day, I never returned to the house where I lived with my husband. People there often bragged about their children in gangs or in prison.

Financially, we became devestated. Acquaintances, friends, and people close to me gave me money. At that time, I had little support from my family. I lived on charity, in solidarity with the altruistic people who had wonderful hearts. Thanks to them, we had food to eat.

On one occasion, my husband’s coworkers collected donations and gave me 100 dollars. Their kindness helped pay for the bus and food. We survived this way for a long time. Eventually, the Human Rights Ombudsman provided me with a bonus, and another institution gave me supermarket gift cards to buy food. After a few months, I applied for stall at the market and began selling goods. This is how I supported what was left of my family.

My son began studying as an electrician and I thought, if he graduates and goes to work, the youngest can be in daycare. As long as I continue working at the market, with my son’s support, we can get by. We can rent a room and have stability.

When Carlos disappeared four years ago, I went to the police in the Zacamil neighborhood and filed a complaint. My efforts were in vain. The first time I met the detective, I introduced myself. He identified himself and began questioning me. I remember he asked me to stop crying.

Anytime I went to the detective, instead of giving me information, he questioned me. He asked if I new anything or noticed anything new. I told him, you are the detective, not me. I decided to stop going to the detection and approach the prosecutor instead, yet I received the same treatment. It seemed as though I was the only looking for Carlos. I asked for his telephone call log and went to immigration. No one had information and the case closed.

When gangs or others make a person disappear, they have no idea the collateral damage they cause to a person or a home and family. My family fell apart. Then, a friend gave me a idea, suggesting I present my case to an organization that offers asylum for victims of gangs. We started the process and included my two children, my older daughter, her husband, and my grandson. However, only my two children and I received the permit.

We moved to the United States. Meanwhile, my daughter remains in El Salvador. She has no mother, father, or siblings anymore and is alone in El Salvador with her husband and son. The situation proves quite painful for me as a mother. I want to unify my family, but instead we separated because of the actions of people who hurt our country.

Woman leaves behind her daughter and grandson, pleads for stronger investigations

We obtained asylum in 2020. Our new life felt like a radical and extreme change. I face many challenges including a language barrier, a new culture, and dramatic differences in weather. Fortunately, we became economically stable. My eldest son and I work and the government helps us with food. I never received this kind of help in El Salvador. However, if I had the opportunity to return to my country and my life with my husband, I would not hesitate.

In El Salvador, I did everything they told me to do to get asylum, uncertain whether it would actually happen. I thank God because my life changed. We no longer lack material things, but I miss my country. I miss its food and my people.

More than anything, I want my daughter, her husband, and my grandson here with me so they can succeed. We attempted to get asylum for them twice and it failed. I plan to wait a few more years and try again.

I overcame horrible circumstances for my children, but I live in uncertainty, always wondering what happened and where my husband could be. It would mean so much to bring a bouquet of flowers and pray to him. Back in El Salvador I cried, shouted, and could not be consoled. My children consoled me and said, “Calm down mommy. We will get by.” Now I see my children weakening. The oldest remembers his dad best. He cries and loses himself at times.

Forced disappearances remain a serious problem in El Salvador. I wish the authorities took these cases more seriously and put a stop to such criminal activity. The relatives of those who have disappeared need answers, but instead, they close the cases.