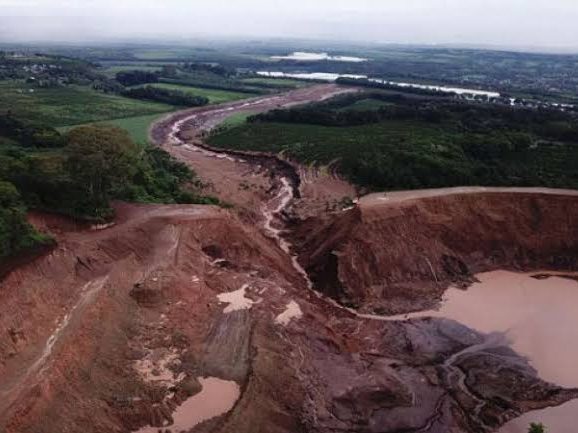 I rushed home, but there was nothing left—not even my house. The water had washed away virtually everything. My family was nowhere in sight. I couldn't believe the scene before my eyes.

Interview Subject
John Mwangi, 64, father of six, is a trader at the Solai Centre who was affected by the Solai Dam tragedy. He lost his wife and property during the incident but has yet to receive any form of compensation.
Background Information
Following weeks of heavy rains, the Patel Milmet Dam near Solai, Kenya, broke its banks on May 9, 2018. It flooded and sent a nearly 4-foot-tall wall of water slamming through several villages, killing 48 people, injuring and displacing thousands of others and destroying infrastructure, businesses and farmland.

The dam was one of several built illegally on the privately owned, 2,000-acre commercial farmland that houses Solai Roses. Though nine people faced charges following the tragedy, they were acquitted in 2020, and both civil and criminal court cases have dragged on with no resolution or compensation for victims.

SOLAI, Kenya – The night was the darkest I’ve ever seen, without even with a half-moon to light up the sky. It had been raining for several days, and water noises filled the black night air as if another heavy rainfall was imminent.

There was no light to show proof that the noises we were hearing were indeed signs of a heavy rainfall. But as I was expecting a downpour, I went back into my shop for an umbrella. Now ready for my brief walk home, I went outside to the street.

People standing next to my shop were busy talking about the expected rain. But the noise became louder, and one of them said “That can’t be rain—and if it is, it could kill us.” They ran away, leaving me alone and not knowing what to do—stay in the shop, or make a run for home?

The noise became louder still, and then the earth itself shook.

Devastation for a community

My wife and I used to run our shop together, but on that day, she had left me alone to mind it. She called me in the evening asking me to come along with a packet of sugar.

I closed my shop like every other day, and at 8:10 p.m. was moving toward my home just a stone throw away.

Suddenly I heard something fall with a loud thud—it must have been water hitting my house. I immediately ran into my shop to seek refuge. I locked myself inside, waiting for death; I was sure I wouldn’t survive what was coming.

The roaring wall of water slammed into my shop; for a minute I thought its walls had collapsed. Lucky for me, I was still alive.

Knee-length water, mud and stones filled the room. My clothes were damp and muddy, but I was otherwise unharmed.

The view was devastating. The water had completely destroyed some properties, and with it, livelihoods. We soon learned that the water had even swept away people themselves.

Learning of what I’d lost

I rushed home, but there was nothing left—not even my house. The water had washed away virtually everything. My family was nowhere in sight. I couldn’t believe the scene before my eyes.

I set off to search for them, and thank God, managed to rescue my two daughters that night. I rushed them to the hospital in a Kenya Red Cross ambulance. There, a nurse checked them over and said they were doing well and hadn’t suffered any major injuries.

They were released the next day, and I continued the search for my wife. It was in vain until the third day, when her body was found lying in the morgue. I was crushed. It was a very tough time for me.

Three years down the line, the victims of this tragedy are yet to receive any form of compensation.

I am grateful that at least we have places to call home thanks to the Kenya Red Cross. However, Justice seems out of reach.