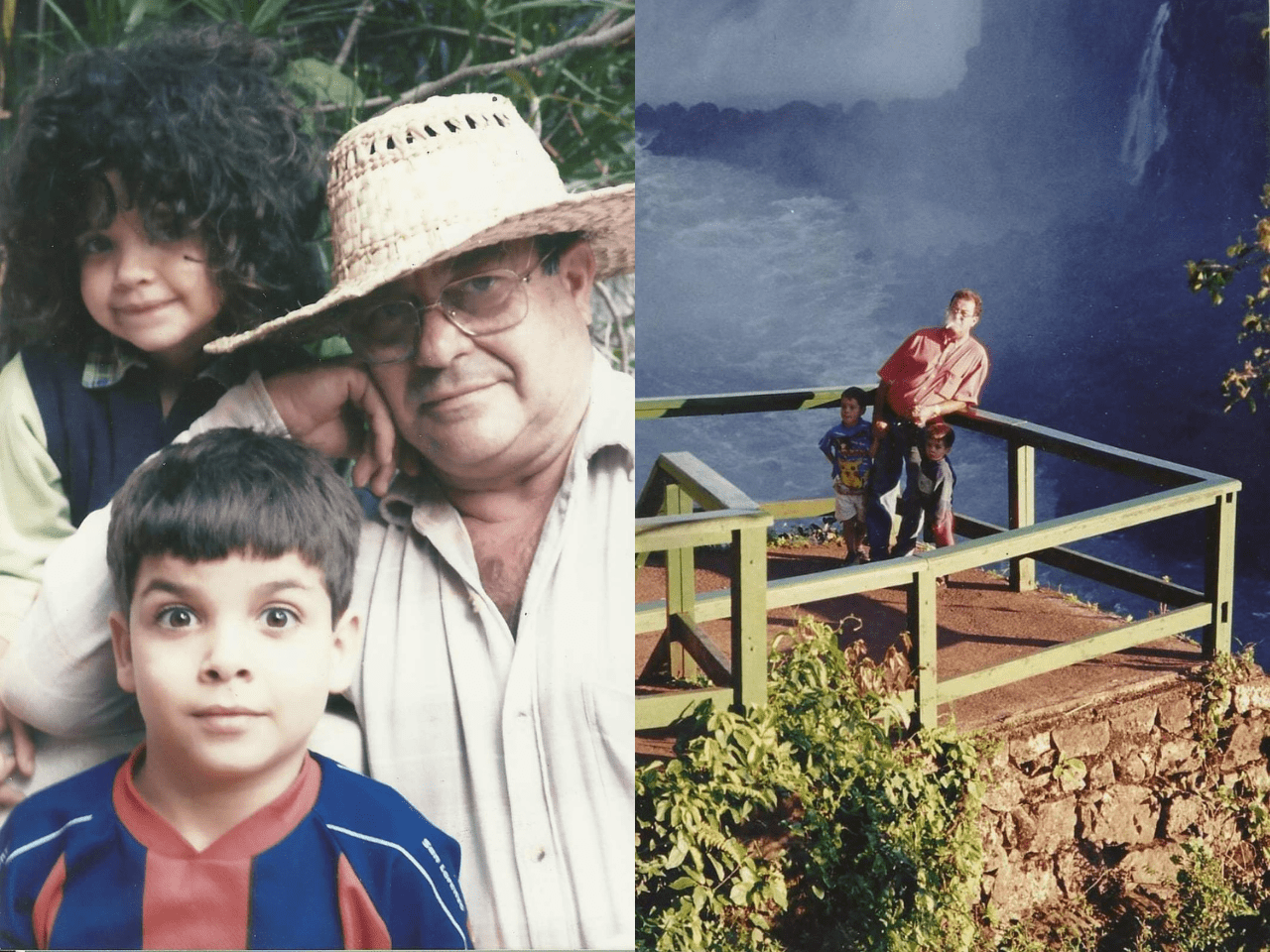 We did recover our property, but by then it had been destroyed, demolished, and looted. They took beams and cut down trees. Our property included the last and largest Amburana Cearensis tree in the entire region. They wiped out this and other protected species. 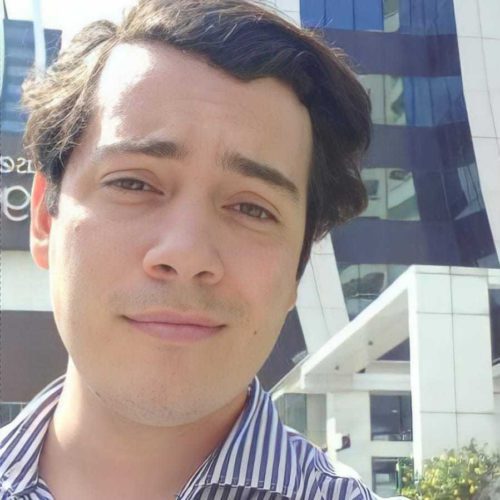 Interview Subject
Mariano Sopeña Irala is a political scientist and protector of the Jaguarendá Foundation in Paraguay. He is the son of Angel Sopeña Quesada, a Spanish doctor who revolutionized the field of fertility and sex change in Spain. Mariano has dedicated himself to the legal fight against powerful judicial corruption schemes in Paraguay that seek to dispossess the Sopeña family of their properties through false documents and illegal orders that have put Mariano and his family at direct risk.
Nowadays Mariano dedicates his efforts to preserving the Jaguarendá reserve, which previously belonged to his father.
Background Information
According to the Global Initiative against Transnational Organized Crime (GITOC), Paraguay has one of the highest scores in the Americas regarding organized crime. Added to these data are the levels of judicial corruption in the country, which have been denounced even by President Mario Abdo Benítez, which allowed the emergence of organized crime schemes in the offices of judges, politicians, and state officials. Through recent listings, highly relevant officials in Paraguay, such as former President Horacio Cartes and his family, have been designated as “potentially corrupt.” This situation has produced a structural collapse of the Paraguayan power system. Combined with cases of drug trafficking and other criminal dynamics, it has produced various social and political controversies seeking to confront the problem and ask for a solution.

LUQUE, Paraguay — While studying political science and interning at the United Nations, I had the opportunity to collaborate on diplomatic missions. Working and studying, I felt happy, and longingly wondered what I would do next.

I could not have imagined it would be something so personal. After my father’s death in 2019, I found myself confronting the very system that promised people protection in Paraguay – the judicial system.

An incredible man, a battle for his legacy

My father served as a front-line pioneering physician. He became the first doctor to freeze eggs, perform invitro fertilization, and conduct sex reassignment surgeries in Spain. People described him as a great defender of the liberation of Spanish women.

When he retired, he dedicated his time to forest conservation. Our family had two forest reserves in Paraguay, and my father was in charge of taking care of them. I highly regarded his opinion in every decision I made. I saw him an idol, a role model, and my best friend.

Our house in Paraguay – a historic estate – once belonged to Bernardo Luis de Velasco y Huidobro, the last Spanish governor of the Province. At a time, it also served as the retreat for José Patricio Guggiari, the last liberal president of Paraguay in the 20th century. When my father fell ill, people recognized the opportunity and began to appear. They wanted to buy our property and made ridiculously low offers. My father consistently refused to sell. On one occasion, some people beat him very badly. A year later, on February 19, 2019, he died.

The situation worsened after his passing. False promissory notes began to appear in different courts, with people filing lawsuits. They attempted to take everything away from us. I decided to fight. Initially, I was winning my cases, but soon ran out of capital.

A complex system of corruption strips family of inheritance

Considering my financial challenge, I began looking for a partner to carry out real estate development on one of the hectares of property my father left me in Luque. I came across the construction company CIVIS S.A., which previously operated under the name BGS Development, run by the Bendlin and Serratti Bordon families. I reached an agreement with them to develop one hectare together. They soon informed me of another case against the property. It appeared to be in real danger. The developers offered assistance through the services of Gilda Bordon Roux. I never imagined they would betray me.

In November 2021, we won the lawsuits by proving the false nature of the promissory notes. However, on December 1, 2021, a new allegation came forward and I faced the worst possible scenario. A false court order evicted us from our house. The property was transferred to a trust in Banco Rio in Paraguay. The company behind it was BGS Development.

As it turns out, all the shareholders of the firm had ties to Horacio Cartes and his family. Cartes has been recognized by the U.S. government as significantly corrupt and linked to people sanctioned on the Engel List. BGS Development benefited, and I lost my home. They transferred the property ownership in favor of the company’s shareholders through a series of dodgy operations, orchestrated by a corrupt judicial network of State officials and entities. Over time we have documented participants including defenders, police officers, notaries, judges, prosecutors, ministers, justices of the peace, and even Attorneys of the Republic – all involved in the scheme.

We did recover our property, but by then it had been destroyed, demolished, and looted. They took beams and cut down trees. Our property included the last and largest Amburana Cearensis tree (known as Trébol in Paraguay, the felling of which has been prohibited since Stroessner’s time) in the entire region. They wiped out this and other protected species. The incident proved to be one of the worst times in the history of my family.

Since then, I fight for justice. I opened a case based on the public entities who collaborated in this scheme of illegal activities. We obtained enough indictive evidence, but they chose to prolong the case. So far, the system has appointed and removed 47 prosecutors. We just need one honest prosecutor who will continue the investigation, to prove everything the evidence shows. It makes me very sad to see this happen. Criminal groups continue to threaten my life and I dare not go out in public. Yet, I never give up.

Still, we face challenges. At one point, we had an open case against prosecutor Stella Maris Cano. She carried out a questionable search of my mother’s temporary residence, looking for evidence against me. I never lived in that house or even visited it, as a way to protect my family. In that incident, planted evidence became an attempt to make us look guilty. I believe, if they cannot dirty my name or put me behind bars, they will have me killed or silenced.

After most is lost, one piece of land remains

After my father’s death, I settled in Paraguay to take care of his assets and also his important work. I focused on continuing the social support work he started, especially with indigenous communities. I looked after the protection of the forested areas including two of my father’s reserves: one in Jakare’i (the Department of Caaguazú) and also the Jaguarenda reserve (between Luque and Areguá). The latter includes an animal sanctuary.

Sadly, when he fell ill, looters invaded the first property. They stole the wood from the black Lapacho trees and later burned everything. The Jaguarenda reserve, which means “the place of the dogs” in the Guaraní language, remains in tact. It is home to a halophile ecosystem, where organisms thrive in a high saline environment. Located 30 minutes from Asunción, it sits between the Salado River and the Yukyry Stream (which means salty land). It remains the last forest reserve of its kind.

In the Lower Chaco, there are other forest reserves. However, this area promises to be developed residentially with the construction of the new Nueva Asunción bridge. The place also doubles up as an animal sanctuary that cares for 130 dogs. We ensure they recieve attention, love, and a peaceful life. Jaguarenda continues to collect funds to build a wall to prevent further access by poachers and deforestation. We are developing a membership and sponsorship project, as well as tourism in the reserve. This is the last remaining piece of my father’s work, and I will fight to protect it.

The power of opening up and going public

Initially, I faced criticism for speaking out and denouncing the attacks against my family through the press. However, the press made a big difference in my case. Without going public, our plight would have vanished into the dark as so often happens. I hope my case can become a benchmark in the search for justice in Paraguay. It can serve as a legal precedent and an inspiration to others, to make the abuse of power public.

I have spoken with several other victims of the mafias in Paraguay that connect real estate to political structures. We must not remain silent in the face of abuse. I encourage people to speak up, tell others, and talk to the press. There can be no justice through silence.

I want to put my father’s name back where it belongs. I want our property back, and to secure my future and my siblings’ futures.

Just putting people in jail seems like a waste of time. We must organize and guide more Paraguayans to bring about change. I hope to confront the powers who use justice to their own ends and cause terrible, unjustified events. It should never happen again in our country. Justice and truth are worth far more than the power and money of corrupt people. This is my mission.

Lieth Daelyn Carrillo Sánchez is a Colombian anthropologist and researcher who studies the dynamics of violence, conflict, and criminology in Latin American countries. She writes because she believes that words allow us to build and rebuild the world.