An NGO that worked for water conservation pursued me after my release from jail. They came and spoke to me about ensuring water availability for farming on my land. They made me talk to people who built structures to tackle water shortage. This opened my eyes to new possibilities. 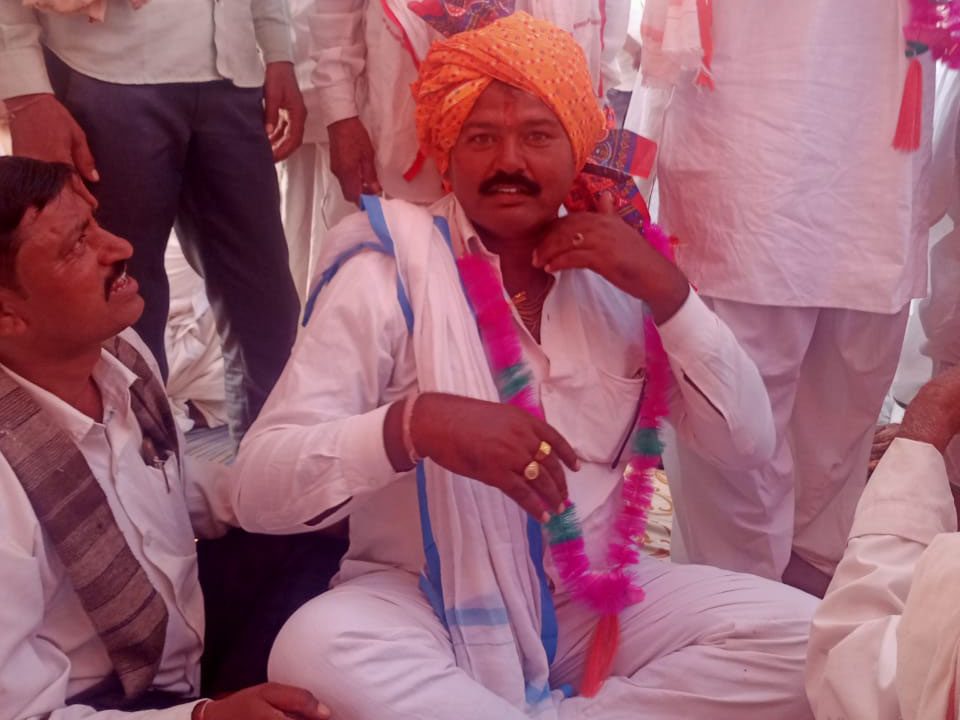 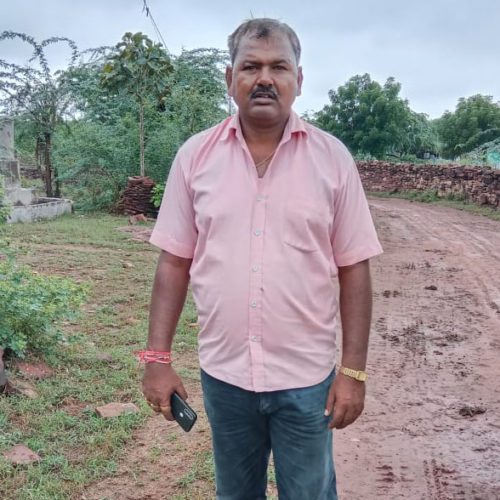 Interview Subject
Otari Gurjar, 45, was a dacoit in the Chambal region of Rajasthan. He led a gang for years. Then surrendered to the authorities in in 2015. With support from the NGO Tarun Bharat Sangh, he received direction to live a normal life as a farmer and environmental conservationist.
Background Information
Dacoity or banditry has been widely prevalent in the Chambal region of north-central India for decades. Feudal clashes, poverty, and exploitation have been considered to be major reasons behind people going into this line of organized crime. Efforts are still underway to nab dacoits who have been looting and ravaging the communities for decades. Meanwhile, NGOs such as Tarun Bharat Sangh and Satat Vikas are reaching out to several dacoits, giving them a new lease on life and turning them to farming and water conservation, to name a few.

DHOLPUR, India — In my early twenties, I picked up my first weapon and became a criminal offender in my nation. I looted and killed without remorse in the badlands of eastern Rajasthan for nearly a decade. They soon listed my name on the police register as a dreaded dacoit.

In a region dominated by deep ravines and rolling dunes, I easily evaded the police for years. Then, in 2015, I grew tired of killing, hiding, and running. My life caught up with me.

Young man looks to a life of crime

During my years as a criminal, I moved about the Dholpur and Karauli districts. We worked in the Chambal ravines where the borders of Rajasthan, Madhya Pradesh, and Uttar Pradesh meet. The badlands look just like the Bollywood blockbuster Sholay with their labyrinth of winding gullies.

The area serves as home to scores of big and small dacoit gangs. I ran a gang of 15 dacoits, always on the run. We had no livelihoods. I grew up seeing my father’s struggle to earn money despite owning acres of land. We had no water source and could do no farming. We starved for days at a time and had no respect amongst people.

Taking up criminal activities seemed to be a solution to my circumstances. The government did nothing to help resolve our issues. While I never wanted to pick up a weapon, I felt forced to. My life became one of uncertainty and compulsion.

After a life of crime, NGO offers support for farming

We created havoc in the Dholpur and Karauli areas. My daily activities included looting people, extorting money, stealing cattle, and anything else that provided me money. My family constantly worried about me and my marriage when I disappeared for months on end. To see my mother and father, I had to go into hiding. No sanity existed in my life.

In 2015, at 35 years old, I surrendered to the police after a decade roaming the ravines as a criminal. I spent six months in jail. While change of mind did not happen overnight, I developed good relationships with the jailer in charge and my fellow inmates.

Now, at 45 years old, I see the dramatic shift that took place in my life. I went from being a dacoit to giving up the gun and picking up a hoe.

Over time, I had acquired 25 bighas (roughly 15 acres) of land in Dholpur. It sat unused. Dholpur and Karauli are two of the most backward areas in Rajasthan, so no one pays any attention to us. Agriculture, quarrying, and mining act as the main occupations in the region. However, we could not engage those occupations due to lack of water.

An NGO that worked for water conservation pursued me after my release from jail. They came and spoke to me about ensuring water availability for farming on my land. They made me talk to people who built structures to tackle water shortage. This opened my eyes to new possibilities.

Finding peace with the new life

Many cases existed against me due to my former criminal behavior. However, after I surrendered and served my time, the NGO I encountered began to link outlaws with their water conservation work. Their vision brough change and prosperity to my life. My family felt overjoyed to have me back, and so did I. After coming out of prison, I took up agriculture and dairy farming on my land. I build a pond on my farm to store rainwater and use it for irrigation – the biggest pain point for farmers in this region.

One day, after selling mustard, I earned enough money to buy my wife a sari. She felt so happy. I gave her the remaining money and she went right out and bought me a shirt and pair of pants. I grow mustard, wheat, and vegetables and earn more than enough to feed my seven-member family (myself, my wife, three kids, and my mother, and father). Additionally, I rear buffaloes for selling milk. I contribute that money to the development of my region so that no one else has to pick up a weapon.

Then, the time came when a group of seven dacoits arrived on my property. They wanted me to go back with them, to a life of crime. I showed them what I was doing, and it motivated them to give up their weapons too. Of all the things I get to do, helping others leave behind a life of crime proves my most valuable accomplishment.

When I lived the life of a bandit, out committing crimes, I felt consumed by worry. Now, I lead a peaceful life. My eldest son is preparing for RAS (Rajasthan Administrative Services) in Jaipur. We broke the cycle. My past will not be their future.