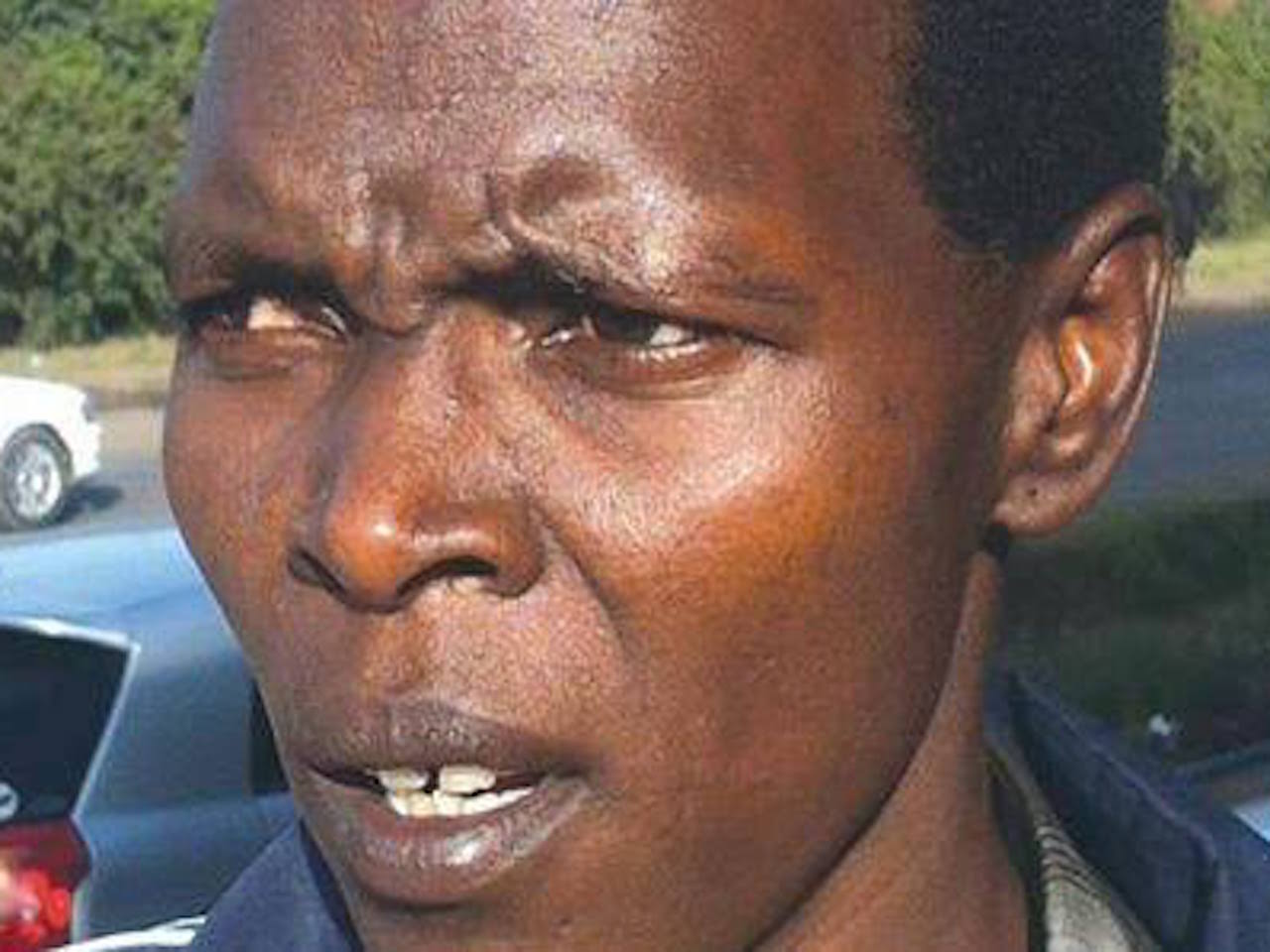 Richard Muasya, also referred to as RM in court documents, is an intersex person who was wrongfully convicted and abused in prison.

In our community, you are either a man or a woman. I grew up as a man due to my community’s expectations and having been born in the 70s, a time when no one knew about intersex people. I was therefore forced to live and act like a man. 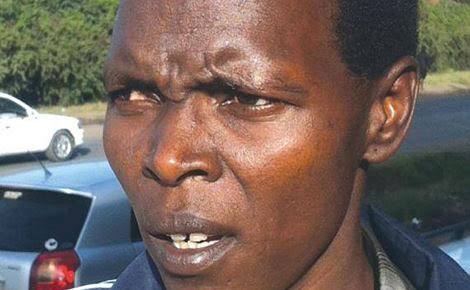 Interview Subject
Richard Mwanzia Muasya is a Kenyan citizen who identifies himself as an intersex person.

Now 47-years-old, Richard was wrongfully convicted in 2005 at the age of 31 for crimes he did not commit. He was imprisoned for five years before being exonerated.

In prison he was tortured, raped, and ridiculed by fellow inmates for being intersex.

Richard was awarded 500,000 shillings in damages for what he went through but never received that payment from the government.
Background
The intersex gender refers to a sexual anatomy that does not fit typical definitions for either the male or female body. Intersex people may have, for example, a male sex organ but internal reproductive parts of a female.

Likewise, an intersex person may have an enlarged clitoris or a very small penis. Any array of circumstances where the chromosomes and genetics are mixed can constitute being intersex.

Intersex people in Kenya in the previous years faced significant human rights violations, starting from birth. Many of the individuals had difficulties in obtaining birth certificates and others forms of documentation from the government.

Culturally, superstition outweighed reason and people thought being intersex was the result of a curse and would seek help from witch doctors.
The story of Richard Muasya brought the problem to light in 2010 and in the 2019 census, intersex was identified as a third gender in the country.

The Kenya National Commission on Human Rights (KNCHR) has also played a role in fighting for human rights including safeguarding the rights of intersex persons as equal persons before the law.

Still, complaints, cases litigated, and reports by the commission on intersex persons in Kenya reveal they continue to face human rights violations.

KITUI, Kenya — I grew up in the 1970s when no one knew intersex people existed.

Intersex people are born with sex characteristics that, according to the Office of the United Nations High Commissioner for Human Rights, “do not fit typical binary notions of male or female bodies.” For example, they can have combinations of male and female genitalia.

In my community, even today, you are either a man or a woman. Due to my community’s expectations, I was forced to live and act like a man growing up.

In 2005 I was accused of rape and robbery but given my condition, I could not have physically perpetrated such a crime. Instead, the police dropped the rape but charged me with the robbery portion of the assault.

I was arrested for a crime I did not commit and was confined to a male prison where I was repeatedly raped.

Being intersex was thought to be a curse and kept secret

Historically, intersex people in my community were condemned and stigmatized. People believed our condition was the result of a curse.

My mother Kavivian Muasya gave birth to me in 1974 when she was just 16 years old. She was happy to have her first child but could not have known she was carrying an intersex baby.

No one in our community had ever witnessed a baby born with organs that did not match the rest of their body. My mother and grandmother always wanted a baby boy so they decided I would be Richard and they dressed me as a male.

Due to my ambiguous gender, my country would not issue my birth certificate, identification documents, or any travel documents. My mother never took me to a doctor for surgery or to a witch doctor to perform rituals on me, like some intersex children.

My grandmother covered up my condition and no one in my village knew. When it came time for the customary circumcision ceremony, I went with two other boys to the doctor. The doctor told my mother that I did not have the organ to be circumcised.

They covered me with a piece of cloth to make it look like I had the procedure.

Sentenced to life in prison

One day in 2005, at 31 years old, I returned home after a walk. My mother informed me the police were desperately searching for me. They believed I was involved in a robbery.

I was retained at the Kitui prison for 15 days before being taken to court alongside three other suspects. We were facing two charges including violent robbery and rape.

I was innocent, but the police insisted I was the primary perpetrator. I argued with the cop, saying I had never performed that act since birth, but my explanations were in vain.

Biologically, I knew it was impossible, but no one would listen. Finally, the officer demanded we take off our clothes, which was a regular part of processing prisoners. I began removing my shirt and the officer went into shock.

He asked me why I was different and said that I appeared to be a woman, but at the same time, I was a man. Confused, the officer suggested I be taken back to the court so my case could be reexamined.

The magistrate’s court ordered the officers to take me to the hospital to verify my gender where a doctor’s report confirmed I had ambiguous genitalia.

Once it was clear I could not have committed the rape, the rape charges were dropped but the charge of violent robbery remained. I appeared in front of the high court judge Sir Isaac Lenaola in Kitui where I was found guilty of a capital offense and sentenced to life in jail in Kamiti Maximum Prison for men.

News spread all over the country about my arrest. Newspapers, television stations, radio shows, and magazines announced, “Hermaphrodite convicted.” My story and my private life were exposed.

Contrary to the prisons act, I was made to share a cell and sanitary facilities with male inmates. What happened to me in prison is unspeakable.

I was sexually abused by curious male inmates, ridiculed, and treated inhumanely. Inmates harassed me, forced me to strip and spread my legs, then mocked and laughed at me.

A lawyer named John Chigiti spotted my case in the newspaper and he visited me in prison. He said by confining me with male inmates, my rights were being violated and suggested we seek an appeal.

My lawyer presented three different cases. Throughout the process, I did not want to share my condition with the world. They assured my privacy. Finally, in 2010, after presenting my case to the Machakos high court, I was finally released from my wrongful sentence.

At the same time, Justices Hannah Okwengu, Ruth Sitati, and George Dulu verified that I was sexually abused in the prison and my rights were violated. In addition to my being relieved of my sentence, the court ordered that I be paid 500,000 shillings ($4,564 USD) for my pain and suffering.

The judge who convicted me, Sir Isaac Lenaola, asked for forgiveness. He said that he failed me and should have found a better place for me to serve my term.

Despite the court order, I was never paid anything for my suffering. My lawyer sent eight demand letters to the Attorney General asking for my award, without success.

My struggles helped others to have a better life

As a young person, I dropped out of school because I did not know what toilet to use, whether to interact with boys or girls or how to fit in. The small amount of education I have is from prison.

Marriage is an important step in life, but this can be difficult for an intersex person. I was never sure if I was male or female, or who to marry. Society expected me to grow up and get married and have kids.

Before the arrest, my father presented me with a wife who I married to cover up the situation. Nothing happened between us. We lived our lives together in peace. While I was in prison, she found a better life.

I do not intend to marry again. I just want to live my life. These experiences made me a bitter person.

One good thing came from it, though. My arrest saved others from the pain I went through. More intersex people come out and speak openly now.

Because of my story, intersex was officially made the third gender in my country and included in the 2019 census. In fact, Kenya became the first country in Africa to include intersex as a third gender in the population census.

According to the government, it was done to end the stigma and recognize the rights of intersex people who face challenges in accessing healthcare, education, and other public services.

In the past, many intersex individuals were shunned by their families. Children were bullied at school and adults struggled to get jobs. People like me faced physical abuse since they could not fit in with society.

I appreciate the government’s effort to recognize the third gender. Intersex people now have a voice. However, I would urge the Kenyan government to consider setting aside prison cells for the intersex group. It is critical to their safety.

We are humans just like you and we require fair treatment.

To the intersex individuals out there, come out and speak. Your human rights should never be violated.  To parents with intersex children, be proud of their gender and speak out on their behalf.