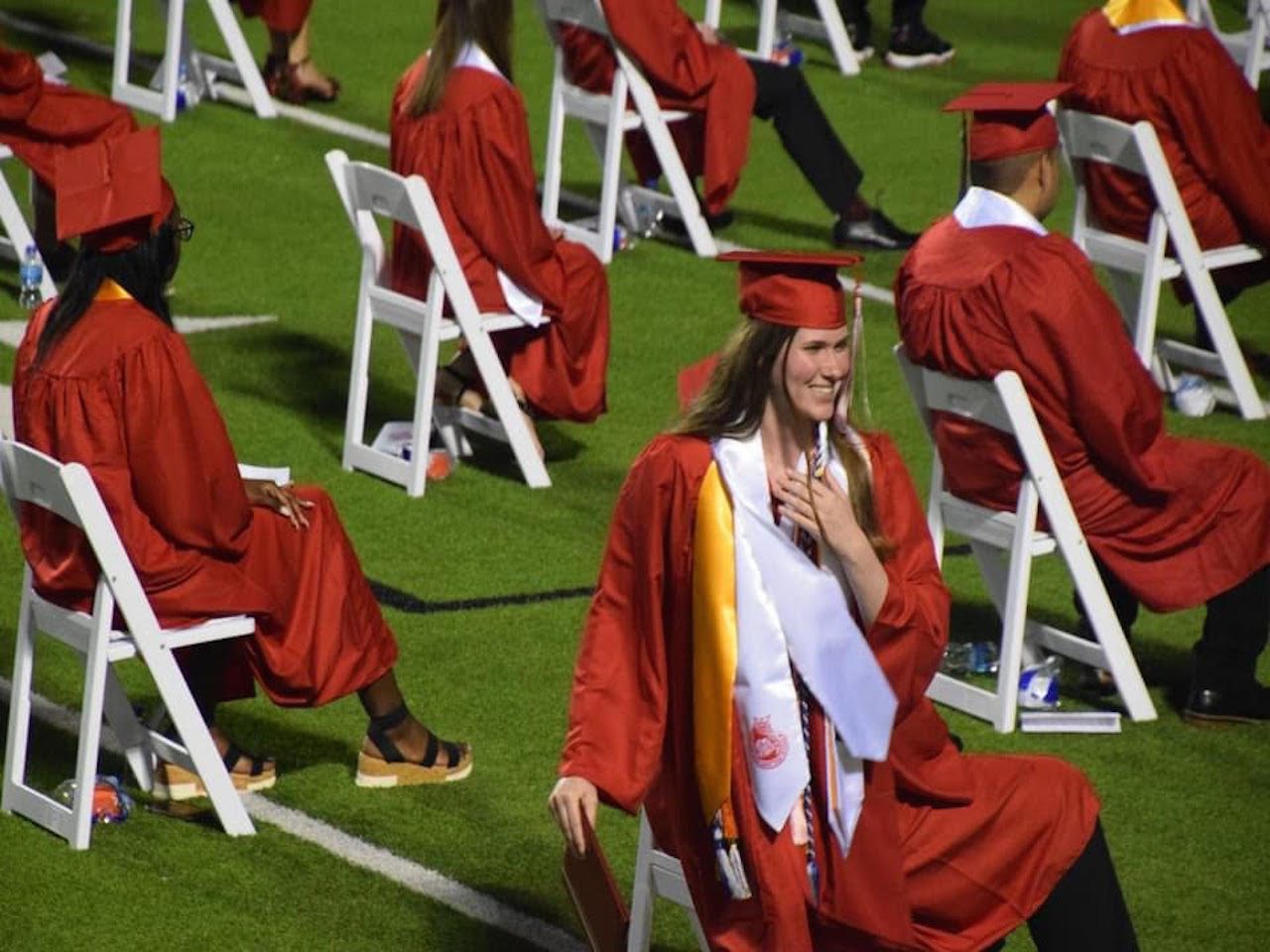 When I heard that the Heart Beat Bill [banning abortion as early as six weeks in Texas] was signed into law, it was like a brick breaking the wall. I felt a need to make a speech. 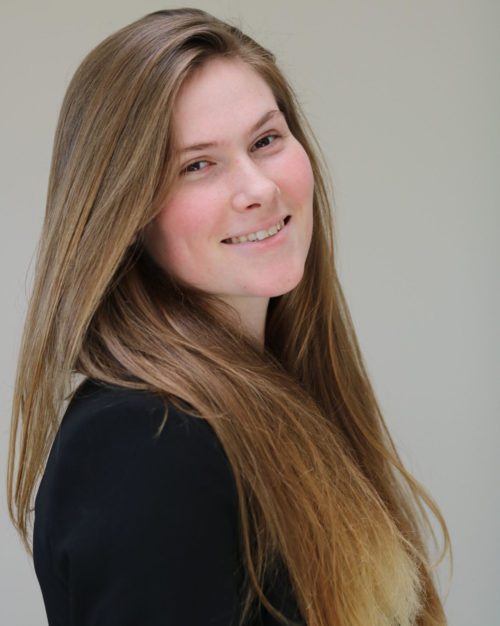 INTERVIEW SUBJECT
Paxton Smith is a student, writer, and musician. She is widely known for the valedictory address she gave at her 2021 high school graduation from Lake Highlands High School in Dallas, Texas, which confronted harsh abortion laws in the state.

The speech has since been heard around the world and has been translated/published in a variety of languages. She is now co-authoring A War on My Body; A War on My Rights, which is set to be released on January 22, 2022.

Paxton is carrying out her studies at The University of Texas at Austin, while also serving on the advisory board for A is For, a nonprofit that uses the arts to destigmatize abortion. Paxton encourages fans, followers, and those interested in the topic to find her on Instagram under Paxton A. Smith.
Background
On May 19, 2021, Texas Gov. Greg Abbott signed into law an abortion ban the moment a fetal heartbeat can be detected. The law effectively outlaws abortion after around six weeks, which is before most women even know they are pregnant.

This is the most extreme abortion law in the United States of America. The bill makes no exceptions including for situations such as rape or incest.

DALLAS, TX — When I heard the Heart Beat Bill [banning abortion as early as six weeks in Texas] was signed into law, it was like a brick breaking the wall.

I heard it passed in my government class and I had the realization that this was a real thing; a real problem.

I decided given the spirit of graduation – that you are celebrating a day when you are moving into the future, when you are supposed to make your own decisions – it was a bit too ironic that my decisions were being taken away from me.

I felt a need to make a speech.

I was dreading making the speech.

Originally, I planned to talk about content and media like television, Tik Tok, dance music, and art – and how realistic it seems; how they get you to connect on a deeply personal level; and how that can impact the way that you view the world and the expectations you have for yourself. Ultimately, that expectation is not always realistic.

I never actually finished the first speech. I spent about two weeks writing it and I could not come up with an ending. When I sent the speech in for approval, I wrote down an extremely cliché ending and sent that instead.

I thought that I would get a lot of fallout from making [the surprise speech on abortion law], and a lot of push back. I thought, potentially, the negatives would outweigh the positives for me; but I still feel like it was the right thing to do; that it was something I had to do and something that needed to be said.

I gave the speech, but I was not very excited about it.

My teacher (who I call Coach) introduced me to the graduating class. I walked up and was trying to think of something nice to say before I started. I’m not very good at expressing my gratitude, but Coach had a very big impact on my life. What I said [about him] was true.

Then, I pulled out the speech.

At that point, my mind went blank. It was a very neutral feeling. There were no nerves involved. All I was thinking was, “Okay here we go.”

A message about abortion law in a surprise graduation speech

I wanted to get across how it felt to have a law like that made, which restricts your rights or takes your rights away.

I wanted to talk about how dehumanizing it felt that a decision that big was taken out of my hands and the hands of so many other women. No matter what you do, things can happen and an unplanned pregnancy can happen. It doesn’t matter the precautions you take.

Nobody cared [about that] and at the end of the day, it was the government’s decision. That just felt horrible, and I wanted people to know how that felt.

There are so many sides to the issue. If I were speaking to a lawmaker, and we are assuming that there is no possible way they can understand the emotional implications, I might just take a logical route.

To make a law and to make legislation that restricts a woman’s right, that is so personal as to what happens with her own body, and that can have life-long effects on her, making that legislation on the premise of opinion is not okay.

The speech took off in the week after I gave it. Hillary Clinton tweeted about it, and it was trending on Twitter ninth in the world.

I’ve had a lot of interviews. I recently signed a book deal that will come out on January 22nd, the 49th anniversary of the Roe v. Wade ruling. All the proceeds of that book will be donated to the Afiya Center which is a charity that helps the black community in their reproductive rights and their sexual health.

It’s a little bit stressful, but I’m excited because I think I’ve been given an opportunity that a lot of people have not had, to speak out about things that are not okay in our society and to give a voice to the people who want that change and who have not been listened to.

The roots of critical thinking began at home

In my home we always had a very open line of communication, so we could always talk about anything regardless of how controversial it was.

My parents and I may not have always agreed on our positions on those controversial topics. However, we could have a discussion where we would listen and try to understand the other person’s point of view and take that into account in our own ways of thinking.

That heavily influenced the way I think and the way that I approach problems.

I have two siblings. I’m not entirely sure what they think about what I’ve done, but I hope they’re proud.

The reality and emotional impact of becoming a social activist

I want to say, first, that I appreciate what people have told me and I appreciate that they feel like they can open up to me and talk to me.

One of the hardest things is hearing people’s stories and how lack of abortion access has affected their lives, or their family members’ lives, or their best friends’ lives.

I think ignorance is very easy, and ignorance is nice and comfortable, but just reading the [stories people email me] exemplifies the kind of situation that we are in.

There are a couple of recurring stories I receive.

There is one where it comes from the generation that was alive before Roe vs. Wade was ruled. They talk about their experience with illegal abortions and how scary and vulnerable they were when they were pregnant and didn’t have any options.

It was all about knowing someone who knew someone so that you could get an abortion. They were very unsafe and a lot of times the women who tell me their stories ended up in the hospital and almost died because they had these back-alley abortions.

Then, there are the stories of people who tell me that they were raped and got pregnant as the result of the rape. They talk about how difficult that was already; and how appreciative they were to access their abortion healthcare and terminate their pregnancy.

A message to young people, victims, and activists

If you go an ay social media app, you’ll see a number of people talking about different social issues that are happening around us right now. I don’t know if there is ever a call to action. I don’t see those very often.

But, at the very minimum, they are starting a conversation and they are bringing it to the forefront of what people are thinking about every day.

To the readers and listeners, I would say, your words are not lost. People are listening to what you have to say.

If you want to talk about this [issue], and if this is something you care about, then I would encourage you to share your story. If you are not comfortable sharing your story, just talk about it with people and post it on your social media.

That is how people are going to start paying attention to this. 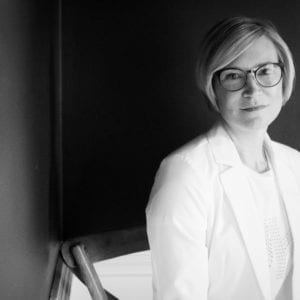