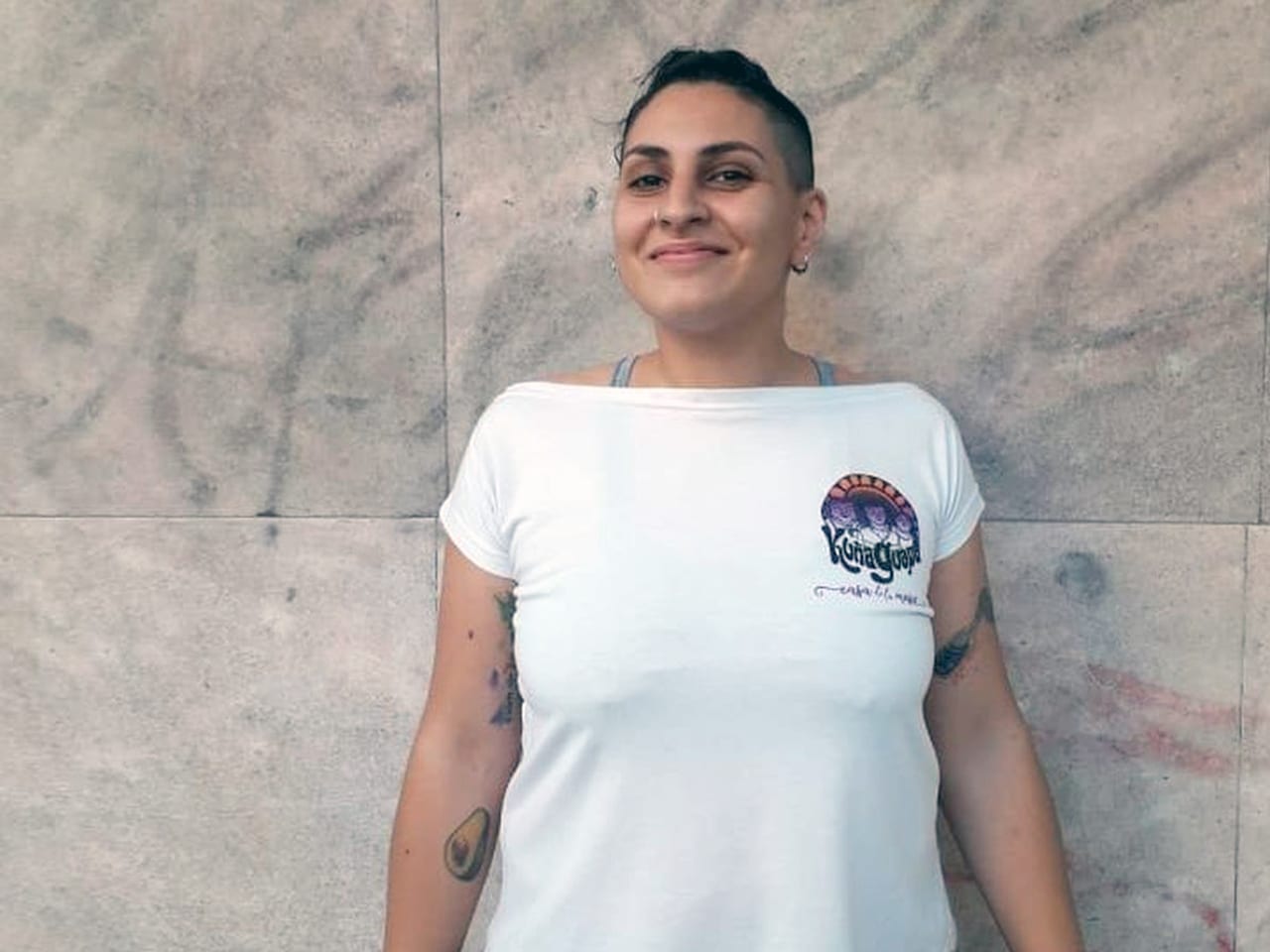 Lucía Capra: "Everything that women do from the activism, we already do it in daily life."

I spent days under his threatening gaze without being able to leave home. He broke my phone so I couldn't reach anyone or ask for help. 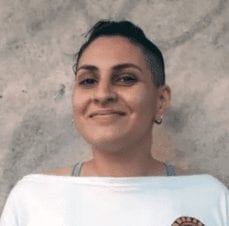 First-person source
Lucía Capra is from Villa La Carcova, province of Buenos Aires, Argentina. She has a daughter called Morena.

Lucía Capra suffered from psychological and verbal violence. She overcame traumatic situations and today she has established a space where, with another woman, they help lesbians, transvestites, and trans women in vulnerable conditions.

VILLA CARCOVA, Buenos Aires Province, Argentina — My daughter’s father is much older. When we met I was 15 years old and he was almost 30. It is something that men seem to have enabled. I got pregnant at 16.

Many women in my neighborhood have children in their teens, with men twice their age. It is a circumstance that I consider directly linked to pedophilia and happens daily.

Our relationship was very difficult. He used a lot of psychological, verbal, and symbolic violence on me. We were living together when one day I realized that I no longer loved him, so he decided to lock the two doors of the house and lock me up.

I spent days under his threatening gaze without being able to leave home. He broke my phone so I couldn’t reach anyone or ask for help. My daughter was an eyewitness to domestic violence.

It is sad, but for the women of my neighborhood, stories like mine are commonplace: an aggressive couple, who destroys all the glasses and plates in the house, who blows up a closet or uses a curtain rod to attack everything that is around him.

Like me, a lot of women in my neighborhood suffer violence and if you are openly lesbian, things are much worse. The news about sexual hate crimes is common, a pain that is repeated but no longer surprising. A friend told me of an incident where several men broke into a house — with the excuse of finding someone to rob — to rape her, hit her, cut off a finger from her hand, and yell “fucking lesbian.”

This situation led me to seek a solution to the problem that many women suffer daily. That was how I found myself with political activism, which is one of the most important things that happened to me in my life.

I decided that I wanted to be an activist and use politics as a tool for transformation. I was able to leave my problematic relationship because by then I was already politically active. My personal life is also part of my political activism. Fighting for our rights is essential.

I had to file complaints against the father of my daughter to establish perimeter protections and I endured many psychological pressures. I lived many years in tension, afraid to return home. I gathered the strength to stand firm and not back down from my decision.

The last time I saw him he was on the ground, handcuffed by the police, after destroying the locked front door and breaking into my house.

Certainly, my sexual identity was an aggravation for him. He always made it clear to me that he did not want his daughter to be raised in an “abnormal” environment. He felt that his personal and political privileges were threatened. It is something violent men tend to feel in their fragile masculinity and male ego.

Many women take years to be able to separate from their assailants because they have no money, no home, and they must care for children. A perimeter measure or a piece of paper does not stop a violent and armed man from wanting to attack or kill you.

It is not the same to be a lesbian in the City of Buenos Aires as in the suburbs of the province of Buenos Aires. The surroundings, outside the big city, are much more hostile.

My friends and I cannot fight for our rights by occupying public space in the same way as other people. We simply cannot do the same. We are disruptive to the environment.

As a result of a great effort, the feminist movement exploded in Argentina when the unappealable slogan of “Ni Una Menos” or “Not one [woman] less” appeared.

A massive space was generated. We develop many strategies in national meetings and we weave networks to position ourselves with greater visibility within the state and in social organizations. We did a great job with a lot of women from all over the country.

It was then that we created our Casa Kuña Guapa. There, we do prevention and outpatient care. We help and accompany lesbian, transvestite, and trans women in situations of problematic consumption of drugs and violence.

The state should help by creating community spaces and relying on women activists. There are things that are not taught in the academy.

Together with my colleagues, we support each other in each of our processes. We know that at any moment the violent husband can be waiting to hit us. We go to police stations to make a complaint together. We spent sleepless nights. We endure all the pain of the blows, motivated by the fear of dying.

Problematic use of drugs is a situation that is reached by a summation of issues that affect mental health. Nobody wakes up one day and, for no reason, begins to associate with psychoactive substances. We help people who, due to this same stigma, cannot go to a health center to ask for a contraceptive method.

They cannot easily go to a hospital if they get hurt, because the institutions are violent towards them. Mostly, these people do not have a National Identity Document or do not know how to express themselves and in health centers, they treat them badly. We: Lesbian, transvestite, or trans women, suffer double stigmatization.

At present, with the pandemic, it is very irresponsible to call for mobilizations. We had to reinvent ourselves and be very creative. By statistics, during this time, the number of complaints and unreported violence grew. All these health crises increased the risk of women to remain on the street or to live with an aggressor.

At Casa Kuña Guapa, we never stop accompanying those who need it most. We don’t stop assisting a woman who wants to report violence. We are always building new tools for virtuality monitoring assistance. Despite the quarantine, we continue to embrace women by doing everything in our power, which is not ideal but is all that can be done at this time.

It is a new way of looking at things, a new way of thinking as a community, and giving autonomy to women. Our colleagues must be able to rethink their life projects and our space offers them that possibility.

Lucía Capra is a popular feminist activist. From Villa La Carcova and in front of the Casa Kuña Guapa, she assists girls, lesbians, transvestites, and trans with problematic substance use. The construction of popular feminism.

According to the National Registry of Femicides of the Mumalá National Observatory, so far in 2020, 208 confirmed femicides have been registered in Argentina, 118 of them during the quarantine. Throughout 2019, a woman died every 31 hours from sexist violence; that is 284 femicides. 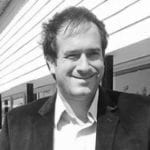 News, information, and reporter of political reality since 2001.