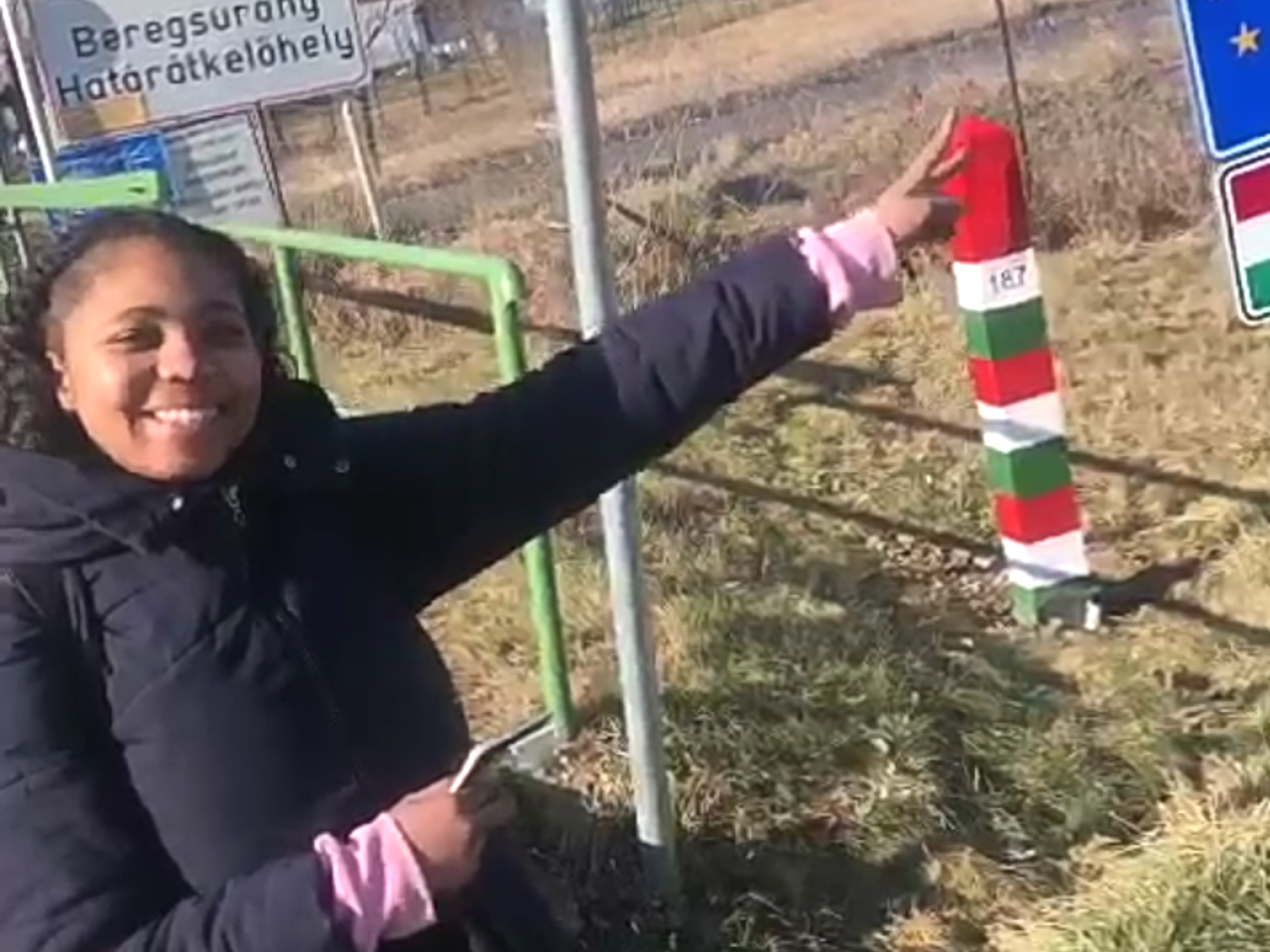 I do not hear the noises of war anymore. It's finally starting to sink in that I'm safe in South Africa. I no longer have to fear the turmoil in Ukraine and the racism that made it harder for me to leave. 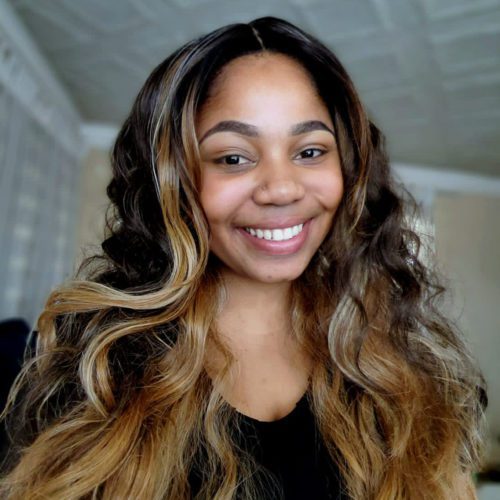 Interview Subject
Mandisa Malindisa is a South African citizen, who until last month was enrolled for her fourth year in a medical program at Kharviv National Medical University.

Though Mandisa is now back in South Africa, her university has been completed destroyed, and she remains in the dark on whether she will be able to continue with her education.
Background Information
Black South Africans can face limitations getting into South African medical schools and are often underrepresented. As such, they often seek to study medicine abroad. For decades, studying in Ukraine appealed to African students as a way of investing in higher education.

Mandisa was one of the several thousands of international students caught up in the recent Russian invasion of Ukraine. She faced danger throughout her evacuation due to bombings and explosions but also encountered racism from Ukrainian/Hungarian officials at the border, which almost prevented her from escaping.

The UN has confirmed reports of racism against Black refugees as they attempt to flee the Ukraine.

To read more of Orato’s unique, first-person accounts and coverage of the conflict, click “Ukraine-Russia” in the trending topics bar at the top of Orato.world homepage.

KHARKIV, Ukraine—As I lay in my bed in my apartment, listening to the loud banging sounds of bombs dropping all around Kharkiv felt surreal. This wasn’t a scene out of a movie, but a dangerous war that I somehow was caught up in.

My flight mode kicked in, and all I could think of was escaping. I rolled up some belongings into a duffle bag, and I was ready to escape. The journey was long, dangerous and tiresome; I haven’t fully processed some of the ordeals I went through.

I do not hear the noises of war anymore. It’s finally starting to sink in that I’m safe in South Africa. I no longer have to fear the turmoil in Ukraine and the racism that made it harder for me to leave.

On the morning of Thursday, Feb. 24, I woke up to explosions but thought the bombs were temporary. When the news about the bombings intensified, it finally sunk in that I was in the middle of an actual war zone.

Because I had already planned to leave the country when the government announced the intensifying invasion, I had no food in my apartment and had to go out and get food at the shops. On the streets, most shops were closed and people queued to get basic supplies at the few stores that were still open.

I got what I needed, returned home, and wallowed in sorrow and worry after a distressing phone call with my parents deliberating how I wouldn’t be leaving Ukraine as I had initially planned. It would be a much more dangerous process.

Uneasy safety at a bomb shelter

One of the biggest explosions was scheduled for around 3 a.m. the next day, so I had to leave my apartment and flee to the closest bomb shelter.

Getting there was not easy; I had to be mindful, as bombs are the most dangerous at night. I couldn’t see the incoming missiles or the rubble falling all around me. When I finally reached the shelter after a night of diving, ducking, and running, the sight of it overwhelmed me.

Inside, it was dusty and dark. Four older people and two dogs were also waiting out the night there. We sat together, engulfed by the sound of the dogs wailing, scared by the loud sound of the bombs.

I spent four hours there. They were some of the longest hours of my life.

Traveling across a war-torn nation

When I got to the subway, I contacted my brother as I knew I would probably lose signal and wouldn’t get in touch with him for a while. As I talked to him on the phone, a bomb dropped.

I knew that my brother, along with the rest of my family on the other side of the call, heard the loud bang, and it really heightened their worry and fear. That terrified me, but I had to focus on catching the train.

Catching the trains was kind of like an extreme sport. Some people went as far as flashing firearms to secure a place ahead of others. Seeing guns scared me, but I had to focus on finding a spot on one of the trains.

I finally made it onto an overcrowded train from Kharkiv to Lviv, which is on the opposite side of the country near the western border. It was supposed to be a straight trip, but the intensifying violence in Kyiv forced us to stop there for five hours. They turned off the engine, and the hours grew more and more uncomfortable as the heat spiraled up.

Finally, we reached Lviv after a 24-hour train ride (it should take about 14 hours). We transferred to another train from Lviv to Uzhhorod, near the Hungarian border, then took a taxi to the border itself. I felt a slight sense of relief; the first phase was over.

Racism at the Hungarian border

Officials put us Black students in a small room and told us to wait. However, I noticed white people arriving on busses and private cars and continuing on their way without interrogation. Frustration began to mount. I couldn’t understand why we were being delayed. They told us we had to wait for representatives from our embassies to escort us, and I tried to accept their reasoning.

However, as afternoon approached, we sat and watched the officials continue to permit entry into Hungary to countless white people. Meanwhile, other Africans and I continued to receive no word of when we’d be allowed to go in.

Finally, we pressured officials into an answer of sorts. They said they weren’t letting Africans through and reiterated that an embassy representative needed to provide a letter or come through with buses to fetch us. Fed up now, my peers and I began to protest. We cried and complained. We knew we were unfairly treated.

Around 3 p.m., they finally gave in and permitted us entry into Hungary. However, we hadn’t experienced the last discrimination.

At the stamp gate, sandwiches and juice awaited people who had been cleared to cross. I told my friend that the sight was such a relief—I was so thirsty and hungry. But as the other Black students and I neared our turns to have our passports checked and cleared, we watched, shocked, as officials cleared out the sandwiches and juice so we wouldn’t get any.

I glanced back after leaving the clearance gate and saw them replenishing the food for the white arrivals behind us.

While the discrimination hurt, it was the least of my concerns. I could only think of trying to find a place to rest my head once I got to Budapest.

Encountering a friendly face at last

The final leg of my journey left me feeling more hopeful.

My friend Nkateko encountered a man named Peter Harasztos at the train station where the bus had dropped us off. Peter had come because he was doing nothing at home and thought to go to the train station and assist evacuees.

Not knowing who Peter was, Nkateko asked him for directions to the nearest accommodation. But Peter gave him more than directions. He offered us his home to stay in.

In the few days we spent in Hungary before catching our flight to South Africa, Peter took us sightseeing in Budapest. His presence in our lives almost felt as if an angel had sent him; he offered us all a sense of comfort following days of violence, near-death situations, and discrimination. 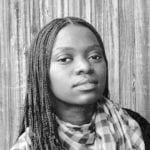