After a rough check of the attendees, the police rounded up 40 people including Muslims and non-Muslims. Authorities forced the non-Muslims to take a urine test before their release. Meanwhile, they isolated the Muslims and took them to the religious department, charged with cross dressing. 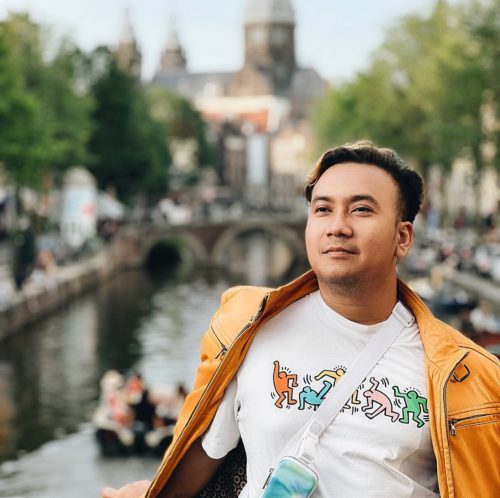 Interview Subject
Numan Afifi is an activist advocating for LGBTQ+ rights in Malaysia. He was among the more than 40 people briefly arrested for cross-dressing, encouraging vice, and public indecency in a police raid at a Halloween party in Kuala Lumpur. In 2017, he founded Jejaka, a grassroots organization facilitating LGBTQ+ peer support groups, in response to Malaysia’s increasing hostility to the community.
Background Information
Same-sex relations and gender nonconformity are criminalized in all states and the federal territory of Malaysia. The country has a dual legal system, subjecting Malay-Muslims (60% of the population) to Islamic criminal and family laws alongside civil laws. A 2015 report by New York-based Human Rights Watch pointed out that discrimination against lesbian, gay, bisexual, and transgender (LGBT) people is pervasive in Malaysia.

KUALA LUMPUR, Malaysia — Like any party, people danced around me and sipped on drinks when suddenly, police officers broke in. They moved toward the stage and took over the microphone. “Stop the music,” they ordered.

After a rough check of the attendees, the police rounded up 40 people including Muslims and non-Muslims. Authorities forced the non-Muslims to take a urine test before their release. Meanwhile, they isolated the Muslims and took them to the religious department, charged with cross dressing. Many of them had dressed as drag queens that night.

I did not dress as a drag queen that night, but I probably looked queer in the eyes of the authorities, with my eyeliner and all-black outfit. They asked me, “Are you wearing women’s clothes or men’s clothes?” I told them, “Men’s clothes.” Nevertheless, they arrested me for “encouraging vice.”

Many parties took place throughout Kuala Lumpur on the night of Halloween. The police did not interrupt most of them. Over the past few years, authorities in Malaysia have targeted events hosted by LGBTQ+ groups to arrest people for cross-dressing, encouraging vice, or public indecency. A raid like this may happen once or twice a year.

Understanding the risk, organizers applied for permits from the authorities to make sure the LGBTQ+ Halloween party could go ahead without interruption. The police gave organizers their word, so we felt quite surprised when 30 to 40 officers barged into the venue, barely an hour into the event.

Shortly before the raid started, I spotted a couple of plainclothes police officers at the party. They stood out, wearing jeans and polo shirts, unlike everyone else who dressed up for Halloween. They did not dance or participate. Rather, they stared at the attendees the whole time.

Everything happened so fast. Despite catching sight of the police, I quickly dismissed the idea that something unexpected could happen. In any case, I could do nothing to stop them from breaking up the party in the first place.

The crowd began panicking as the police moved around the room. I felt uncertain how the police would behave, and it scared me. The feeling soon went away when I learned there were lawyers at the event. After talking to them, I called all the activists and lawyers in my network who did not attend the event. I asked them to come monitor the situation, as the police tried to take people outside.

After my arrest, I received a summons to appear for an investigation at the end of November. They released me soon after my arrest. I suspected the police saw me as I helped around 20 of the arrested Muslims, telling them what to say to the authorities. I also handed them my phone and told them to put their name and number in my contacts before being sent to the Federal Territories Islamic Religious Department (JAWI).

We knew the authorities would hold the arrested individuals until the next day. However, we managed to get lawyers to come to the department. They negotiated with the officers in charge, arguing that it’s illegal to hold the arrested if there’s no investigating officer around. The police agreed to the release. They asked for 20 Muslims to bail out those arrested in order to make sure they would come in for an investigation later in the month. The prosecutors hadn’t decided if they wanted to press charges.

Luckily, we managed to quickly mobilize volunteers to help them. The raid happened early in the night and spread rapidly through social media. Many expressed eagerness to help, even though they were supposed to be at other parties.

Increasingly difficult environment for the LGBTQ+ community in Malysia

It’s becoming more and more difficult to be a member of the LGBT community in Malaysia. Politicians and religious leaders demonize LGBTQ+ people in their speeches all the time. They say the community stands as a threat to national values and will draw God’s wrath on the country.

After authorities charged the former deputy prime minister Anwar Ibrahim with sodomy, vilifying the LGBTQ+ community became a staple in elections. The situation gets worse with every election.

All the hate speech will have consequences. It motivates some people to take matters into their own hands, seeing that the authorities aren’t taking action to protect us. This worries me because you never know what radicalized people may do. 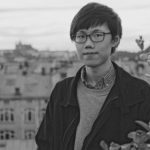 Bryan Chou is a Taiwanese journalist based in Taipei. When he's not writing, you can find him painting nature from his imagination.