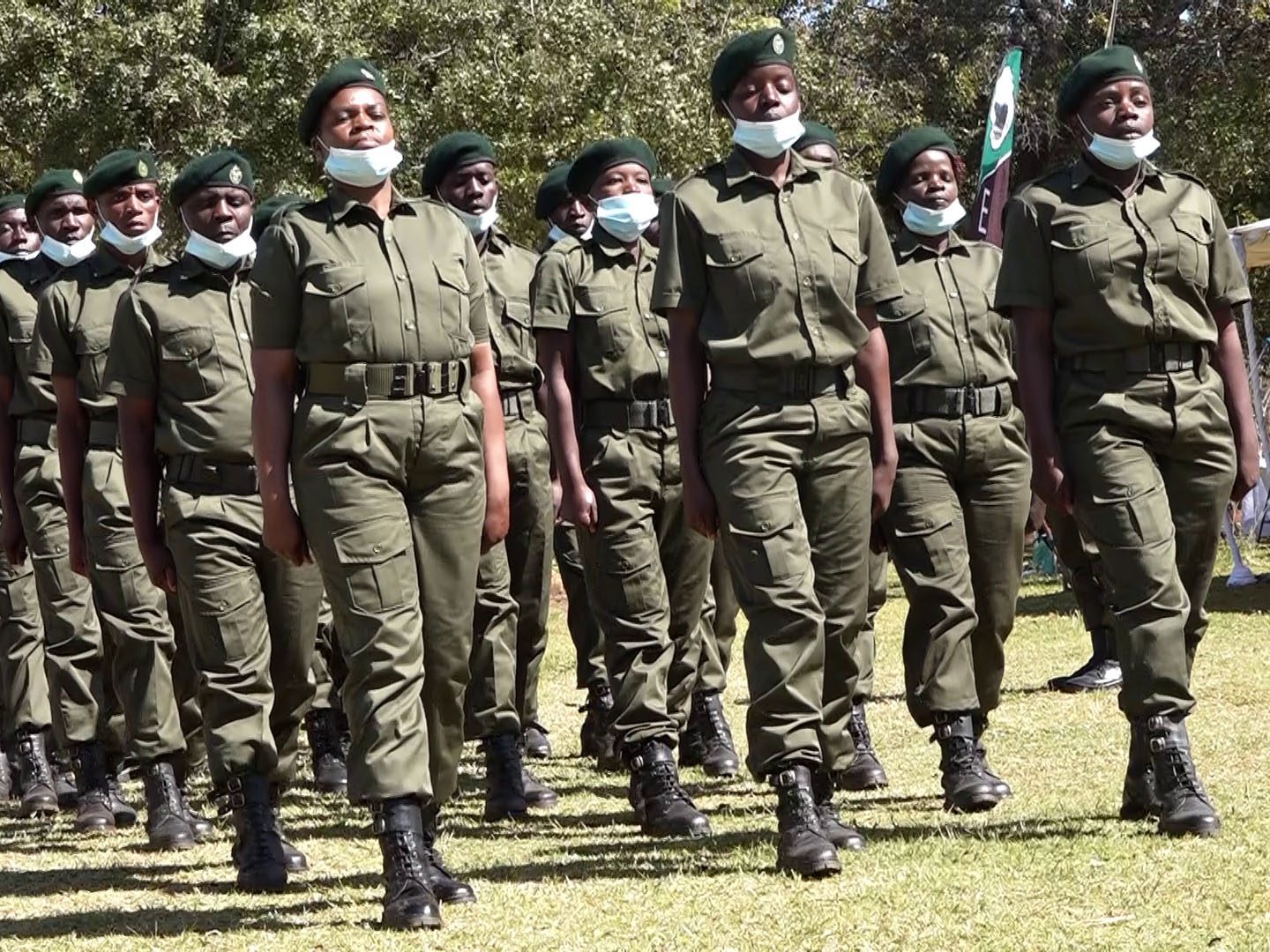 Through the rigors of training, the men encouraged me. I got little medical help, unlike my female counterpart, and the men would say, "This is your only chance to prove them wrong. You are the first black girl here, and you are making history!" Their words strengthened me. 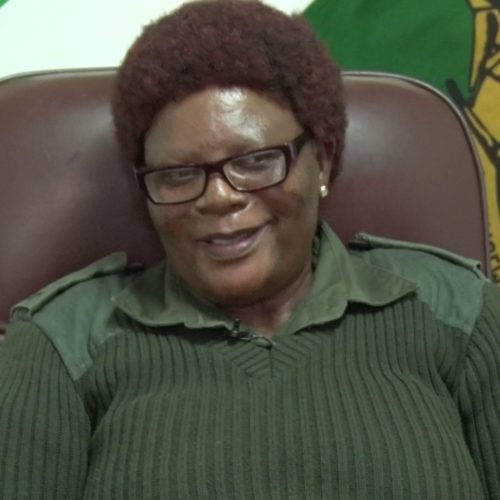 Interview Subject
Doris Tom, 62, is the first black female ranger in Zimbabwe. She joined Zimbabwe National Parks when she was 22 years in 1982. She has been serving the organization for close to 40 years. Doris is among the few who have been strategically involved in several transformational stages of the organization. She has been instrumental in the changes the Zimbabwe National Parks boasts today. She has worked in all 47 stations that the organization has.
Background Information
One in five African rangers is female, according to a 2016 World Wildlife Fund Survey. Throughout the continent, there are a handful of female teams including South Africa’s Black Mambas and The Lionesses – a group of rangers in Kenya. In Zimbabwe, there are the Takashinga. Zimbabwe National Parks says it is the largest employer of female rangers. Zimbabwe is home to 80,000 elephants, about a fifth of Africa’s total population.

HARARE, Zimbabwe — While visiting my uncle in Bulawayo, I discovered my path in life. I wanted to be a female ranger.

I picked up a newspaper one day and spotted an advertisement from the Zimbabwe National Parks looking for rangers. So, in 1982, at 22 years old, I submitted an application. Most women were becoming nurses or teachers, but I wanted to do something different. Every Friday, I traveled back to my uncle’s house to check for a response.

Finally, after several weeks, the Parks invited me to an interview at the Bulawayo provincial offices. Little did I know this would mark the beginning of a decades-long career that would change my life.

I made it through the first interview and the Parks officials directed me to Harare. This would be my first time ever going to my country‘s capital. The furthest I ever traveled from Bulawayo was Gweru, 160 kilometers or 99 miles away.

I had been teaching temporarily and a woman I worked with invited me to her house, where her children would take to my next interview. When I reached the Zimbabwe National Parks headquarters, I realized other women applied for the job as well.

In our first task, we had to run 13 laps. I came in first, beating all the other women. The second task involved a written test held at the University of Zimbabwe. One week later, I received a response. They accepted me as a ranger and requested my uniform size!

Training commenced in September of 1982. I spent my first year in Matopos. I found myself immersed in a rigorous training – both physical and academic. Every morning, before breakfast, we ran around a big damn nearby. We practiced weaponry, welding, horseback riding, bush crafting, and animal tracking.

The group consisted of 17 new recruits included 15 men and two women. The other woman, Sharon Brannan, was white – making me the first black woman in history to join the rangers. Through the rigors of training, the men encouraged me. I got little medical help, unlike my female counterpart, and the men would say, “This is your only chance to prove them wrong. You are the first black girl here, and you are making history!” Their words strengthened me.

At the end of training, ranger faces a shocking statement

As we walked very long distances in training, the guys waited for me and helped carry my weaponry until I acclimated to the demands. Once, we received punishment for being late. Roll call took place at 5:30 a.m., but the previous day, the strenuous workout left us all tired. When our principal and trainer arrived at roll call, he found no one there.

As we arrived, he counted the minutes each person was late. I had to walk 10 kilometers or six and half miles to camp for being ten minutes late. He took us in his van to a point 10 kilometers away and gave us Goliath bricks to carry in rucksacks. My colleague and I walked all the way back to camp, lugging bricks and rifles.

In 1984, our class graduated in Mushandike. We enjoyed a two-week break before heading to the office for station allocation. For three days, they divided us into groups. On the third day, and as part of the final group, I watched as everyone allocated to a station except for me. I began questioning myself. “Why is this happening to me? Could this be the end of the road?

After a while, the director, the late Dr. Nduku, called me into his office. He asked if I knew why they delayed my allocation. I did not have an answer. He replied, “It is because, as an ex-combatant, these whites do not want to work with you.” I never served in combat as a soldier. I felt shocked and confused.

Woman rises up through ranks to senior leadership

In that moment, I thought of our training days. The trainer often questioned the way I executed my assignments. I was so fit back then. He also questioned the constant encouragement from the guys. I never wanted to let them down or show weakness, so I drove myself relentlessly. Rifle training proved easy, and I aced the bullseye. I also rode the horses very well.

Now, awaiting my assignment, I realized my success in training and lack of fear made the trainer think I had experience elsewhere. It all began to make sense.

The director told me not to worry. He assured me I would be assigned to Bulawayo. Ncube would train and prepare me for Inyanga, where I was to have a white warden. Dr. Nduku also assured me they would not assign me to a station with a lot of animal shooting. He feared my white colleagues might kill me, catching me with a stray bullet. They assigned me to the tourism station Inyanga.

After several years, I transferred to Matopos, another tourism station. Being good at my job, I ended up working every tourism station possible. Later, I deployed to Marongora, a hunting station. I went specifically for administration. During my four years there, I never faced any challenges.

Eventually, between 1995 and 1998, I served in the head office as the leader for Tourism at a national level. I even represented Zimbabwe at the World Tourism Market in London and Germany. I went on to become the first female Regional Manager in Matabeleland.

Overcoming hurdles and dedicating four decades to a career I love

In 2005, a drought hit the region. We believed animals died from the drought, including five elephants. We discovered later, the drought did not kill them. Rather, someone poisoned them with anthrax. I faced intense criticism. “Look at this woman,” people said, “She is failing to run the region.” I moved to the head office at that point, to take charge of Operations and Security. As the person in charge of the armory, I worked hand-in-hand with the Army. Over the years, I worked in every possible region and transferred more than 20 times.

Being a ranger affected more than just my life. My late husband, who I met in college, served as a ranger. My daughter is a ranger today. We see many couples in this organization. Being married to another ranger proves easier for us. Imagine marrying a bank teller then being transferred to a remote region. It would be hard to agree to or understand. With a fellow ranger, we take our romance into the wild.

Today, I proudly serve in the head office, in charge of the Communities and Conservation Department. Through my 40 years of service, I have no regrets. Every day is a holiday. In this work, I come across new things and people every day. I meet visitors from around the world, coming to see Zimbabwe. I feel lucky to call this my place of work. 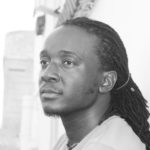