Injury to activism: ‘Girl on the bus’ fights for basketball in Argentina

A minor injury and the events that followed almost cost Paula Reggiardo her career. 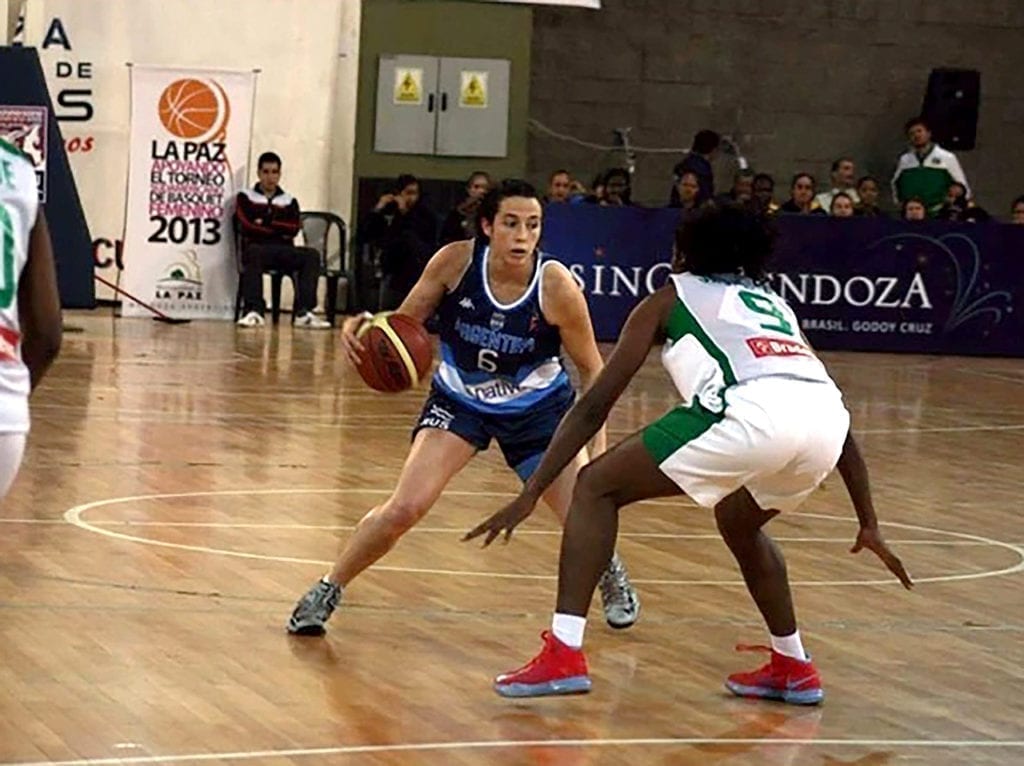 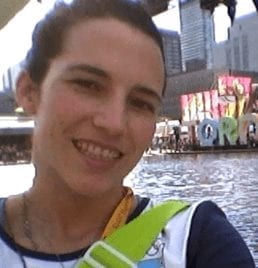 First-person source
Paula Alejandra Reggiardo is an Argentine basketball player and part of La Colectiva Básquet, the first group that fights for equality and representation in basketball in Argentina.

BUENOS AIRES, Argentina — My whole life is basketball, and it’s a life that I nearly lost.

Ever since I was seven years old, basketball has been an overwhelming force for me.

But a minor injury on the brink of a Pan-American tournament almost ended my career. My back wasn’t the problem — it was the lack of representation and respect for basketball players in Argentina.

Years after returning home to Argentina and gaining fame over a viral photo of me captioned “the girl of the bus,” my desire to advocate for the sport and female athletes has taken control.

I am part of La Colectiva Básquet, the first group fighting for equality and representation in basketball.

It’s time for a change.

I am Paula Alejandra Reggiardo, named after my grandmother that disappeared during the fallen dictatorship in Argentina and the Dirty War.

I began playing at the Obras Sanitarias club, and it was there that I had Andrea Gale as a coach. She’s an outstanding player from Argentina who wore No. 6.

From that moment, she became my idol, and I began to wear the same number.

Through my love of the sport, I became a physical education teacher, worked as a coach, and dedicated myself to basketball as a high-performance athlete.

My first contact with the Argentine National Team was while playing for Club Atlético Platense in 1991 when I became a South American U16 champion in Peru.

Then I went to Velez Sarsfield, where I enjoyed many tournaments and had the opportunity to improve my game. But my desire to progress led me to Europe.

In the 2010/2011 season, I joined Space Tanit de Ibiza, in the Liga Femenina 2 before going to Santa Rosa de Lima Horta, in the Catalan Cup in Barcelona.

The last European team I played for was Ensino Porta Once from Lugo, in Galicia, which also belongs to Liga Femenina 2.

But my goal was always to return to Argentina.

In 2015 I returned home to share what I learned in Europe.

Later that year, with the Argentine National Team, I was set to play the Pan-American tournament in Toronto.

The day before we left for the pre-tournament tour in Puerto Rico, I had a sore right psoas — a muscle in the lower back that stretches to the pelvic region. In my eyes, it was a minor injury.

But the doctor and kinesiologist urged me to rest and recovery.

Despite my injury, the squad was complete. We were 12 strong players ready to jump onto the court to get the W.

After training, before we left for Puerto Rico, the coaches asked to speak with me in private. My heart sank. I knew something was wrong.

They removed me from the team, claiming I could not travel in my condition.

Only, they reverted their position, regardless of the doctor’s opinion, when they concluded that there wasn’t enough time to get a ticket for my replacement.

I didn’t understand what was happening.

The injury was not serious enough to leave me out of the tournament, but they insisted that I was no longer part of the team.

Tears and an uneasy feeling in my stomach filled that afternoon. The pain was indescribable. The anguish took over all my thoughts and emotions. Neither my colleagues nor I understood what was happening.

It was the most painful experience I endured after my mother’s death in 2008.

After the training session and photoshoot, the coach told me, “Reggiardo, pretend nothing happened.”

I understood that they could not replace me, but they failed to consider the team. I took it as a goodbye.

Their inconsistency permeated the entire tournament. In the beginning, I played only a few minutes per game. By the end, I was a starter.

At the end of the tournament, I was able to say goodbye to my teammates. Between tears and anguish, they heard how I suffered.

The girl on the bus

Upon arriving in Argentina, I took a bus home.

Dressed in Team Argentina garb and wielding a bag that said Toronto 2015, a man asked if I was returning from a competition. I explained that I represented our country in basketball.

Another man at the back of the bus took my photo and captioned it, “The girl of the bus.”

That’s when my story blew up.

The days that followed were insane. I spoke on radio stations, television programs, and had my image on media across the country.

Only, at that time, I didn’t understand why.

The recognition stemmed from something I did every day: play basketball, ride the bus home, study, and work. But it sparked a revolution.

People didn’t comprehend how I could represent the National Team yet use public transportation. That photo was a catalyst for conversation about my career and my story.

Mixed feelings followed the public attention I received back home.

With my newfound attention, I fought to help the sport build a strong and more respected following. I wanted to help people who, like me, gave everything for the sport.

Today, more than five years later, I am part of La Colectiva Básquet: the first organization fighting for equality and representation in basketball and women in sports.

We are on a one-way path towards equality. I hope that others won’t need to suffer the experiences I have.

The Argentine women’s basketball team is formed by natural or nationalized Argentine players who represent the Argentine Basketball Confederation in the various competitions organized by FIBA ​​Americas and FIBA ​​itself, in addition to those organized by the COI at the regional level.

The team has two South American Women’s Basketball Championships obtained in 1948 and 2018, in addition to being runner-up 16 times.

Argentina obtained two silver and two bronze medals in FIBA ​​Americas competitions. Both runners-up earned them qualification for the World Championship. However, Argentina has never reached the semifinals at the Pan American Games.