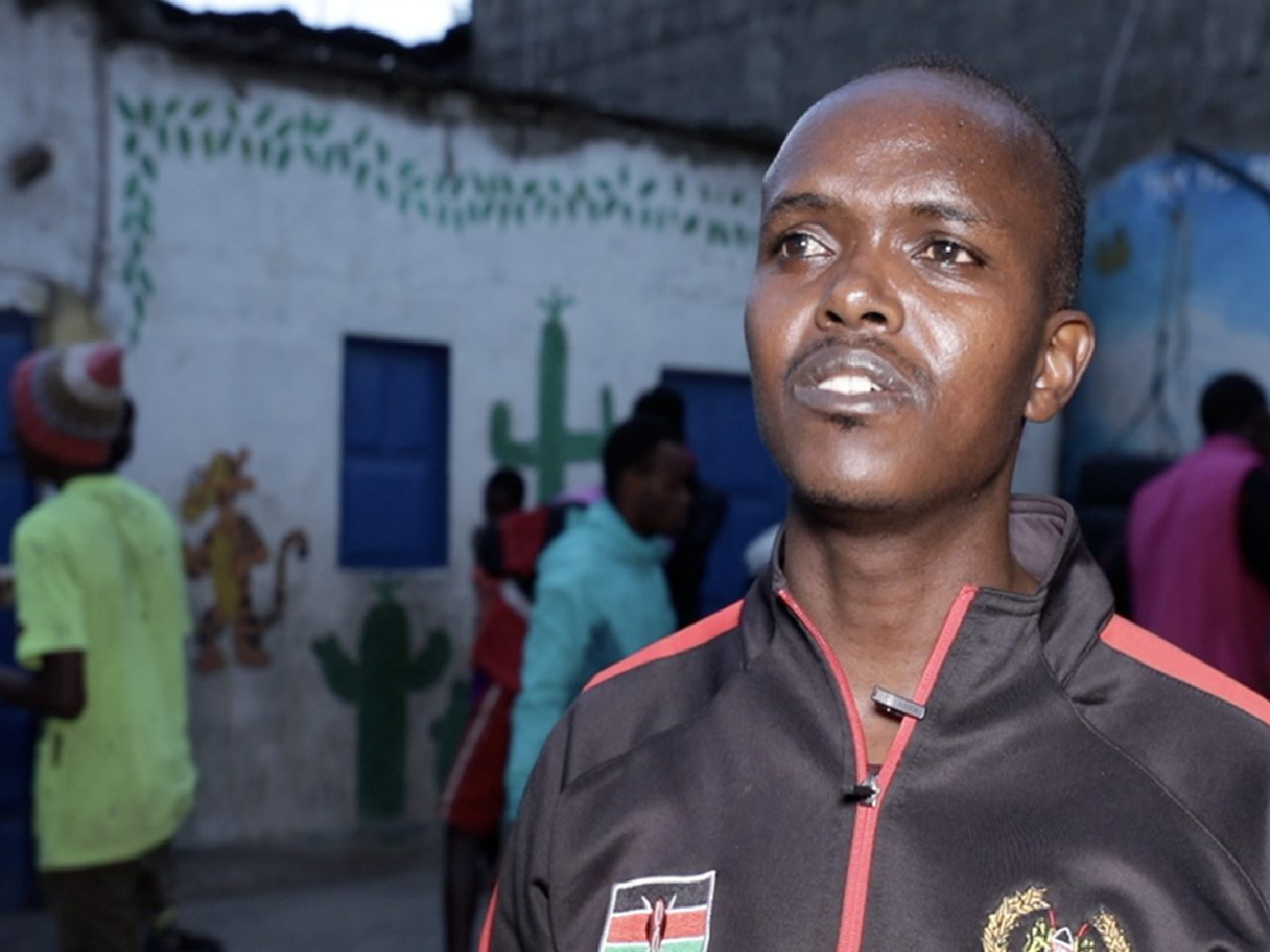 One night, we all slept hungry, and I came home the next day to find my mother crying. It was then that I decided that my hands would change our story, and ventured into boxing for money. 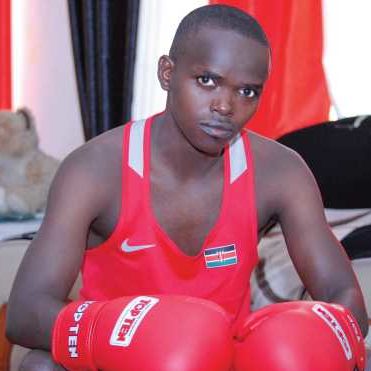 Benson Gicharu Njangiru was born May 3, 1985. Growing up in the slums of Nairobi, Kenya facing extreme poverty, Benson attempted suicide as a child but survived. Later, his own father committed suicide.

Seeing his mother grapple to make ends meet, he went into amateur boxing to support her and his siblings. Eventually Benson graduated from secondary school and became a police officer. His boxing career—including appearances at two Olympic games—continued until his retirement in 2018.

Today, Benson says appreciation for boxing in Kenya is waning amongst the public. The facilities used for training fall far below required standards. He dreams of seeing more people embrace boxing and go on to exceed his own achievements.

Benson envisions his boxing academy becoming a center for success, especially as teenage girls show increased interest in the sport. He says his tough life growing up and living in the slums with a single parent testifies that you can soar to great heights despite the odds.
Background

The proportion of Kenyans living on less than the international poverty line ($1.90 per day in 2011) is 36.1% as of 2015/2016. Benson Gicharu decided to pursue boxing as a means to support his family living in in the Mukuru Fuata Nyayo slums.

His first big break into boxing came in 2004 when he was selected to fight in Qatar along with eight others. He boxed for seven months there, but the government required a change in his citizenship in order to stay in the country. At that time, Kenya did not allow dual citizenship, so he quit and returned home.

In 2004, he earned his Kenyan Certificate of Secondary Education and joined the Kenya Police Service, going on to represent the force in the National Boxing League. He found a great boxing coach and joined the national team after defeating a heavyweight champion in 2009. His abilities in the ring were paying off and he could finally, comfortably care for his family.

That same year, the national boxing team invited him to the International Boxing Association’s World Boxing Championships in Italy, where he lost in the first round. A year later, he took his first medal in the Commonwealth Games in New Delhi, India: a silver in the flyweight division.

In 2012, he qualified for his first-ever Olympics at the London games, where his opponent beat him in the first round. The Commonwealth Games in Glasgow in 2014 would be his next port of call, this time as a bantamweight fighter. He made history, becoming the first boxer to win medals in different weight categories while clinching a bronze medal.

In 2016, he qualified for the Olympics in Rio. He won a gold medal at the qualifiers, but lost in the first round of the Olympics and suffered a serious hand fracture. In 2018, after the Gold Coast Commonwealth Games, he retired from competitive boxing.

NAIROBI, Kenya ꟷ Growing up in the slums of Nairobi, I saw little room to change my life. The odds were stacked against me, both at home and in society.

My aunt saved me from suicide, only for my father to kill himself later. He left my mom alone to raise us.

With no funds for school, I became a professional boxer and provided for my family. I even competed in the Olympics.

Today, I help young boxers perfect their skills in the slums where I grew up. There is no greater exercise of the heart than to train children.

From a young age, I battled self-esteem issues, made worse by my parents, who compared my academics and self-discipline to that of my siblings. A stereotypical slum boy, I rebelled.

In 1996, at the age of 11, I spent a week contemplating suicide. One day, my family left me home alone. It seemed the perfect time to enact my plan. I took a rope from under my bed, tied it above the headboard, placed it around my neck, and prepared to let go of my life.

However, I had not closed the door to my room, and my aunt showed up for an unexpected visit. She found me, and I escaped death by a hair. The suicide attempt left me marked with bruises.

My parents asked why I did it, but I said nothing. Deep down, I knew it was the constant comparisons to my brother.

I did not know my father also battled thoughts of suicide. Life at home seemed unbearable, and my parents could barely make ends meet. Things only got worse as time went on.

One day while at school about a year later, I felt the urge to go home earlier than usual. When I opened the door, I saw something standing in the middle of the house. It scared me. I ran and called my neighbor, pleading with him to come.

When the neighbors arrived and witnessed the scene, a tense atmosphere engulfed our home. I knew something was wrong. Moments later, they told me my father killed himself. I felt such pain, and saw this as a selfish act. Why would my dad take his life when our family faced so much hardship? He left my mother alone to raise me and my two younger siblings.

After that day, I became bitter.

I had always been targeted by the big boys in the slums, and students also began bullying me at school. I was scrawny, and I knew my suffering would only continue if I did not defend myself. When I realized I could throw a hard punch, it turned into a hobby.

Boxing gave me a thrill. I could throw my frustrations into it. With each punch, joy emanated within. Going to the gym to exercise became religious, as my access to education dissolved.

Despair for my future set in when I lost my scholarship for secondary school, and our money ran out despite repeated attempts to pay the school fees. I worked casual jobs to help support our family and did return to school for a brief time, but money remained an issue. One night, we all slept hungry, and I came home the next day to find my mother crying. I vowed from that moment forward to monetize my boxing skills.

Big boxing break takes boy out of slums to the Olympics

My first big break came in 2004 when I was selected to fight in Qatar [in Western Asia near the Persian Gulf]. During the seven months I boxed in the Middle East, I kept my siblings in school and continued my own studies.

After graduating, I joined the Kenya Police Service and represented them in the National Boxing League. Over the next several years I fought and earned many medals, but lost in the first round of the 2012 London Olympics.

In 2016, I set my sights on the Rio Olympics. Amateur professionals had to qualify in Venezuela. Uncertainty set in as I had no money to fly there, let alone a Visa.

However, just two days before the qualifier, I unexpectedly found the money to purchase a plane ticket. With no funds left for accommodations or food, I proceeded to the airport. I carried only my invitation to qualify. By the grace of God, they allowed me onboard and to travel to South America without a Visa. I describe that moment as the “Miracle of Venezuela.”

I had no coach but still managed to win a gold medal at the qualifiers and made it into the Olympics. Though I lost in the first round and suffered a serious hand fracture, it prepared me for more important work back home.

Today, I help young boxers perfect their skills in the Mukuru Fuata Nyayo slums, where I grew up. There is no greater exercise of the heart than to train children. My joy comes from seeing them succeed in life.

The children and teenagers growing up in the slums are easy to relate to. We share the hardship of growing up in the shackles of poverty. Boxing gave me a way to vent my feelings. It was a tool that that changed my life, and I encourage young people to take an interest in boxing so it hopefully changes theirs, too. It is a difficult sport, but with much practice, boxing makes you fearless.

In the slums, every child is battling something. Some of their battles are tougher than mine were, but it only takes a little push for them to emerge great. Many children in the slums turn to prostitution, drugs, and other vices to survive. Young girls frequently become pregnant. I use my studies in psychology to empathize with and counsel them.

Every child has potential, but they must take the first step forward and believe in themselves. When I see young boxers win competitions, I feel like I am watching my own journey. I tell them to trust the process. Things do not happen overnight.

Challenges are like puzzles to solve. When we begin connecting those puzzles together, we can create a good future for ourselves. 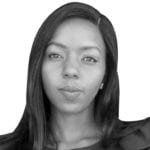 Irene Mwangi is a multimedia journalist with a background in reporting matters politics, governance, and human interest stories. She has great experience in penning down stories that call for change and transformation in the issues of governance here in Kenya.