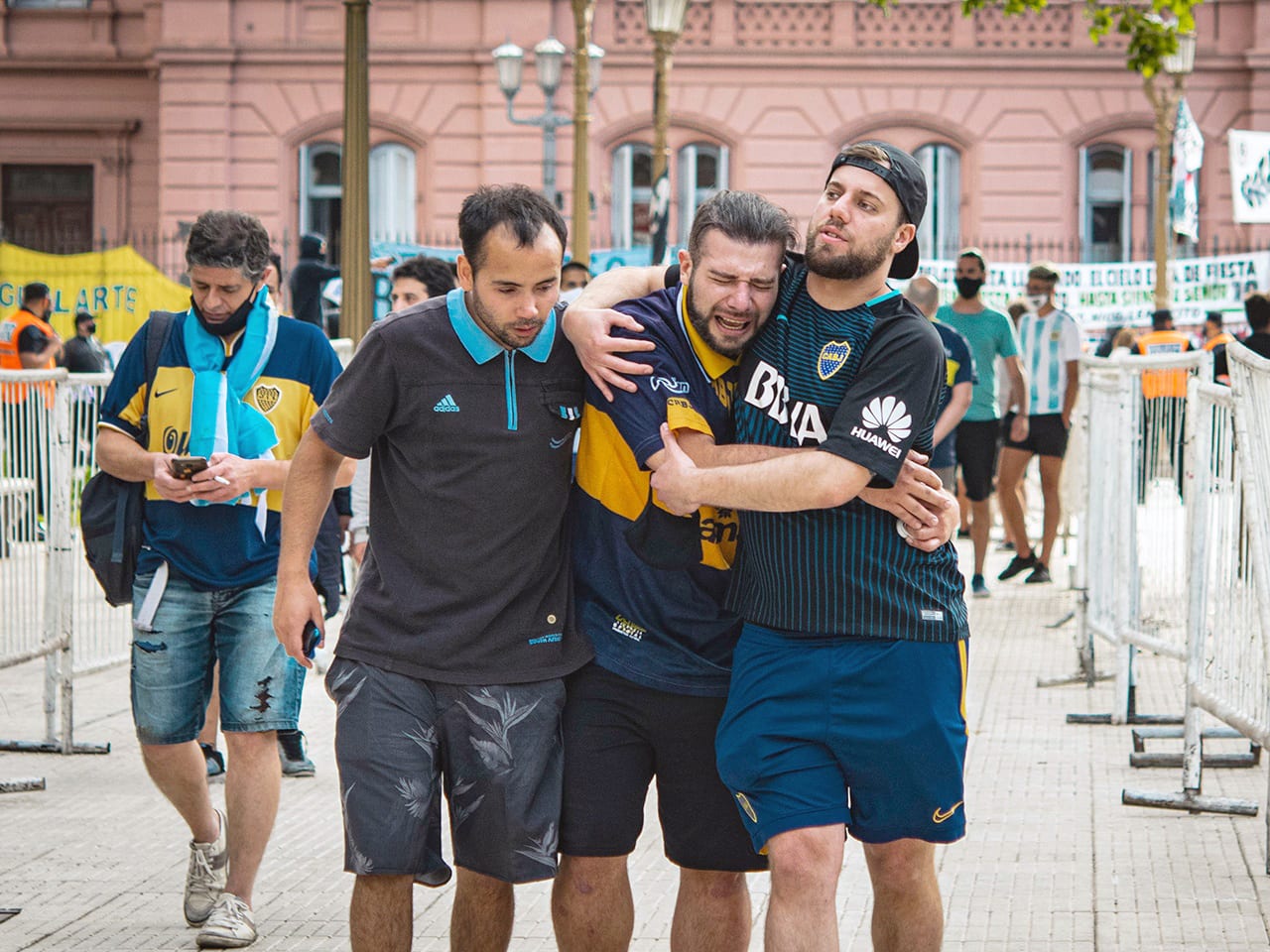 The biggest farewell that Diego Maradona received was a wake open to the public that ended with attacks and conflicts. Photography: Bárbara Leiva

The closer we got to the formal wake location, the more nervous we became. We had been in the sun for two hours.

BUENOS AIRES, Argentina — My dad was a Boca Juniors fan. My children and I are, too.

For me, Diego Maradona was the greatest human being that ever existed. I say it as a Boca fan and as an Argentine. Maradona gave us many joys, and we will never forget them.

When I heard it I couldn’t believe that he was dead. I found out in the early afternoon. A friend called me and the first thing he asked was: “Did you hear what happened?”

My blood ran cold. I was unable to speak, with the phone pressed to my ear, processing his words over and over. I spent a good time in shock, paralyzed. I sat watching the news in an infinite loop. On every news channel, the journalists were talking about the same thing. I could not believe it.

I received messages from all corners of the country. We were all talking about the same thing. For a long time, it was the only thing that mattered. Memories of childhood came to my mind: Goals, assists, free kicks, leadership, love for his country. I could not contain the tears.

Some friends and I decided to get together that night to alleviate the anguish and pain that invaded us. Our superhero had died.

We agreed to go the next day to the public wake that would take place at the Casa Rosada. It was the least we could do. That night I hardly slept. I’m sure many others did not sleep well.

On the way to pay tribute

The next day, I woke up praying that the news from yesterday had been a nightmare. I turned on the TV and confirmed that it was real — Diego was dead.

I grabbed my things and went to my lifelong friend Julián’s house. We melted into a painful embrace accompanied by tears and then we headed downtown.

I did not open my locksmith shop in Florencia Varela that morning. I couldn’t work. I wasn’t alone in this feeling as most businesses were closed. Mourning was widespread. The outskirts of the city were silent, as if asleep.

My oldest son wanted to come, but he’s still young in my mind, and I felt it was better for him to stay home.

We walked in silence towards the bus stop. It seemed that we were all going to the stadium, all with Boca shirts. Inside, I’m sure we were all feeling disbelief and pain. I refused to recognize that our idol was dead.

People were visibly shocked and sad on the bus. The eyes of several were red as if they had cried all night.

As we approached downtown, people began to recover energy. Those in the background were shouting: “Diego, Diego, Diego!” They would wave T-shirts of the Argentine national team out the window, giving Maradona the best tribute they could.

On the sidewalks near the Casa Rosada, people raised their arms and jumped. Cars honked as they passed. We didn’t stop shouting or singing until we got off the bus, six or seven blocks from the place.

We arrived before 12 p.m. and the square was packed. We cared little about the Coronavirus and its effects. The heat of the season of the year began to hit the asphalt of the city. There were people everywhere. They came from all directions like ants.

We didn’t mind walking or queuing in the sun, the day was beautiful. It was as if, despite the sadness that brought us all together that day, we were at a party. We bought some cans of beer and began to sing for Diego, who was surely watching from the sky as we said goodbye.

Songs, dances, celebrations, artistic street expressions, everything was for him. People were visibly excited. On every corner, I heard how older people were telling anecdotes to the younger ones about the exploits of a short boy with curlers wearing the number 10 Argentine national team jersey.

The organizers had placed white billboards that directed mourners in lines. The line moved slowly as there were thousands of us attending.

In the line, people drank beer, sang, and jumped. Strangers hugged each other to comfort the pain and mourning. The cement blocks of the city made our songs boom louder. Thousands of people chanted in unison to say goodbye to their greatest superhero.

Maradona’s farewell left some beautiful portraits for soccer fans. Only a figure like his could portray River Plate fans hugging Boca Juniors fans. Young people, women, and children cried as much as the older ones. Those who entered and paid respects at the coffin came out crying.

We didn’t stop singing or jumping. An hour later, another beer vendor passed by in the heat with a delivery backpack and we bought some more, but the fatigue was beginning to show.

We had a good time listening to those who came behind counting the times they went to the Bombonera Stadium and saw Diego play. Others remembered his goals in each World Cup he played.

I thought of my dad, and how sad he would be if he were alive. Many times he told me how important those two goals were that he scored against England in 1986, after the Malvinas war.

The chaos at the wake

The closer we got to the formal wake location, the more nervous we became. We had been in the sun for two hours, jumping and screaming.

As people crowded in closer and closer, we felt like we were suffocating. The mood quickly turned from jubilant mourning and celebration to fear and panic. Thousands despaired. Some shouted to let them pass, others tried to calm them down, explaining that there were still some hours left until the wake was going to end.

We had a few tense minutes and then the doors closed and no one else was allowed to enter. From where I stood, I could see all of the bars along Casa Rosada were closed. At that moment, chaos ruled.

The screams in support or in honor of Maradona quickly changed to screams of anger and rage. I was screaming, too. It was unfair that we couldn’t get in. The compulsion to pay our respects was national, and the prospect that we might be thwarted ignited desperation.

President Alberto Fernández came out to address the masses but I did not see him. I felt great anguish and pain. I had traveled from far away to say goodbye to my idol and they closed the doors in my face, only a few meters from the entrance.

The police surrounded the Casa Rosada. The ranks were broken. People said that Fernández tried to calm the crowd down, but he made it worse. After he went out to face the public, people began to climb the fence, and they tried to push it over. Others said that 9 de Julio avenue was cut off and that there were police cordons in the vicinity. Before long, they shut everything down.

We started shouting from the distance at the police’s actions. I felt cans, glass bottles, and stones flying over my head. The wake turned into a pitched battle against the police.

At that moment, the uniformed men responded by hitting those close to them with batons and throwing tear gas canisters. We had to run. We left the area as quickly as we could. I did not throw anything but I felt the burning of the tear gas. My eyes were watering and my throat was burning. I couldn’t breathe.

We sat on the stairs of a building, exhausted from running. Old men, women, and children passed by, exhausted, in fear. There were also people with their babies in their arms.

I felt rage by the end of the afternoon. All the sadness from the night before was mixed with anger.

During my youth, I participated in protests where the police had repressed people, but it seemed unfair to me that they acted like this on the day we all wanted to say goodbye to the greatest soccer player of all time.

We read messages on social networks about how the repression continued on our way home.

I made it home and the first thing I did was hug my two children. My wife was still nervous, as she always worries about me and she was very anxious after spending the whole afternoon watching what happened downtown on TV.

People sang and hugged before the incidents with the police. I know that being so close to strangers with the pandemic was wrong, but it was something bigger that united us all.

I said goodbye that day on behalf of myself and my dad as best as I could.

On Nov. 25, 2020, Diego Armando Maradona died in Argentina. The following day a massive wake was held at the famous Casa Rosada, open to the public, which ended with conflicts between the police forces and the thousands of attendees.

An advanced playmaker who operated in the classic number 10 position, Maradona was the first player to set the world record transfer fee twice: in 1982 when he transferred to Barcelona for £5 million, and in 1984 when he moved to Napoli for a fee of £6.9 million.

He played for Argentinos Juniors, his beloved club Boca Juniors, Barcelona, Napoli, Sevilla, and Newell’s Old Boys. In his international career with Argentina, he earned 91 caps and scored 34 goals.

Maradona played in four FIFA World Cups, including the 1986 World Cup in Mexico, where he captained Argentina and led them to victory over West Germany in the final, and won the Golden Ball as the tournament’s best player.

In the 1986 World Cup quarter-final, he scored both goals in a 2–1 victory over England that entered football history for two different reasons.

The first goal was an unpenalized handling foul known as the “Hand of God” while the second goal followed a 60 m (66 yds) dribble past five England players, voted “Goal of the Century” by FIFA.com voters in 2002. 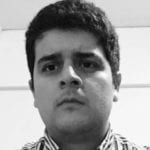