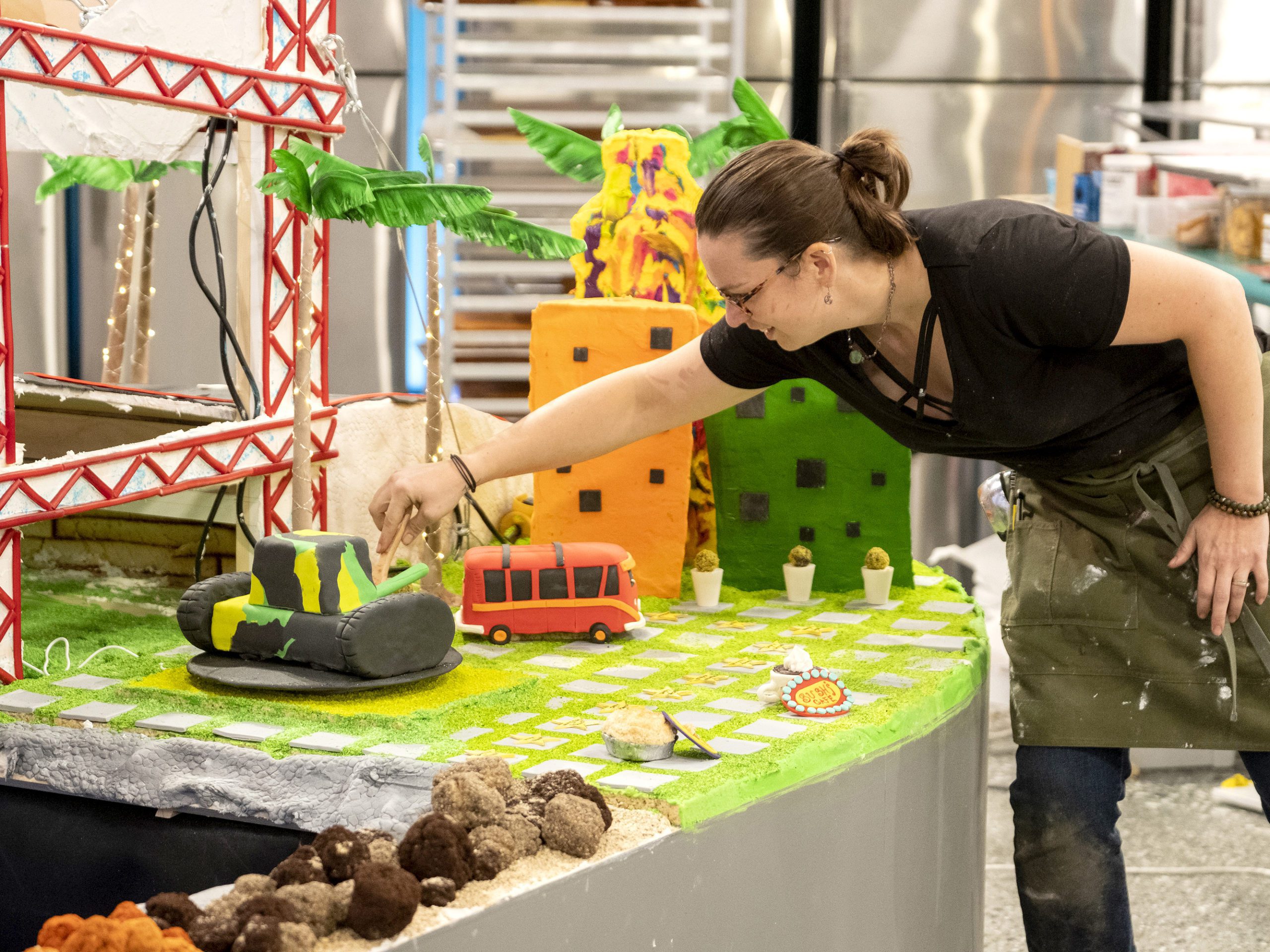 Schonour puts final touches on her team's grand finale creation. The massive bake/build had to include an edible bridge that moves to allow a boat to travel under it, could withstand a car being driven over it, and could hold up to 150 pounds of weight | Photo courtesy of Netflix

Once that clock starts, the adrenaline begins pumping too. Though the days stretch on into nights, at a certain point I get into the flow of the challenge set out in front of me and lose track of everything else—the time remaining, the cameras, the nerves. 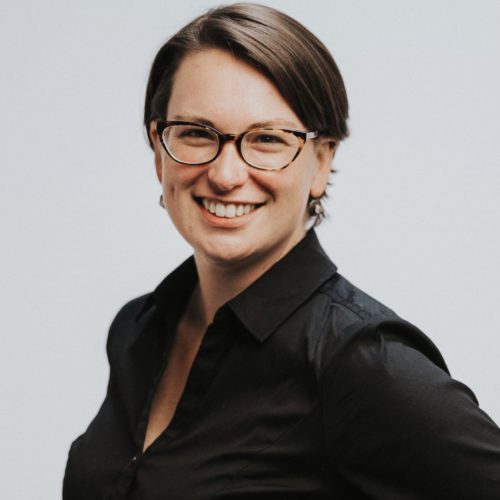 Interview Subject
Sara Schonour is a lighting designer and engineer who lives and works in Boston, Massachusetts. She is currently Vice President of Education and Engagement at Lytei and previously worked in a leadership role at Cannon Design for more than 15 years.

Sara and her “bakineering” partner, New York City-based baker Rodolfo Goncalves, recently won the top prize of $100,000 on Netflix’s “Baking Impossible.”
Background Information
Baking Impossible debuted on Netflix in October 2021. Contestants compete in pairs; each duo consists of a baker and an engineer who have never met before.

The teams faced off in a total of eight challenges that combine baking and engineering. After the teams complete a stress test of their creations and receive feedback on both the taste and design from the panel of judges, one losing pair is voted off at the end of episode.

LOS ANGELES, California—It all started with one question: why not?

In March 2020, the COVID-19 pandemic had just shuttered the world for the first time, leaving in its wake uncertainty, isolation and a screeching halt to the normal way of life. As I scrolled my email a few days into the shutdown, my eyes found a casting call for a new Netflix show, Baking Impossible.

My first reaction was to wonder how it got through my spam filters, because how could this be legitimate? At the time I worked as a lighting designer, a profession that doesn’t scream out for a reality TV treatment. But—with the pandemic looming and no end date in sight—I decided to answer the email.

Five months later, I left my home in Boston and boarded a plane to California to begin shooting.

Challenges of filming during COVID-19

Because of the pandemic, my nearly eight weeks in California was hardly an extended vacation.

The producers required all participants to take COVID tests and isolate in our individual hotel rooms before we could begin any in-person filming. Tedious days and nights dragged on as I waited for confirmation of my negative result.

While isolated, we all could complete an online tutorial regarding some of the filming practices and process. Some fellow engineering competitors logged in by name, and I foolishly searched them to see who I was up against.

As I Googled, I sat up in my hotel room bed, scrolling through all these incredible achievements of the people I’d be facing in just a few short days with $100,000 at stake. Waves of nervousness and panic rolled over me—what was I thinking? There was no backing out now, though.

From then on, we were COVID tested every other day to ensure the safety of the cast and crew.

Vans transported my fellow competitors and I from hotel to set, then set to hotel—nowhere else. Though we did have some occasional downtime, we couldn’t socialize: go out and go shopping, visit a museum, grab dinner with friends in the area.

It was a truly unique social situation—our only companions were our partner and our competitors. We would have bonded anyways through this shared experience, but I think the COVID bubble helped us get even closer, faster. You truly couldn’t get away from the show for as long as you were still in the running. For us final four contestants, that time stretched from August to late October.

Each challenge stretched anywhere from 9 to 18 hours (the longer ones were filmed over two days), and we spent other days filming the testing of our creations, judging panels, and hours of one-on-one interviews. That doesn’t count the time spent traveling to set, undergoing COVID testing, and getting mic-ed up and in our aprons. Five or six days each week, we were on set from 7 a.m. to 10 or 11 p.m.

Awe and a good dose of nerves washed over me the first moment I walked onto the set. I shook it off quickly to focus on the task ahead.

Normally I hate when someone watches me work, but I had to overcome that feeling very quickly. Dozens of cameras fill the space, from large units with teams of people operating them to a tiny GoPro unit hidden in the utensil jar. Any number of them could be pointing at me at any moment.

The atmosphere was always chaos incarnate. A center gallery separates two rows of baking stations, with a pantry along one outside wall and the woodshop along the other. I and my fellow engineers had to run—literally run—to the shop anytime we needed a power tool or large piece of equipment. We couldn’t cut through the center gallery because that’s where all the cameras are, so we went around the end of the stations every time.

We were all in constant motion—every second counts, after all. In a competitive situation, I push it all the way to the limit. If we have an extra two minutes, we’re using them. If I had to get glitter, I ran to get it.

Once that clock starts, the adrenaline begins pumping too. Though the days stretch on into nights, at a certain point I get into the flow of the challenge set out in front of me and lose track of everything else—the time remaining, the cameras, the nerves.

But in other moments, the exhaustion catches up with me. We have a few minutes to break for lunch, and my feet scream from the sheer physicality of running around the studio for hours.

Between the stress, steps, and irregular meals, I lost 30 pounds over the course of filming.

Other times, the mental hurdles were the most daunting.

On episode 2, “Off to the Robot Races,” we had to program a robot to navigate an obstacle course. When the judges revealed the challenge, I got an icy, gnawing pit in my stomach. I hadn’t coded since college, and even that was just one class. “This is what dread feels like,” I thought. “This is like my worst nightmare coming true.”

Putting aside my normal thought process also challenged me. Engineering is so iterative—it’s not making decisions on the fly and hoping it works out. Normally you test, adjust, test again, adjust once more. On Baking Impossible, I had to do the exact opposite because of the time demand. There’s no chance to test and retool—we were forced to pick our best first idea and go with it.

I’m thankful to be part of such a diverse cast. Baking Impossible featured such an interesting mix of people in terms of race, age, career, gender, and sexual orientation.

I didn’t think about what my own presence on the show would mean, but it’s come up since. People have reached out, especially from other countries—Brazil, Singapore, Thailand—calling me an example and telling me that it’s awesome to see women engineers and queer women engineers.

I couldn’t believe it at first, but if there are young girls seeing me and thinking hey, I can do that: I’m proud to be part of that. 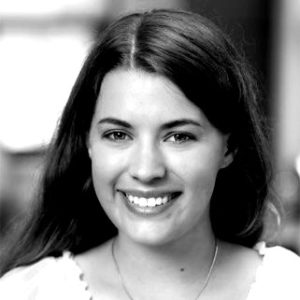 Kristy Kibler Holfoth has 10 years of experience as a journalist and award-winning communications professional in Western New York.

Most recently, Holfoth held a marketing and public relations position at Trocaire College. She was previously managing editor at Neighbor to Neighbor News and has written and reported for The Buffalo News, East Aurora Advertiser, Warsaw’s Country Courier, Batavia Daily News and Visit Buffalo Niagara.