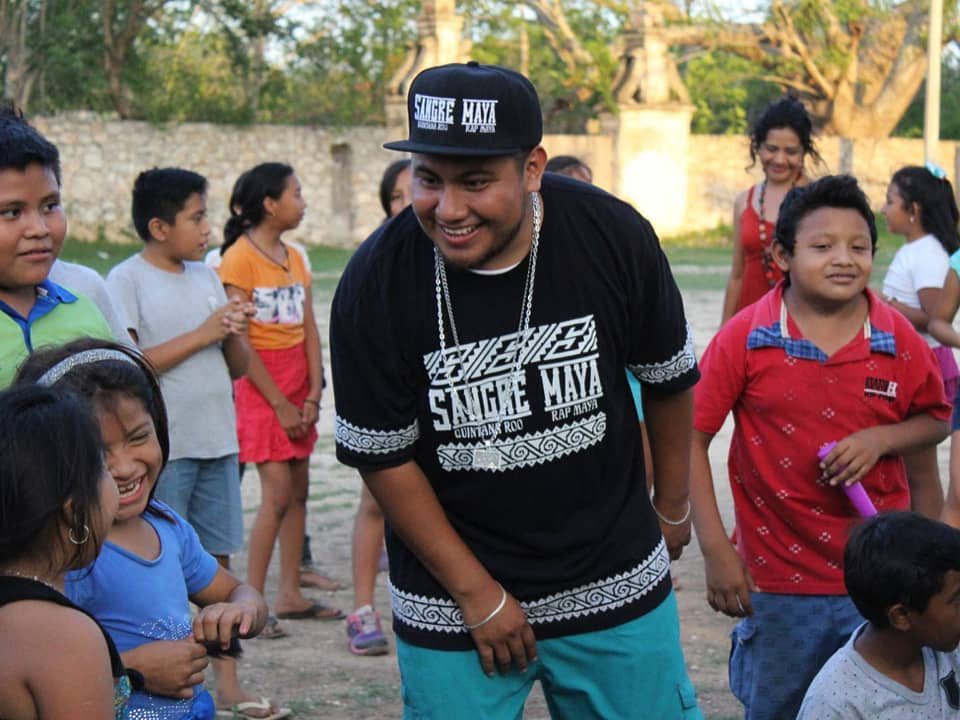 That what I want to promote among the Mayas. I want them to feel the same as me when I return to my hometown: the happiness, safety and acceptance that comes from arriving at my house, of visiting my mother, of enjoying the food. I want Maya culture to feel like a homecoming to those who have been away. 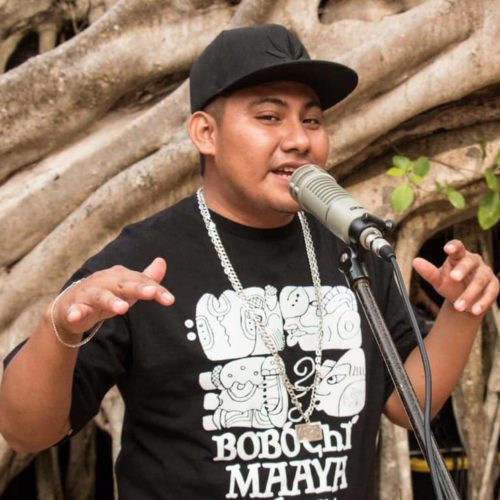 Interview Subject
Pat Boy (Jesús Cristóbal Pat Chablé), 29, is a rapper who sings in the Mayan language. He has released six albums, the first in 2009. A pioneer in this genre, he uses his music to promote and celebrate the culture of the indigenous people of the Mexican state of Quintana Roo and the entire Yucatan peninsula in southeastern Mexico.

He originally hails from a town called José María Pino Suárez in Quintana Roo, and now works out of Felipe Carrillo Puerto, a city about 20 minutes from his hometown.

Pat Boy is a fellow of Found Sound Mexico and in 2014, seeing young people abandoning their artist endeavors because of lack of support, founded ADN Maya, a production house that works with local musicians and artists to develop their projects and talents.

Follow him on Youtube, Instagram, and Spotify.
Background Information
The ancient Maya culture was a Mesoamerican civilization that developed mainly in Mexico (in the current-day states of Yucatán, Campeche, Quintana Roo, Chiapas, and Tabasco), Guatemala, Belize, and the western part of Honduras and El Salvador.

Its origins date back to 2000 BC. After the beginning of the Spanish conquest of the Mesoamerican empires in 1521, many Mayan communities became isolated from one another but maintained their traditions despite widespread extermination.

Today, the Mayan language family consists of 32 languages, though at least two are considered dead. There are currently around 7 million Mayan speakers; the language Yucatec, found mostly in Yucatán, Quintana Roo and Campeche, has around 800,000 speakers.

FELIPE CARRILLO PUERTO, Mexico—Rhyming and rapping in the Mayan language have been my profession for more than ten years. History books say we disappeared or that we live isolated from the world. With my lyrics and my music, I try to show that the Maya people not only still exist but thrive.

A rough start to a successful music career

It all started in 2005 when I was in high school. In the afternoons, my brother and I would get together with friends to experiment with rap music.

We used to make rhymes in Spanish, trying to imitate American artists like Snoop Dog, Fifty Cent, or Sean Paul.

However, audiences did not respond well when we eventually made our way to the stage. Our lyrics revolved around our lives: the experiences of youth in the streets and with friends. But some people did not like that, and they attacked us and criticized us.

Bars and events would schedule us at 1 or 2 a.m., meaning there were usually a lot of drunk people watching. The attacks got stronger—people threw bottles at us and sometimes physically assaulted us.

I wasn’t interested in that environment, so I decided to experiment with Mayan rap and did it for a contest. It went so well—people applauded and congratulated me and sang the lyrics of my songs.

I was surprised and delighted by the public’s acceptance. I also discovered that I felt more secure and confident singing in Mayan—I found I easier to flow on stage. When I realized I could use my rap to promote my native language among the youth, my new passion took root.

Making this decision felt so good. It was the boost I needed to know that I could do new things and make a difference by distinguishing myself from the crowd.

Things were still difficult at first. I had to knock on many doors on local radio stations, schools, universities, and community parties asking to sing. People did not yet know that Mayan rap existed, and this made them even more hesitant to let me participate.

Embracing and celebrating our Maya identity

What finally worked was convincing the organizers of the festivals and concerts that by singing in Mayan, we sought to strengthen this language and its culture and thus motivate the youth to feel proud of their heritage. It is a goal I continue to pursue to this day.

I come from a family that speaks only Mayan. My mom and dad are monolingual, and I learned Spanish at the age of 7 when I entered school.

Since I started doing Mayan rap, I began to investigate where I come from—my roots—and what this represents.

In school books, they do not talk about Mayas except for the Spanish conquest; they never discuss our origin and the continued permanence of this culture. I thank music for allowing me to truly know what my ancestors accomplished.

Through my work, I strive to help the world see who we Mayas are, where we come from and what we do.

Hence, my lyrics talk about people, experiences, customs, and current traditions. In the music videos, we show the communities. We feature landscapes, food, houses, the men and women who inhabit them, current Mayas in their daily lives.

Discrimination against Mayas still flourishes in some places. I believe that by generating pride in our origins, we can help combat bullying in schools of children with Mayan surnames. I also hope to encourage other young people who are proud of their roots and want to make music that reinforce their identity.

It is not only Chichén Itzá, Tulúm, Cancún or the other tourist or archaeological centers that are important and worth preserving. My grandparents were Mayas and they did not know that these places existed; however, they kept alive the language and the traditions that create our identity.

Society has demanded that little by little, we set aside our Maya customs over the years. In this way, they force us to become more urban, more homogenous, to adopt other traditions.

Many families have migrated to other cities and countries and no longer want their children to have a relationship with the Maya culture. To combat this, I also lead workshops for children where I teach them the Mayan language through rap and hip hop.

I started doing this in a Yucatán community; I now also teach these workshops in Los Angeles, California, for the children of the Mayas who live in the United States.

Many children who were born outside of Mexico are very interested in learning about their origins and culture. The funny thing is that some children no longer speak Spanish, only English, and now they want to learn Mayan, which is the language their parents and all their ancestors grew up with.

They get excited and say they want to get to know those towns or go visit their grandparents who live in the Yucatán Peninsula.

This pride fills me with pride and happiness in turn. That what I want to promote among the Mayas. I want them to feel the same as I do when I return to my hometown: the happiness, safety and acceptance that comes from arriving at my house, visiting my mother, enjoying the food. I want Maya culture to feel like a homecoming to those who have been away.

I stay based in my home country for this reason. I love Mexico and my people, and my work to rescue the Maya culture is just beginning.