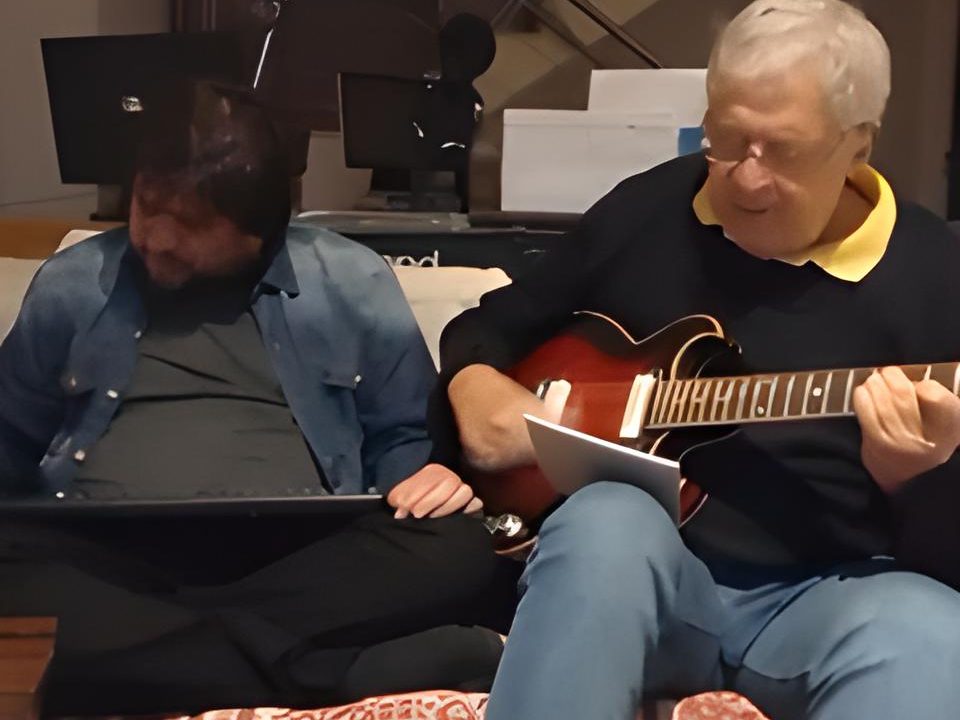 Gabriel with his son Pablo, doing what they love best: creating music together | Photo courtesy of Gabriel Rubinstein

I started putting music to the words that Pablo typed out. The result was beautiful songs. Comfort and relief flooded my heart, now that I knew we had a way of understanding each other. Every moment we were together, the music never ceased. 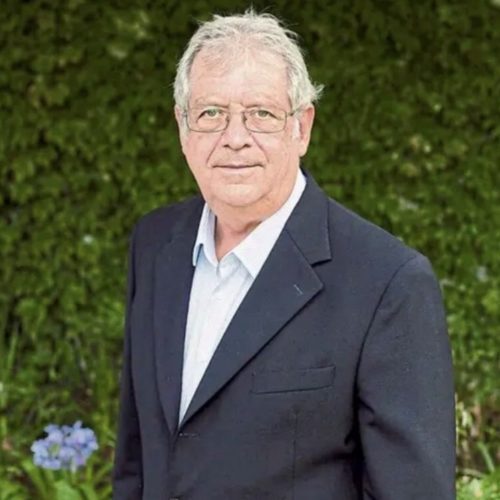 Interview Subject
Gabriel Rubinstein is a father, economist and singer. He and his son, Pablo, who has autism, create music together.
Background Information
– Explore Gabriel and Pablo’s compositions on their Youtube channel.

– Learn more about autism/autism spectrum disorder at the following resources:

Center for Disease Control and Prevention

BUENOS AIRES, Argentina—Life surprised me with a son facing autism, a diagnosis and a condition I did not expect. When we found out, I was scared. Today, I’m able to bond with him thanks to an unexpected facet of communication: music.

The start of our challenges

My life was that of an average man. I studied, settled down, and worked in my profession. Until one day approximately 35 years ago, I found out that my wife was pregnant. It was time to start a family, and I was so glad; how could I not be! I never expected all the challenges that awaited me in fatherhood.

My son, Pablo, was born, and everything tinged with hope and expectation for the future. But as he got older, he began to exhibit concerning behaviors. I thought I shouldn’t worry. However, as time passed, his behaviors worsened—he did not play like other children his age; he did not share toys; the slightest inconvenience or change from routine greatly upset him; and he struggled to communicate with us.

I finally decided to take him to the doctor, not sure what to expect. However, I never imagined my son had autism. I cried when I found out. Emotions warred within me: fear of what was to come for him in life, and outrage with myself—not because of Pablo’s condition, but because I let all that time go by, naively thinking that it would only be a stage and that at some point he would get better.

As Pablo grew, communicating with him became increasingly difficult, but we did what we could.

I’ve always liked playing the guitar. One day, I sat on the couch in the living room, relaxed and calm, and strummed the guitar strings to sing a Beatles song.

Pablo, a teenager at the time, looked up at me—a rare occurrence—with amazement in his eyes. We made eye contact—I will never forget that moment as long as I live. I felt full of love, almost like magic.

“Come on, son. Sit down; why don’t you help me compose a song?” I told Pablo, unaware he was about to enter what would become our paradise.

My son didn’t hesitate. I made a place for him on the couch, and he sat next to me. Pablo was nervous; his hands shook, and he bit at his lips. Due to his condition, it was difficult for us to share moments like this. I patted him on the back so he knew everything was fine.

I plucked out some melodies on the guitar, and Pablo’s legs began to move up and down, following the rhythm gently. The music filled the room. I cannot explain how happy and satisfied I felt at that moment. A jumble of emotions ran through my body. He looked like he wanted to cry with happiness and excitement as well.

After a few minutes, Pablo began to hum. I wrote. Suddenly, we had our first song. “What do you think, son; is it okay like this?” I asked. Pablo just smiled. He was no longer shaking or nervous; he was calm. We had found a beautiful activity to do together, finally.

Sharing that space and time together in the living room became our everyday routine. We looked into each other’s eyes, and Pablo paid attention to each note the instruments released. We decompressed and had fun at the same time. Music had become our communication and our favorite pursuit.

We no longer wrote our songs on sheets of paper—Pablo started using the computer, and now he was the one composing. He expressed his inner poetry with a few clicks of the keyboard. It was incredible. I was surprised by his broad vocabulary, considering he had never gone to a traditional school.

I started putting music to the words that Pablo typed out. The result was beautiful songs. Comfort and relief flooded my heart, now that I knew we had a way of understanding each other. Every moment we were together, the music never ceased.

One day, we decided to leave the living room. I didn’t want Pablo to get used to being there. Now that we could communicate and understand each other, I wanted him to go out into the outside world. I took him for a car ride, and we found another activity that we love to this day. Music plays on the stereo while we wander through landscapes, father and son together.

An arduous road, but not unfeasible

Though music has opened doors for our relationship, we can’t ignore that Pablo has autism and will never be able to live alone, much less perform basic tasks, like cooking or bathing, on his own.

Today, 20 years have passed since we had that first experience together with music. It was the best unintentional decision of my life, asking him to help me write a song. Every time I see Pablo, he tells me, “I want you to play something to me,” and that’s where I start. My guitar, he, and I are in our own universe.

In Pablo’s early years, I worried and stressed all the time, destroying my mind trying to understand my son. I even thought I was not a good father, that I was doing things the wrong way. When one is close to these situations, it’s so easy to become immobilized. I was a new dad, and I just didn’t know how to react.

Today, I do not consider my son to be sick. He has special abilities. To connect, have fun, and communicate with him is a blessing. We saved both our lives when we discovered our musical bond.

A coping mechanism during the pandemic

How can it be that a couple of musical notes create the union of an autistic son and father? It’s an unknown that I will never be able to answer. I feel so much love for my son that it does not fit in my chest, and it is difficult for me to express it.

Every time I pick up the guitar, he looks at me. That connection is incredible; it overwhelms me with emotion because I know that right there is when we are ready to listen to each other and understand each other.

Though Pablo could not understand what was going on in the world during the pandemic or show any interest, it threw obstacles in our path just the same. The only way to cope and spend 24 hours a day together was to take refuge in music.

I enjoy the routine of being with Pablo. It makes me happy that everything we do together leads to music. I adore spending time with him, whether we’re composing, listening, watching a documentary on a band, or just keeping each other company.

I try to visualize communicating with Pablo through music as something much more magical than a traditional dialogue. Ordinary talk can lead to boredom, but with music we always find something new, something that dazzles us and leaves us exhausted, in a good way.

The challenge of connecting the sentences Pablo writes and putting them to music excites me. It’s like a puzzle—I move this word here, this melody here, and suddenly we have a song that becomes a masterpiece.

We’ve uploaded our songs to several platforms, such as Spotify and YouTube. Every time we upload a new one, I listen once I find a moment alone. I can’t believe they are ours—I listen over and over again. My ear goes into an alien mode, and I wear a smile from ear to ear. Even seeing our names in the description of each song excites me.

We are in an era where music plays a fundamental role in the life of any human being. People listen to music while cleaning, working out, bathing; they listen to distract or simply for pleasure. My son and I use it to understand each other, to start a conversation. It it is what powers our relationship today.

My name is Kalil Alberto Cañete Benitez, I am 25 years old, I am from Argentina. I write for LatinAmericanPost and for Orato World Media as a freelance journalist. Soon to launch a blog and form my own multimedia.