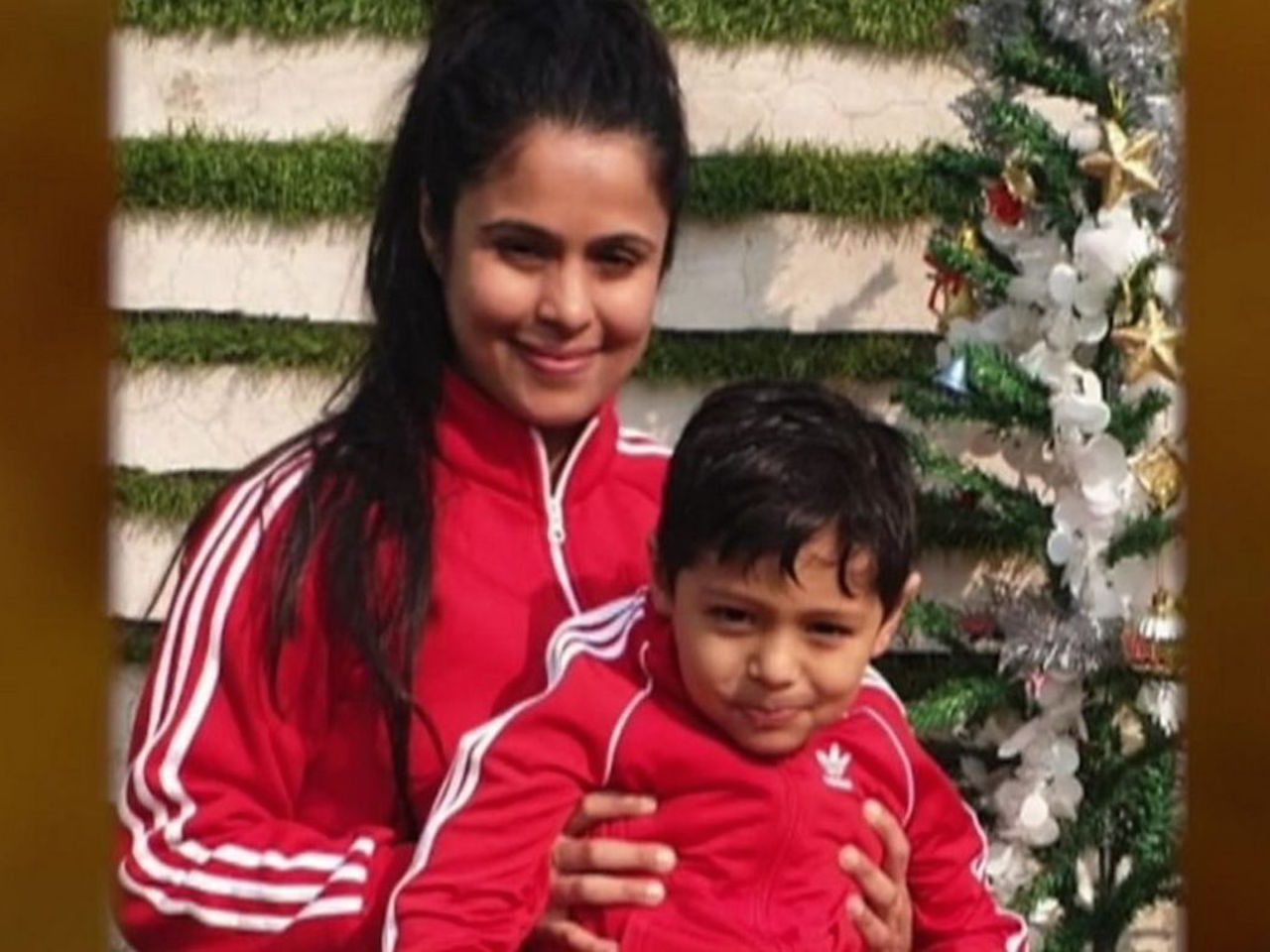 Sometimes I tell my son his mother is a star now. Then he replies, "Make me a star too." | Ravish Chawla

I want my son to know that his mother was a brave woman. I want him to grow up and know that even when she was in pain, she wanted to caution everyone against the infection. 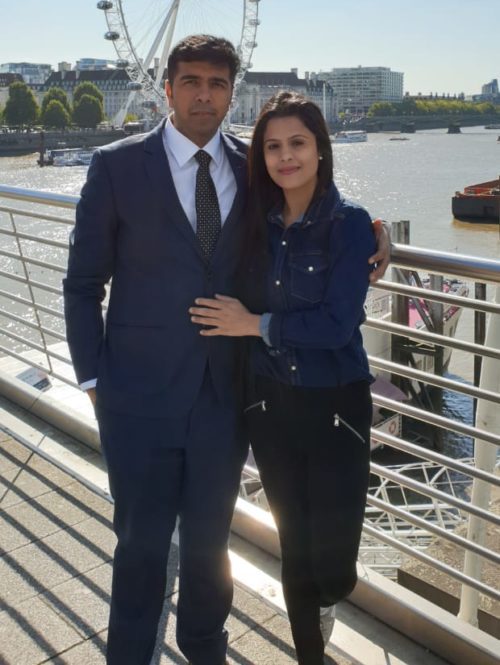 A medical practitioner herself, Dimple was outspoken about the dangers of COVID-19. After her death, Ravish shared a video on Twitter on Mother’s Day 2021 of her dying words, sharing her experience with COVID.

The US Centers for Disease Control and Prevention listed pregnancy as one of the risk factors for Covid-19 in May 2021. Recently, the World Health Organization revised its recommendation for vaccination to include pregnant women in Category II to be prioritized for vaccination.

NEW DELHI, India — On April 11, my pregnant wife Dimple spiked a mild fever. I took her and our three-year-old son to be tested for COVID-19.

To our horror, they both tested positive. We immediately quarantined.

She was rushed to the hospital and injected with Remdesivir [an antiviral medication]. Doctors administered two rounds of plasma therapy.

Despite the treatment, Dimple’s condition deteriorated. Three days into her hospital stay, she complained of vaginal discharge. Upon inspection, the gynecologist informed us she was bleeding.

Dimple went into labor on April 25, seven months into her pregnancy, but an ultrasound showed the baby had no heartbeat. Our child died in the womb.

Though my son recovered within a week of starting medication, Dimple did not. She breathed her last breath on the morning of April 26, a day after losing our unborn child.

A health professional, Dimple knew the dangers of COVID-19

Dimple was a brave and strong woman. She came from a modest family and earned a Bachelor’s and Master’s Degree in Dental Surgery, with a focus on Public Health.

She graduated with flying colors, despite attending school with little training in English.

My wife was passionate about her profession, becoming a university lecturer and organizing dental health check-up camps in rural and poverty-stricken areas.

With a career in healthcare, Dimple was cautious about the virus. In January 2020, before a single COVID-19 case was confirmed in India, she was covering with a mask.

She used the personal protection equipment kits (PPE) and often wore two or three masks at a time throughout her pregnancy, yet she caught the deadly virus.

It was in Dimple’s nature to educate people, so on April 17, in the midst of her suffering, she shot a video to warn her family not to take COVID-19 lightly.

Dimple pleaded for people to take the virus seriously.

The day we lost our unborn child to COVID-19

That day, the doctors told me they had to put Dimple under general anesthesia for a cesarean section to abort the baby. They insisted on informing her before surgery that the baby had died so that Dimple would not go into a state of shock.

I was stunned and didn’t dare break the news to her. I feared the distress would deteriorate her condition further.

When her gynecologist told her she lost the baby, Dimple went into immense pain, unable to process the news. She looked at me and asked, “Ravish, has our baby died?”

Before I could nod, her oxygen level dropped severely and she was immediately taken to the operating room. I was shaking as I signed the consent form.

Still, I had confidence Dimple would defeat COVID-19. The surgery was successful and I breathed a sigh of relief, but things soon took a turn for the worse.

On her way to the intensive care unit, Dimple’s oxygen levels dropped again. She was crying and making hand gestures as she muttered, “Where’s my baby? I want to see my baby.”

Doctors put her on an advanced non-invasive ventilator and when her oxygen levels did not normalize, I lied to her. I told her the baby was in the neonatal intensive care unit. She instantly asked, “Is it a boy or a girl?”

I lost a wife, my son lost his mother

Dimple and I already had a son, and she hoped our unborn child would be a girl. When I told her it was a boy, she smiled, and her oxygen saturation improved.

The doctors explained that after such a critical surgery, she was unstable, and they gave her an injection to make her sleep. Her oxygen levels climbed from 52 to 92.

Dimple woke up after two hours and asked for her baby again.

She knew something was amiss. Inquiring about the baby, she became restless and uncomfortable. It was midnight. Uncharacteristically, my wife asked to be rid of her mask. She passed away that day.

Dimple was a doting mother. She wanted her son to be happy, healthy, and grow up with ambition. She hoped he would excel at academics and sports. My wife wanted a daughter so her son could have a sister to share his feelings with.

After she died, he would constantly ask about her, hoping a different answer would come. Now, he has stopped asking where his mother is. He knows she is not coming back.

When my son sees a family picture, he is quiet. It is hard for me to tell him the truth, as he is too young to comprehend the enormity of this loss.

Sometimes I tell him his mother is a star now, up in the sky. He replies, “Make me a star too.”

I die a hundred deaths every day; my only comfort is knowing Dimple went to heaven with our unborn child, to care for them, and left our son to me.

Vaccinations should have been provided to pregnant women

I want my son to know that his mother was a brave woman. I want him to grow up and know that even when she was in pain, she sought to caution people about the virus.

Since the first wave of Covid-19, doctors in India pushed for the vaccination of pregnant women. The American Society for Reproductive Medicine also endorsed vaccination in pregnancy, arguing the vaccines were safe and effective.

Yet, the central government only allowed vaccinations for lactating mothers.

I don’t want to hold it against anyone, but I believe my wife and my unborn child would be alive today if she were administered a vaccine.

My wife was special. She was full of life and highly energetic. She was the healthiest person in my family. In our six years of marriage, she never caught a single fever or cold. She was extremely fit, yet Dimple contacted Covid-19 and she lost her life.