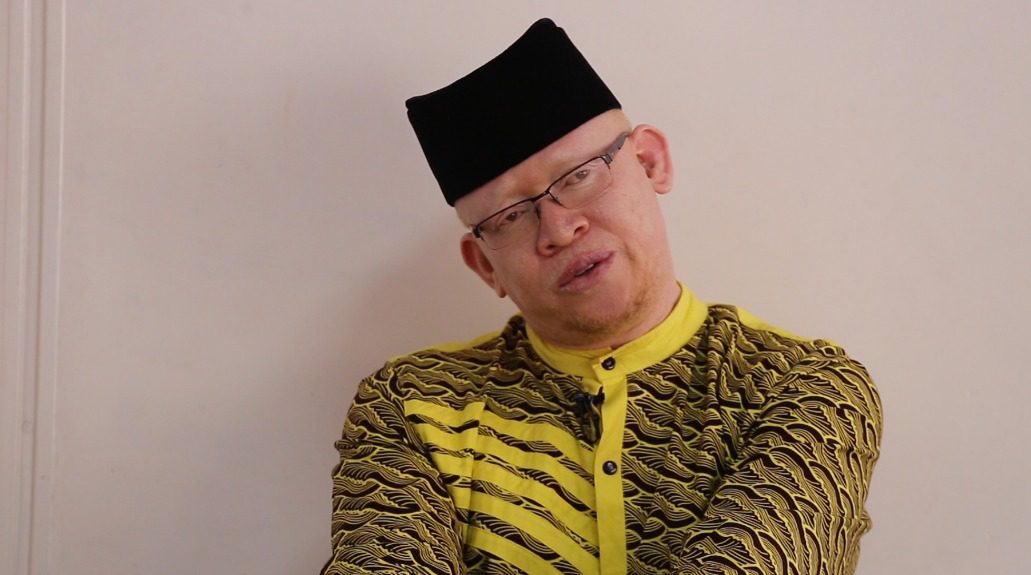 Isaac Mwaura-Chairman of the Albinism Society of Kenya | Ronald Muya

I was born with albinism and my father disowned me. He said he cannot raise a pig. Today, I am the chairman of the Albinism Society of Kenya. 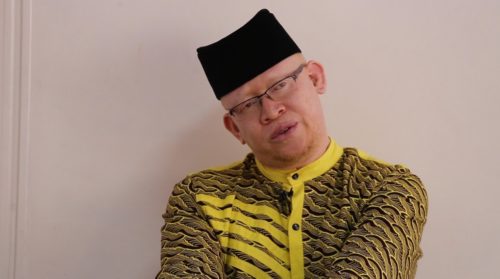 INTERVIEW SUBJECT
Hon. Isaac Mwaura is a Kenyan Member of Parliament currently serving as the Chairman of the Albinism Society of Kenya.
He is a member of the Technical Board of the Global Albinism Alliance, the global voice of persons with albinism across the world.

His early roots in leadership and aspirations for politics have allowed him to make changes for people with albinism across Africa.

In 2017, two of his three infant triplets died. Mwaura’s  son and daughter died during his reelection campaign, something he didn’t bring up until after Mwaura won his second term as MP. He has one surviving son.
Background
According to Under the Sun, a human rights coalition for people with albinism, from 2006 to 2021 more than 600 attacks on people with albinism have been recorded in in 30 countries in Africa. This is only what is reported.

The United Nations has identified the persecution of people with albinism as a worldwide human rights issue. In Africa, they are called “zeru zeru,” meaning ghost like creature. Tanzania currently ranks the worst in number of attacks.

In their 2019 study, The Journal of the American Academy of Dermatology indicated Africans are more prone to albinism with one in 5,000-15,000 people having the inherited genetic pigmentation. Access to preventatives like sunscreen, protective clothing, and sunglasses are crucial. People with albinism usually are visually impaired and prone to cancer.

The instances of albinism in Africa occur most often in areas marked by high poverty and low levels of medical care making it even more dangerous. They are, at times, hunted for the so-called mystical power of their skin and body parts. Killings often go unreported.

The UN High Commissioner for Human Rights Michelle Bachelet said this year, “I call on States and the international community to continue to build and strengthen partnerships with persons with albinism and organizations representing them, to ensure they are included in decision-making that concerns them and to promote their enjoyment of all human rights.”

NAIROBI, Kenya – I was born with albinism and my father disowned me. He said he could not raise a pig.

My mother raised me single-handedly and I faced constant stigma in my community.

Today, I am the chairman of the Albinism Society of Kenya and I am the first Kenyan with albinism to become a Member of Parliament and a Senator.

I wear many hats and I fight to safeguard the rights of people living with albinism in Kenya and the African continent. I have advanced the rights of this vulnerable group, and a lot of what you see today in Kenya could not have been achieved without a concerted effort.

Now, I have been selected as a board member at the new Global Albinism Alliance where I hope to lead the charge from an international perspective.

Growing up with albinism

Having albinism brought many challenges. In the 1980’s it was rare and expensive to get sunscreen in Kenya. It was considered a luxury for western tourists.

My skin developed sores due to direct sun exposure and we had to make frequent hospital visits when the wounds persisted. In secondary school, we wore trousers that helped cover most of my lower body and protected me from direct sunlight.

During that time, people with albinism and their parents had little information about the condition and how to manage it. Even if we obtained sunscreen, we did not know how to use it.

The stigma of my condition was rampant. I could hear people talking about me on many occasions, even calling me a “mzungu,” the local name for a European. They would insult me, thinking I could not understand our local Kikuyu dialect. Adding to the stigma was the absence of my father.

Discrimination in my home because of my skin condition made me mad. No one supported me, I was all alone asking my soul, “Why?”

At the age of five when I was in nursery school, I was a class prefect and began my quest to be a leader. My mother and grandmother worked at a farm owned by a local member of parliament who was adored by many. He was a role model for me.

In school, I perfected the arts of public speaking, acting, poetry, and activism so it was easy for me to strike up conversations with peers and people around me.

In my first year in university, I was selected to be a student leader and was the first person with albinism to hold that position.

More support for people with albinism

There are 9,700 people living in Kenya with albinism, according to the 2019 census, many of them in rural areas.

Despite widespread access to the internet and greater visibility, discrimination against people with albinism hasn’t abated.

Women with albinism are targeted and taken advantage of by men who don’t suffer from a skin condition. We’re either shunned as ugly or exoticized as potential conquests.

Since 2013, the people with albinism rights movement began to build momentum. That’s when I became a Member of Parliament.

Persons with albinism in my country are at the bottom of the social structure and very few of us make it into the limelight. When you have albinism, you are perceived as less useful and it is difficult to belong in society, but we are making progress.

During my time in parliament, we successfully petitioned the government to allocate money for people living with albinism to purchase their daily use products such as sunscreen.

Despite that, people with albinism in Africa are still hunted, killed, and trafficked for superstitious reasons. Some communities hold on to a false belief that albino skin or our body parts can be used to gain riches or cure diseases.

I have put a proposal before the African Union to nominate an ambassador who has albinism as a way of furthering our agenda. The initiative could improve the conditions and self-confidence of this target group which would otherwise be begging for help in society.

Three years ago, we held an all-albinism beauty pageant dubbed “Mr. and Miss Albinism,” aimed at helping build self-esteem. Now plans are underway to partner with other albinism societies across the continent to organize a bigger event. 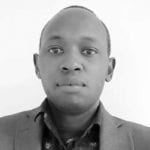