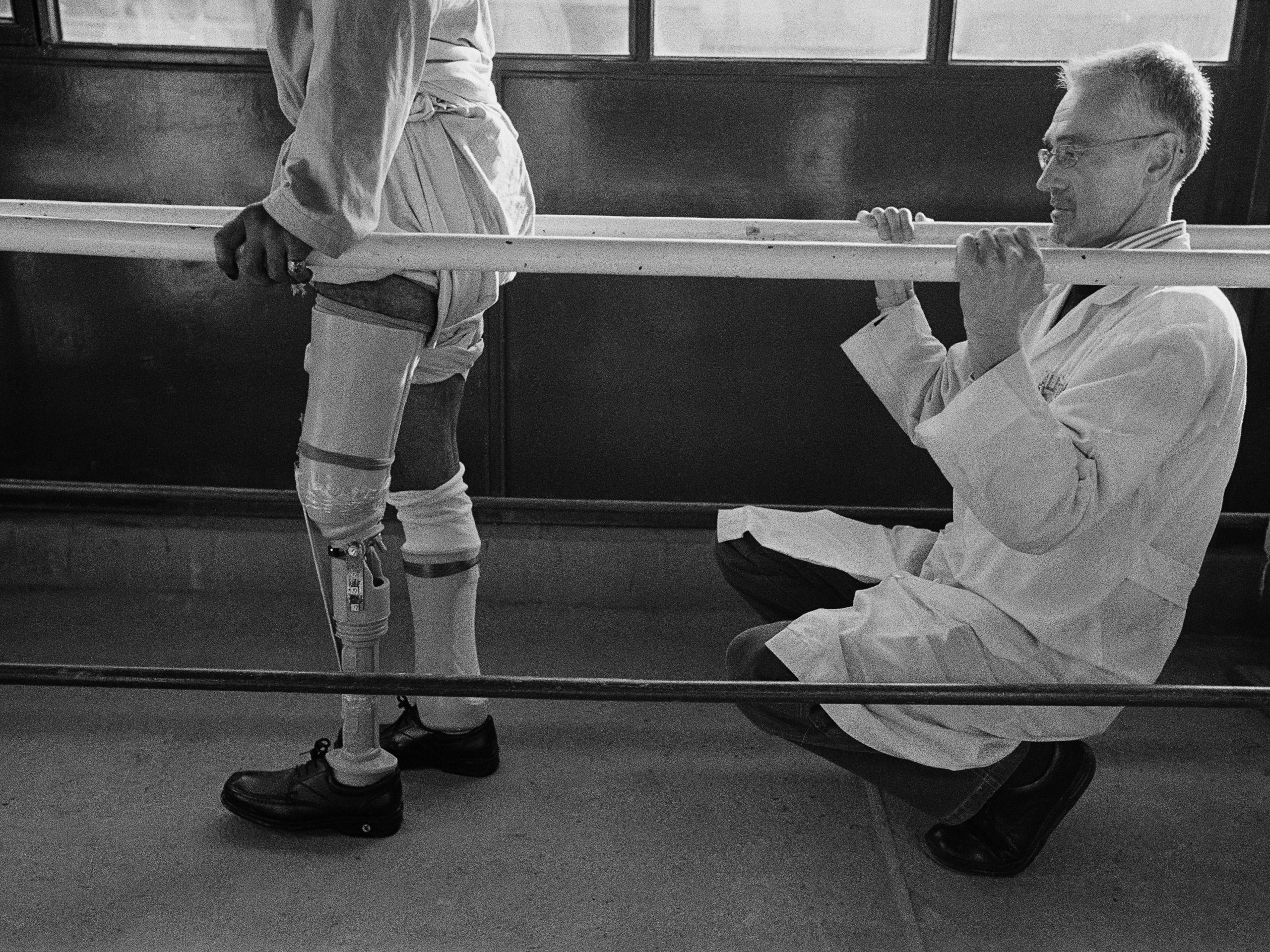 To leave when Afghanistan needs more help than ever would have been a real betrayal. If I had also left, who would stay? 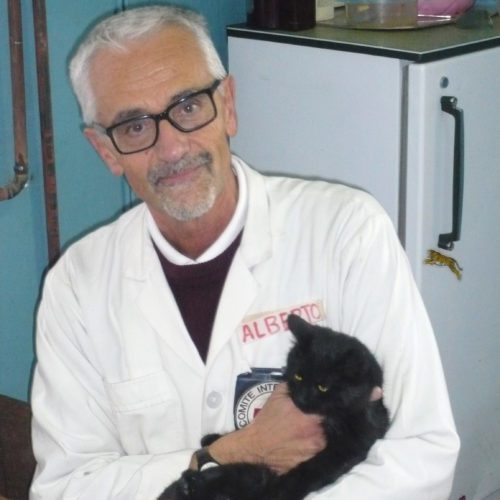 Interview Subject
Italian physiotherapist Alberto Cairo arrived to work at Kabul’s Ali Abad Orthopedic Centre in 1990 and has remained there ever since. Now in his 60s and the director of the center, he and the other staff, including former patients, help people affected by Afghanistan’s decades-long conflicts free of charge.
Background Information
According to Al Jazeera, the International Committee of the Red Cross (ICRC) set up the Ali Abad Orthopedic Centre in Kabul to provide physical rehabilitation and artificial limbs for the victims of fighting, landmines and bombs. Each year, more than 10,000 Afghans enroll with the ICRC for prosthetics and physical rehabilitation.

Since its opening, the facility expanded its operations—it now has seven locations and teams that make home visits for those who can’t physically travel.

According to Alberto, more than 200,000 people in Afghanistan are in need of prosthetic limbs.

KABUL, Afghanistan—I’ve been helping those with limb differences in Afghanistan for decades. Many years ago, a man named Mahmood changed the way I viewed physical rehabilitation in situations of active conflict. He changed my life and the lives of his fellow countrymen who visited the center for treatment.

I met my ‘teacher’ during wartime

It was 1994 and the civil war was raging in Kabul, causing the orthopedic center to close.

The production of prosthetic limbs and devices was suspended on the assumption that physical rehabilitation did not save lives and therefore was not urgent; disabled people could wait for better times to seek care.

Mahmood was the victim of two landmines, which had resulted in his legs being amputated below the knee and his right arm above the elbow. He navigated the world best he could in a wheelchair.

One incident during this time proved wrong the assumption that helping people like Mahmood during war was wasteful or useless.

One day, a bomb exploded near him. In the chaos, he was in the middle of the street in his wheelchair, with only one hand to propel him to safety, struggling desperately to escape with his youngest son. In this moment, it was clear that prostethic limbs could in fact be desperately needed, life-saving objects.

Mahmood persisted so relentlessly to get his prostheses that I agreed to see him despite the suspension of services. His determination awed me; he crossed the front line twice a day with his son, never late to treatment.

I could not believe it. For him, the artificial legs were much more than plastic devices—they were instruments of life. He needed to be mobile, not wheelchair-bound and utterly dependent on others.

Thanks to him, I fully understood the importance and urgency of physical rehabilitation in all situations, even as bombs rain down.

Afghan people’s resilience in the face of disability stuns

Every day, the Afghan people’s bravery and courage stun me.

I treat men, women, and children who do not allow their physical condition to dishearten them; instead, they persevere daily against prejudices and a physically hostile environment.

Mahmood was one of them, determined to do any job to support his family. He now works as part of our team, helping his fellow amputees as we helped him.

I have seen paraplegic persons who travel 30 kilometers (18.6 miles) a day in wheelchairs for work, in all weather and conditions, and others who do incredible things for their children.

Some wheelchair users live in places far from the city because the rent is cheaper. Every day they travel to places where business is better, selling phone cards, and small things.

I have treated a few paraplegic Afghans with spinal cord injuries. They are very poor, yet worked long hours to earn enough and send their children to school, individual courses, or even university.

Loss of limbs just one challenge for female patients

Since the Taliban takeover of Afghanistan in August 2021, people remain sad and worried. The working environment in Kabul, and the spirits of patients and staff are low.

Based on the experience with the previous Taliban regime, many Afghans are worried about education for their daughters. Women who are the family breadwinners are afraid to lose their job and income. The collapsing economy scares everybody.

I know people who now have to support the families of brothers and sisters who have lost their job. At times, their one salary has to support up to 30 or 35 people.

A disabled person normally suffers from prejudices, architectural barriers, and a lack of specific programs to facilitate inclusion. In Afghanistan, widespread poverty and lack of safety and security add even more challenges.

Now that school and work are denied to women, I see many disabled women suffer at an even higher level, penalized doubly. They have lost what inclusion rights and tools they did have.

Providing them with physical rehabilitation is still possible. Helping them with education, jobs, and social life has become near impossible.

On top of that, I often face a lack of self-confidence from my patients. At every change of regime, a new crisis starts, results previously achieved are lost, and efforts have to be re-started from the wreckage. I foresee tough times ahead.

Staying on despite the Taliban

To leave when Afghanistan needs more help than ever would have been a real betrayal. If I had also left, who would stay?

I stayed because I like my work and the Afghan people.

The Taliban have never been aggressive or rude to me or my colleagues. Of course, many of them do not know our work. They are not familiar with rehabilitation centers like ours and at first, they look cautious, even suspicious or intimidated.

But they quickly get used to us, accepting our rules and medical orders.

It is funny in a way to see Taliban sitting together with former mujahideen guerrilla fighters, old communists, and soldiers of the past regime, waiting for care. The fact that they all have disabilities in common makes their differences seem small.