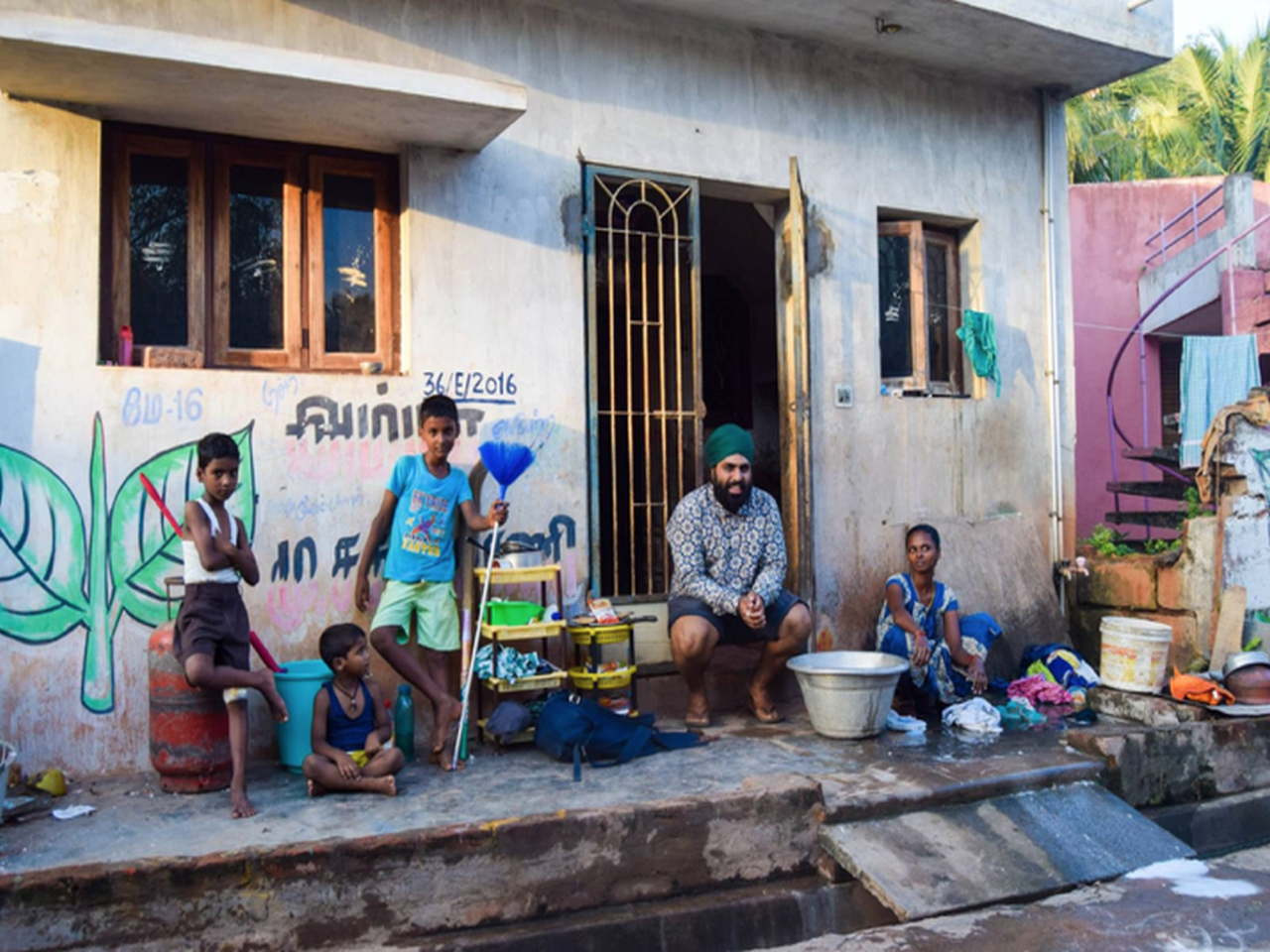 Like my mother, the Indian woman single-handedly managed all the household chores every day. But there was a huge difference. She had no support.

Due to the partition of India, our family was eternally displaced. We lost everything. I have an affinity for refugees who lose their homes due to mindless hate and violence. 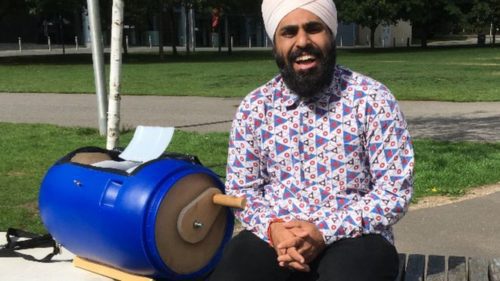 Interview Subject
Former University of Bath student Navjot Sawhney set up the Washing Machine Project in 2018 after a rural woman inspired him in India. Since then, volunteers and businesses have given their time for free to help make low-cost washing machines for low-income and displaced communities globally.

Navjot has secured a fundraising agreement with Electrocomponents, which allows him to develop the project, roll it out to more countries, and recruit full-time staff members.
Background
Women in 11 countries including Greece, Uganda, Nigeria, Lebanon, Jordan, the Philippines, and Cameroon contract infections and water-borne diseases directly from contaminated water sources. Girls as young as 6 years old work together with their mothers.

According to Navjot Sawhney, founder of The Washing Machine Project, 70% of the world’s population do not have access to an electric washing machine and resort to handwashing clothes. If there is access, infrequent electricity and water supplies ensure washing machines are not a sustainable option.

The Washing Machine Project is a grassroots project which seeks to provide a single, standalone, off-the-grid, affordable, and portable washing solution accessible to everyone.

LONDON, England — After college, I moved to a small village in southern India called Kuilapalayam as part of Engineers without Borders. I met Divya.

Like Divya, the women in the village cooked, washed dishes, laundered clothes, and cleaned the house with their bare hands. They did not benefit from washing machines, continuous water, or electricity. They often lived in pain.

Moved by her story, I promised Divya I would make a manual washing machine to alleviate her burden.

I created the machine, named it after my friend, and partnered with the United Nations to distribute the machines to displaced refugees.

From curious child to Engineers Without Borders

Growing up, I was a curious child. My father, an aerospace engineer, often took me to air shows. Awe-inspiring aerobatics, colossal aircraft, and a thrilling display of synchronization in the sky fascinated me.

I would come home, pick up the toolbox, and try to make appliances. Often, I would break my toys and gadgets to see how they worked.

However, my father died when I was young, and I soon realized the importance of women in the family. From then on, my mother raised me and my two sisters. My mother created the perfect work-life balance.

She cared for her three children while managing the household tasks and juggling schedules. She cooked, cleaned, did laundry, and helped us with our studies.

Eventually, I went on to study engineering at the University of Bath. Upon graduation, I joined one of the world’s top manufacturers of home appliances. For four years, I used my engineering skills to create home appliances for wealthy individuals who had everything they ever needed.

Unfulfilled, I quit my job and joined Engineers Without Borders based in the United Kingdom. I moved to India to participate in the Clean Chulha Project to provide clean and efficient traditional Indian cookstoves.

One day, when I was making cookstoves, I met Divya, my next-door neighbor. We immediately connected. Divya was the only friend I had in the village because she was fluent in English.

During one of our evening conversations, I realized the significant burden household labor placed on Indian women. Like my mother, Divya single-handedly managed all the household chores every day, but there was a huge difference. She had no support.

I was shocked at how long it took her to do laundry, and how difficult the process was. She suffered from severe back pain as a result.

Divya did not have an electric washing machine. She was poor and had limited access to continuous water and electricity. I realized that this condition was common for women in the village. To understand their predicament, I conducted a small survey and discovered that the village women spent 20 hours a week and 40 liters of water hand washing clothes.

If they had washing machines, I thought, they could save water and time, and focus on more productive tasks that didn’t hurt them. I promised Divya I would make a manual washing machine to alleviate her burden. When I completed my year-long Clean Chulha Project, I returned to London.

In 2018, I developed a hand-cranked washing machine and I named it after Divya. The machine can wash and spin dry 10 kilograms (22 pounds) of clothing in only 15 minutes. Easy to use, the machine consumes just 10 liters (2.6 gallons) of water to complete an entire cycle of washing.

In order to turn my designs into reality, I partnered with Huxlo (a Bristol-based design and fabrication firm) and the University of Bath. The Divya requires no electricity. It saves 75 percent of the time and 50 percent of water compared to hand washing clothes.

The United Nations helped me distribute the Divya at Mamrashan Refugee Camp in Iraq. The 30 hand-cranked washing machines installed at the camp helped over 300 displaced persons.

My father became a refugee and our family was displaced due to the Partition of India. We lost everything. Therefore, I have an affinity for refugees who lose their homes due to mindless hate and violence. They deserve dignity and free and equal opportunity.

By providing refugees and low-income communities with an alternative to handwashing clothing, I am mitigating the associated health risks. I visit volatile places to distribute my machines, like refugee camps in Iraq, Jordan, and Lebanon. The task is never easy.

I plan to have at least 7,500 machines available to disadvantaged families and communities worldwide in the next two years.