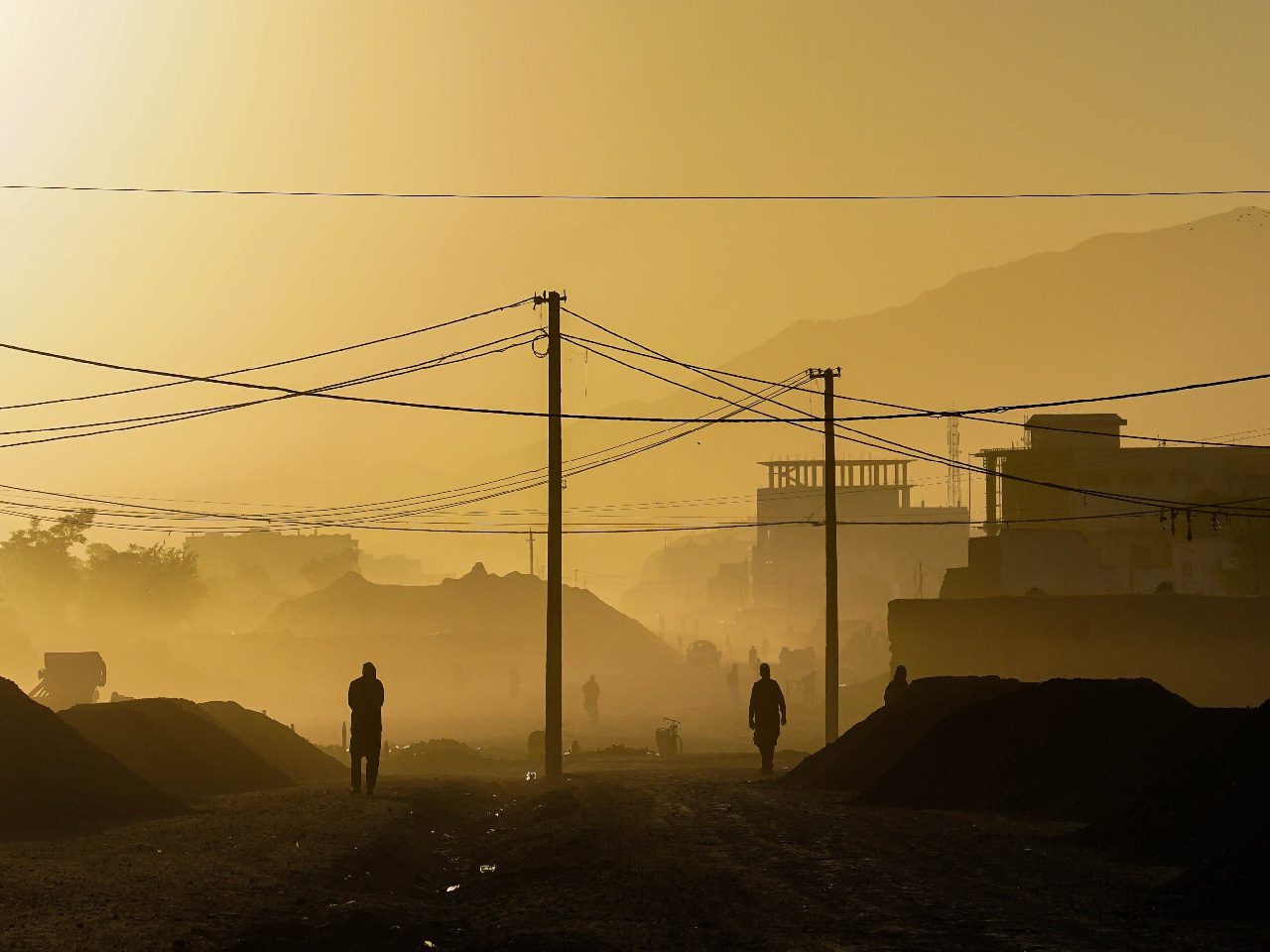 Kabul, Afghanistan in 2020. On Aug. 15, 2021, the Taliban entered the city to complete their re-conquest of Afghanistan | Photo by Mohammad Rahmani on Unsplash

I ask, “Why am I alive,” when I cannot study, work, or even move about. For 20 years, I have dreamed. Every single second—every moment of my life—I was proud to be a woman in Afghanistan. Now, we are left with nothing but a grim life and dread of the future. 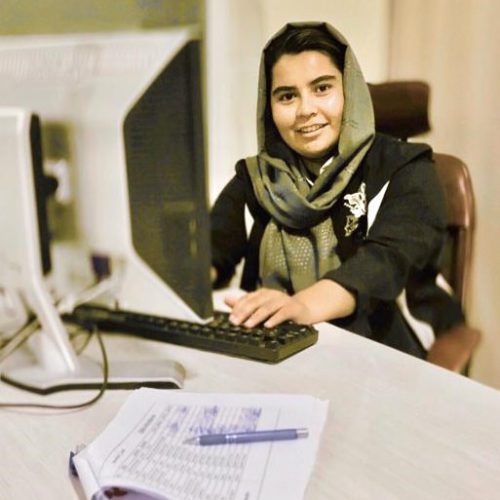 Interview Subject
Nargis Nayeel Saddat is a 22-year-old CEO and founder of the Kabul Business Developers Club. Saddat is an activist and helped empower women in Afghanistan before the Taliban takeover.

Since Aug. 15, 2021, she has lost her livelihood, her organization and her freedom. She has been locked up in the four walls of her house for more than a month.
Background Information
On Aug. 15, 2021, the Taliban entered Kabul to complete their re-conquest of Afghanistan. In the blink of an eye, everything changed.

Since that day, some women have been protesting across Afghanistan, fearing a repeat of the Taliban’s previous brutal reign. There are fears over women’s freedom to work, study, dress, or move freely without male accompaniment.

On Sept. 7, women activists raised their voices in protest for their fundamental rights: work, study, and freedom. Many were injured, including Saddat’s friends, while taking videos and photos of the brutality.

KABUL, Afghanistan ꟷ Since the Taliban takeover, life has become hell for me. It’s not death I fear; it’s the uncertainty of the future.

When I lay down to sleep, I hope I never wake up. I dread the aimless mornings and ruthless evenings—they leave us all marked with emotional and psychological trauma.

The day the Taliban took over Kabul

It was late in the evening when my colleague’s father, a general in the Afghan National Army, called me frantically. Two days prior, the Taliban had taken control of the Mazar province.

On the phone, he urged me to evacuate my office in Kabul as soon as possible. The Taliban were about to attack.

Unfortunately, his call was too late. At 7 p.m., five Taliban fighters stormed into my office, destroying our computers, and ransacking the premises. They threatened us and told us to leave or “face the consequences.” That was my last day at the office.

As I walked the 3 kilometers (1.8 miles) to my home, I saw panicked locals running for their lives on the streets. Thousands of Afghans, including women, children, and the elderly, ran barefoot towards the Hamid Karzai International Airport, in an attempt to flee the city.

Taliban fighters breached the city from all sides. Our president, Ashraf Ghani, had already left the country, leaving us abandoned. The sight of Taliban fighters patrolling the streets paralyzed me.

Clashes, looting, and mayhem erupted everywhere I looked. The police deserted their posts, just like the Afghan National Army.

The speed of the surrender shocked me. My city, the capital of Afghanistan, was the last destination for displaced civilians from faraway provinces. Feelings of anger, betrayal, and terror set in.

I find it difficult to express my feelings about what has happened in Afghanistan. I was 2 years old when U.S. forces removed the Taliban from power in 2001. Still, I experienced extreme hardships.

My mother was shamed for delivering me instead of a son, and my father disregarded my education. Traditional norms and practices, such as early marriage, made it hard for me to reach the classroom.

However, my mother believed the only way to break my shackles and become a responsible citizen was through education. She persisted and secretly pushed me to go to school.

In 2016, my educational journey ended when a Taliban attack on the Torkham border left my father dead. I assumed the responsibility of supporting my family.

I began earning money in the ninth grade and launched the Kabul Business Developers Club to help women build their own start-up companies. Eventually, I went to work for a business-to-business (B2B) marketing firm. I served as a sales manager, with clients in the U.S. and the U.K.

That dreaded night when the Taliban took Kabul, they destroyed all my achievements. I lost my job, and the Kabul Business Developers Club shut down.

Before that savage night, I paid my own bills, rent, and tuition, and I bought my own groceries. Now, I must remain home. With my savings diminished and no source of income, I cry silently in my room, praying for a miracle.

For my mother, who experienced Taliban brutality first-hand, depression set in. Memories of the volatile experiences she faced during their previous reign from 1996 to 2001 fill her with fear.

She saw women and girls subjected to human rights violations. The Taliban denied them work and an education. They were sexually enslaved, forced to wear burqas, and forbidden from leaving home without a male guardian. We have no men in our family now. Who will accompany us?

Perhaps she knows what lies ahead.

On Sept. 7, 2021, my friends joined hundreds of women who marched through Kabul demanding their rights and freedom in an unprecedented show of defiance against the Taliban.

These people were commoners and activists who protested, and they were struck down. Two journalists, Taqi Daryabi and Nemat Naqdi, covered the protest. They were taken to the police station for capturing videos and photos and were brutally beaten.

The Taliban promised to form an inclusive government and assign administrative roles to women, yet a week ago we heard them say women should restrict themselves to giving birth.

They said Afghan women would be allowed to study, but government universities are closed. The educational diktat [an order or decree imposed without popular consent] applies only to private universities. Classes there are segregated by gender.

In reality, they will not permit girls to study beyond sixth grade. My 15-year-old neighbor has not attended school since Aug. 15.

The Taliban vowed to respect women’s rights within Islamic law, assuring women could work wearing hijabs. In a week, they retracted the statement and insisted Afghani women stay home.

No hope remains for Kabul’s women

I ask, “Why am I alive,” when I cannot study, work, or even move about.

For 20 years, I have dreamed. I played sports. I exercised my rights as a citizen. Every single second—every moment of my life—I was proud to be a woman in Afghanistan. I was not alone.

Incredible women thrived around me. They built gyms and clothing brands. They grew into successful business people. I worked with women who played a major role in developing an export trade of dry fruits and saffron out of Afghanistan. These women contributed to society.

Now, we face brutal psychological warfare. Millions are hurting as the world watches in silence. Anger consumes me at my government’s betrayal and America’s irresponsible departure.

For decades we were embroiled in a war. Now, we are left with nothing but a grim life and dread of the future.