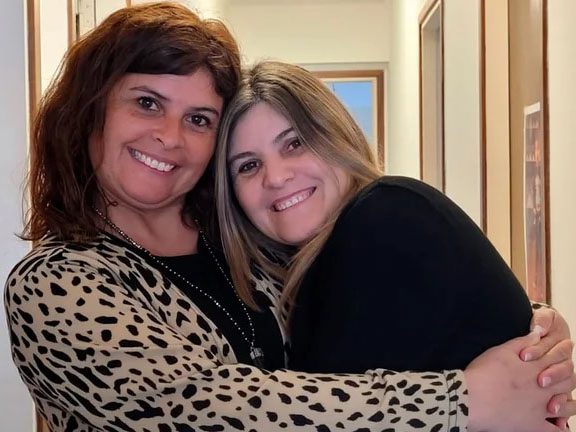 As a young girl, I told my mother I wanted to have a little brother. One day, a woman showed up at my parent’s store carrying two baskets. A baby lay in each basket – one boy and one girl. The woman greeted me and placed the two baskets on the counter. She asked my mother, “Which one did you order?” My mother replied, “The boy.” 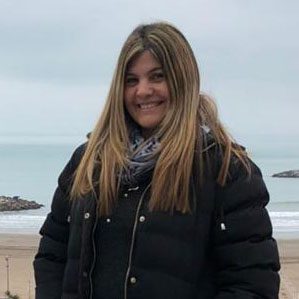 Interview Subject
Carina Rosavik, 45, is an administrative employee of the province of Córdoba in Argentina.
BackgroundInformation
The National Commission for the Right to Identity (CONADI) is an organization dependent on the Secretariat of Human Rights, responsible for guaranteeing compliance with the International Convention for the Rights of the Child, in relation to the right to identity.
It promotes the search for sons and daughters of the disappeared and people born during the captivity of their mothers, during the last civil-military dictatorship in order to determine their whereabouts and restore their identity.
It requires assistance, information, and collaboration from the National Genetic Data Bank and orders the performance of genetic expertise in said Bank.
It intervenes in any situation in which the right to identity of children and adolescents is violated. The CONADI was created in 1992 and its scope, objectives, and powers were ratified in 2001 by Law 25,457.

CORDOBA, Argentina — I am baby “NN” – a code in the birth file indicating a child born on the street, abandoned, or a victim of trafficking. Two years after my birth in 1976, the files indicate the registration of another infant in similar circumstances who would turn out to be my biological sister Carolina.

Today, my sister and I know we came from the same mother and father. However, we do not know if they abandoned us or if traffickers stole us from our parents.

Carolina lived a loved life. She always knew her story or at least fragments of it. She knew she arrived in Casa Cuna at 10 days old and her parents adopted her at two months. My parents, on the other hand, lied to me my entire life.

Child witnesses the purchase of her brother

As a young girl, I told my mother I wanted to have a little brother. One day, a woman showed up at my parent’s store carrying two baskets. A baby lay in each basket – one boy and one girl. The woman greeted me and placed the two baskets on the counter. She asked my mother, “Which one did you order?” My mother replied, “The boy.”

From that day on, I had a sibling. Many years passed before I realized I witnessed the purchase of an infant. The woman delivered my brother like a package someone ordered. In time, the scene made me question my own birth. At five years old, I asked why I never saw photos of my mother pregnant. My parents insisted the photos got lost and burned but I was their daughter. They maintained the lie until the day they died.

Over the following years, suspicions surfaced. Why were my parents so old, I wondered. Then, in August 1999, at 23 years old, my first child died following a premature birth. The doctors conducted many tests to find out what happened, and we discovered my blood group did not match my records.

A month later my doorbell rang at the house. Officials from the Abuelas de Plaza de Mayo stood there. They asked if I doubted my identity and told me about an adoption file they found. In this file, a midwife claimed that my biological mother arrived at her home dying. It said my mother delivered the baby at a clinic and left a note giving me away.

This was not the first time I encountered officials from Las Abuelas de Plaza de Mayo. At fifteen years old, they came looking for me with a court order. They had suspicions I could be the daughter of a disappeared person, but negative DNA tests left me thinking I belonged to my parents. Years later, the story began to unravel.

A nun gives baby to fake parents despite government suspicions

As a child, I remember my father had a lot of money. Over time, it became clear he and my mother paid to take me and change the information in the file to their liking. In search of answers, I began speaking to people associated with my adoptive family. One woman, who was like an aunt to me, swore she knew nothing, but later confessed.

According to her, my parents went to Buenos Aires in 1976, the year of my birth. They found me and took me to Córdoba where they claimed my non-biological mother gave birth to me. The Civil Registry had suspicions because of errors on the paperwork and the age of my parents.

As a result, the authorities made a complaint. They detained my parents and took me to Casa Cuna de Córdoba, a place for orphans. I spent two years of my life there. This woman who was like an aunt to me, swore to my father she would take care of me. She apparently visited me every day.

My father served as a military employee, so they released my parents from detention fairly quickly, despite knowing my adoption was illegal. My mom developed a relationship with a nun at the hospital and as their friendship grew, the nun eventually let my parents take me home. For a long time, my mom took me to visit that nun.

Twice, DNA tests failed to connect me to the database of disappeared persons and I thought of ending the search and moving on with my life. In a final attempt, I returned to court in 2015 with my birth certificate in hand. Through the process, I found out another birth certificate associated with me existed in Morón.

In this file it refers to me as baby “NN.” For stolen or abandoned infants, they invent a last name using the first letter of the place where they register the birth. For this reason, they called me Carina Martínez. At the time, we could not connect any more dots, but a small piece of information emerged. In the same location, they registered another baby less than two years later – my sister Carolina.

Fifteen years before our reunion, Carolina left her DNA with Las Abuelas de Plaza de Mayo. While they found no connections at that time, upgrades in technology connecting siblings in the National Genetic Data Bank made our reunion possible. On August 24, they reached out to us both by phone.

I remember walking through the supermarket by myself that day when the phone rang. I answered, but quickly said, “I am busy,” and hung up. As a result, I did not hear the news they called to deliver. That same day, 1,100 kilometers away, Carolina received a similar call.

Sitting in her car waiting for her children to come out of school, she answered the phone. “You have a sister,” they said. “Same mother. Same father.” The moment shocked her. Once I heard the news later that day, we met for the first time via video call. The tears came naturally.

As we sat face-to-face on the call, it felt like I was looking in the mirror for the first time. We stared at one another, uncertain what to say or where to start – silent and a little overwhelmed. Since then, it is as if we have been together all of our lives.

Carolina and I never looked for each other. We spent 44 years living our own lives, unaware the other existed. When we finally met in person, the heartfelt embrace we shared felt like a miracle.