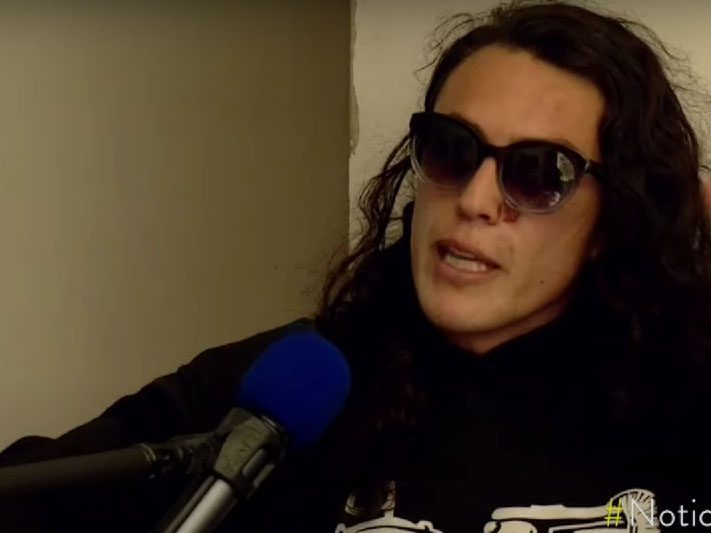 When the ESMAD began using stun guns, I found myself in the middle of chaos. Everyone started running. Right there in the street, someone shot me from behind. I felt the impact on my face and ran desperately seeking help. I touched my left eye. Blood poured down. 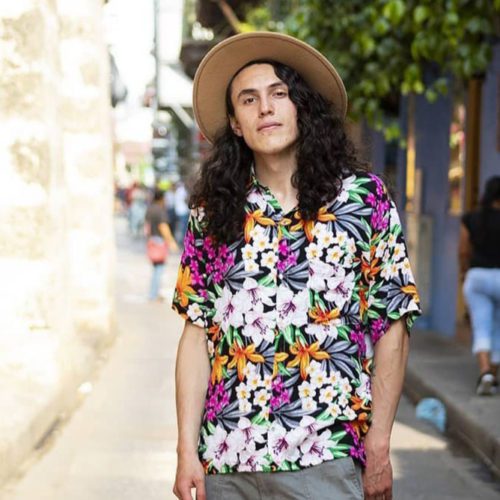 Interview Subject
Gareth Sella is a 24-year-old filmmaker and artist in Colombia who lost the vision in his left eye due to an attack by the Mobile Anti-Riot Squad (ESMAD) in February 2021 during social unrest. A film and television producer, Gareth started a production company in 2018 called La Resistencia Cine.

At first, Gareth’s approach to the social and student movement was very distant. However, in the first year of the production company, he received an honorable mention at the Proyecto 48 Festival. The citation pointed out the importance of film in resistance. Gareth became active in social mobilization in the country, unaware dark days were coming or that he would be shot during a protest.
Background Information
With the arrival of Iván Duque to the presidency of Colombia, various social mobilizations began to appear in throughout country. These mobilizations were known as the “National Strike #21N” because they began on November 21, 2019 and continued until 2020. With the pandemic, the excess of public force and police violence spurred more mobilizations that continued in 2021. Gareth Sella, who at the time belonged to the Blue Shields, was attacked by an ESMAD agent who threw a stunner at his face. The case is in the Prosecutor’s Office, but there is no significant progress.

BOGOTÀ, Colombia ꟷ I began playing guitar when I was 12, hoping to be a musician, but at 17, I turned to cinema. With so much inside me, I wanted to find the perfect art to express myself. Being a filmmaker seemed a very effective method to show people what I saw inside.

I looked for metaphors to talk about environmental issues, the blood spilled in my country, and to illustrate the death and violence surrounding us. I soon joined social mobilization and activism movements.

In 2021, I was shot in the face during a protest, and I lost the vision in my left eye.

Filmmaker and activist motivated by the murder of Dilan Cruz

At the young age of 14, I attended a large mobilization of university students seeking to stop a reform promoted by the government of Juan Manuel Santos to Law 30 that guarantees education as a right. Seeing the students organized, fighting, and defending their rights moved me.

Then, at the end of 2019, I found out about the murder of a young protester named Dilan Cruz while I rode on the bus. Right then and there, I broke down. The raw and striking images of Cruz being shot filled me with sympathy, despite not being a part of the protest myself.

The experience propelled me to follow the activist group Escudos Azules on social media. In December of that year, they arrived at a mobilization at the Pedagogical University in Bogotá. Soon, the ESMAD (a mobile anti-riot squad in Colombia) began repressing them and breaking their protection shields. Violence ensued. I had to do something. I wrote to the group and began making videos. From that moment forward, I joined the movement.

Young artist shot in the face during protest in Colombia

Nearly two years later, on February 24, 2021, I awoke in the morning and left to attend a work meeting. When the meeting ended, I went outside. A protest was underway.

It was not my intention to be on the front lines that day. I went outside to support the activists who were demonstrating against police brutality and demanding the dismantle of ESMAD. A small protest, less than 300 people attended that day.

Whenever the Escudos Azules arrive at a mobilization, we always introduce ourselves to the police commander in charge, the coexistence managers, and the human rights defenders. We do this to ensure them we are not vandals.

Others likely infiltrated the protest, but no one was throwing stones and the street was nearly empty. Suddenly, the ESMAD began using stun guns and I found myself in the middle of chaos. Everyone started running.

I did not know what to do or where to run. Right there in the street, someone shot me from behind. I felt the impact on my face and ran desperately seeking help. I touched my left eye where I felt the worst pain and blood poured down.

After months of recovery, victim finds new ways to mobilize

My memories of that protest are very abstract. There seemed to be a rupture in space and time. They shot me because they wanted to; because someone gave an explicit order to do so.

In my life, I have been in the operating room many times, but this time was different. When the effects of the anesthesia wore off, I awoke in an empty recovery room. At dawn, laying in my hospital bed, I rested in peace. I could feel death and with it, a sense of relief. The next day, I started my new life.

I decreed not to remain silent, but I made up my mind, I could never return to the bus or the front lines of protests again. In the first forensic medical report they suggested I would need 50 days of disability, but since then it was determined I have permanent physical and aesthetic damage. I did not lose the eyeball, but I did lose sight in my left eye.

I could not risk the only remaining healthy one. Laying in bed for two months during recovery, I considered other ways I could contribute. While fear and anxiety keep me from the front line, I am radicalized towards life and the protection of lives in Colombia or anywhere around the world.

My way of “seeing” the world changed

Being shot changed my way of seeing the world. I think of the story of Odin who, to acquire more knowledge, sacrifices his eye. What good are two eyes if I cannot see what is happening in Colombia? We have politicians who look into the eyes of the people and deceive them, who have both eyes, but it does not guarantee truth. The things they do to harm people often goes unseen.

Now I see the world with my soul and my heart. I see the world with love, and I ask myself, why do I see so much more than others do? There is a serious reality to the country we live in. As a nonviolent protester, someone saw me as an enemy; as a person they could shoot dead. That awareness shocks me.

To me, the day they shot me is the day I died. They called me a vandal. Today my vandalism is conceptual, philosophical, and artistic. I express it as a filmmaker.

Though we have suffered, the Escudos Azules includes people willing to give up everything so things can change in Colombia. We do not make room for any political party or politician. Instead, we maintain our sensitivity to life and to the people of Colombia.