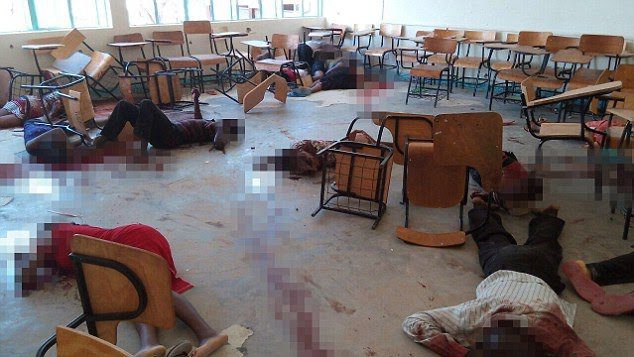 Students were gunned down by terrorists in their classes during the attack on Garissa Moi University. | Grandmother Africa

After killing students in the classrooms, the terrorists gathered their energy and prepared an intense attack on the residence halls. 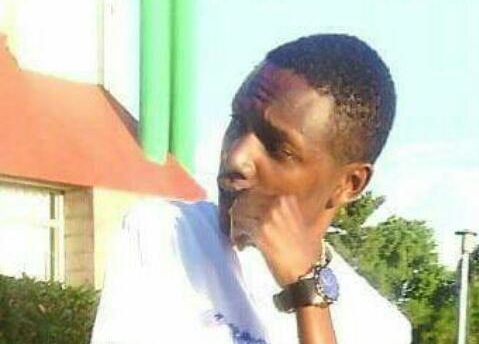 Interview Subject
Jack Musyoka is a 26-year-old Kenyan citizen and a former student at the Garissa Moi university campus. Jack lived through the infamous Garissa University terrorist attack by Al-Shabaab which left 148 dead and more than 70 injured. Jack witnessed the entire attack from a hideout on the rooftop of a student residence hall.
Background
The Kenya Garissa attack is one of the deadliest terror attack ever witnessed in the country. It occurred in Moi University Garissa campus on April 2, 2015 where 148 students lost their lives and more than 76 individuals were injured. The attack led to the closure of the institution which was reopened nine months later.

There have been several other terror attacks in the country and most have been linked to the Al-Shabaab group. Among those witnessed in the recent years is the September 2013 attack on the Westgate shopping mall in Nairobi.

This attack left over 60 people dead and others with minor injuries. In June and July 2014 attacks in Lamu and Tana River counties on the Kenyan coast are reported to have killed at least 85 people. Al-Shabaab also claimed responsibility for the attacks.

On January 15 and 16, 2019 there was an attack at the hotel and commercial complex at 14 Riverside resulting in injuries and loss of life.

The most recent attack was witnessed on January 5, 2020 where al-Shabaab conducted an attack on a military strip in Lamu killing more individuals.

With the attacks seemingly being deadly, the Kenyan government has majored its efforts in ensuring tight security to counter potential reprisal attacks by Al-Shabaab.

ELDORET, Kenya — Were it not for fate, I would be dead right now. Every single moment of the Garissa terror attack is painted in my mind, as if it happened yesterday.

I am one of a few who can tell the story. The rest were gunned down or survived but cannot speak of it.

The attack left 148 people dead and over 76 injured.

I was not physically harmed, but the psychological damage nearly killed me.

Before that fateful morning, rumors circulated campus that a student surrendered himself to Al-Shabaab [a fundamental jihadist group in East Africa]. Rumors claimed he informed the terrorists of our routines and details about the university; that an attack was imminent.

You could feel the fear on campus.

On Thursday, I woke up early. I was walking from my room to the bathroom when I heard gunshots. My brother, who had class in two hours, was still getting ready.

My heartbeat quickened as my mind rejected what I heard. I could not believe the rumor was true. What followed was immediate – commotion, confusion, noise, and screaming, as everyone began running for their lives.

Our room was located on the ground floor of the hostel [the student residence hall] and my instinct was to run upstairs to gain a clear view from the balcony. At that moment, reality set in. I knew we were in danger.

I watched as armed men moved from one classroom to the other. The gunshots we heard had left two security guards at the gate dead. The four Islamic terrorists dashed into the school compound and divided into two groups.

Two of the terrorists attacked the administration area where the Vice Chancellor’s office and the staff quarters were situated. The other two shot students they found in classrooms.

The administration area was heavily guarded, and the two militants were unable to penetrate it, though they left a policeman dead.

Thwarted from the administration area, they joined the other two militants who were shooting students. Members of the Christian Union, who were attending morning prayers in one of the classes, were all shot to death.

There were two hostels on the Garissa University campus. After killing students in the classrooms, the terrorists gathered their energy and prepared an intense attack on the residence halls.

A majority of the students had fled from the first hostel after being alerted by a watchman and other students.

The militants moved to the second hostel at the far end of campus. This was my hostel. As they approached, they shot their guns in the air. I rushed to hide inside a cement slab next to the rooftop. I could still watch them from my hideout but the fear made me tremble even more.

As they entered, the terrorists locked all the main entrances of the hostel with chains and padlocks, before storming inside. Students like me rushed to hide as the terrorists moved from room to room, banging on doors and killing anyone they found inside. This continued for hours, until about 1:00 p.m.

Sitting inside my hideout, my parents tried calling my phone over and over, but I couldn’t pick it up. I sent a text message to my family and friends, saying I was safe and hiding. I asked them to pray for me. I also had to tell them I didn’t know where my older brother was; that I left him in the room and he could be in danger.

When the terrorists began to realize the students were hiding, they changed tactics. One militant shouted for the girls to come out of hiding. He said only boys would be killed, and the girls would be freed. It was a trap.

As the girls came out of hiding, the terrorists made them lay facedown on the ground. Muslim girls were freed but the rest were brutally shot in the head. With screw-like structures in the soles of their shoes, the terrorists moved from body to body, stepping down on them to confirm their death. If a girl was alive, they shot her repeatedly.

Government finally came to our rescue

It was around 2:00 p.m., nine hours after the attack began, when I finally noticed policemen taking positions around the varsity fence. They could not proceed, as a terrorist sniper on the roof was shooting at them.

Eventually, the Kenya police were replaced by the Kenya Defense Forces (KDF). While the KDF struggled to gain entrance to campus, the terrorists used a new tactic to claim lives. One of them pretended to be a KDF officer.

He called on students to leave their hideouts and be rescued.

A large number of students emerged. They were again assembled and killed. Like before, the Muslim students were freed after reciting verses from the Quran, while the Christian students were left dead.

Finally, a tank made way for the KDF officers to enter the university compound and they began exchanging gunshots with the militants housed inside the hostels. Several KDF officers were killed. Gunshots rang out through the air.

Another four hours had passed. It was 6:00 p.m. when the rescue squad, a police unit specifically trained to free hostages, arrived. Together with the KDF, they entered the hostel, took their positions, and eliminated the terrorists in minutes.

Those of us who remained left our hideouts and were escorted away by the officers. What I saw next was just as traumatizing. Dead bodies and fresh blood were all over the grounds, even in the lecture halls. I thought about my brother.

Counseling, recovery, and a new start

Two days after the attack, Kenyans gathered at the Nairobi Uhuru Park to remember the innocent victims at Garissa University who died that day.

One hundred and forty-eight crosses were planted in the ground. The mourners lit candles as they read the names of the victims and sang the national anthem.

Despite evading physical wounds, the event left serious scars in my mind. I remembered every classmate who died and relived every incident I watched from my hideout during the attack. Post-Traumatic Stress Disorder consumed me.

With the help of medical professionals at Kenyatta National Hospital, I underwent treatment and counseling to lessen the impact of my memories, and joined a group called Happy Family. I eventually healed and moved on from the past.

The students who survived the terror attack were moved to Moi University’s main campus, the parent-school of Garissa University. I joined the Moi University Student Choir, and we often sang mournful songs during mass to console the survivors. For me, singing became another form of therapy.

Despite being afraid of another attack, I pursued my studies and eventually graduated.

A group of Moi University students launched an awareness campaign with the hashtag #147notjustanumber. They carried placards bearing the slogan to put faces behind the death count. The slogan continues to trend in our country every year on April 2.

This remembrance helps communities that were heartbroken by the death of loved ones. It recalls a nation stunned by violence. It celebrates the memory of loved ones and fallen, innocent soldiers.

It was later confirmed that 148 souls were claimed by the Al-Shabaab militants that day. More than 76 others were rushed to the hospital with injuries. Of the 148 victims, three were security guards, three were KDF soldiers, and 142 were students.

Were it not for the government’s rescue efforts, even more of us would be dead right now. However, I urge the government to be quick in responding to such incidents. It took the police seven to eight hours to arrive on the scene that day.

We can do better than this.

Additional security measures should be taken around places with large social and economic activities like malls, hotels, churches, and schools, especially institutions of higher learning. 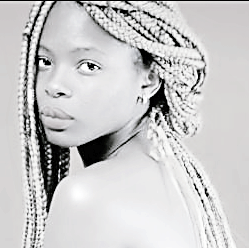