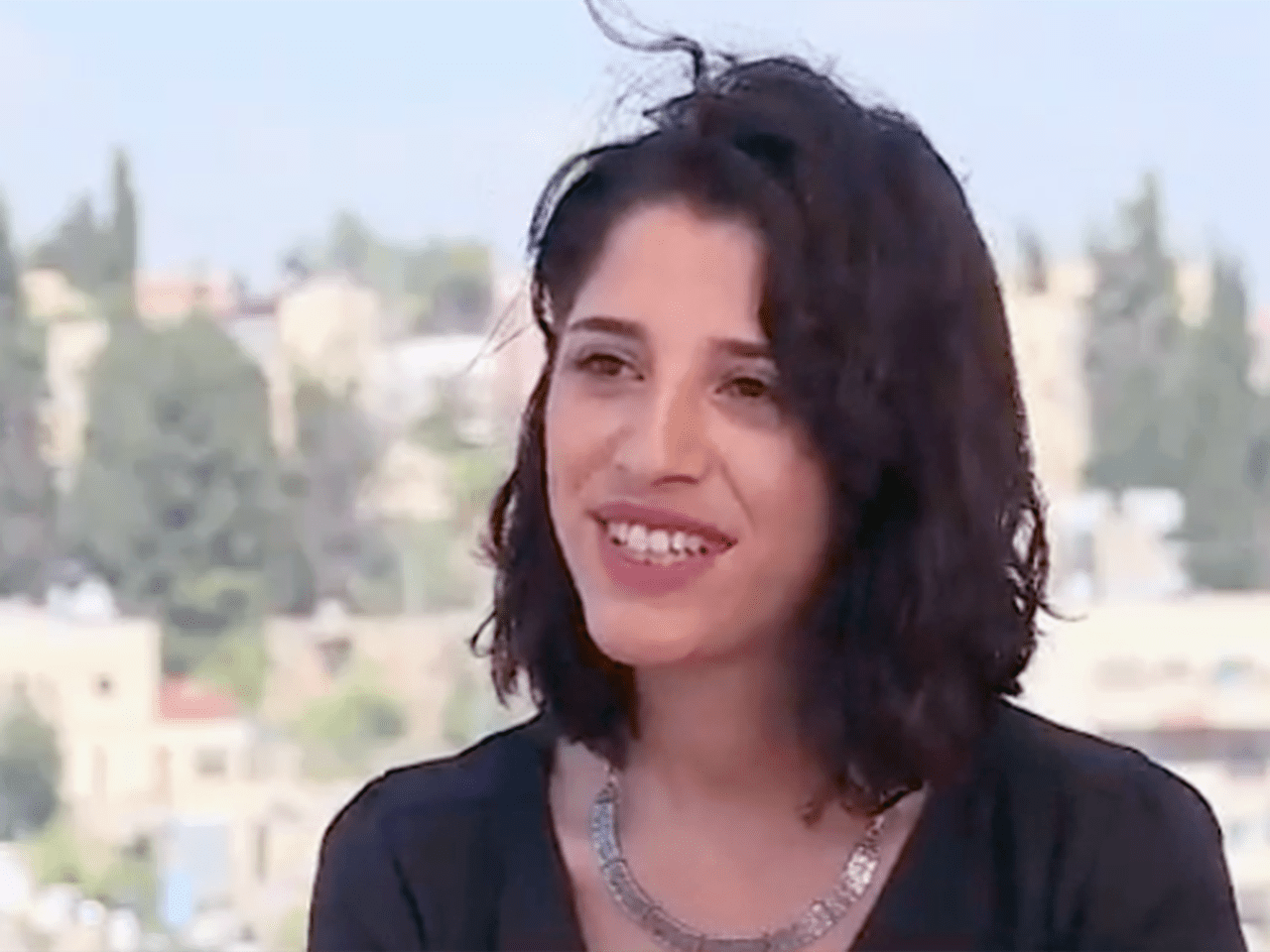 We're past the point of hoping foreign donations will help us because there are so many strings attached to the money that comes in. 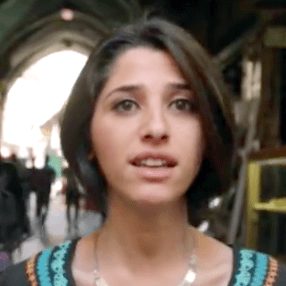 She’s been working at Grassroots Al-Quds for 10 years and living in Jerusalem for the past 16 years.

Khalifa began as a field coordinator at Grassroots Al-Quds and is now a community organizer who mobilizes Palestinians in Jerusalem and connects them to other areas of Palestine.
Background
Civilians in Israel/Palestine have been killed, injured and displaced over territorial control in the world’s longest period of state violence.

During the same time period, the UN believes there were at least 12 Israeli fatalities, including two children. Hundreds of injuries have been reported to the UN from Israel.

Damascus Gate, referenced in the story, was built in 1537 and now sits on the border with the West Bank, since Israel captured East Jerusalem in 1968.

Over 70 Palestinians face eviction from their homes in the Jerusalem neighbourhood of Sheik Jarrah.

Their case has been before the Israeli Supreme Court since early May and faces a June 8 decision.

The plan to evict Palestinians and replace them with Israel sympathizers from around the world is emblematic of the Palestinian displacement that’s violently occurred over the past 70 years.

JERUSALEM, Israel — On May 12, 2021, I joined a small number of Palestinians in Jerusalem at Damascus Gate to protest a wave of evictions and the ongoing Israeli occupation.

Together with organizers and other protestors, we were calling for a general strike.

A handful of us gathered at the historic entrance to the Old City of Jerusalem, preparing to chant and peacefully march into the city center when we were suddenly met with a wall of police.

The situation escalated quickly as sound grenades exploded in the crowd.

I watched as the Skunk Truck, a water cannon that sprays stink bomb blasts from atop a light armored vehicle, entered the fray.

We turned and started running. Coated rubber bullets whizzed past as we fled the scene.

Amid all those emotions, I was not surprised. Instead, anger flowed through me, seeing yet another protest met with violence.

When I attend demonstrations, I always scout the closest escape routes, expecting an immediate crackdown.

Any form of public protest by Palestinians in Jerusalem has been met with force.

My two friends were arrested, but I escaped.

I went to check on them at the police station, disrupting my plan to attend a second, more significant protest later that day in Sheik Jarrah.

After I made my way to the station, I heard that a 16-year-old girl sitting in the yard of her home in Sheik Jarrah was struck by a coated rubber bullet in her lower back, potentially paralyzing her.

I was fortunate to have escaped that day of protests without being injured.

My two friends were arrested, but I escaped, and I went to check on them at the police station.

Both of my friends were released on bail following seven days in police custody on the condition they wouldn’t attend “illegal” protests and were banned from Damascus Gate for one month.

No right to assemble

Even though I’m an Israeli citizen, as far as the state is concerned, I’m not afforded the right to peaceful assembly.

So I do not campaign for equal rights between Israelis and Palestinians under a segregated system where most of us have been dispossessed of our homes.

We can only talk about equal rights after the colonial project that pushes out Palestinians has come to an end.

Following the ceasefire on May 20, Israeli police barricaded the neighborhood of Sheik Jarrah.

No one can get in or out while the evictions make their way through the courts.

Protests in Sheik Jarrah are held daily, but the rest of Jerusalem is completely cut off from them.

I push through my fear even as the Israeli police announced they’re seeking to arrest 500 Palestinian protesters. I think they’re just planning on arresting the first 500 Palestinians they can get their hands on.

I believe it to be a scare tactic, so I protest anyway.

Nearly 12 young people from Jerusalem were taken under Administrative Detention, meaning the accused are not informed of the charges against them.

Their lawyers aren’t permitted to speak publicly about their clients’ prosecution.

Considering what my neighbors go through, I really can’t complain.

I was born in a small occupied town called Umm al-Fahm, historically part of the Jenin District and seized by Israel in 1948.

Israel considers the place I was born, their land.

That’s how I became a citizen of the colonizer.

When I was in Fourth Grade, I went on an exchange program to an art school in Tel Aviv.

I remember wondering why the children in Tel Aviv had a school that was so much nicer than mine.

I wondered why they were allowed to study art, and I wasn’t.

When I was 18-years-old, I moved to Jerusalem to study social work at the Hebrew University.

That’s when I started noticing the disparity between Israelis and Palestinians.

The Israeli population is 20 percent Palestinian, but the Israeli government keeps us out of the tourism pamphlets.

Being exposed to segregation is how I got involved with Grassroots Al-Quds.

Grassroots Al-Quds, where I work, brings tourists to the Palestinian neighborhoods of Jerusalem, where businesses need money.

We tell the Palestinian story of Jerusalem through the history, politics, and art that you can’t find on Israeli tours.

Government public transportation doesn’t even enter the Palestinian neighborhoods, so we’ve created a map of the private Palestinian buses.

The buses transport people from one occupied Palestinian area to the next.

The only public transit that serves where Palestinians live is two stops on the Jerusalem Light Rail’s 23 stations.

Getting those two stations built took an enormous amount of campaigning on the part of the Palestinian communities in the city.

Most people who visit Jerusalem are entirely shielded from ever seeing a Palestinian existence in the city.

That’s why we created a guidebook and app called Wujood that illustrates how communities in Jerusalem and throughout Palestine have been divided and the over 85 local organizations working to keep those places alive.

Grassroots Al-Quds also connects Palestinian neighborhoods to match people’s needs with what other locals have to offer.

If the Qalandiya Refugee Camp in the West Bank needs someone skilled in working with children, we can say, “Go to Mohamed. He’s great with kids.”

We’re past the point of hoping foreign donations will help us because there are so many strings attached to the money that comes in.

International organizations like the UN have done nothing for us.

When Lubna from the local women’s center gives a tour for Grassroots Al-Quds of her occupied neighborhood, she’s engaging in self-empowerment.

The community is telling its own story.

She takes people through the checkpoints so tourists can see, if only for a moment, through the eyes of Palestinians.

The most significant need in Jerusalem is a more robust infrastructure.

There’s no master plan for the Palestinian-majority areas of Jerusalem, so getting building permits is incredibly difficult.

We have to work with what we have.

Movement is very restricted for many people here.

Palestinian-Jerusalemites who hold permanent residency status can’t leave the city for extended periods, like studying, because their position could be revoked.

Police will sporadically visit their homes and demand to see proof of address, like an electricity bill.

If Palestinians can’t produce it, they can be evicted by authorities.

Since 1967,15,000 Palestinian-Jerusalemites were stripped of their residency status.

These are the conditions Palestinians in Jerusalem have to endure every day. 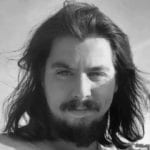