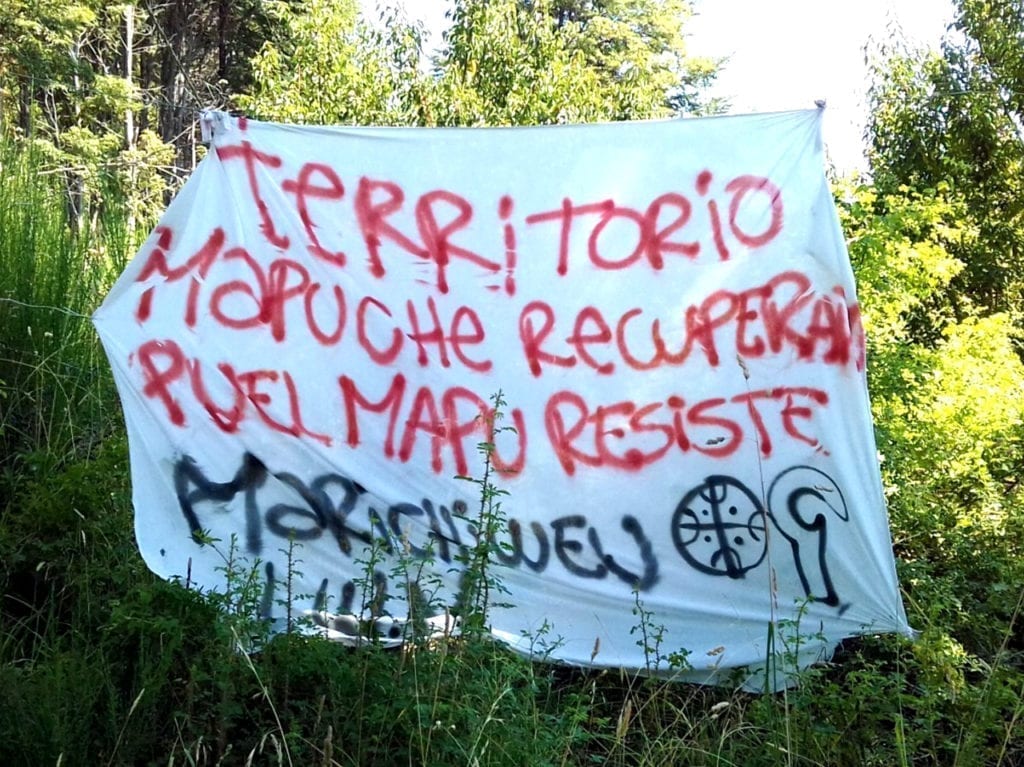 In the Puel Mapu territory, the Mapuche communities live along with nature. 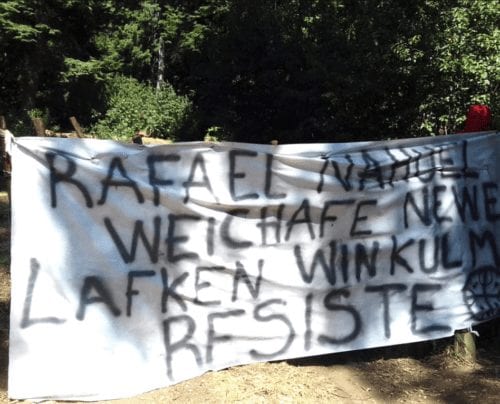 First-person source
María Isabel Hualais the mother of the imprisoned leader of her Mapuche community.

PUELMAPU, Argentina — I still remember the shots, the sound of gunfire ringing in my ears.

Rubber bullets flew overhead as I ran down the hill in Bariloche, Argentina.

I can no longer recall how many Mapuche were wounded, but 15 were arrested.

Some of us have yet to return.

It was an attack in cold blood, an attack over a peaceful protest demanding the freedom of my son.

I am María Isabel Huala. My son, Facundo Jones Huala, is lonko (head) of the Mapuche community of Cushamen.

A long time ago, there were many Mapuche communities. The largest group, called Furilofche, inhabited the areas of southern Latin America. But, over time, we have almost disappeared from history.

My father taught me to listen to the wind, recognize medicinal plants, and listen to our other senses.

But my Mapuche identity lies with my son Facundo. He was 11 years old when we began to walk this path together.

Now, I protest to recover the Patagonian lands that belong to us. I protest for the liberation of my son.

The trial and aftermath

In December 2018, the Court of Valdivia sentenced my son to nine years in prison. His alleged crimes were the arson of the Pisu Pisué ranch and the illegal possession of homemade weapons.

The overwhelming evidence that led to his conviction was a pair of size 40 boots. My son wears size 43.

Now, branded as a terrorist and agitator, my son spends his days in a Chilean prison in Temuco. I can still feel the pain of when he was snatched from my grasp.

From the day of his imprisonment, we began to hold peaceful protests calling on the government for his release.

A few months ago, during a peaceful protest in Bariloche, Argentina, we were victims of repression and relentless persecution in the city streets.

Fifteen of us were arrested, and I can no longer recall how many of us were wounded.

I was lucky to escape into the woods. Some protestors have not yet returned home.

Life of the Mapuche

As Mapuches, we yearn for contact with the land, nature, and spirituality. With the arrival of private property, that ancestral belief was demolished.

We live where we can, not where we choose, and are stigmatized by people who brand us as squatters and terrorists.

We carry out peaceful protests and roadblocks to make the government listen. We want what belonged to us for centuries to be returned. We want people to understand our claims to the land.

But we cannot recover places that are taken over by cement, alcohol, drugs, and churches.

We are not criminals.

Our history is marred by suffering.

Until 50 years ago, if police heard you speaking Mapudungun, our native language, they would leave you hanging from the ceiling of a prison cell.

During that time, we were slaves. Now, we’re victims of persecution, repression, and imprisonment for seeking to reclaim our ancestral home.

We will continue to be against mega-mining, hydroelectric plants, forestry, pesticides, and paper mills that destroy the land and pollute our rivers.

I have to resist, just as my son resisted.

That’s the only way to change the world.

The Mapuches, people of the land as they are called in Mapudungun, live in the Argentine and Chilean Patagonia.

They are the so-called Araucanians, a people originally from the Chilean territory, with a very wide diffusion in Argentina, where they occupied the entire Pampean territory and northern Patagonia and part of the Santa Cruz province approximately 250 years ago.

According to the last census carried out in Argentina, more than 1.7 million people belong to the tribe.

Its organization and social structures are based principally on the family nucleus and their relationships established with other families.

The traditional Mapuche family consisted of the father, his wives, and his children.

Today, traditional polygamy no longer exists among the Mapuches.

The global pandemic has forced many Mapuches to produce their own food while they face a lack of access to conventional medicine.

During summer, they face hot days but remain dedicated to their work in the Lof (community) to survive.

Each Lof  is unique, with Mapuche leaders doing what they can to manage the community without financial aid.

Migrant Marcos Antil crossed the border alone at 14, gives back to Guatemalan youth

Former racist emerges from the dark