Countless individuals are injured during the ‘estallido social’ against the Chilean government. 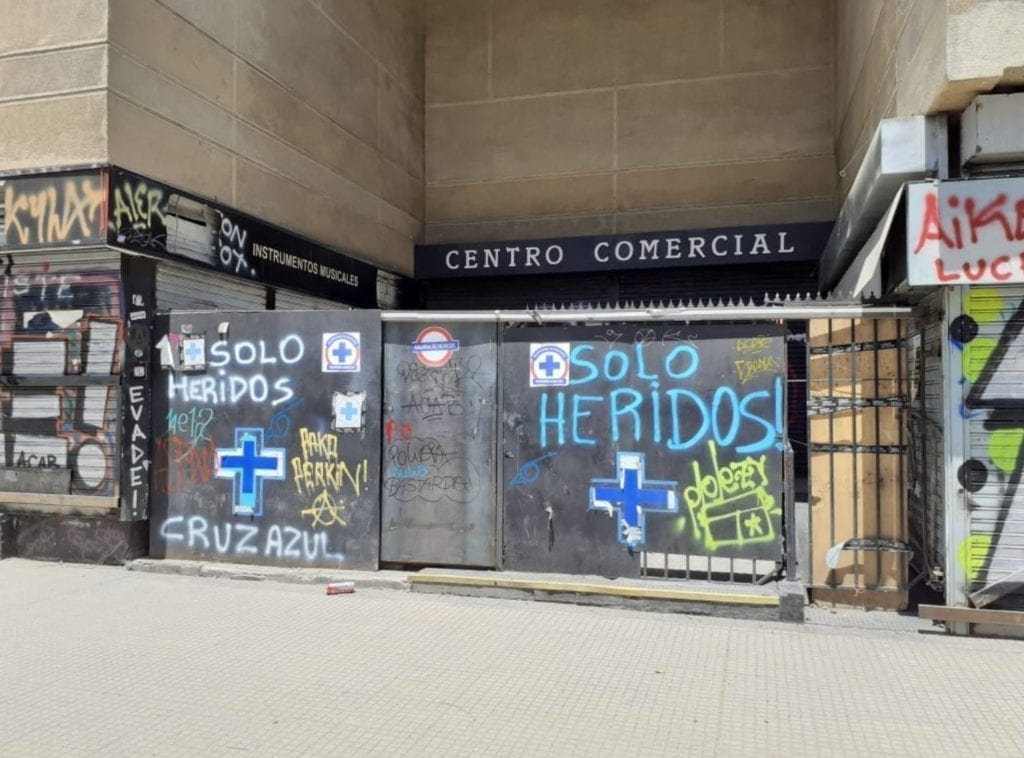 In this Revolt we were able to witness different aspects of the Chilean people's self-organization. (Ezequiel Buyatti) 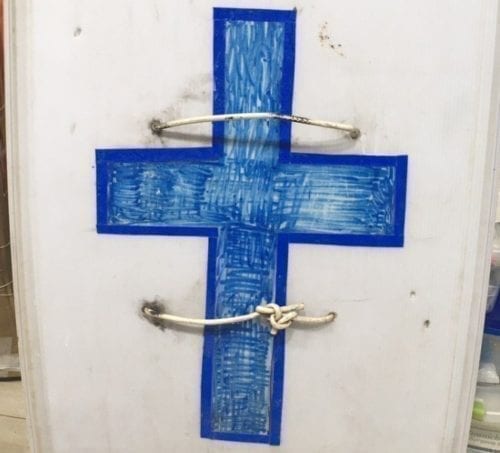 First-person source
The interview subject's name is withheld to protect their identity.

A 20-year-old girl arrived decompensated from the gas she ingested. Her hands were broken.

She was protected from head to toe with only her hands uncovered. When our rescue team sits her in front of me, she faints and I grab her. Contact with her immediately generated an allergic reaction on my face.

Every day, we are exposed to traumatic violence and toxic substances.

Violence in the streets

I work in a primary care center as an occupational therapist in the city of Santiago de Chile. I decided to be a first aid volunteer to help people who are injured during the “estallido social” against the government.

As a brigadista—a Spanish term signifying a person involved with a brigade—I have many patients with serious injuries.

One of the cases I remember the most is a girl whose hands were fractured and was covered by lacrymogenic gas. The chemical agent used by the police to suppress protesters comes from a particle of the chili pepper. That is why my reaction upon contact with the patient was as painful as it was. And it was only a taste of what my patients experience.

We have a brigadista from another position who is a chemist and keeps us informed about the chemicals used by police. Without their knowledge, our jobs would be impossible. This information is essential for the care that we give.

Our center is located in the heart of the conflict between protesters and the police in Santiago de Chile. Although I arrived in the first week of November, our establishment has been there since the last weeks of October.

The health center was born as a purely self-managed institute with the help of some of the owners. At first, it was a place where protesters sought refuge. The proprietors began to offer them water and to try to heal them with gauze and clean their wounds. When they realized that the violence was getting out of control, they sought help from health professionals.

Our post lies within a chemical hot zone. There are others where the smell of tear gas is not as strong. We, in a way, get used to it. We use a helmet, certified ballistic goggles, and a gas mask. Sometimes, we have to take shelter to be able to care for the injured because the gases pass through our protection.

Some of our colleagues are on the street and serve people right there. There are patients who arrive with an ocular burst, people who have to be sutured unbalanced, and others who have taken so many pellets that it is impossible for them to walk.

Our rescuers pick them up from the street and notify us by radio so that we can wait ready for the injured patient. When the injuries are beyond our scope of practice, we have protocols in place to refer the patient to a hospital by ambulance.

A man stood away from the crowd to wait for his friend. I can only imagine the terror he felt when a tear gas bomb struck his face. He lost his eye and his nose split open.

We held his face and shattered nose together with our hands. His missing teeth impeded his ability to breathe as we fought for his life. Doctors had to perform six surgeries to reassemble his face.

If we hadn’t been organized, he would have died there, in our health center, with strangers holding his face together.

Without health posts spread across Santiago de Chile, the death toll would be massive.

When the bullets stopped flying, our centers became flooded with people experiencing vision loss due to the tear gas. It burns your face; it drowns you.

Those of us who serve patients are not made of stone. We suffer traumatic experiences long after the fighting ends. It gets dark when you recall these moments.

It is painful to see all the hatred and violence between people.

I chose to help because I was uncomfortable with being in a march when I knew two blocks down they were killing people.

Creating the Cruz Azul Brigade was a long and painful process. It is a very clear organization: there are experienced nurses who have been treating emergencies for years, there are doctors, students, and occupational therapists. We are a team of health professionals who collaborate as much as possible. We all work non-stop, sometimes day and night without sleep. We work until we are starving and thirsty.

Warehouse managers count our supplies and keep a record of the donations that we receive and request through social networks. Often, patients leave so grateful for the shelter that they return the next day with supplies, clothes, and food for us.

Claims behind the violence

The claims of the people who protest are varied. People rally for the retirees who do not have food and the people waiting on a list for essential surgeries. They protest the exorbitant rents and for students who are forced by the State to sign a 20-year guarantee to repay their student loans.

You cannot ask someone who grew up hungry, in a context of injustice, someone marginalized and stigmatized, to fight without violence when they watch as their friends are killed during protests.

The bond between us is strong.

One day, at home, I was on the verge of a panic attack because I didn’t know if my colleagues and patients were okay.

We have been so close that we learn from each other. Even though I am not a nurse, I learned from many nursing students, and they have learned from me how to handle a patient with a panic attack. We trust each other. We are a family.

The revolt is still alive, and we will always be ready for the people.

The “Estallido social” is the name given to a series of massive protests and serious disturbances originated in Santiago and spread to all regions of Chile, with the greatest impact in the main cities. Developed mainly between October 2019 and February 2020, 3,715,373 people participated in the movement against the government of Sebastián Piñera.

Cruz Azul Brigade was originated as a group of volunteers who created primary care centers distributed in different parts of the city to provide first aid during the protests.