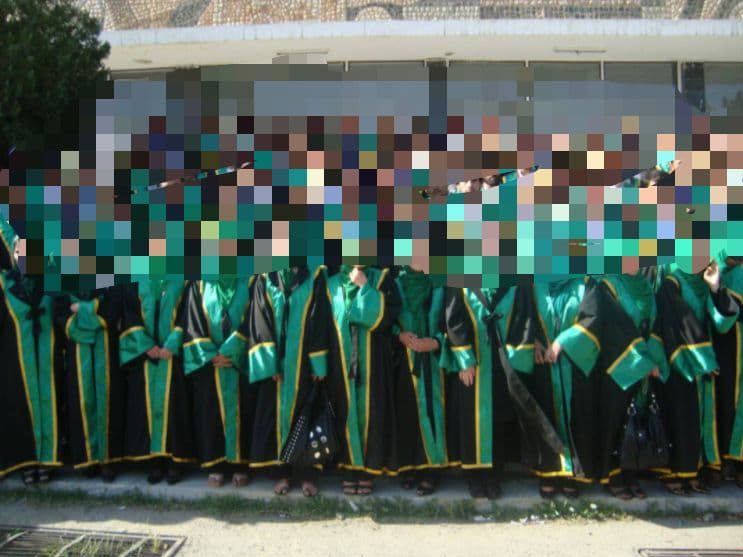 Female judges in Afghanistan, whose faces are blurred to protect their identities and safety | Photo courtesy of Qazi Marzia Babakarkhail

We – the women judges of Afghanistan – fought hard for justice, and now we have no justice. We have been reduced to nothing. Our husbands live in fear of going out to work. We move to different houses and our children live an imprisoned life. We need help; we want to be happy. 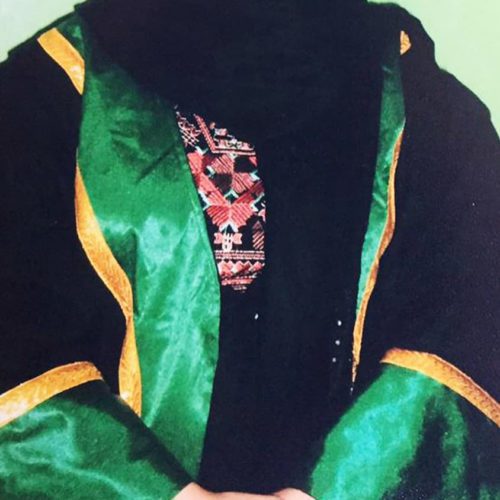 Interview Subject
Orato World Media granted the interview subject anonymity to protect her identity and safety in the midst of threats of violence by the Taliban. The author worked through former Afghani judge and now U.K. resident Qazi Marzia Babakarkhail, who arranged the interview and served as an interpreter.

Qazi was the subject of a former Orato interview early in the Taliban takeover, detailing multiple assassination attempts she endured. Qazi remains a notable, international source for media when it comes to judges and women’s issues in Afghanistan.

During the course of the interview for this story, the subject hid in an outbuilding so that she could speak without fear of someone hearing. The photo above shows the judge’s robe female judges in Afghanistan wore before they were stripped of their duties.
BAckground Information
The International Association of Women Judges continues to fight to rescue endangered former judges in Afghanistan, mounting continued campaigns. Their work is critical, but they do not have the authority to release the VISAs. They continue to appeal to governments in countries throughout the world, but no progress has been made to save the 80 remaining female judges.

Judges who escaped recount being hunted by the men they jailed, a fear that consumes many of the remaining judges. In a July 2022 article by NPR, the women who remain say they fear their daughters will be forced to marry Taliban fighters. Women also face a host of oppressive restrictions and human rights violations.

Just this month, NPR interviewed Ramita Navai who executed the documentary Afghanistan Undercover – detailing the abduction and imprisonment of women. The female judges in Afghanistan face a special threat and are using their voices to appeal to foreign countries to help them escape.

KABUL, Afghanistan ꟷ One year ago, on August 15, 2021, the Taliban overthrew Afghanistan. As a woman and a judge, it proved the darkest and most shocking day of my life.

I can never forget that day because we lost everything. The 270 female judges in Afghanistan all lost their jobs. We lost our income, our freedom, and our security. Our daughters and families remain unsafe. Every minute of every day, I wait to be killed.

While many female judges have been resettled in other countries, 80 of us remain in Afghanistan. I wonder, “What is wrong with me?” There is no safe place for former female judges here. We fight for our lives.

From achieving justice for women to fleeing from a hostile invasion

Before the Taliban removed us from our jobs, I spent two years in judiciary training at the Supreme Court. I became a female judge in Afghanistan, working first in criminal court, and then in the appellate court.

I focused on cases involving violence against women. While I faced challenges on the job, I felt so happy to work as a judge in Afghanistan. I was honored to help women facing violence in my country. We finally saw women coming forward, asking about their rights, and we admonished gender-based violence.

Through our work, women began to understand their rights, and come to the courts seeking justice. I felt optimistic about the future. Although I faced security issues at times, I never gave up.

The number of female judges grew to about 270. We made good salaries. We took care of our children and families. Women enjoyed freedom of speech and it felt like a great time to be in Kabul.

Everything changed on August 15, 2021, the day the Taliban took my country. I was working as usual at the court. Suddenly, officials notified us of hostile Taliban encroaching on the city. Urgency ensued and we left behind our computers and personal items as we fled. Confusion and upset showed on the faces of my colleagues. We had no idea what was happening.

One of the saddest moments came when I realized I left my judge’s uniform behind. My uniform represented my identity and my dignity. It represented everything we achieved. Left behind in a cabinet, I may never see that uniform again.

Remaining judges have no pathway to safety, live every day in fear

Today, our work is gone. We have no incomes, and the Taliban froze our accounts. No future exists for us here. The judges left Kabul to stay in towns outside the city. Others remain in very dangerous places throughout Afghanistan.

Stuck and isolated in our homes, we force our daughters to marry men of our choosing so the Taliban do not come and take them for wives. We were activist women; women in government. Now girls cannot even go to school. We face a very dark future, yet still, greater fear exists.

Some judges sent men to prison for crimes against women, and some of those convicts were Taliban men. Most of the prisoners have since been released from jail. Those criminals often promised payback when their convictions were handed down.

Now many judges wait in fear of retaliation. They cut our communication with the world. Just yesterday, the Taliban interfered with the communication system in the country, cutting our access to the mobile network.

With all this mind, how do we escape? The International Association of Women Judges (IAWJ) helped to resettled 190 of the 270 female judges in Afghanistan. Yet, 80 of us remain trapped and worried for our futures. We accept that every day we may die. After a whole year, we see no progress, no action, and no movement to save us.

Afraid for her life, female judge in Afghanistan makes her plea

The Taliban come into people’s homes and take them without reason. We have no office to go to complain. People just disappear. The situation becomes darker and bleaker as the days go on. If we could help ourselves, we would. Some of the female judges had no passport. We cannot go to the passport office because our identities are known. We exist in a database.

Those who have a passport cannot afford to pay for a Pakistani visa nor do they know where to go to apply for one in a country which has become hostile. To qualify for the P1 Visa to get resettled into other nations, we must first get out of Afghanistan, but we cannot. Every option leads to a dead end.

Today I get to share my thoughts on behalf of the 80 female judges living in fear in Afghanistan and I urge people to pass my message on to the world. We – the women judges of Afghanistan – fought hard for justice, and now we have no justice.

We have been reduced to nothing. Our husbands live in fear of going out to work. We move to different houses and our children live an imprisoned life. We need help; we want to be happy. To the United Nations, the United States, Canada, the United Kingdom, the European Union, and to all the Foreign Ministers – help us!

To citizens and politicians, share our story. IAWJ does great work in resettling female judges, but they do not have the power to release the VISAs. They ask but the governments remain silent. I appeal in the hopes that speaking out opens the eyes of those who could help us.

This is my plea: do not forget us. We live in fear for our lives.

Read the story of former judge Qazi Marzia Babakarkhail who survived multiple assassination attempts and resettled in the United Kingdom. 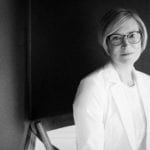