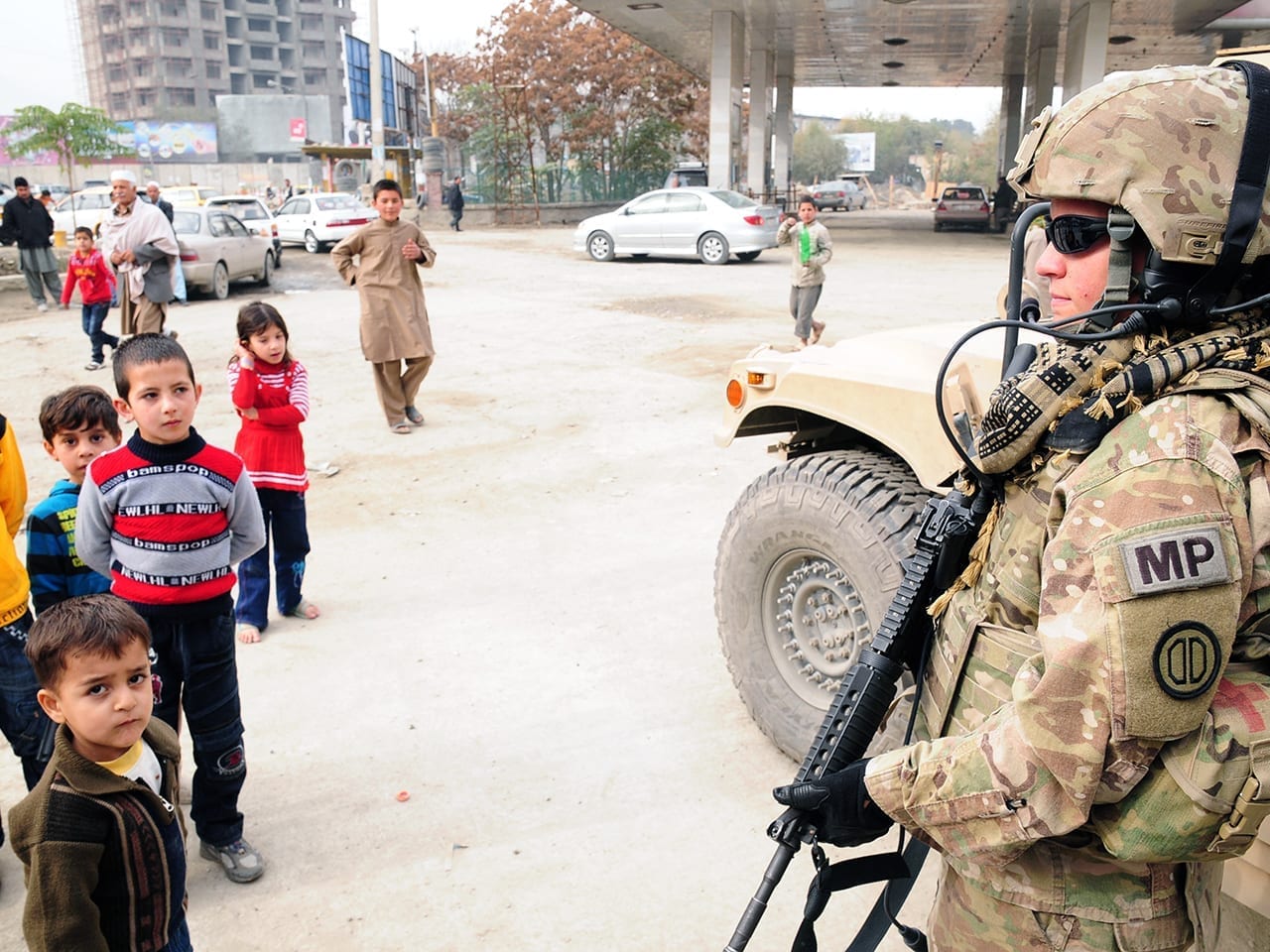 This story was originally published in 2006.

As a young boy, I used to spin a globe handed down to me from my older sisters. I would place my finger on it and let it slow to a stop. More often than not, the globe came to rest on the country of Afghanistan, and while I searched my local library for books on it, what little I could find was sketchy and incomplete. Afghanistan was a mystery that always beckoned me. 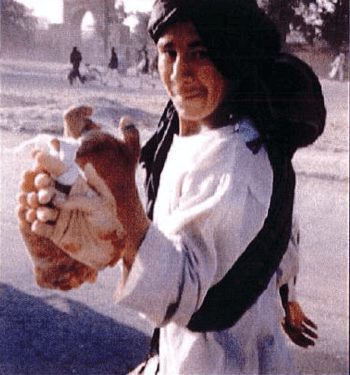 Under God’s law
When Afghanistan’s communist government fell apart in 1996, Islamic insurgents began fighting over the pieces. The fundamentalist Taliban eventually won control of most of the country, then issued decrees that changed daily life dramatically for Afghanis. Women were ordered to leave their jobs, schools, hospitals, and businesses. Public praying five times a day was mandatory. Afghani men were forbidden to shave/ The Ministry of Vice and Virtue instituted surprise beard checks and on-the-spot beatings for the overly groomed.


The Taliban’s Islamic courts and religious police enforce their particular interpretation of just punishment: public execution by stoning for adultery or murder, and amputation of a hand or a foot for theft. Playing music is a crime. So is owning a video cassette recorder or books published outside Afghanistan.
In the beginning
The Taliban’s rise to power was a product of the Soviet Union’s invasion of Afghanistan in 1979 and the 10-year war by the Mujahidin to eject them. Retired Mujahidin Brigadier General Mohammad Yousaf has written an excellent account of hid role in the conflict, called Beartrap.

In 1998 I flew to Afghanistan on a photographic assignment for several humanitarian aid organizations. After a month of hard work, I decided to take in one of the few “cultural events” still allowed by the Taliban government.

On Fridays after the noon prayers, authorities in the capital, Kabul, stage the public stoning of adulterers and hand-chopping of thieves. These punishments take place at the city’s soccer stadium, which had been recently restored with United Nations funds.

An hour before showtime a crowd had already queued up at the entrance. There were fathers bringing their sons to view their first public hand-chopping, religious leaders arriving to see the word of the Koran faithfully carried out, and hundreds of vendors who had a grand opportunity to hawk their goods amid the burgeoning crowd.

I tried sitting inconspicuously on a wall across from the stadium entrance. Shouts of “Hello, Mister!” and “Bak-sheesh!” (Afghan slang for begging money) rang out as groping hands probed my pockets. Soon I was surrounded. The crowd grew larger. Then I drew the attention of a Taliban guard who had been keeping the spectators from entering the stadium before the event.

He was typical of many of the Taliban soldiers I had seen. Young — about 18-years old — and wild looking with a long, flowing black turban and fiery, charcoal-lined eyes.

With an AK-47 slung over his shoulder and a small tree branch for swatting general lawbreakers in his hand, this “student of God” approached the melee. Swinging the switch with wild abandon, my savior drove the unruly bunch, holding their behinds, into the crowd. He then approached me.

I quickly stuck out my hand and gave him the customary salutation heard throughout the Middle East, “Salaam walakum.” Roughly translated, it means “Peace be with you.” With a slight smile, he responded with “Walakum salaam.”

This young soldier, Najib, stood by me the next few minutes, protecting me from a gathering mob of curious children, interested old men, and hawkers who smelled American dollars.

Later, two more Talibs approached and asked me to follow them away from the waiting spectators, through the gate and towards the empty stadium. As I trailed behind my escort I wondered if I was the main event.

A seat in a shady section near one of the entrances to the field awaited me. Soon tea and cookies arrived. I sat in an awkward silence with my new friends.

Najib escorted an older gentleman wearing a white turban to me. He was a mullah, a respected religious leader known for his expertise on the Koran.

“La ilaha ilia Allah, Muhammandun rasul Allah,” (There is no God but Allah, Muhammad is the Messenger of Allah) he said, beckoning me to a verse from the Muslim holy book. I did my best to imitate him. Judging from the discouraged look on the mullah’s face and the hoots of the Talibs watching from a distance, I fell short of the mark. My lesson continued until I finally recited the line to the mullah’s satisfaction.

My Talib escorts motioned me to stand up and follow them into the stadium. Moments later a flood of spectators poured into the arena like a human wave, scrambling for the best seats. Within 20 minutes it was a capacity crowd of 35,000 ecstatic Afghans. The infield began to fill up with what looked liked Taliban VIPs. I spotted several more white-turbaned mullahs along with my teacher. They sat on blankets chatting nonchalantly and drinking tea.

Suddenly, from one of the main tunnels leading into the stadium, the Taliban rank-and-file entered in a fleet of red Toyota pickup trucks. Men jammed the cabs and beds of the trucks as they paraded around the track. The soldiers’ black turbans flowed like flags of glory and the spectators cheered and rose to their feet.

A small white car with tinted windows crept in from a tunnel and made its way to the VIP section directly in front of me. The crowd fell silent, the hush sending a strange chill down my spine. “The criminal has arrived,” the gentleman beside me whispered.

One of the dignitaries, acting as a master of ceremonies, walked to a microphone and read from the Koran for half an hour. The MC then introduced a Taliban leader who recited yet more passages from the Koran, then another dignitary was introduced and another. The spectators sat quietly, and the speechmaking went on for nearly two hours.

Finally, a handful of soldiers opened the car door and a young man about 20 years old stepped out. He stood still for a moment and then slowly turned in a complete circle as if to take in the scene. He appeared resigned to the punishment.

The armed men escorted him to a spot about 20 yards in front of me. Two men wearing white hoods appeared and motioned for the man to lie on the ground. Then one of the hooded men took the convict’s left arm, pulled it perpendicular to his body, and knelt on it, while the other hooded man tied a tourniquet on his right arm and then knelt on it similarly. One of the soldiers put what appeared to be a blanket over the criminal’s face. The MC brought a knife that resembled a large scalpel and passed it to the man holding the right arm.

The crowd fell silent. Slowly, the hooded man hacked through the prisoner’s arm where his hand met the wrist. The criminal’s legs tensed up, but after a few moments straightened out and then fell back limply to the ground.

As the hooded man continued to cut through the wrist, I heard the most chilling sound. After a moment I realized it was the sound of 35,000 tongues “tsking” the criminal.

The carving took several minutes, and time seemed to stop.

I surveyed the crowd. Some men sat with their children and pointed to the scene on the arena floor as a warning of the consequences of thievery. Others had tears welling up in their eyes. A few sat with arms folded across their chests, faces glowing with morose looks of satisfaction.

It seemed surreal. The thought passed through my mind that the whole thing was a farce. Thirty-five thousand people had conspired to fool me into believing that in Afghanistan, thieves still have their hands chopped off and I wanted that to be true.

The hand came off and fell to the ground. The MC picked it up. He held the dismembered appendage up by the right index finger and, as blood dripped from its wrist, he spoke into the microphone. The crowd came alive, cheering, and jeering.

The pale, unconscious criminal was thrown into the back of a truck. As the vehicle paraded around the stadium, the stands emptied onto the field, and the crowd chased the makeshift ambulance, shouting and screaming one last taunt at the public enemy who had gotten his just reward.

His crime: stealing a pack of cigarettes.

Mark Mason has been engaged in political dissent in the USA since protesting the US invasion of Vietnam during the late 1960s. He conducted research into human and primate evolution while studying at the University of California, Berkeley where he received a doctorate.

He has advocated anti-war, environmental, economic, and governmental changes as a dissident of many policies of the government of the United States of America.

He has appeared in various international news media, including the following countries: Russia, Iran, Lebanon, Colombia, South Africa, India, and the domestic USA.