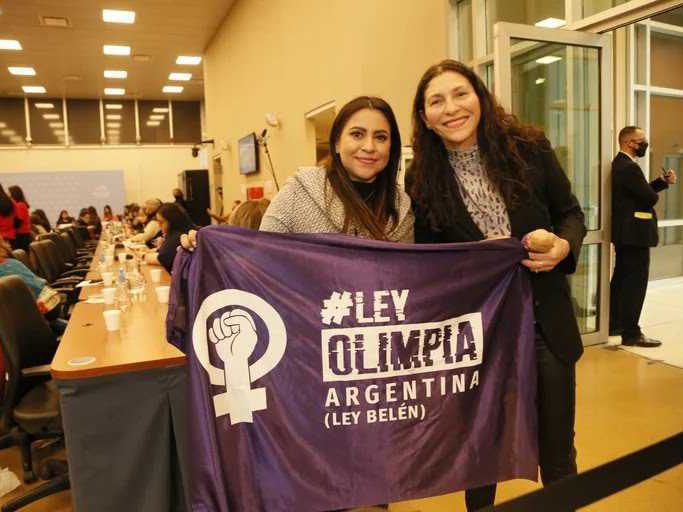 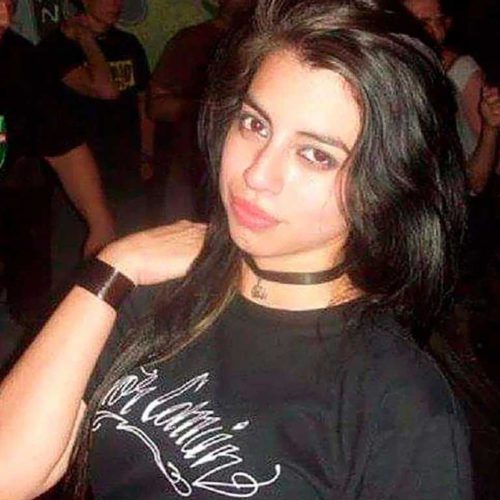 Interview Subject
Eliana Sotelo, 33, comes from San Miguel de Tucumán, a province of Argentina. She works as a medical interpreter for English and Spanish at a foreign company. She is currently a member of the Olimpia Argentina law group.
Background Information
Based on a study, Amnesty representatives state that one in three women said they have suffered online violence. Nearly 26 percent of the women consulted suffered direct or indirect violence.

Two bills that seek to punish digital gender violence with prison were presented in the Chamber of Deputies. These are the Belén Law and the Olimpia Law, which claim that the non-consensual dissemination of intimate material through social networks be punished with imprisonment since these practices are not typified in the Argentine Penal Code. Digital violence is defined as any malicious action carried out through the use of information and communication technologies, by which it is exposed, distributed, disseminated, exhibited, transmitted, markets, offers, exchanges, or shares images, audios, or real or simulated videos of the intimate sexual content of a person without their consent, without their approval or without their authorization and that causes psychological, emotional damage, in any area of ​​their private life or in their own image. This also includes malicious acts that cause damage to the intimacy, privacy and/or dignity of women, which are committed through information and communication technologies.

SAN MIGUEL DE TUCUMÁN, Argentina — When someone leaked my intimate photos online, it took a huge toll on my physical and mental health. Many girls think about suicide when they go through an experience like this.

It has been two years since the perpetrators violated my privacy. It all began when my personal, sexual images were shared online without my consent.

On that fateful afternoon, I was home at my grandmother’s house where I lived. I worked at a university as a pollster. With a budding career and opportunities for growth in front of me, I felt happy. Then, my life changed in a single moment.

My friend told me the images had circulated in a chat of former Teleperformance workers. He took screenshots and sent them to me. The photo pack he shared included five to seven images and a video of me, as well as other girls from Tucumán.

I stopped breathing and a sinking feeling settled in the pit of my stomach. I stared at my cell phone, speechless. Although I tried to get as much information as I could from my friend, he refused to say anything further.

However, he missed a detail. In the screenshot, I could see the name of his contact. It was a nickname, but nevertheless, I had something.

I searched my friend’s Facebook, looking for the person’s nickname. His account showed up, displaying his nickname and his real name. I messaged him, asking, “How and why do you have my images?”

He denied having them at first. Then, he told me he took them from another group chat called Tucumanas Perras. [Perras means bitches in Spanish.] While my entire body froze, my friend’s words resonated in my mind.

I decided to infiltrate the group chat. Eventually, I discovered my ex-boyfriend’s partner shared my intimate photos on Telegram. Out of shame, I did not want to tell my current boyfriend what happened to me, but I did anyway.

We went to make a complaint, first to a police station, then to the Domestic Violence Office. The officials told me they could not execute a restraining order on the person because the harassment was virtual as opposed to face-to-face. Since no explicit threat existed, they could do nothing.

I sat there for 45 minutes, crying, while the policemen debated whether to order empanadas, pizzas, or to make barbecue. They refused to take the complaint on my word because they said they needed the link to the group. They wanted to see it for themselves. In other words, I had to make the complaint and deliver the evidence.

Faced with so much injustice, I decided to investigate myself and become an expert. Along the way, I discovered many more abused women. Tucumanas Perras proved an easily accessible public Telegram group. Once you access it, you hide your number and change your photo. Then, you get to see different posts from many girls.

There are regional groups, divided by provinces, where folders with images and videos are shared. The group that brings everyone together is called Poringa. When I accessed the group, I followed the instructions. I got into Telegram, changed my photo, and hid my phone number. I never spoke due to the fear of being discovered. Instead, I observed how users exchanged packages of photos and videos of girls and commented about them.

Every new person who wanted to join had to meet the requirement. They had to share a couple of photos. Once you contributed to their content, you could stay. I asked a friend for some suggestive images and then, I was able to join the group. If you don’t upload anything, they delete you.

After a while, they began to take security measures. They made the groups private. Furthermore, instead of joining by contributing only two photos, they changed the rules. Now, you had to collaborate with a package of three photos and/or videos every 15 days. I could no longer be in the group without meeting the requirement. They deleted me.

When I joined the groups, I wanted to prove who uploaded my photos. What I discovered seemed much worse. I began to see people uploading data and photos of many girls from Tucumán. I began notifying them. The experience felt terrible. Some girls stopped doing anything in their lives, while others infiltrated the group to insult the members or search for their content.

One of those girls encouraged me to make it public. Someone had taken photos from her Twitter account when she was a minor and uploaded them. Initially, we denounced the groups on social networks. Gradually, the movement gained momentum, and different mass media outlets promoted our stories. I began to receive countless messages from victims whose content had gone viral, and they never got retribution.

We decided to form the “Campaign against digital violence.” We contacted Olimpia, a Mexican activist who suffered the dissemination of intimate content without consent at the age of 18. She has been fighting for 10 years. She was also told nothing could be done because it was not a crime. She attempted suicide several times.

With Olimpia in Argentina at our side, we seek to prevent similar situations from going unpunished and are working on promoting a bill to protect victims. We also want to reduce stigma. I know people whose parents stopped talking to them for situations like this. My own mother told me the incident ruined my image and I should move to another province. These stigmas plant guilt on us and cause harm.

Members of the movement propose bills to Congress

Before our group’s presentation at Congress, we remained a mere story. People took little interest. After our work on the bill, we found great support. With the victims at the helm of the movement, and support from a deputy who empathized with us, we began to see progress.

Outside of Congress, Olimpia spoke through the megaphone as the father of Belén San Román – a victim who committed suicide – arrived. We entered the Chamber of Deputies at 5:30 p.m. Elizabeth Gomez Alcorta, Minister of Women, Gender and Diversity, gave the first speech. Mónica Macha, deputy for El Frente de Todos, joined her. When they finished, the victims began to speak, followed by lawyer Florencia Zerda. The presentation concluded with Belén San Román’s father.

The situation felt so emotional. Surrounded by television cameras, we knew many people were watching that day. Overcome with emotion, I cried throughout my speech. I felt like I finally rose above all the comments I once received. I recalled the initial lack of confidence in our cause. In issues related to gender violence, it seems common for people to blame and point the finger at female victims.

Now we fight for two bills: the Olimpia Law and the Belén Law. Both are based on Mexico’s Olimpia Law. The latter receives its name from Belén San Román.

The Olimpia Law proposes incorporating digital violence as another form of gender violence. It also proposes creating measures for the protection of survivors and promoting digital education policies. The Belén Law seeks the incorporation of the crimes of obtaining and disseminating intimate material without consent into the Argentine penal code. Gender violence, sexual orientation, and gender identity or expression aggravate the issue.

Understanding digital violence as a form of violence against women

We must work on digital violence, understanding it as a form of violence against women. Incorporating it into the Penal Code will make it possible to treat digital evidence as a crime. It includes those who film or record women’s bodies without authorization in a situation of intimacy as well as those who upload it to the networks and spread it. The dissemination of intimate images without consent – a form of gender-based violence – has devastating effects.

As Olimpia said in her speech at the Congress, it is useless for the Olimpia Law to be approved in Argentina if it is not understood that every time they spread a photograph of us, they are violating our bodies. They do not need to have our physical bodies present to rape us. They rape us when they spread intimate, sexual content about us through the internet.

For me, the important thing is that people are aware of the damage. They should realize that when they get a photo of a naked girl, they should not share it. They should be saying, “This is wrong.”

People who seek to humiliate you in this way want you to isolate yourself, abandon yourself, and to have no life. But we want to live freely and be able to enjoy our sexuality, nothing more and nothing less. The world is advancing rapidly, and societies are changing. I continue to question if it is time for justice to do the same.