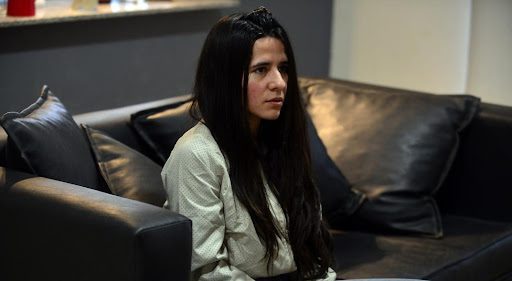 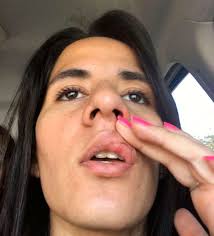 Interview Subject
Cecilia Torres Mana, 36, was the girlfriend of Angel “Pato” Cabrera – famous PGA golfer who won the U.S. Open and Master’s Tournaments. Mana suffered psychological, physical, and sexual abuse at the hands of Cabrera – which was proven in a court of law in Argentina.

Cabrera was arrested in Brazil and extradited to Argentina where he stood trial, was convicted, and sentenced to two years in prison. Mana was only the first to report his abuse. Later, more victims came forward.

Of the total number of direct victims of femicide during 2020, 5 had some disability; 6 were pregnant at the time of the event; 20 were international migrants; 10 were interprovincial migrants; 13 were in a situation of prostitution; 1 was a lesbian or bisexual; 2 were indigenous or descendants of indigenous or native peoples; and 5 were homeless.

Likewise, at least seven victims presented more than one intersectionality condition: 1 pregnant and street victim; 4 international migrant victims and in a situation of prostitution; 1 international and homeless migrant, and 1 interprovincial and lesbian or bisexual migrant victim. “It should be noted that there may be underreporting in this variable,” says OM-CSJN in the report.

In Argentina, line 144 [a 24-hour hotline] provides care, containment, and advice in situations of gender violence.

The team is interdisciplinary and comprises professionals from Law, Psychology, Social Work, and other related areas, with training and/or specialization in gender perspective.

They contemplate all the types and modalities of violence described in the law: physical, psychological, sexual, economic and patrimonial, symbolic, political, domestic, institutional, labor, against reproductive freedom, obstetric, media, and public space.

My name is Cecilia Torres Mana. I am 36 years old, and I was Cabrera’s girlfriend.

During our relationship, he physically, psychologically, and sexually abused me.

At the time it was hard for me to talk about what was happening. I avoided reporting him at first because I didn’t know anyone, and he was famous.

What started as a normal relationship quickly turned into physical and psychological submission.

[In July 2021, Ángel Cabrera was sentenced to two years in prison for assaulting Cecilia Torres Mana.]

Ángel Cabrera abused and controlled his girlfriend, even while on tour

From the beginning of our relationship, Ángel called me constantly asking where I was and what I was doing. Within months of starting the relationship, the attacks, insults, and threats began.

I couldn’t go to the supermarket or the gym. Ángel always believed I was going to be with another man. He followed me and took my cellphone. When he traveled, I would stay at my house, and when he returned, I went to his. We were rarely apart at the beginning of the relationship.

Ángel forbade me from seeing my brother Cristian because he worried Cristian would introduce me to a friend. From the moment he met my family, he would not let me see them. I could not visit my mom, who was dying of cancer, because I might meet someone else.

Sometimes, Ángel would video call me when he was on tour, and I had to show him where I was and who I was with. I began to feel very anxious and suffocated.

He made me do very kinky things and hit me if I refused. If Ángel was with his friends in a meeting, I had to be in the bedroom without an Internet connection. It was very humiliating.

Ángel led a sketchy life because of the people he was around and the tastes he had. He forced me to accept his other relationships. I could say nothing.

When there was family violence on television, he insulted the women and said it was our fault. He would repeat that “it” belonged to him [meaning Cecilia’s body] or it belonged to no one. I grew more and more afraid.

Ángel would often say that nobody could stop him and if they tried to arrest him, he would not go back to Argentina. [Ángel Cabrera was eventually extradited from Brazil to Argentina to stand trial.]

As time went on, I would put my cellphone on airplane mode so that calls and messages would not come in. The straw that broke the camel’s back was when Ángel hit me just before I was about to go to work.

Locked in a closet while accompanying Ángel Cabrera on tour

I told myself that I could not arrive at work beaten and that I had to report it. This is when the trouble really began.

I accompanied Ángel on one of his tours. After the match, we went to Houston, TX for a trip. Back at the hotel, Ángel locked me in the room, took my documents, and made me sleep in the closet.

When he fell asleep, I was able to get my phone and papers back. I left and returned home alone. Finally, I said enough is enough. I was determined to put an end to this nightmare.

I took my things from the hotel and escaped back to Argentina on the first international flight. When Ángel found out that I was missing, he threatened my brother to get information about where I was.

All this time, he was taking private flights to get home and I was terrified of him coming back. My brother refused to give him any information and a few days later, they robbed my brother at his house. My family and my son have been victims too.

Ángel always said that if I reported him, it would hurt his career and told me about all the political contacts he had. But one afternoon, I gained the courage to report him anyway.

From that moment forward, I saw a light at the end of the tunnel.

During the interrogations, the justice [an investigating judge in Argentina] asked me why I did not distance myself from Ángel. I explained that he threatened me and my family.

When we were separated, he terrorized me, so I couldn’t leave him. I feared for my life and the lives of my relatives. Ángel said that I belonged to him or no one. I did not think there was any way for me to be rid of [his control].

In November 2020, the Justice of Cordoba ratified his arrest warrant after rejecting the appeal filed by Ángel’s defense attorneys. Finally, I thought, they are going to get him.

On the afternoon of July 7, 2020, my lawyer called me. He said that Ángel was arrested in Rio de Janeiro, Brazil while walking near Leblon. The joy I felt was indescribable.

For a while, it seemed like they would never stop him. As much as people denounced Ángel, he was still free, living his life.

The sentencing was incredible. I did not think that moment would ever come; that the abuse would stop and [the fear] I was experiencing would come to an end.

There were tough days when I could not rest; days when my nerves were shot and I was constantly reliving the abuse, but I had to tell my story so the nightmare would end.

Today I feel peace and relief, but I am still afraid. I cannot be completely free or calm, knowing what kind of person he is and the threats he made.

I believe my family and I are still at risk. 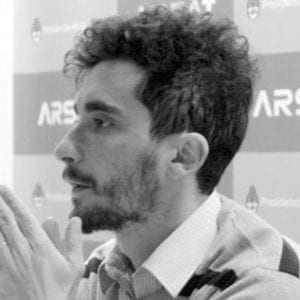 Stefano speaks 5 languages ​​and has more than 10 years of experience working on communication strategies for private companies, government entities and political personalities. He also worked in mass media from Argentina, Italy, United States, Australia and Canada.