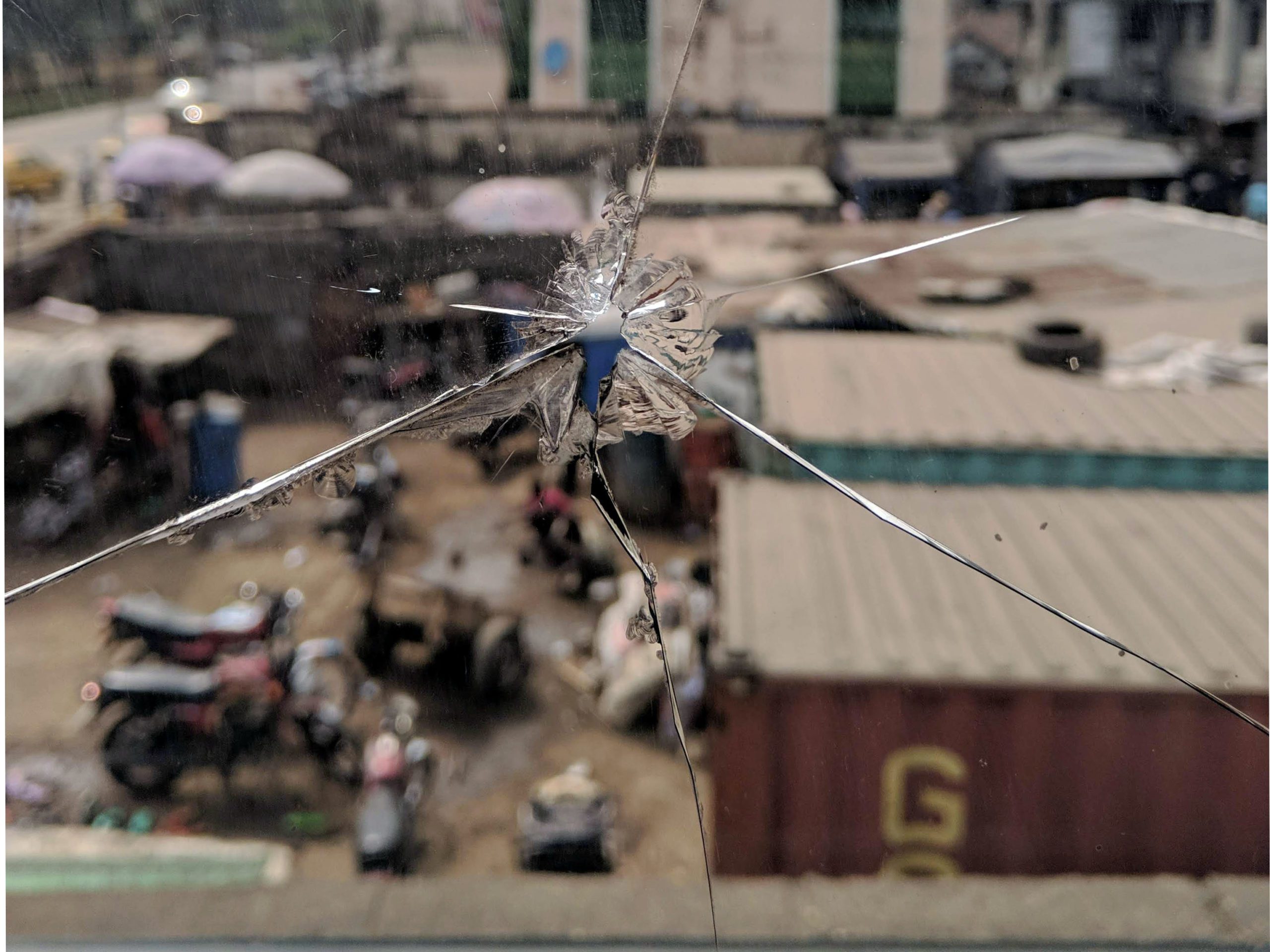 Under Nigerian law, women can inherit their husband's possessions, but many still defer to traditional practices and widows are left with nothing. | Photo courtesy of Namnso Ukpanah on Unsplash

Adamu and two other family members appeared a few days later. When I called my pastor to intervene, they threatened to kill him. They searched the house, but all they found were the car papers. They threw me out of the house and locked the door. 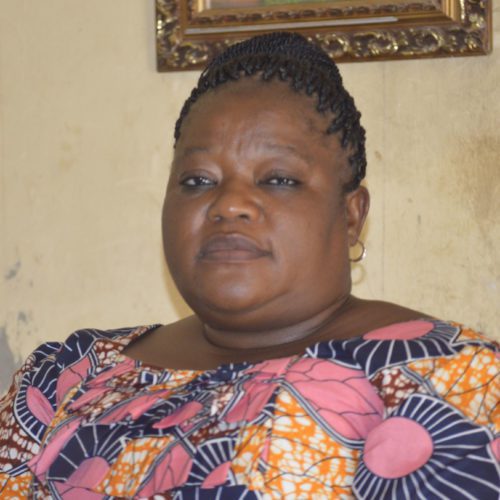 Interview Subject
Mrs. Rifkatu Michael is a mother of three who lives in Central Nigeria. Her husband died following a protracted illness and his family attempted to strip her of all her possessions. With the help of the National Human Rights Commission, she has been able to fight back.
Background Information
Activists have continued to advocate for equal rights for widows and for children, irrespective of their gender, on issues of inheritance in Nigeria.

In this part of the world, female disinheritance happens mostly when the deceased passes without a will in place. Then, the principles of native law and custom regulate succession of the estate.

The application of the rule of primogeniture (relating to the first-born child) regulates inheritance and succession, especially for the widow. Even worse is the culture of inheriting a widow by the brother of the deceased.

The case of Ukeje from 2014 highlights this and is one of the celebrated Nigerian cases that must be cited when discussing the position of the law regarding discrimination against women for partaking in the sharing of their father’s estate.

KEFFI, Nassarawa State ꟷ When my husband Michael passed away from cancer in 2022, I became a widow. My husband’s family attempted to strip everything from me.

They took our vehicle, locked my children and I out of our house, and tried to make me move to their village. One stepbrother insisted he would take me as his wife.

With the support of the National Human Rights Commission, I fought back.

Woman in Nigeria meets the love of her life, starts a family

In 2011, while attending a friend’s wedding in Keffi – a city in Nassarawa State in Central Nigeria – I met Michael Praise. “You are a beautiful woman,” he said.

Michael proved to be a decent person and he loved me in a special way. Two months later, he proposed, and I said yes. Having been through a terrible divorce, Michael even offered to adopt my son from my first marriage.

While in Keffi managing my restaurant, Michael worked for a distribution company in Gusau, Zamfara State in northern Nigeria. He visited me on weekends and was filled with joy when I became pregnant a few months later.

Before our marriage, he began construction on a three-bedroom apartment in Keffi. I persuaded him to allow me to pay the contractor since he was having financial difficulties. He agreed, and a few months later we moved into our house. We had two more children, both daughters, a few years later and lived a very content life.

On September 14, 2018, I received a call from Michael’s colleague John. John said my husband had been admitted to the hospital. I wasted no time getting on the bus to Gusau. The coming hours would prove difficult. Doctors said Michael had bladder cancer. I took him home to care for him.

Two months later, the company where he worked stopped paying him. I felt terrified as my husband fought for his life. We moved from one hospital to another. Tending to his medical needs meant I could not give sufficient time to my business and money began to dwindle. I closed up shop.

Looking for support, I asked his stepbrother Adamu* for help. He replied, “We don’t have money.” After two years battling cancer, doctors diagnosed Michael with Hepatitis C. That was December 18, 2021.

Michael asked me to take him to his home village of Kagoro in Kaduna State, Central Nigeria. When we got to the village, none of his brothers came to see how he was doing. He had swelling in his hands, tummy, and legs. I couldn’t stand seeing him in pain. I borrowed money to take him to the general hospital in Kaura.

Widow targeted by late spouse’s family to strip her of land, possessions

Michael’s brothers wanted to bury him that day but I insisted they take him to the morgue so my children could witness the burial. Against my wishes, they buried him the next day anyway. I was filled with pain.

They called for a family meeting the following day. I thought they wanted to apologize for burying my children’s father in their absence. Little did I know they had other plans.

They questioned whether Michael owned three landed properties and an automobile. The oldest man in the family asked me to surrender all my husband’s properties. Stunned, I asked, “Why didn’t you visit your brother in the hospital, where you could have asked him?”

I told them to stop their antics so I could properly mourn my husband. They offered me two weeks to grieve. The following week, they called and said they built a room in the village for my children and me.

“We are going to sell all of the landed property, including the house where you and your children live, because you don’t have a son with our brother,” Adamu said.

He went further, saying as my husband’s immediate brother, he would inherit me as well. Having grown up in a polygamous home, Michael’s mother had 13 children, but he was the only child to survive. His stepmother bore eight children.

Adamu indicated I would become his second wife, because tradition demands any interested person in the family can have me.

Woman and children locked out of home, everything taken away

Sobbing uncontrollably, I wondered how my children would handle all of this. I could think of nothing else. How would they be schooled? These people were attempting to take everything my husband worked for and saved for my children.

I told them I would not relocate to the village, nor could they sell my house. They informed me I could not decide for them.

I quickly removed my children from the village and returned to Keffi, fearing their threats to seize my house. Adamu and two other family members appeared a few days later. He claimed they came to gather property paperwork and other documents.

When I called my pastor to intervene, they threatened to kill him if he interfered. They searched the house, but all they found were the car papers. They threw me out of the house and locked the door.

I stayed at my friend’s shop until my children finished school, and we left for my mother’s house in Keffi. One month later, a woman named Rita* reached out to say she heard what my husband’s family did to me and she could help.

I met Rita and she took me to the National Human Rights Commission (NHRC), a body established to deal with all matters relating to the promotion and protection of human rights, and the investigation of alleged human rights violations.

We found out that when Adamu listed the house for sale, the commission called him about it. Immediately, they handed me back the keys to the house.

Investigations into his activities further revealed he had sold the car and intended to sell our land in Kajiru. Although the matter is still pending, I am confident that Adamu and his entire family will finally leave us alone.

I feel great relief to be back in the home my husband and I built for our children. 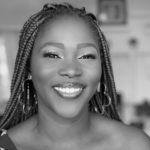 Nanji Nandang is a Nigerian journalist and radio broadcaster with over four years of experience in media broadcasting. She is the host of "Silent Voices," an educative radio show that amplifies the voices of women and girls. She is also an experienced fact-checker and pidgin news presenter.