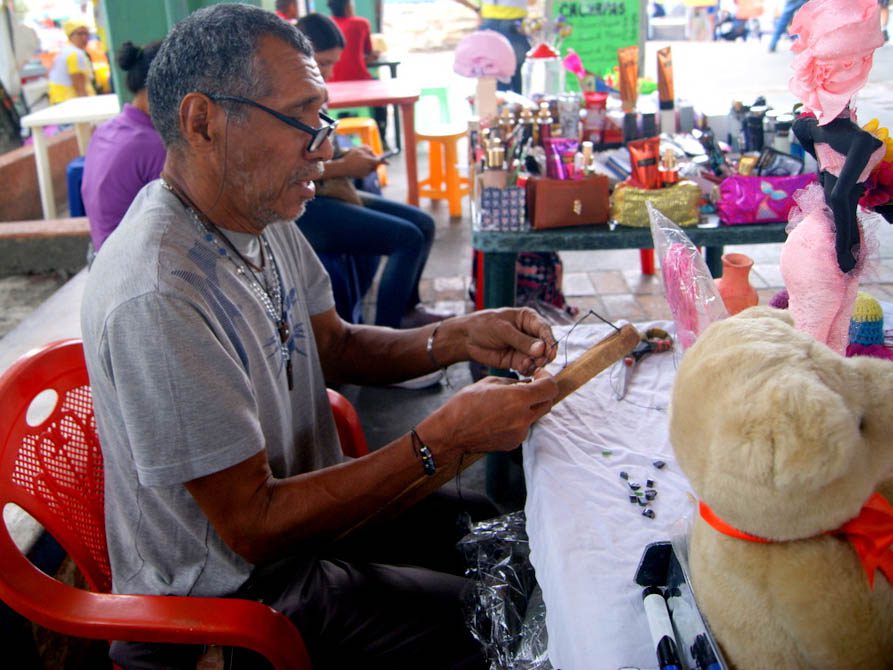 Through his creations and his story, Willian hopes to inspire future generations | Photo by Johnny E. Mogollón

When I work on the creation of a piece, nothing else matters. It's just me and the materials, and from my hands touched by suffering, pain, rejection, and loneliness, small treasures are born that contain my essence: what I am and everything I carry inside. 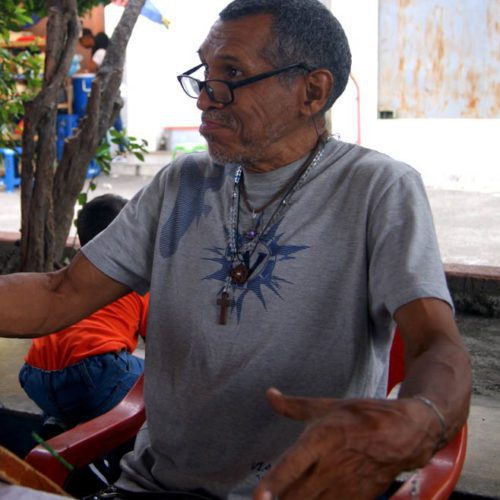 Interview Subject
Willian José Rodríguez Alvarado, 54, is a Venezuelan citizen who managed to transform the pain of rejection and homophobia into a lifetime of work as an artisan.
Background Information
In September 2021, the Inter-American Commission on Human Rights (IACHR) expressed its concern over the absence of public policies and legislation that guarantee the rights of LGBTQ citizens in Venezuela.

PORTUGUESA, VENEZUELA – After I was sexually abused by a relative when I was young boy, I found refuge in art. It became my safe place, where I could shelter from the maelstrom of feelings, doubts, hatred, and unrequited love that swirled within me. Now, my work as an artisan continues to provide an outlet.

Abused by a trusted family member

I was only 8 years old, and I was scared to death. I didn’t know what he would do to me, but I decided to trust him because he was a cousin, the most beloved one of the family, so I did whatever he asked me to. That is what they taught me at home.

In that moment, I lost my innocence and dignity. That man stole a part of me that I could never recover.

I remember everything he did to me. I felt so bad after the first time, but I couldn’t tell anyone because he threatened me. My pain grew, took root, and became a very negative memory that haunts me to this day, like a ghost in the middle of the night.

At 8, I hadn’t mastered reason or insight. The abuse continued for almost a decade, and I wasn’t able to do anything about it.

Eight years passed since the first time he abused me. My behavior worsened, but it wasn’t until he confessed to me that he was going to marry a woman that I exploded. After a furious reaction to the news, I realized that I was attracted to him and that in my mind, I thought I loved him.

From then on, I became aware that my sexuality had changed, and I started noticing other men. I diverted from the masculine stereotype and expectations of being born male.

My family circle never found out how the events unfolded. No one even asked who did it. It became my secret, and I kept it until now. However, they noticed changes in my behavior and were aware that outside of my parents’ house, I would approach and flirt with other men.

I never had support from my family. Nobody comforted me when I needed it. They accepted me as a son and a brother, but they rejected my sexual identity.

My dad always knew, but he decided to turn a blind eye. My mother stayed silent, ignoring the situation and never fully accepting me. Her passive rejection slowly became active. I realized that they related everything to my sexuality, which earned me many unfounded accusations.

Discovering my other self

In my country, when living in poverty conditions, each family member must start earning an income as soon as possible to help pay for expenses. However, my family allowed me to work at home; my mother prevented me from going out and interacting with other people.

I finally decided to break the rules and joined the Boy Scouts, where I found great support from its leaders and, especially, from a couple of friends who did their best to help me get surgery for the congenital disease I suffered.

After that surgical intervention, I decided to start being who I am today. Something opposed to the naïve, young boy who let himself be abused.

I eventually identified as bisexual because I feel sexually attracted to people of any gender. I am also non-binary since I move freely from one sex to another without either of them defining me.

Finding a refuge in the arts

At the age of 17, around the time of my sexual awakening, I also discovered the wonderful world of handcrafts.

In those days, I was working selling lottery numbers and, with the little money I earned, I managed to pay for several artistic training courses. The first of them and the one that became my lifeline was ceramics. I was able to learn to express my feelings, fantasies, and desires through the pieces I made with clay.

I began to work independently, selling my handcrafted pieces on the only boulevard in the city. It was not something I was seeking; a friend of mine noticed my skills and guided me to hone them even further.

The two women in charge of training me in the art of ceramics also found me a job as an instructor in an art school, where I worked for 25 years. The news caused my family to explode in a gale of hurtful words and contempt because they did not consider me capable. However, I was up for it, and hundreds of young people learned good technique from me over the years.

My crafts are a true reflection of myself

Being an artisan transformed my life, and complements it. I was lost in a sea of ​​contradictions, and it became my lifeline.

Craftsmanship is constant competition with myself, success, and perseverance, but also my refuge; when I work on the creation of a piece, nothing else matters. It’s just me and the materials, and from my hands touched by suffering, pain, rejection, and loneliness, small treasures are born that contain my essence: what I am and everything I carry inside.

My crafts are a true reflection of myself. I become my characters before painting, molding, or carving them. It doesn’t matter what kind of piece it is—a stuffed toy, a sculpture, a bracelet, a figurine—what I build has a part of me in it. I become a woman to bring femininity to the format I want or a man to accentuate the traits of masculinity when necessary.

Creating is a mental and emotional exercise. To do it, I need to feel that my soul burns in the fire of all the sensations that I experience and that my head gives it a concrete form. Being a craftsman transforms me every day; it takes me to both my miseries and my paradises.

Now, at 54 years old, I dream of leaving this world knowing my life was worthy of being an example to future generations. I have made mistakes, yes, but the important thing is to persevere and overcome the failures. It happens in art and life alike.

Even with all my flaws, I want young people to learn through me that it is possible to transform pain into a positive force. They can transform wounds left in the soul by rejection and homophobia into invaluable and meaningful things, into art.

No matter how much it costs us, it is always possible to embark on the path towards self-discovery and acceptance. 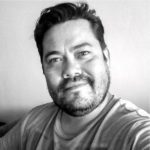 Freelance journalist, writer, photographer, and broadcaster. Passionate about spreading real, exciting, and vivid stories told from the warmth of the most sensitive fiber of the soul, enriched with a diaphanous, intelligent language and the highest aesthetics.