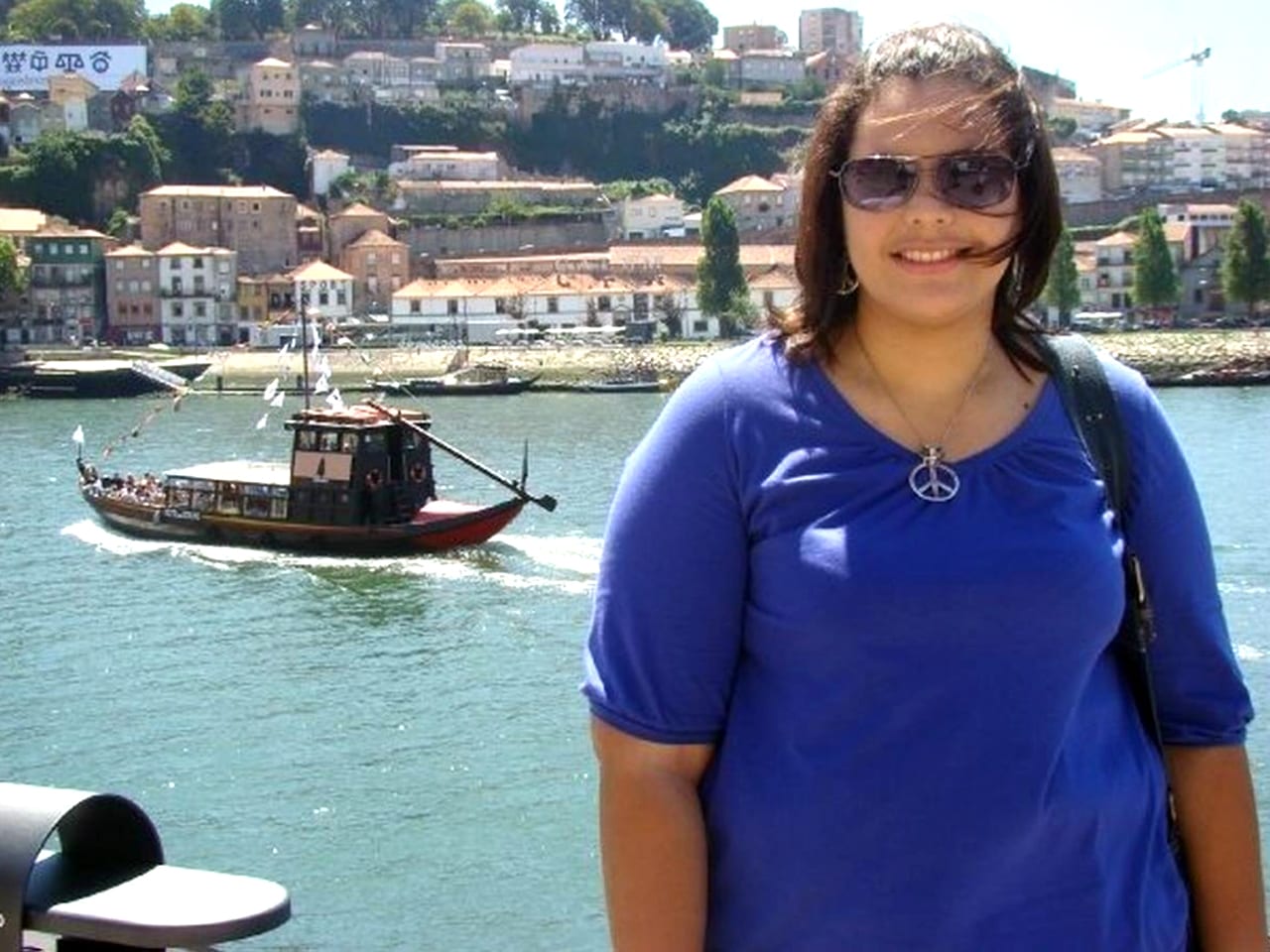 In Venezuela the stereotype of beauty is very strong. Those who do not comply face the rejection of society.

Ironically, being fat in Venezuela makes you invisible. I don't exist unless someone decides to make fun of me. 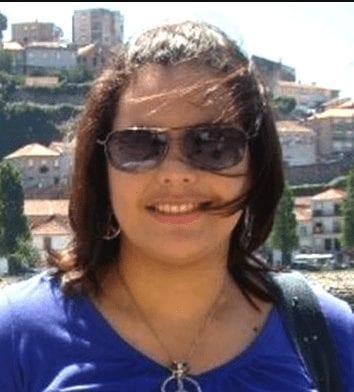 With the intense Venezuelan heat, I just want to get home. Taking a taxi is not an option: they are too expensive for the common citizen.

When I finally board the bus, my nightmare begins: a pseudo-rapper accompanies us on the road.

In recent years, these “lyrical geniuses” board public transport and sing a verse or two about passengers to earn a laugh or two for their comments.

I feel anxiety tear through my body. I dread what he will say when he sees me. Our eyes lock, and before he opens his mouth, I know what was to come.  He drops a few verses about me and the bus erupts in laughter.

Seconds later, his attention focused on someone else: another woman. She seems to have it all: the ideal body, the perfect hair, the look that Venezuelans love so much.

The rapper confirms it. He tells her that she is beautiful, that he would marry her, and that he would give her children. She was the woman of his life. Of course, she was.

Time has passed since that rapper on the bus incident, but I still remember his words. This may have been the most recent incident to date, but it’s far from my only experience of discrimination.

I have an arsenal of unpleasant memories in which I am evidence that, by not meeting the beauty standards in the “land of Miss Universe,” one faces immediate rejection by everyone, including one’s own family.

Invisible in a stereotyped country

My name is Keyla and I am an overweight person from Venezuela. It’s a country obsessed with the female figure, a place where women share a common dream: the title of Miss Universe.

I’m five-foot-six and I weigh 220 pounds. Twelve years ago, I weighed nearly 290 pounds. My knees hurt and I had a hard time walking.

Over the years, I have come to realize that those who believe fat people are not discriminated against in Venezuela have not experienced it for themselves.

They have not been under my skin. They don’t know what it is to look in the mirror and feel sad over a life of continuous rejection.

Ironically, being fat in Venezuela makes you invisible. I don’t exist unless someone decides to make fun of me.

I’ve already lost count of the number of times the door has been slammed in my face to make way for a slim girl.

Fat as a child

Every day, I glance in my full-length mirror to ensure I am well dressed.

I think I look at myself in the mirror so often because of the stigmatization and insecurity that was instilled in me as a child.

According to my family, my weight problems started young. My mother always tells the same story.

“You were so heavy that only your dad could carry you.”

The truth is that, after nearly 40 years, I should be ready to hear those remarks, but I’m not.

Every time she tells this anecdote in a funny way, I feel a kick in the chest that penetrates to the depths of my being.

My father unknowingly does the same.

He always says that he once carried another child and that he almost fell. Accustomed to my weight, he nearly lost his balance with the other baby.

Although I was small when I first heard it, I have never forgotten it.

I once went out dressed in my best garment to take a walk through a shopping center. A man yelled at me: “look at that fat woman!” It was very embarrassing.

Now I no longer desire to wear my best clothes. It doesn’t matter how I dress. All they see is a fat woman.

Discrimination doesn’t just happen on public transport or on the streets, but in boardrooms.

After a working meeting, a coworker said: ”Let’s see if you can get out, fat woman,” after I asked permission to leave. Everyone laughed.

Nobody cared about my role there. I was just the fat one.

It stigmatizes, marks my personality, and makes me feel more vulnerable and insecure.

One day, my mother and I were waiting for a taxi. I held my hand out and the taxi slowed down and pulled over. Meters ahead, there was a slim and cute girl also waiting for a ride. We watched as his gaze left us. He advanced towards the girl who, uncomfortable with what she had witnessed, did not get in the cab.

Living in the shadows

Venezuela boasts the second-highest number of victories in the Miss Universe contest with a total of seven crowns.

Here, if you want to be famous, a television host or an actress, you just have to enter the Miss Venezuela contest.

The economic situation does not matter: a Venezuelan woman does not leave home without earrings. She does not go out without makeup, and her hair is always very straight.

I did my first diet at the age of 15 to fit into the discriminatory and consumerist society.

There was a boy at school that I liked, and I wanted to get noticed. I thought that if I lost weight, he was going to fall in love with me. Although I got thinner, he never looked at me. That marked the beginning of my history with dieting.

Out of the dozens of attempts I have made, only one has worked for me. Sascha Barboza is a nutrition guru who teaches you how to eat and change your lifestyle.

While I can say that his method was effective, my dysfunctional relationship with food is stronger.

I eat out of boredom and anxiety. When I know that I am eating something that is not healthy, the voices of all the people who have ever said something about my figure echoes in my mind.

My head reels from my compulsion. I tell myself that it will only be today. Tomorrow, I will eat healthier. Only, tomorrow never comes.

The things that happen to me in Venezuela, did not happen in other parts of the world.

I lived in London for a while where I met the warmest people. I became very sociable — a quality that I had lost during my high school years where rejection came naturally to me.

I felt like I had found myself again. I was happy.

Upon returning to Venezuela, I went to eat at a fancy restaurant. Then, a fight broke out.

I approached a boy who was next to me to comment on the situation. He paused, looked at me, and completely ignored me like I was a wall or a potted plant.

I had reached the land of the Miss Universe.

Almost immediately, I lost the perspective I gained in London. Soon, I returned to the same faulted outlook: bitter as always.

I’ve learned that the best way to cope is to respond. If someone attacks me, I do not remain silent.

If the way I look bothers them, they should look the other way. I’m not hurting anyone. I have to defend myself.

There is a lot of ignorance about the suffering that fat people feel in this country.

The truth is that in order to be beautiful you do not have to be skinny, or tall, or have the hourglass figure that wins a crown in Miss Universe.

Venezuela boasts the second-most wins in the Miss Universe contest with a total of seven crowns.

In 2009, the country achieved a Guinness record in the contest between the misses Dayana Mendoza and Stefanía Fernández. It was the first time in the history of the contest that a compatriot crowned another.

The Centers for Disease Control and Prevention has studied the correlation between bullying and suicide, though they refrain from saying that bullying is a direct cause of suicide.

“The bottom-line of the most current research findings is that being involved in bullying in any way—as a person who bullies, a person who is bullied, or a person who both bullies and is bullied (bully-victim)—is ONE of several important risk factors that appears to increase the risk of suicide among youth,” a report from the CDC reads.

According to the Venezuelan Observatory of Violence, suicide rates in Venezuela are on the rise. A 2018 report found the suicide rate to be 19.09 per hundred thousand, marking the highest rate in more than three decades. 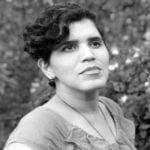 Lilihana is a Venezuelan journalist who has no regrets over tricking her mother into becoming a journalist. "Writing gives me life," said Arévalo.