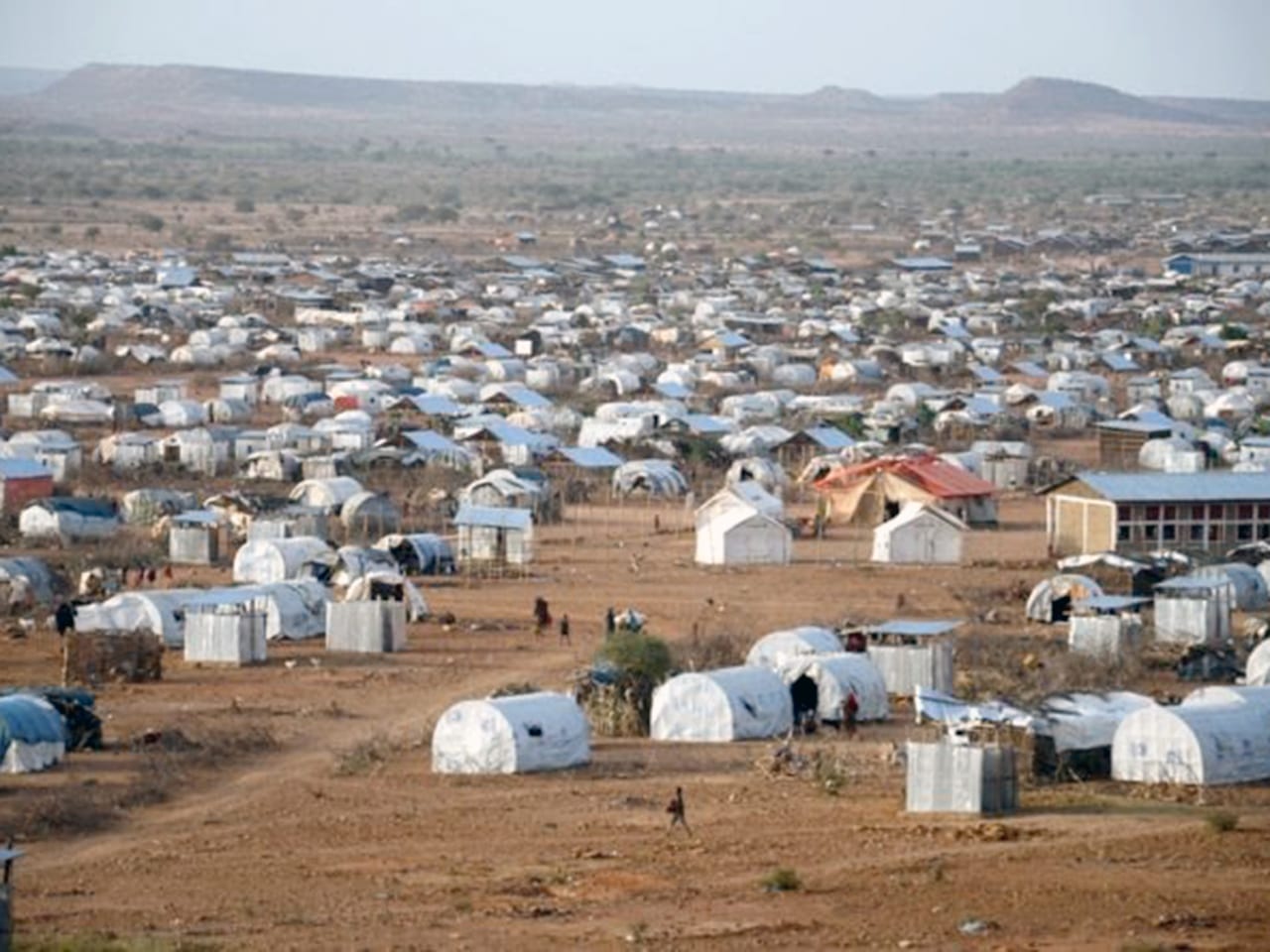 My family and neighbors broke the door to my house with anger, entered, and started beating and stoning us. 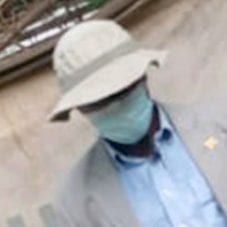 First-person source
The story subject is an LGBT refugee who fears he will be attacked by the refugees and host community if his identity will be known. He wants to remain anonymous.

The clock is ticking, days are passing, and the fear of what is ahead of me intensifies.

I have had sleepless nights thinking of what will happen to thousands of us, ever since the day I saw Kenya’s 14-day ultimatum to close down Kakuma and Dadaab camps.

It was March 24 that Kenya’s government gave the United Nations High Commissioner for Refugees two weeks to come up with a plan of closing down the two camps.

They cited terror threats and neglect by other countries as the main reasons for closing the camp, which has been my haven for years.

Two weeks have passed, and UNHCR says they are still having a dialogue with the Kenyan government on the camps’ closure.

Last week Kenya’s high court temporarily stopped the government’s ultimatum of closing the camps, giving UNHCR about a month to respond. It provided a moment of relief, but I can’t help but wonder what will happen to thousands of us if the dialogue fails.

The deportation news reopened past scars of all of the pain I went through with my own family.

All the agony I encountered before finding solace in the Kakuma refugee camp slapped me back to the past worst experience of my life.

Life before being a refugee

I am from Uganda and I was born and raised there until 2017, when things turned, forcing me to run for my life.

I am gay, which is a criminal offense in my country of origin. In Uganda, LGBTQ People are convicted and sentenced to many years for “sexual crime”. Being gay in such a country was a challenging situation.

For 20 years as a gay person, I survived under the radar, living an overcast half-life, presenting a straight face to the world but underground expressing my sexual desires hoping no one will find out my little secret.

But one day, everything broke loose. My secret was out.

The beginning of my darkness had fallen. I remember it very clearly. I was in my house with my partner, and we were having a good time. I heard the sound of people coming towards my house spitting fire as they shouted my name.

I knew it was the day my secret was out and everyone was going to be on my case.

The noises were from my family and neighbors. They broke the door to my house with anger, entered, and started beating and stoning us before we could figure how to escape the attack.

Without thinking, we passed through the open window naked and spend days running through my father’s plantation, trying to find our way out.

With the injuries and pain we had from the attack, the plantation journey was painful and teary, but we managed to come out.

This country, over the years, has been recognized as a haven for persons seeking refuge from conflict and environmental disasters in Africa.

My partner wasn’t sure about coming to Kenya, So I left him and started my journey of searching for peace in another nation, hoping the universe will act in my favor.

I walked for more than seven days before entering Kenya and another few days to reach Kakuma refugee camp in Northern Kenya, a rescue home for asylum seekers since 1992. The journey was one of the tough ones.

Walking day and night in search of peace is not a joke. I encountered several challenges throughout my trip but trusted God to lead me to where I was going.

Kakuma refugee camp was the only hope I had in my life, and so I trusted God to open the hearts of those I will meet at the camp to understand and help me find solace at this place.

Through the help of the people I met along the way who helped me trace the direction to Kakuma refugee camp, I managed to reach the base, occupying a dry, desolate land with only a few trees.

Everything was different. It was like I had stepped into another planet.

The environment was unusual from what I was used to in my life, from the scorching sun to thousands of sprawling refugee settlements divided into several separately numbered camps.

I could also see thousands of people moving around the area with faces reflecting hope and signs that I had arrived at a haven of peace. It was a different world!

Protocols govern the camp, policies that, as a new person, you have to go through them before you are accepted.

Entering the camp premises, you have to acquire permission from the management. That was another hard sell. No one knew me or believed my story, and that was a challenge.

I tried and tried convincing the officials of my account until the only option for them was to have mercy on me and accept me at the camp.

After getting permission, they authorized me to enter the base’s reception area, where they took a lot of information about me and my origins. It took me a week of staying at the reception before I was entirely accepted and enrolled at the camp as a refugee.

Life at the camp is different. I left all my dilemmas and traumas of the past behind and started building a new life for myself, hoping that I would change everything I went through to a story of hope one day. But even though things are different at the camp, I still face some challenges as a gay person.

Violence against LGBTQ people in Kakuma camp happens from time to time. Homophobia is here too. Some of the other refugees and community members are looking for an excuse to come after LGBTQ members and attack us.

In March, they attacked us, and the attack left two gay men with second-degree burns.

On Monday, another arson attack happened that left one LGBTQ refugee dead, and they admitted another to Kenyatta National Hospital.

All this tells why we need to draw attention to LGBTQ refugees and asylum seekers who live in Kakuma refugee camps. UNHCR has been trying the best way possible to protect us, and I am so grateful. But now, I fear for my future as the host nation threatens to close the camp.

Through this camp, I have built myself in ways I can’t explain. I am engaging myself in small businesses and a community LGBTQ outreach that focuses on looking for safe protecting LGBTQ members at the camp.

With the government of Kenya’s ultimatum to close the camp, all our efforts will go down, leaving many of us helpless with nowhere to go and no one to help.

UNHCR, whose core mandate is to provide international protection and assistance to asylum seekers, urged Kenya’s government to ensure that those who need protection continue to get it and pledged to keep engaging in a dialogue.

But our lives are at stake.

I am anxious and frightened about what will happen If the conversation doesn’t go well. Thousands of us will be rendered homeless, and even though they gave us the option to go back to our countries of origin, the same challenges that made us flee are still there. Nothing has changed.

So to me, that will be worse than murder, and that’s why I will commit suicide rather than go back to Uganda where I survived several murder plots from my own family and neighbors.

Through the news online, I can still see how multiple LGBTQ people are still struggling to survive in a country that is now using the Covid-19 pandemic as an excuse to clamp down on LGBTQ members.

This makes it clear how Uganda is the worst country for LGBTQ people to survive. They do not consider a gay person ‘a person’ here.

Where will I go?

The plan of closing Kenya refugee camps gives me headaches because I wonder, where will I go? I have nowhere else.

The deportation is happening amid the pandemic and this will hurt and expose many of us, especially young children, to Covid-19, which is a challenge at the camps. People might die due to exposure to the virus during the deportation process, which makes me worry.

Many things are at stake here, and it makes it difficult to sleep as we wonder which option we can take to move out of this dilemma.

If they take me to any other place in Kenya, I will leave peacefully, but if the only option is to go back to Uganda, I will rather die.

If they implement the closing of the camps, that will be the end of my life.

I am fasting and praying, fingers crossed, for Kenya’s government to reconsider us because thousands of us have nowhere to go.

Our fate lies in their hands.

The two camps has been housing more than 500,000 people seeking refuge from countries in East Africa such as Somalia, Tanzania, Uganda, Burundi, Ethiopia, and South Sudan since 1990 when it was started. 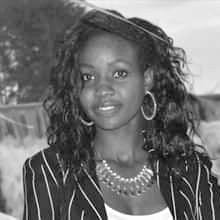