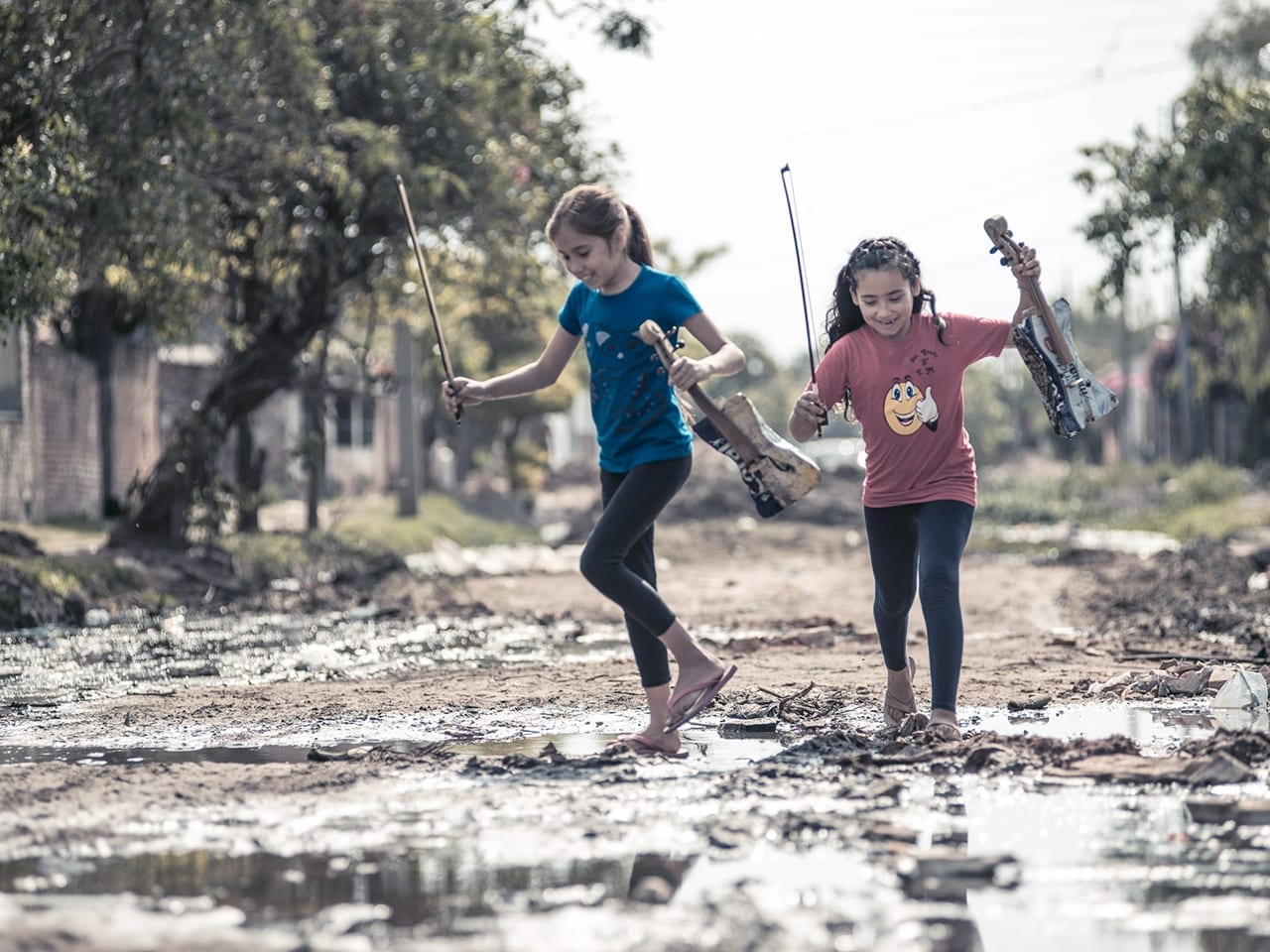 For them, music represents a way out, an escape from their reality. For me, music is my way of helping others. 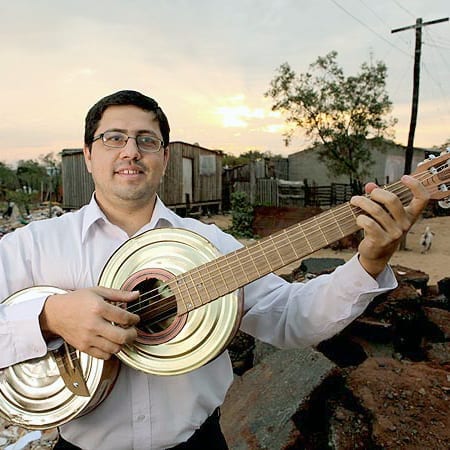 First-person source
Favio Chávez is the director of The Orchestra of Recycled Instruments of Cateura. The group comprises children with limited resources who live in the Bañado Sur community around the Cateura landfill in Asunción, Paraguay. The group's distinctive feature is the performance of musical works with recycled instruments made from garbage salvaged from the landfill.

I created an orchestra with recycling instruments for children who were exposed to child labor or abandonment by their parents.

The effort reduced waste accumulation in the area surrounding Asunción in the Cateura landfill in Paraguay.

Thanks to the initiative, low-income kids performed in the main stages worldwide and even played for Pope Francis.

I never thought it would take on the dimension it has today. I am proud of each and every one of them. I get excited every time I see the passion and commitment that they put into each rehearsal.

For them, music represents a way out, an escape from their reality.

For me, music is my way of helping others.

With a handful of students and a great desire to teach, I started instructing them at the Cateura landfill.

In my case, I guided this process through music.

Little by little, I was dedicating more extra time to the workshop.

I taught them music in any space we had within the waste collection center, right in the middle of the garbage.

With the lack of instruments and the growing reception of new students, we realized that we could use that same garbage to make instruments.

In that first moment, the process began.

It was essential, especially for younger children, to have something built with their own hands.

In the last registration we had 400 children from five years old to young adults.

As a result of the number who signed up, we decided to form an orchestra that finances itself with the sale of tickets and contributions from different countries.

The community is a group of children who live in a marginal neighborhood where many of the basic needs are unsatisfied.

The people live in total precariousness, and any social assistance project is indispensable and well received.

They usually don’t have places to play or do activities outside of school (considering that not everyone attends classes).

I wanted to give them training through music, providing values, skills, knowledge, and abilities to contribute to their training.

Within the context of Covid-19, we ruled out mass gatherings.

We decided to set up small groups by skill level to continue practising.

We participated in many virtual events especially after mid-2020 and we rotated the groups.

We have planned several virtual concerts in different countries for 2021. Fortunately, many people from all over the world write to invite us.

We have 50 events per year and have already played in more than 40 countries.

The orchestra received Pope Francis in Paraguay and opened Metallica’s concerts throughout the region.

We were invited to Europe by Spanish and Dutch royalty and starred in a documentary film produced from the United States: Landfill Harmonic by Anglo-Canadian director Graham Townsley.

The kids also played with groups like Megadeth, and their videos add up to millions of views on social media.

A drop in the sea

We adapt to the reality of each child and see music from its social aspect. We try to introduce each student to music and if they like it, our program gives them new and better opportunities to perfect their learning.

Here, many excluded people do not even have a primary education, live in poverty, do not have the minimum budget to take care of themselves, and lack the minimum conditions to feed themselves.

Many times I ask myself, and more at this time: “What are we doing with education?”

Today, the system seems to be against education, and education does not dare to confront it.

Everything that causes climate change lowers the quality of life, contributing to debt and social alienation.

Ours is collective musical learning.

We do not have teachers who sit and tend to a particular child.

For this reason, the workshops start at ages where they already have a specific capacity for socialization.

Incredibly, the more humble the community, the more easily children learn to function.

The activity is daily. We have music classes once a week, and then each type of instrument has an additional course.

Groups that are more developed or more on track have an additional rehearsal day. The more advanced have private classes of musical improvement.

We have 14 classrooms, and we are waiting for four more classrooms that are under construction.

Many people are curious to hear the sound of recycled orchestra instruments. They are shocked by the idea.

Others follow us for our social project to improve the community’s infrastructure, build houses, and grant scholarships.

Thinking ahead, we would like to finish the process that we started with the boys.

Some of the larger ones continue on the path of teaching and replicate what they have learned elsewhere.

We start to share this when they are very young.

We teach them music, with hopes of granting scholarships to study for a university degree.

My wish is to conclude the process, even though it is sometimes challenging, by rowing against the current.

It makes me very happy that our story is wanted to be heard even in the world’s most inhospitable places.

We will continue playing, teaching, and learning together until the indicators for change: access to health, education, and housing conditions, are modified.

I feel that music can change people’s lives here and wherever they are on the planet.

According to the FAO, there are 1.7 million poor people in Paraguay and 335 thousand living in extreme poverty conditions (Permanent Household Survey, 2018).

This situation is even more serious in rural areas, where extreme poverty reaches 10% against 1.6% in areas.

Women, children, youth, the elderly, and people with disabilities are social groups with greater development gaps than others.

These levels represent a barrier to the country’s sustainable development, which makes overcoming poverty a priority agenda.

However, Paraguay committed to ending poverty when it ratified its commitment to the 2030 Agenda and the Sustainable Development Goals (SDGs). Its National Development Plan also points to this commitment and the achievement of equal opportunities for all.

Within this framework, the National Government is developing some important initiatives, such as creating the Ministry of Social Development (MDS), the implementation of a Social Protection System that guarantees minimum social floors, and a National Plan for the Reduction of poverty.