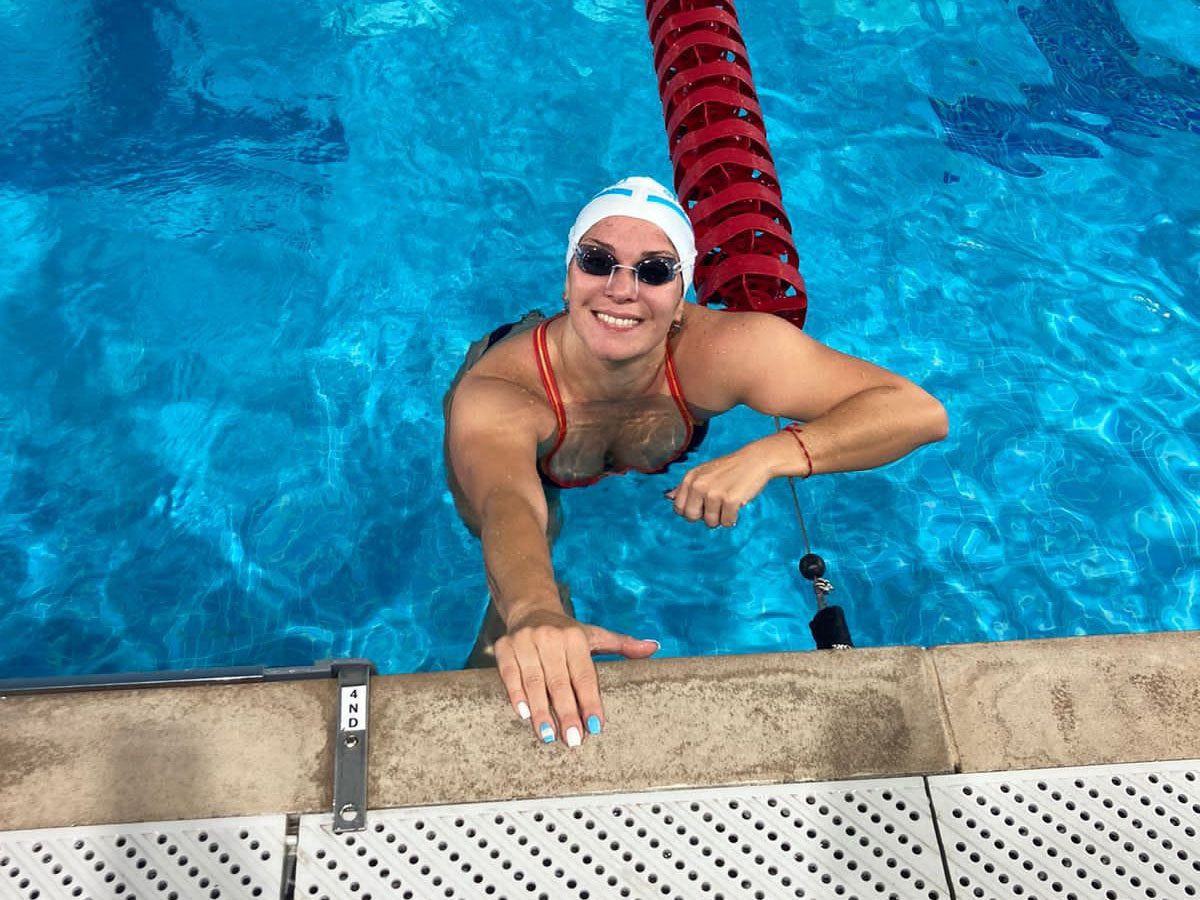 I swam in the race and when I touched the arrival wall, I thought I took fifth place. I leaned out of the water and looked at the stopwatch. The grandstand exploded with emotion. The crowd from Argentina applauded and cried as they sang out my name. I knew I was headed to the podium; that I had won. 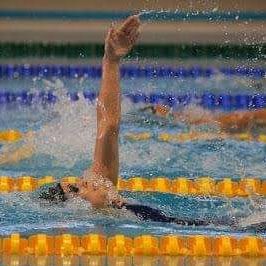 Interview Subject
Diana Valentini, Buenos Aires, Argentina, started swimming at six and has dedicated herself to the sport for more than 30 years. She always competed in the hearing community until 2012, when she joined a deaf swimming team. She earned a bronze medal in the Deaflympics (sanctioned by the World Olympic Committee) in 2013 – becoming the first female medalist in Argentina’s history in the Deaflympics.

She took runner-up for the world in Texas in 2015. In 2017 she became a finalist but didn’t place and in 2021, called again to compete, she won another medal. As a result, she will serve as the World Delegate for Argentina in the upcoming World Games.
Background Information
The Deaflympics, also known as the Deaflympiad and previously called the World Games for the Deaf or International Games for the Deaf) take place every four years. Sanctioned by the World Olympic Committee, they bring together elite athletes from around the world who are hearing impaired to compete in Olympic-style events. The Deaflympics are the longest running sporting event next to the Olympic Games.

The Argentine Confederation of the Deaf or CAS serves as a non-profit institution pursuing and protecting the welfare of the deaf community since 1957. It’s mandate, granted by myriad associations of deaf people, is the Promotion and Defense of the Human Rights of Deaf. The collective responds to needs such as health, education, culture, art, and places particular emphasis on Argentine Sign Language. The confederation includes 18 deaf associations out of the 45 that exist throughout the country.

BUENOS AIRES, Argentina ꟷ I started swimming competitively at eight years old and tried to hide my deafness from those around me. I did not have hearing aids, so I could blend in and swim with hearing people. When I finally joined the world of the deaf, everything changed. Not only did I become the fist woman in Argentina to win a medal at the Deaflympics, but at last, I felt included.

[The Deaflympics include elite athletes with hearing impairments, and the games are officially recognized by the World Olympic Committee.]

In the deaf world of sports, no one looked at me strangely anymore or laughed behind my back. When I swam with hearing people, they often did not understand me and lacked the patience to try. I felt excluded. With my colleagues who are deaf, we do not mind repeating things to each other a thousand times if we need to, until we understand.

After hiding her hearing impairment for years, swimmer competes in world games

At six years old, my mother encouraged me to participate in multiple sports, but swimming quickly became my favorite. Within two years, I began competing, and by 11, I became federated. I competed in the national games in Argentina until 23 years old, when I got pregnant and stopped swimming. I stayed away from competition for six years, but in 2012, I returned.

This time, I competed with other deaf people. I began swimming for the deaf team CADES [Confederación Argentina Deportiva de Sordos]. Then, in 2013, I received a call to compete in the Deaflympics. I am proud to be a part of the world of hearing-impaired elite athletes – a world I have come to love. Early on, I tried so hard to blend in.

As a little girl, the people around me, including teachers, did not know I was deaf. I hid my impairment, but they noticed something seemed off. They thought I simply did not pay attention or was often distracted. I tried very hard to understand them; I could read lips well, but my shyness and embarrassment became my greatest enemies.

Sadly, I remember one teacher specifically who often spoke negatively to me. She lowered my spirits and left a painful mark. As a result, while everyone else in class felt encouraged and excelled, I did not. To go from that, to being a world medalist in my sport, fills me with pride and emotion.

At my first Deaflympics in Bulgaria, I won a medal. Standing on the podium, happiness filled me. I was the first woman in Argentine in history to win that medal. In 2017, I became sub-world champion in Turkey and flag bearer for the Argentine team. Then I participated in my second Deaflympics.

While I became a finalist, I did not win a medal. Frustration and disappointment can follow, but I try to approach the sport with enjoyment. Life taught me, you can win a thousand times and lose a thousand times, but do not get frustrated right away. Keep going. This is true in life and in sports.

After the loss, my father passed away, and the COVID-19 Pandemic followed. All I could do was train. When 2022 came, I returned to the Deaflympics. It seemed far and out of reach, but the faith of those who believed in me took over.

My only goal for 2022 was to reach the finals. I used what I learned from the last games. I was not 100 percent prepared, so I trained even more. Although I felt scared, I maintained a good attitude and tried to think of the competition as a party. I reminded myself, “It’s going to be fine,” and gave it my best.

Attitude was key as I told myself, “Nothing matters more than this. I’ll give it everything, even if they have to take me out on a stretcher.” In swimming you compete in the morning, and finals take place at night with only eight remaining competitors. I made it to the finals and knew, as I walked to my mark and greeted everyone, that my son, mother, and friends would be watching me on television.

Making it to the finals, I felt disbelief, but something inside me began to yearn for the medal. I decided to go for it. My coaches told me, “Diana, this is the race of your life. Jump into the water and give it everything you have.”

I swam in the race and when I touched the arrival wall, I thought I took fifth place. I leaned out of the water and looked at the stopwatch. The grandstand exploded with emotion. The crowd from Argentina applauded and cried as they sang out my name. I knew I was headed to the podium; that I had won.

I climbed out of the pool trembling, feeling very tired and emotional. The judge asked for the credential, now hanging around my neck. She would return it after the awards ceremony. When the judge said the words “awards ceremony” I began to cry. Wrapped in my towel, I could not stop the tears.

With my medal in hand, the sports secretary gave me the green light to train and prepare for the World Cup for the deaf taking place in Buenos Aires next year. To prepare, I train in the morning and work in the afternoon. Every time I walk along the edge of the pool or jump in the water I think, “That medal is mine.”

While I enjoyed my first medal, it felt like I achieved it alone. Now the community continues to give me opportunities despite my age. Memories of my childhood often come to mind in these moments, and I feel proud to be the Argentine delegate to the world at 36 years old. Even when you hear “no” a thousand times, it is never too late to achieve your goal.