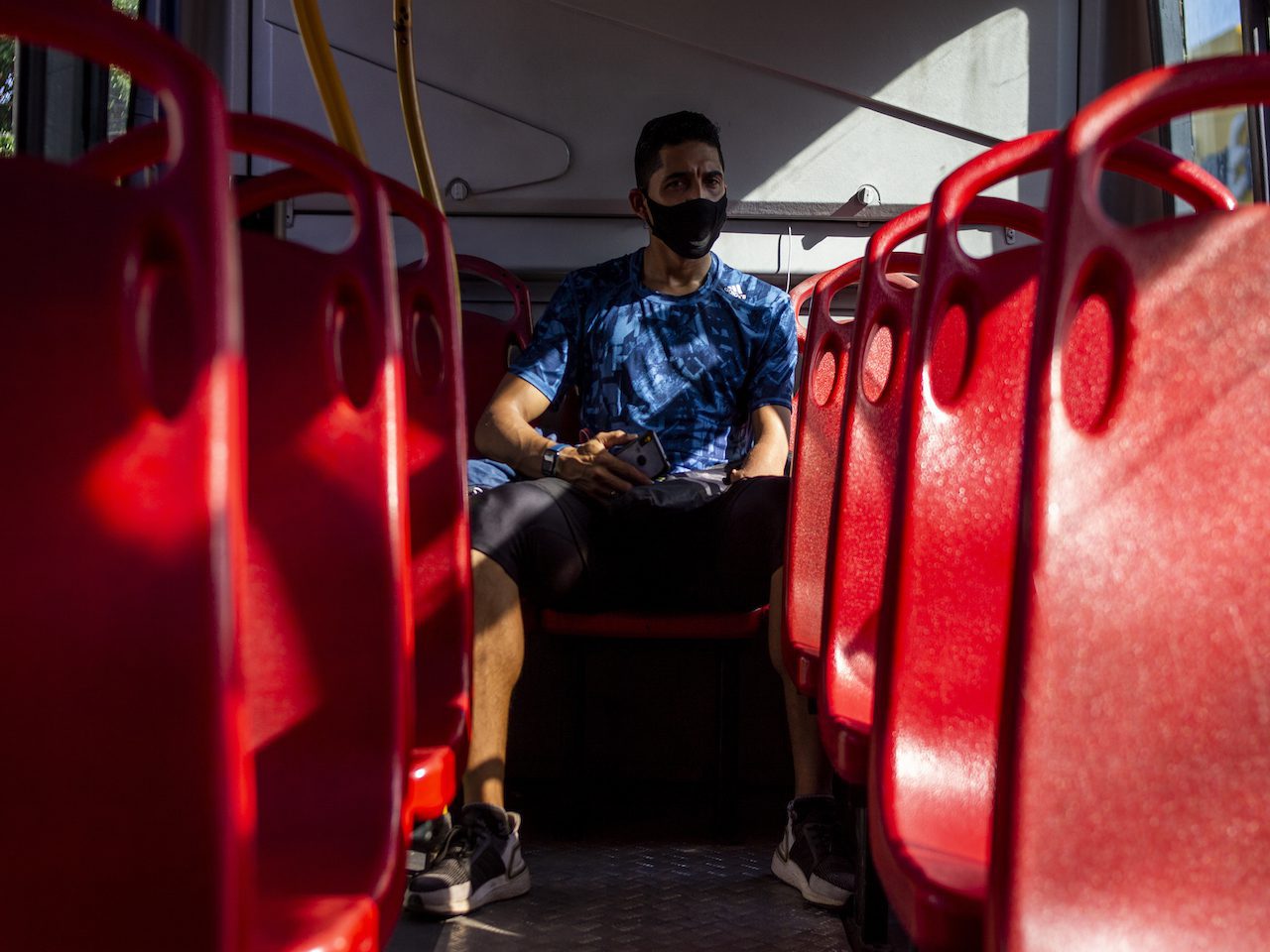 Joan Manga gets on the bus before anyone else each day on his way to the athletics stadium, an athlete and coach. Photo by David Moran.

My goal is to lay a foundation for the Paralympic sport in Colombia in 2027 so that the coaches under my charge can develop talent through long-term preparation. 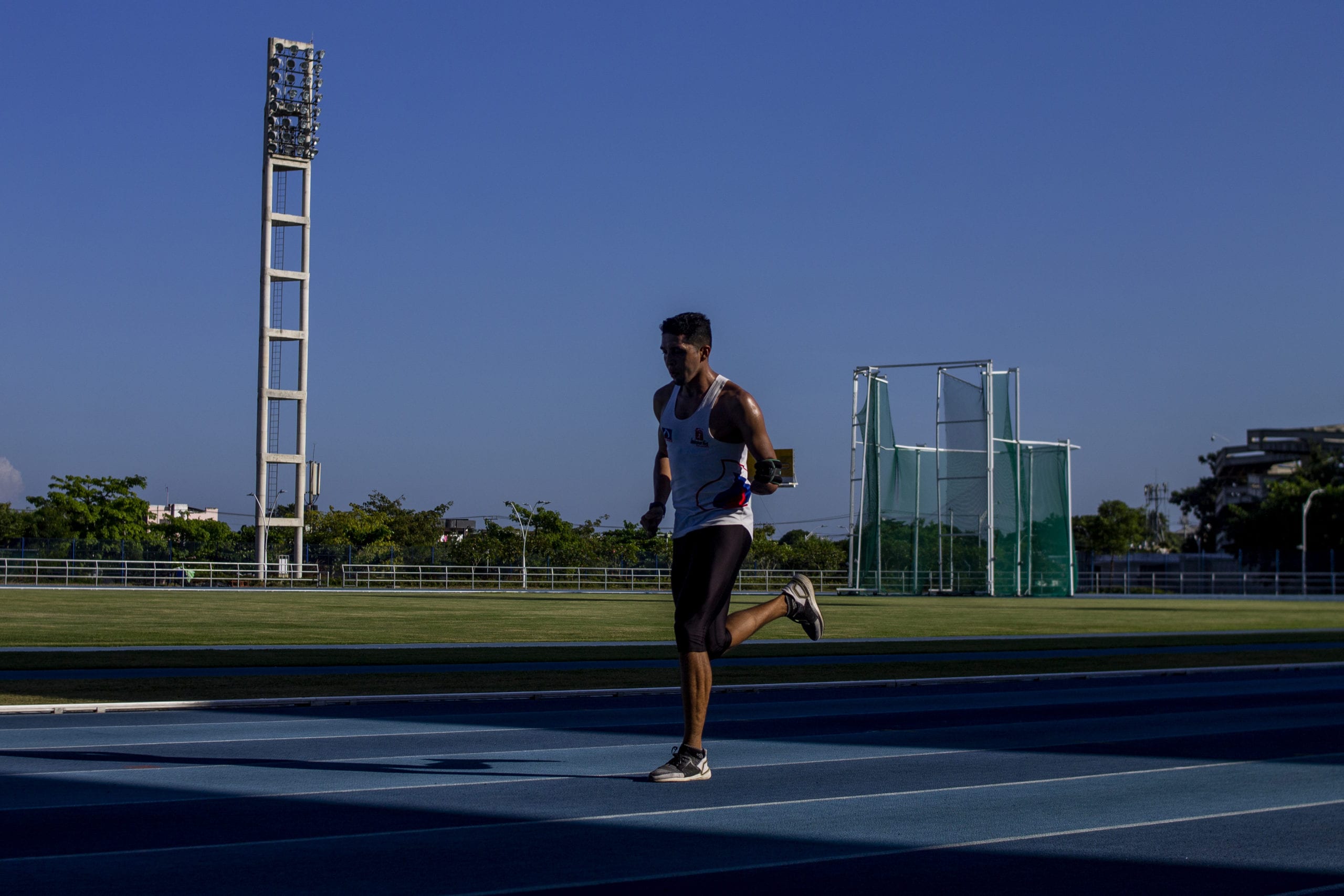 First-person source
Joan Manga Carrillo is a former Paralympic athlete and university teacher. He is responsible for selecting talent in conventional athletics in Barranquilla, Colombia. He is also a methodologist for Indeportes – an organization whose mission is the promotion and support of athletes. Carillo’s research focuses on unconventional athletes.
Background
The Paralympic Games or Paralympics are periodic, international, multi-sport events in which athletes with a range of disabilities compete. Governed by the International Paralympic Committee, there are both Winter and Summer Paralympic Games. Athletes compete in national and multinational competitions leading up the Paralympics such as the Para National Games in Colombia or the Parapan American Games. Twelve athletes won medals at the last Para National Games in Cartagena, Colombia in 2019, all in individual sports. In Colombia, according to the National Department of Statistics, Dane, there are 1,784,372 people with disabilities. This is 4.07 percent of the country's population. Yet there is debate over these numbers. While the 2005 Census showed that 6.4% of the Colombian population has some disability (about 3 million people), some social organizations and the Court itself have estimated that the Colombian population with disabilities may represent 15% of the population (about 7.2 million of people). Colombia is a middle-income Latin American country with an estimated population of over 50 million people.

BARRANQUILLA, Columbia – I was born without my forearm or left hand, but it did not stop me from becoming an athlete.

As a Paralympic competitor, my government refused to sponsor me so I could participate in the Parapan American Games in Toronto, Canada.

From that moment on, I decided to help others, so they do not suffer the discrimination I did.

During my mother’s pregnancy, she sensed that I had a disability. She said she could see it in her dreams.

In Colombia, back in 1991, if an unborn baby had a disability, the mother could abort. She chose not to. In fact, she did not even have an ultrasound.

After giving birth and seeing my disability, the doctors remarked, “Oh, what a pity,” but she cried with happiness. I was her first child, and she did not care that I was born without my forearm or left hand.

A psychologist at the hospital told her that if she didn’t want me because my arm was missing, she could leave me. To this day, she recounts the story with amazement.

Putting my disability on display

Once home, a horde of neighbors came to us. They pushed for the nurse and my mom’s friend to take me, undress me, and show me to all of them in front of my house.

Despite society’s reaction, my mother raised me like an average child. She did not hide my arm or deprive me of wearing short sleeves.

Since I was little, she taught me to tie my shoelaces and use tools.

My excess energy led me to soccer, a passion that I share with my dad. Almost by chance, sports became my life.

I studied physical education in college and graduated into the field.

My coach Aymer Castillo at the Universidad del Atlántico, who knew about my condition, encouraged me to pursue my dream.

I participated in the first Paralympic national championship in Medellín and achieved two silver medals in 100 meters and 200 meters in the T47 class.

The following year. I remained number one in both events, and in 2015, I aspired to go to the Parapan American Games in Toronto, Canada.

Despite having top results, I could not go. I had no backup from the government like so many other athletes, and I did not have the money to fly.

I assumed it was due to my lack of international experience.

Taking action to change reality for people with disabilities

From that moment on, I decided to help others and prevent what happened to me from happening to them.

I decided to study disabilities as a specialization in Germany. After that, I returned to competition in August 2017, trained until March 2018, and heard again that there were no resources.

I finished that year in the number one spot in Columbia for my sport. There was no technical reason for the government not to support me.

This time, I asked what was happening, and the government told me the rejection was due to an error. They said I had to wait for a new resolution.

When the resolution finally came out, nothing changed. Nobody listened to me. My plight didn’t matter, not even to the media.

Over 24 months, since 2019, I only participated in one competition. It was the Para National Games, and I achieved a bronze medal in the 100 meters with 11.57 seconds.

I love being an athlete, but I have no support. Very few athletes can exclusively dedicate themselves to training and live without that support. Today, I – and others – must quit.

Some of us become invisible. It is not easy to live with a disability. Paralympic athletes want to live with dignity. There is much to do to remedy this situation.

I like to highlight the important role of the physical education teacher and how they should be trained for the care and movement of the sector.

I am in charge of selecting talent in conventional athletics in Barranquilla, Colombia, and I am a methodologist for paralympic athletes.

We support both those who have the disability and their families, who often do not have adequate information.

We must attract young people through calls and then, have to call back those who have been severed from their projects.

Although I cannot accept all the new talent, those individuals can be visible and active in other ways, giving them a better quality of life. 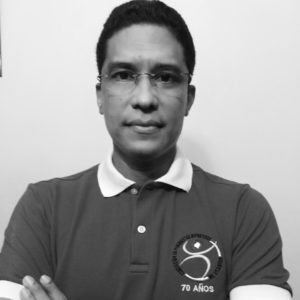 Nilson Romo Mendoza is a journalist with 24 years of experience in the media in Barranquilla, Colombia. His chronicles and reports aim to show the realities of society through a portrait of his characters.