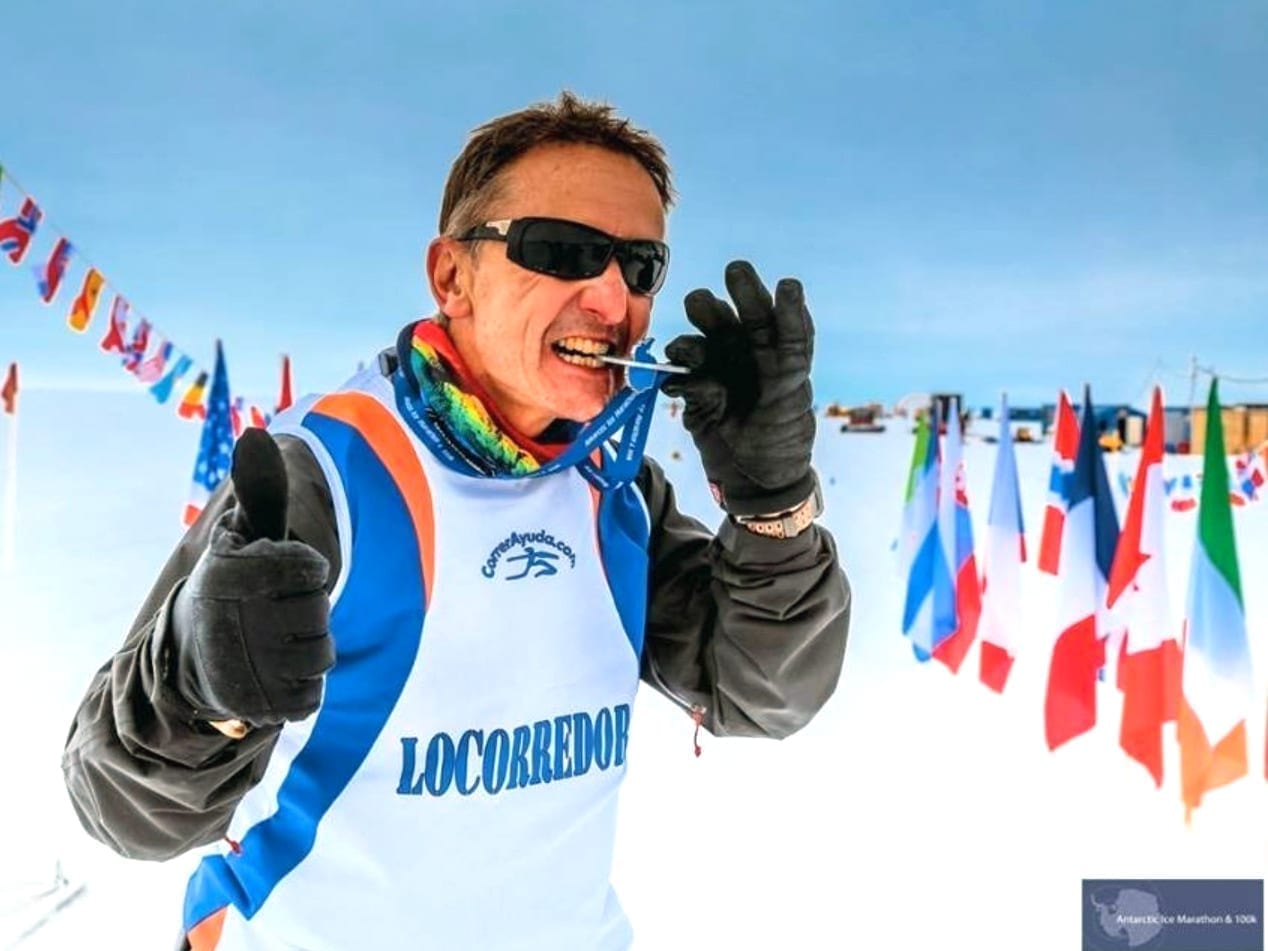 Two weeks before his 50th birthday, Cristian Gorbea fell off a cliff at night. This is the story of his survival. 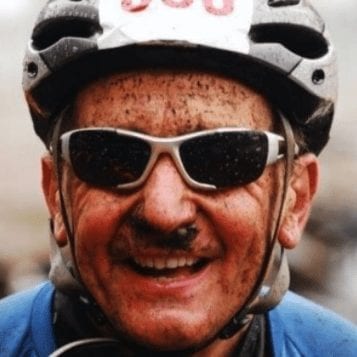 First-person source
Cristián Gobea is an Argentine ultra-marathoner. He graduated in Psychology from the University of Buenos Aires (UBA) and currently works for a company dedicated to training in work environments and business simulation.

The truth is, I don’t remember exactly what happened when I fell 25 meters off a cliff.

What I remember is that, suddenly, I was completely in the dark. I quickly realized that my flashlight had lost its batteries. I was in a crouched position and felt like if I was sitting on a narrow surface. Behind me I touched the wall of the mountain and my legs dangled in emptiness.

I only perceived the presence of a tobacco tree. I was certain that I was in a difficult place.

My name is Cristián Gorbea, and I no longer know how many times I have told the story of when I survived for 42 hours in a ravine on the Champaquí hill, Córdoba Province, Argentina.

Many journalists asked me about this experience. I have a published book and I even gave a TED Talk narrating that fact. But I have to say that I like to tell this story over and over again.

I enjoy seeing how people rediscover the story together with me every time I tell it.

When I decided to start running, more than 10 years ago, I did so to improve my weight and end my boredom.

I was not happy with my life, although it can be said that it was a “perfect” life. I had a beautiful family and a good job as a human resources manager at a bank. All my needs were covered, but something was missing in my life.

I soon discovered that this “something” was the adrenaline and adventure that running, especially in marathons, embodied. I really started to enjoy it, not only because of the competition itself, but because on many occasions these marathons included routes through nature.

The morning was nice and beautiful — perfect for running.

I love San Javier. It has an old and adorable English style where you breathe an indescribable peace. That contrasts sharply with the atmosphere of my home in cosmopolitan Buenos Aires, the capital of Argentina.

That day I felt physically fit, but little emotion circulated in my mind and body. On Sept. 26, I was going to turn 50. I had no intention of celebrating. At least that’s what I said to my wife, Claudia, when she asked me about it. I felt that my life needed a change.

That’s why I didn’t think twice when friends invited me to participate in an ultra mountain-marathon that started from the main square of San Javier. It was the first time that I participated in an event like this. The 80-kilometer route wound through Champaquí hill. This elevation, the highest in Córdoba, is renowned by hikers and runners because it preserves much of Argentina’s unspoiled nature.

Little by little, event participants poured into the town square. I felt a common atmosphere of encouragement, joy, and expectation fuel the activities.

Then the clock struck noon. It was time to run.

The first hours of the race passed as one would anticipate. We ran through dirt roads that climbed towards the Champaquí. I was running with other participants who found a similar rhythm.

Along the way, there were checkpoints that we had to hit. The day grew into a dark and moonless night. I turned on my helmet-mounted flashlight. I felt good. I felt strong.

We continued ascending to the summit. The cold had enveloped the deep night of the forest. At 10:30 p.m., we arrived at the Champaquí summit checkpoint. I felt refreshed when I found out that I was in the top 32 runners.

That is the point that my journey took a turn. I don’t know why, but I started running alone.

Without seeing where I was starting to head, I didn’t realize that I lost the trail and started running the wrong way.

Suddenly, I entered a tobacco forest. Seeing myself surrounded by trees, I realized that the situation was out of control. It had been a while since I had seen a road. Tiredness, worry, and a fear of losing my path prevented me from processing my options. So, I kept going.

Several minutes later, I came across a stream.

“This must take me back to people, to someone,” I thought.

That was the worst decision I made that night.

I followed the riverbank, and the floor in front of me disappeared.

I erased that moment from my memory. People like to ask me what I thought or felt while I fell. The truth is that I didn’t have time to think. It felt like I was falling down a slide, and the next thing I remember is being trapped with no way out.

The present moment is inevitable

After taking inventory and trying to understand where I was, I fell into a state of deep anger towards myself, the competition organizers, and the world in general.

All of my mistakes that night rushed into my mind.

“Why did I take that path? Why didn’t I stop? How did I not realize?” I asked myself these questions several times.

I was in that rugged state of mind when, suddenly, I heard it loud and clear.

“The present moment is inevitable.”

Although I don’t subscribe to any specific belief systems, I am a man of faith. And that phrase produced a complete change in perspective. I entered survival mode.

Despite feeling my legs dangling in the void, I was sure that, at dawn, I would find a way to return to San Javier.

It was past midnight when I became ready to stay there. I knew trying to get out could be tricky. I had a survival blanket with me. I took it out covered myself. The temperature dipped below 10° C. I expected a cold night.

From that night, the first of two that I spent there, I only remember that I did not sleep. When I felt tiredness overcome me, I would startle and wake up again. It was the longest night of my life.

The sun embraced the treetops. With its arrival, I discovered something terrifying: I was on a ledge 100 meters high and had no way of getting up or down on my own.

At that moment, I realized that I was on the only vertical ledge of the ravine. It was a death cliff.

If I had fallen another meter to the right or left, I would now be dead. I also concluded that the only thing that prevented me from falling was a tobacco tree on the ledge.

At first, I was in shock. But soon I began to see the positive side: I was alive. I had some food and I had water thanks to the stream. I also had a whistle and my survival blanket.

I tried climbing for a long time. It was quite difficult, not only because of the vertical plane, but also because of the presence of moss caused by the humidity of the water. In the end, I was afraid of falling off the ledge, so I scrapped the idea. There was no way out.

Some people want me to tell them about the experience minute by minute. But the truth is, the whole day was repetitive. I tried to have a routine. Every 15 minutes, I went to the stream of water to sound the whistle and yell. Then, I listened for a response. The only answer I got was the luminous and gurgling silence of the Champaquí.

I was in an ambivalent mood. At times I thought that everything would be fine, but then pessimism invaded me. I was thinking of my family and everything I had left behind. I was calculating the moment when they realized my absence and the time when the rescue would begin.

“At 12 noon, the race ends. Four hours later, the awards are handed out,” I thought.

I knew my wife would be concerned, and I was confident that the organization would initiate the search. It was not far from the truth. My colleagues, Claudia, several locals, and the San Javier firefighters were searching for me.

In that repetitive loop, it got dark again. It was a bit maddening because I knew the temperature would drop back to 5-6 ° C. The only thing I could do was snuggle up under my blanket and stay calm. Somehow, I managed to sleep that night. It wasn’t much, but I guess the tiredness defeated me.

I went back to the routine of using the whistle, shouting, and drinking water. Only, something caught my attention. Several birds flew right above me. These birds, a cousin of vultures, are common in the Champaquí area.

Although many could interpret their appearance as a bad omen, in reality, they represented the beginning of my rescue.

I later discovered that a local saw them and thought to investigate the area. He sent two men and a dog.

I was filled with hope as I heard helicopters fly over the area. I knew they were looking for me, but it was impossible to see me on my perch.

I yelled and whistled as loud as I could. Although the men looking for me did not hear my calls, the dog that accompanied them did.

Thanks to the efforts of the locals, the firefighters and the dog, I left that cliff.

Out of that experience came a strong sense of brotherhood among all those who helped bring me off the shelf.

For me, I feel reborn. Now I have two anniversaries: the day I arrived in this world and the day they took me out of Champaquí unscathed.

I left there full of desires to live and enjoy with my family. If you recall, I had no intention of celebrating my 50th birthday. Well, 12 days later, I had an extraordinary party with the people I love.

Cristián Gorbea’s active life as an athlete led him to be the first Argentine to travel the 100 kilometers of the Antarctic Ice Marathon under extreme conditions. He has participated in several competitions of different distances (5K, 10K, 42K) and modalities such as triathlons, ultramarathons, Ironman, expeditions, etc.

Thanks to these experiences, Gorbea has published two books. “Bipolar, Correr bajo cero” inspired by his experience in Antarctica and “Un sendero equivocado” in which he narrates what he lived in Champaquí. 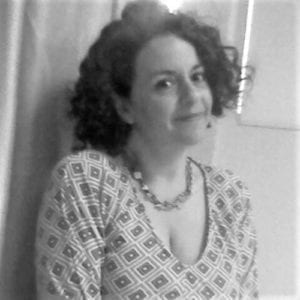 Luisa Panagua is a Venezuelan journalist. During her journalistic career, she has always covered the political, economic, and social sources in her country. Her interest is to reveal the deficiencies, difficulties, and struggles of ordinary people and how government policies impact on the daily lives of citizens.