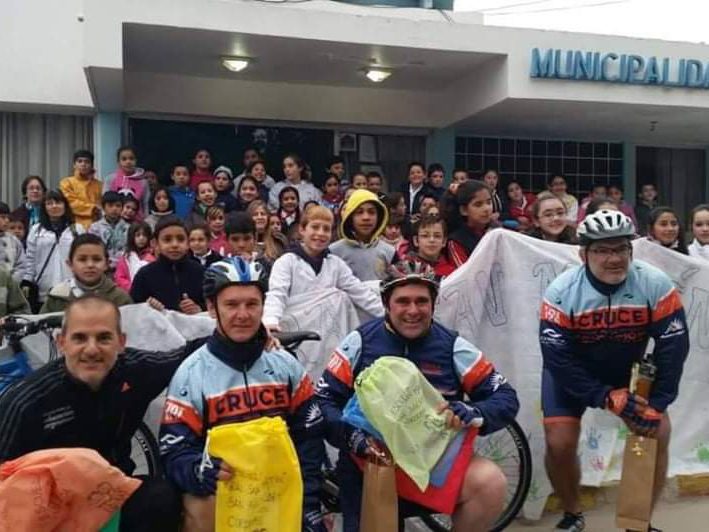 When we ride up, the children do not see five overweight people arriving on bicycles; they see the simplicity of our mission. Their eyes light up—they are fascinated by their dreams and excited to share them. 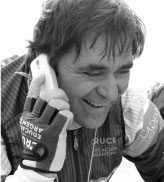 Interview Subject
Juanjo Vargas, 52, is one of the founders of El Cruce por la Educación Argentina. In addition to being the father of five children, he is an international speaker, former professional rugby player and the founder of several companies.

The five riders bike throughout the country and collect letters from students across Argentina, asking them “What would you like to be when you grow up?” and “What Argentina do you dream of if you were president?” They then transport the letters to a final destination, symbolizing that with hard work and education, anything is possible.

In the six trips over different parts of Argentina completed since 2011, El Cruce has received 210,000 letters and covered 10,600 kilometers by bicycle.

SAN JUAN, Argentina—El Cruce por la Educación Argentina (Crossing for Argentine Education) was born in 2011. Despite a five-year pause, we’re proud to be back cycling and spreading dreams 10 years later.

One night, we were considering cycling to San Juan when suddenly, someone robbed one of our friends. Our friend left because his family was waiting, while we, dismayed at what had happened, stayed behind. We asked ourselves: what should we do to stop this kind of behavior? We concluded that there is a need for an increase in education.

A child with no exposure to theft will not follow that as an example; he will not steal. We realized that education is the door to a better life. The next day, we began our work.

We did not know the impact it could have. Many friends told us that it was silly, but we ignored them. We went to the first round of schools, and the children told us their stories; they all shared their ideas and dreams of who they wanted to become when they grew up. All of that could only be possible through education.

It has been a journey full of emotions, hugs, and beautiful experiences. Some teachers put up banners to welcome us, and parents flock to the school to see how the children deliver their dreams. When we leave a school, parents and children with Argentine flags follow us in a caravan of cars for about 3 or 4 kilometers (roughly 2 miles).

Sometimes, a child appears and says that you are their hero, that someone finally asked him what he wanted to be when he grew up.

There is not one story or child that has impressed itself on us; there have been many. We met with some kids in college who had finished high school in 2011. Even after a decade, those boys were waiting for us with the same enthusiasm as ten years ago. That was exciting.

We were shocked when we went to a small town where the school was like a shrine. There were eight students and a woman who fed them. We saw hope and a wonderful educational system—not because of the system itself, but because of the teacher’s commitment and the support she gave the children. It was a completely different feel from the large schools in big cities.

In 2013, we spent the night in Los Gigantes, in Córdoba, at a school with strict teachers. When it was time for breakfast, a teacher said, “sit here facing in that direction.”

We looked out of the window toward a mountain; suddenly, tiny white dots began to appear in different places. They were children heading towards the school—some on mules, others on horseback, others on foot. They came to live in the school for the week because it also serves as a shelter, completely for free.

The Argentine educational system is magnificent because it delivers. After all, it wouldn’t be possible if everyone had to pay. Children find what they need there—food, support, and education.

Changes and challenges throughout the years

As the years have gone by, we’ve faced different obstacles in our quest to keep El Cruce running.

The members all still have considerable family and professional responsibilities, and running the organization requires additional expenses from us all. We walk a tightrope in order to do it all.

We took a five-year break because I became very ill with pneumonia. The doctors gave me three months to live; so, a few years ago, I called my children, put my affairs in order, and said goodbye. However, here I am. We were happy to revive El Cruce in 2021.

Learning from the children

When we ride up, the children do not see five overweight people arriving on bicycles; they see the simplicity of our mission.

Their eyes light up—they are fascinated by their dreams and excited to share them. It is beautiful to witness that purity that children have of expressing their emotions without prejudice. They improve us all with their genuineness.

Adults make problems seem huge, but children have a simple way of looking into things. They teach us that life can be simple.

A child has two great pillars for which he dreams.

The other is the “circle of destiny,” where a child witnesses something and learns from what he sees. He possibly ends up emulating that same thing he sees every day.

“El Cruce” is about those pillars–opening doors through education and showing them that positive dreams can become a reality. 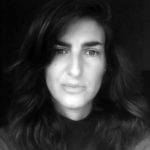