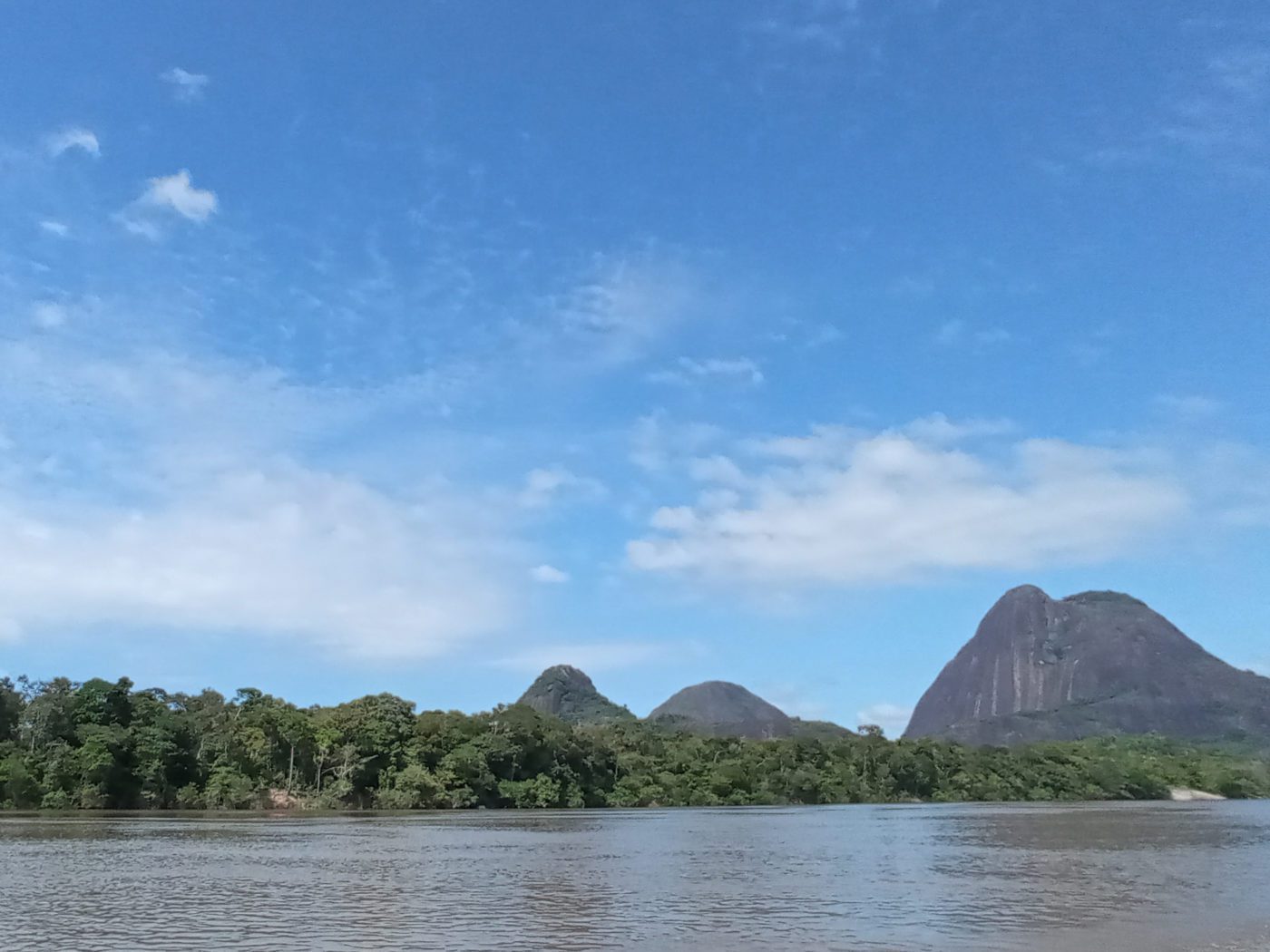 When I made the decision to stay on this land, I did so with the conviction that it would only be with the mission and purpose of being a bridge between travelers and the indigenous communities of this territory. 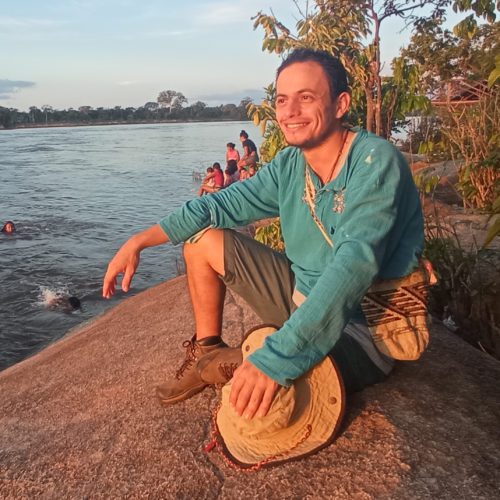 Interview Subject
Nicolás Latorre Rodríguez, 29, is a native of Bogotá. For more than nine years he has lived in Inírida, the capital of the department of Guainía, and since 2018 he has led an ecotourism project in this region: Nofako.

He is a lover of orchids and considers plants to be his great advisers or teachers; when he has a problem he wonders how they solve their deficiencies and how they adapt. Nicolás continues to explore new routes in this region of Colombia in order to welcome those who feel the call of “the land of many waters.”
Background Information
Guainía is a department of Colombia, rich in biodiversity, home to the famous Hills of Mavicure and inhabited almost solely by indigenous communities, including the Curripacos, Puinaves, and Cubeo.

In the indigenous language, Guainía translates “land of many waters.” The best example of this definition is the Inírida Fluvial Star (sometimes called the Humboldt Fluvial Star), whose epicenter is made up of the network of water bodies of the Atabapo, Guaviare and Inírida rivers. These come together to form the Orinoquía and Amazon basin ecosystems.

INÍRIDA, Colombia—At 19 years old, I was searching for my next step.

I grew up in Bogotá and had studied music at a university there, but I had to leave because of finances. I decided to backpack through Colombia after that, resulting in the theft of most of my belongings. With just the clothes on my back, I returned to Bogotá, but not for long.

My parents gave me the air ticket to come to the Guainía region for the first time, and there began my process of leaving behind many things, things that did not fill me, that did not allow me to be happy.

I ended up in Guainía because of a great uncle who was a vaccinator in the hospital. He traveled alone through isolated communities to vaccinate people. They still remember him. There are even remote places in this territory that I have come to and when they ask me who I am, I answer that I am Misael Mora’s nephew and that has opened many doors for me.

Though my uncle got sick and had to go live in Meta in eastern Colombia, he also lived in Vichada, in the middle of the neighboring Orinoquía region. These lands have that power and that magic to trap people.

When I arrived in Inírida for the first time, residents often told me I was going to stay. The truth was, I was looking for independence; I already had left my parents’ house and the place I grew up, and I did not want to stay in this city either. However, when I found this place, it seemed to me that I was living a dream, it was a kind of déjà vu.

Here, they use a term that is associated with being in love, with feeling marveled and attracted: “push.” It’s probably a word in some indigenous language, I don’t know, but what I do know is that this place “pushed” me. I was attracted by the essence of the Amazon, by the history of the ancient peoples who have inhabited this place, by the incredible aromas from the multitude of flowers and plants.

Sometimes I miss the Andes mountains of my hometown, but I never ceased to be amazed by this place that I now consider my home. Getting to know this jungle, all this immensity, has been the trip of my life.

What struck me the most the first time I came was that I found places that I had dreamed of. At that time I drew a lot, especially abstract things, and I wondered about the limit of what nature could create. She herself showed me just what was possible.

‘Nofako’ is born, but stalls due to funding

Before starting this project, I felt that my passion was music, the arts—certainly not tourism. I even worked as a musician and also doing workshops with local communities for the Ministry of Education. That allowed me to get to know many places in Guainía, as well as their social and environmental contexts. When I was not working as an instructor, I was a craftsman, making dream catchers that paid me months of rent.

I started exploring various places with friends, I organized everything for them: transportation, food, logistics. Then, I did it without charge, for the pleasure of walking and traveling.

In 2012, I made the first trip to the hills of Mavicure; I’ve made that trip more than 30 times since. It is a magical and powerful place.

My ecotourism proposal, Nofako, which means “I am a river of dark waters,” was born in 2018 with the initial idea of ​​setting up a hostel. With a friend, we presented the proposal and won some entrepreneurship courses and some funding from the Ministry of Science and Technology of Colombia.

We already had everything ready to start the hostel venture, but the governor at that time stole that money and ended up in jail while we ended up with no resources to get the project going. They did teach me how to build out the proposal, though, and the project and ideas were ready to go.

Building an ecotourism dream from butterflies and flowers

I no longer had the resources for the hostel, but I did have a friend who wanted to set up a butterfly farm. I suggested that we do it together and also include the theme of orchids. We adapted a small lot I owned and started holding environmental education workshops. However, in March 2020 the COVID-19 pandemic arrived in Colombia, and we had to suspend everything.

All was not lost. That year, we worked and improved our land. We also began to rescue orchids and bromeliads from deforested areas, and this ex-situ conservation led us to consider the idea of ​​expanding our venture. Due to the lot’s small size, we began exploring new paths and different routes, which led us to travel forgotten ancestral paths. We want to retake them within the proposals of the ecotourism routes that I promote through Nofako.

Our dream is to be able to bring development to the local communities through tourism—that they are the main beneficiaries. It has not been easy, and other significant problems—deforestation for the benefit of livestock, as well as logging and burning—also threaten the area.

A lot of jungle has fallen in the ancestral territory, and surrounding Inírida, many lots with cattle exist that were previously mountains, jungle, forest. Knowing this is also part of the experience of visiting this region.

Before starting this Nofako project, operating a eco-tourism business never crossed my mind. But when I made the decision to stay on this land, I did so with the conviction that it would only be with the mission and purpose of being a bridge between travelers and the indigenous communities of this territory.