A makeshift boat used by the divers to help them search for coins, rests on the riverside against the backdrop of a foam covered river Yamuna. 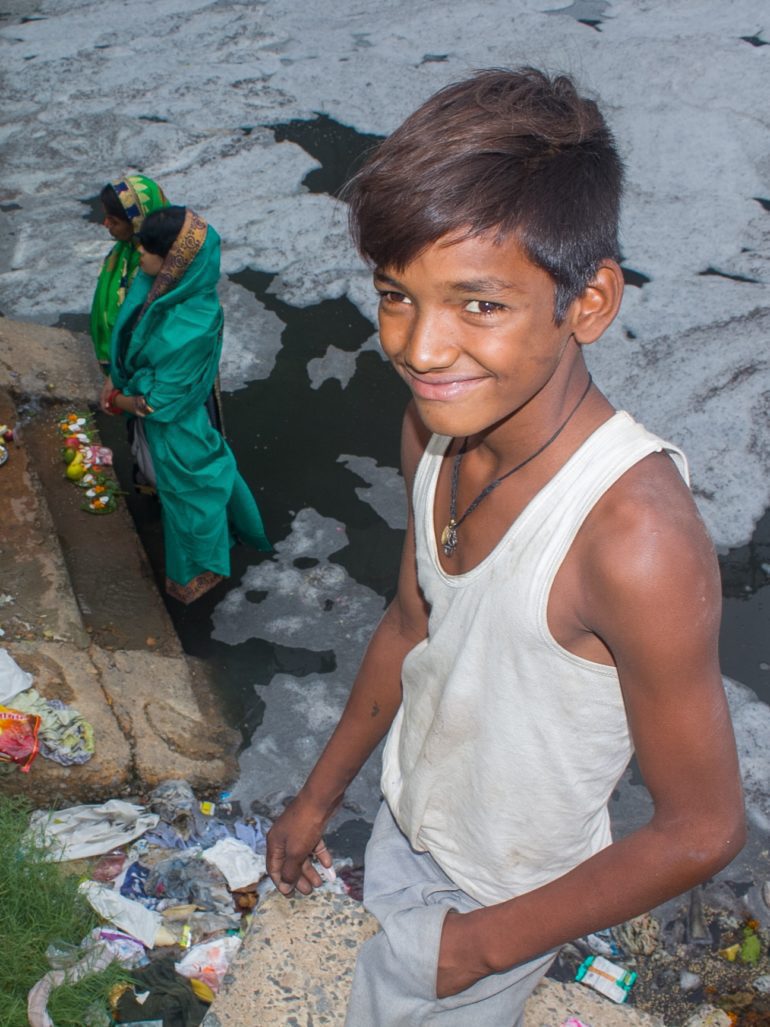 A boy poses for a picture while he waits for the procession to end. 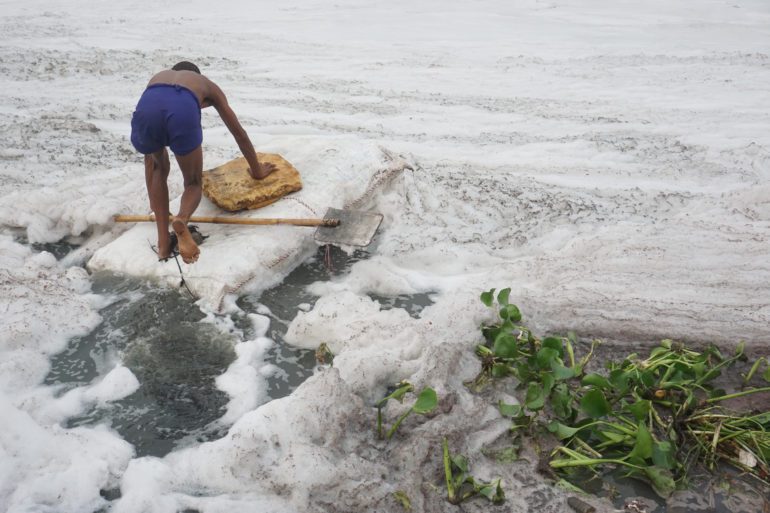 Laal Mann-the eldest diver takes his turn to go in search of coins inside the foam covered river Yamuna. 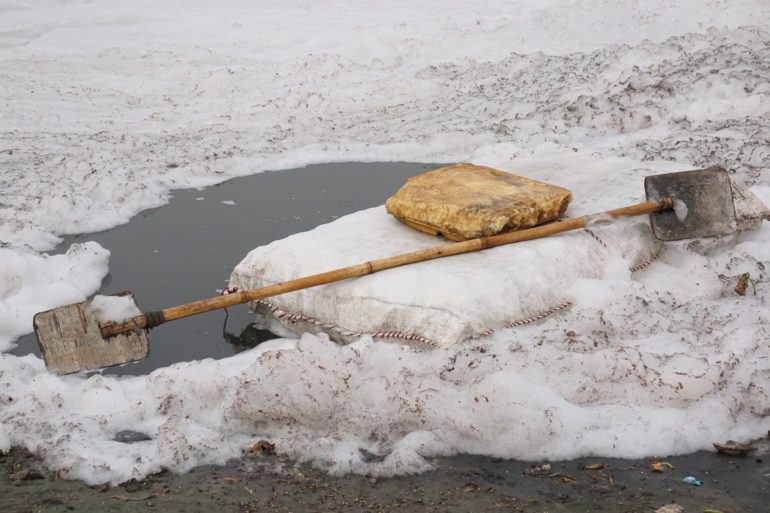 A makeshift boat, prepared by the divers to aid them in looking for coins inside the foam covered river Yamuna.

Laal Mann, a diver at ITO Chath Ghat washes his feet after searching for coins in river Yamuna. 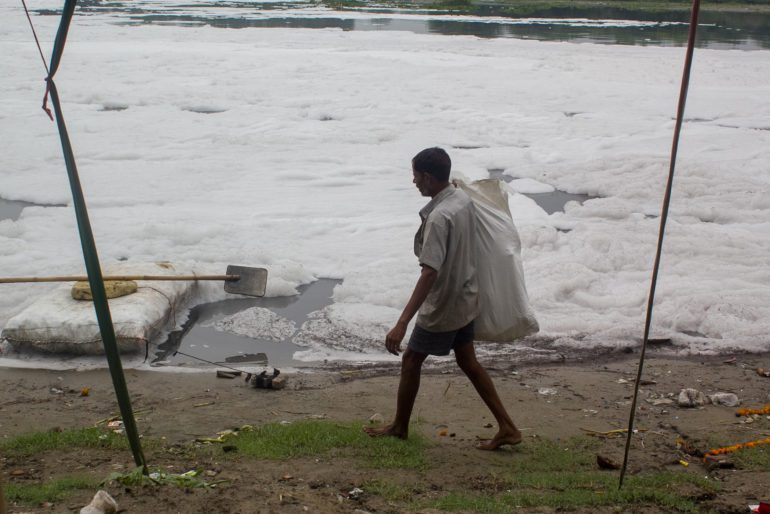 Laal Mann carrying a bag of paraphernalia given by a devotee after performing religious rites. He makes some money by immersing remains from religious rites in river Yamuna. 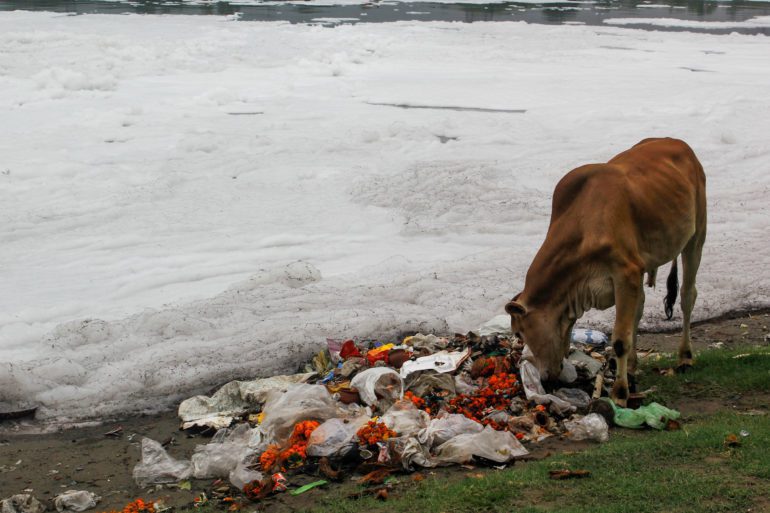 A cow looks for food in leftover material from several religious rites by the riverside. 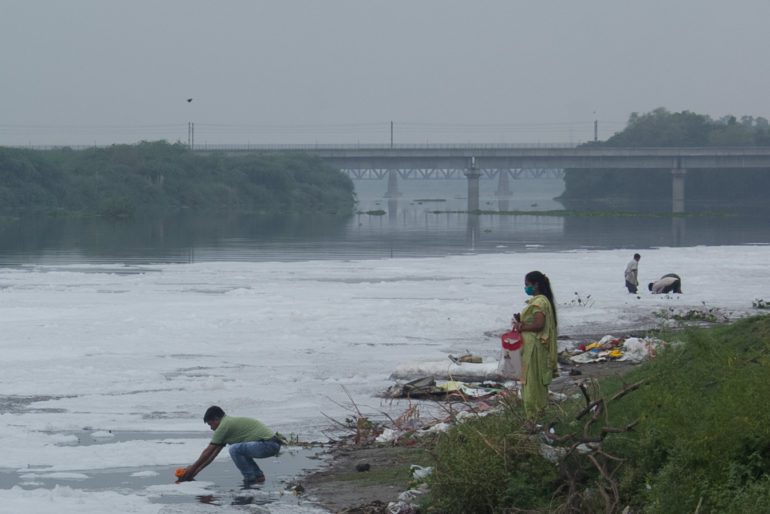 The brothers take turns and dive into the deep waters of the toxic foam-covered Yamuna to find coins that people throw from the bridge, in the hope that their prayers will be answered.

NEW DELHI, India — “I will spend all of my remaining life by Mother Yamuna, even if I or my children get rich. I have lived here and shall die in service of Mother Yamuna”, says Laal Mann. Mann is the eldest of his siblings. He and his two brothers – Mohammad Zakir and Rashid Ahmed – make a living by collecting coins from the riverbed of Yamuna, even after pollution has taken over the river.

The Yamuna, a religiously important river in India, is also one of the most polluted rivers in the world. It is a source of domestic water for millions of households and yet, its current state is worrisome.

The brothers take turns and dive into the deep waters of the toxic foam-covered Yamuna to find coins that people throw from the bridge, in the hope that their prayers will be answered. Zakir claims they earn up to 250 Rupees per day from this practice. That equates to 7,750 Rupees per month which feeds the family of five. That figure does not cover the family’s needs, even if it remained consistent, which is rarely the case.

Divers of polluted Yamuna river emphasize the need to be recognized

The brothers also make money at times retrieving paraphernalia from religious rites. The average earning from this practice is about 100 Rupees. The third source of income is pulling out bodies or survivors from the river. As they claim, the bodies mostly include people who attempted suicide. For this, the individual’s family remunerates the divers.

The brothers followed in their father’s footsteps and have been working the river all their lives. No one from the government recognizes them. According to Zakir, if they could obtain licenses for the work they do, it could provide needed relief. Apart from ensuring a constant source of income, most importantly, it would mean they earn greater respect. Unfortunately, the paperwork for their licenses remains unaddressed. Considering how the local police call them to help with extracting dead bodies from the river, the authorities know about their work. Yet, the brothers claim the authorities turn a blind eye to their plight and pleas.

All photographs by Saurav Kumar Mishra 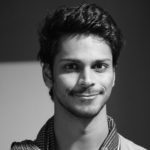 Saurav Kumar Mishra is a storyteller based out of New Delhi, India. He chooses to use photography as his medium to tell stories. Currently, he is working on highlighting social issues that require public attention for aid to begin.