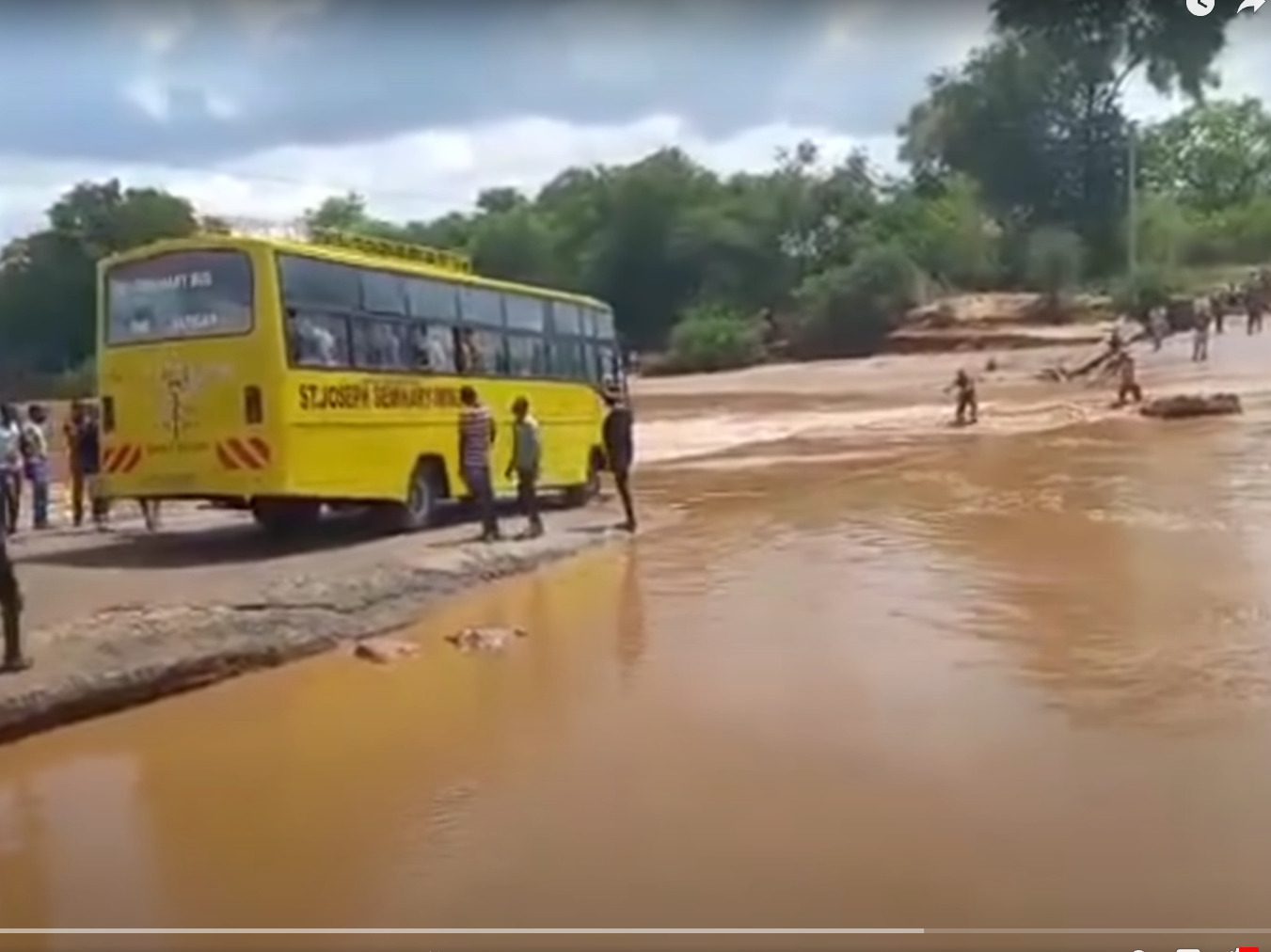 Seconds before the bus tipped into the flooded Enziu River. So far, the death toll is at 33, including several children. | Screenshot courtesy of "Mwingi Bus Accident Today Full Video" on Youtube

Within a minute, I felt the bus sliding toward the left and almost instantly, it overturned completely into the river. Screams filled the air, with many calling the name of Jesus Christ to save us. 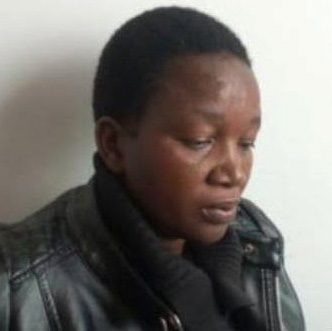 Interview Subject
Regina Kimwele is one of only 12 survivors of the Dec. 4 bus accident at the Enziu River in Kitui County, Kenya.

She is an active member of the Mwingi Catholic Church as well as a member of the church’s choir, which lost over 20 members in the accident.
Background Information
On Dec. 4, 2021, a bus carrying over 50 people overturned while trying to cross the flooded Enziu River on the way to a wedding/vow renewal celebration.

The total dead so far is 33, including several children. There were 12 survivors.

Mwingi is one of the most dry parts in Kenya but has recently experienced heavy rainfall resulting in the flooding.

KITUI COUNTY, Kenya—I escaped death earlier this month when a bus I was riding in overturned in a flooded river. Thirty-three others weren’t so lucky.

A flooded river and a dangerous choice

When we left, the weather was calm though it had rained the previous day. The first 1.5 hours of our ride were uneventful, but when we arrived at the Enziu River around 11:30 a.m., we found it had flooded and burst its banks. The bridge had fully flooded too. This forced us to stop, hoping the water levels would decrease.

That much rain is rare in Kitui County, and locals had turned out to gawk at the spectacle. We alighted from the bus and started singing and interacting with the locals and the other stranded people waiting to cross. As two hours passed, two large trucks managed to successfully pass through, as did a car from the opposite direction. Because of this, we thought the water levels and the intensity of the river had decreased.

Most of the passengers asked the bus driver to try and cross the bridge, as patience and time for us to make it to the wedding was running out. The driver hesitated, saying he wasn’t familiar with the road, but gave in and asked more people to board the bus in order to add weight. He said this would help avoid the bus being swept away.

Our original group was about two dozen, but around 30 people who also wanted to cross the flooded bridge boarded the bus to make the trip.

When we re-boarded, I sat on in the back seat of the bus.

People screamed for help as the waters rose

Everything happened so fast once we started moving. I can barely explain it.

Within a minute, I felt the bus sliding toward the left and almost instantly, it overturned completely into the river. Screams filled the air, with many calling the name of Jesus Christ to save us. Water immediately rushed in on the side that had submerged in the river, and the passengers on that side were already fighting for their lives.

I stood on the seat but realized the water levels were rising inside the bus too quickly to stay safe. Using my legs, I knocked out the window glass as my hands grasped the seat. I came out falling into the rushing, freezing cold water of the flooded river. I can’t swim, and terror filled my mind.

Somehow I was able to grasp a metal rod on the bus which helped me hold on without sinking. I struggled to keep my head above water. Some locals who could swim and were trying to rescue us pulled me out of the water, and I was able to stand on top of the bus. However, I could feel it sinking to the bottom of the river.

After a minute, the swimmers told me that they couldn’t help where I was and asked me to get back into the water so that the approaching rescue team could save me. I was reluctant, but they insisted that it was the only option to survive. I relented and jumped in, and the rescue team arrived within seconds and pulled me to shore.

Rescued but in mourning

My rescuers carried me onshore and put me in an ambulance. I didn’t feel ill or injured despite my ordeal—confusion and fear clawed at me instead.

The ambulance carried me to the hospital where tests confirmed I was physically healthy and unharmed. There, I sat in shock watching the breaking news coverage of the tragedy. Hours later, someone informed me that my boss—the son of the wedding couple, who I was accompanying on the trip—had survived but his wife and two children perished in the accident. The news shook me and hurt my heart; I spent the evening crying until doctors administered sleeping pills.

This terrible experience will always live in my mind. I thanked God and will always do so—I feel so blessed for this second chance at life and lucky to have escaped. However, the loss of so many friends remains painful and traumatizing. I am so sad when I think of those who did not survive. I pray for my departed brothers and sisters every day. 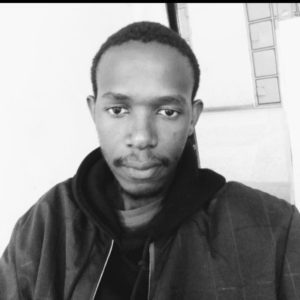