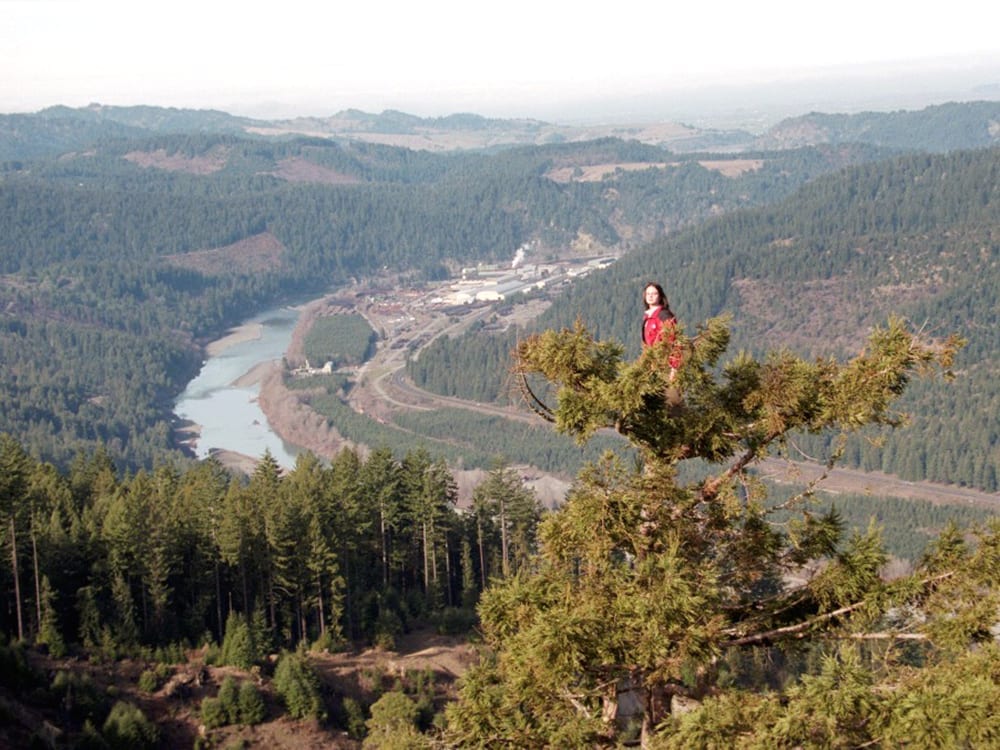 Hill perched atop her temporary home. Her view included nearby clear-cuts, and the Pacific Lumber Company in the distance.

Julia Butterfly Hill went to California on a "spiritual quest" but stayed for an environmental crusade. Since Dec. 7, 1997, she has been waging a battle against logging companies from the branches of an ancient redwood she calls Luna. 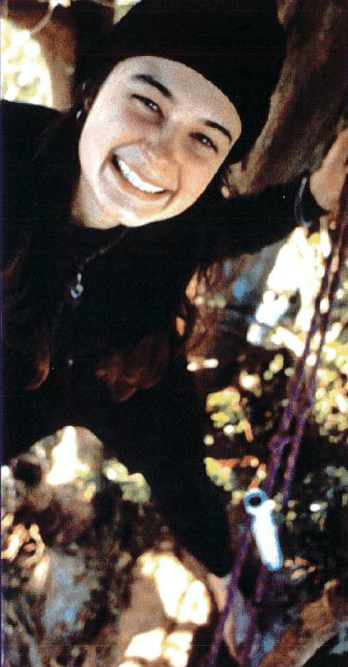 The 200,000-acre Headwaters Forest, near Eureka in northern California, is at the centre of a 12-year battle between loggers and environmentalists. At stake is the fate of the largest privately-owned stand of old-growth California redwoods in the U.S.

In 1986, after Charles Hurwitz (chairman of MAXXAM corporation) bought the forest, he announced logging plans. A broad coalition of environmental groups are arrayed against him. A three-way deal reached last year between the California and U.S governments and Hurwitz, which will see Headwaters’ oldest redwoods preserved in a park, hasn’t stopped the fighting.

This story was originally published in 1999.

A year later I left my home in Fayetteville, Arkansas, and headed west, following my spirit. I thought my journey would take me out of the country. But when I entered the majestic cathedral of the redwood forest in Grizzly Creek State Park in California, my spirit knew it had found what it was searching for. I dropped to my knees and began to cry because I was so overwhelmed by the wisdom, energy, and spirituality housed in these holiest of temples.

My wanderings then took me to the incredible Lost Coast of northern California where I spent a month hiking and absorbing the beauty. During one of my trips into Garberville for supplies, I met a volunteer from the Environmental Protection Information Center (EPIC) who told me about the destruction of the Headwaters Forest by logging companies.

I decided to do what I could to save these awe-inspiring forests one night, after praying to the universal spirit about the direction my life was meant to take. So I went back to Fayetteville and sold everything I owned, and I said my goodbyes to the closest friends I’ve ever had and came back out west determined to help.

On reaching Arcata, California I called EPIC to get directions to Action Camp in Stafford [California] only to be told, “Action Camp is closing, we don’t need you.” At a rally in Eureka a few hours later, I marched, chanted, and cried for the fallen ancient trees. Several people asked me what I was going to do. When I told them, their answers were almost all the same: “Action camp is closing; they really can’t use you.”

A beautiful, kind brother named Shakespeare overheard one of my conversations. He made sure I got to Action Camp. He told me if I was going to get plugged into what was happening, that was the best place for me to start. Over the next three days, I wandered around the camp trying to meet the right people. Sometimes I was completely shunned. The effectiveness and safety of activists often depend on small groups of trusted individuals who plan out the actions they’re going to take on behalf of the forests. They turn people away who want to help.

Then I met a man named Almond who was enlisting people to tree-sit in the Stafford giant, Luna. I volunteered, excited to at last be doing something.

Two days later, I hiked to the top of Stafford Ridge and climbed the 1,000-year-old redwood tree. I spent the next six days in her branches, learning to tree-sit.

When Luna came under attack by logging companies in early December 1997, Almond, Luna’s bottom liner [a person who acts as the “glue” of a tree-sit, coordinating people in the trees, food and media access], and I both decided to “hold down the fort” and tree-sit for a while. Two weeks turned into three and after that, I thought, “I’m so close to a month, I might as well stay.”

Life in the branches

I have now been “living and loving” on Luna for 18 months. It is not easy to be in the woods 24 hours a day, seven days a week, but I have gotten to the point where it is my life.

We are constantly in rain clouds up here. This is a rainforest. It’s wet and cold. The platform isn’t sealed. You have to keep food in buckets or the chipmunks, deer mice and northern flying squirrels will eat it. I lower my waste down in buckets. I do push-ups and sit-ups and climb Luna. It is like being isolated in a jail cell, but it’s not as hard as it used to be.

Dealing with the media is one of the biggest sacrifices I have had to make. I am on the cell phone constantly. I do eight to 10 interviews a day. They ebb and flow like the wind.

Luna and I have become one in a way I never thought possible.

I had no intention or desire to climb up to this platform to talk about me or to talk to the world about how I deal with my waste. It’s nobody’s damn business. My desire was to get the word out about what’s happening here. It’s not important how I eat or how I survive. But I began to understand that it was going to take me being willing to talk about these things to help people connect with me because they can’t always connect with the forest — which is why our forests are being destroyed. I plan on coming down when my ser­vice on the ground is more effective than my service in the trees.

Luna and I have become one in a way I never would’ve thought possible. We have stood together and survived loggers and the desperate sadness of watching the forest’s giant elders smash into the ground. It’s like watching your family being murdered.

We have been placed under siege by Pacific Lumber security. They cordoned Luna off with ropes for 10 days in an effort to cut off my supplies and starve me down. They blew airhorns through the night to cause sleep deprivation. Floodlights shone up into the tree and around it because they were trying to keep me from pulling off any kind of resupply, even at night.

On Day 8 of the siege, we pulled off a resupply anyway, thanks to 20 wonderful, committed, loving, joyous, caring people who risked arrest that day in order to help. A lot of them had bags in their hands, but only a couple of people had bags with supplies. We used a series of codes so I would know when to lower the rope and when to pull it up because I couldn’t see what was going on on the ground.

The security stayed on for two more days then the winter storms got so bad that they just left. We survived some of the worst recorded storms in California history — some of the people like myself do this work because we understand that it’s vital to the very survival of our species. It’s all connected and it’s all-important. Every species has its own right to survival.

With the love, unity, and support of some incredible individu­als, many of whom I’ve never even seen, our occupation of this hillside is now closing in on more than 550 days of open defiance. Luna and I, with the amazing efforts of this wonderful support team, stand together in defiance of the destructive practices of corporate greed and paid-off politicians.

Deliberate effort is made for all stories that have been translated from the journalist's and/or subject's native language into English or vice versa to ensure the utmost accuracy in context and meaning. 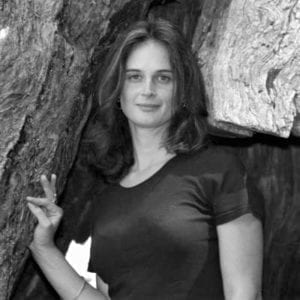 She is best known for having lived in a 180-foot (55 m)-tall, roughly 1500-year-old California redwood tree for 738 days between December 10, 1997, and December 18, 1999. Hill lived in the tree, affectionately known as Luna, to prevent Pacific Lumber Company loggers from cutting it down.

She is the author of the 2000 book The Legacy of Luna and co-author of One Makes the Difference.