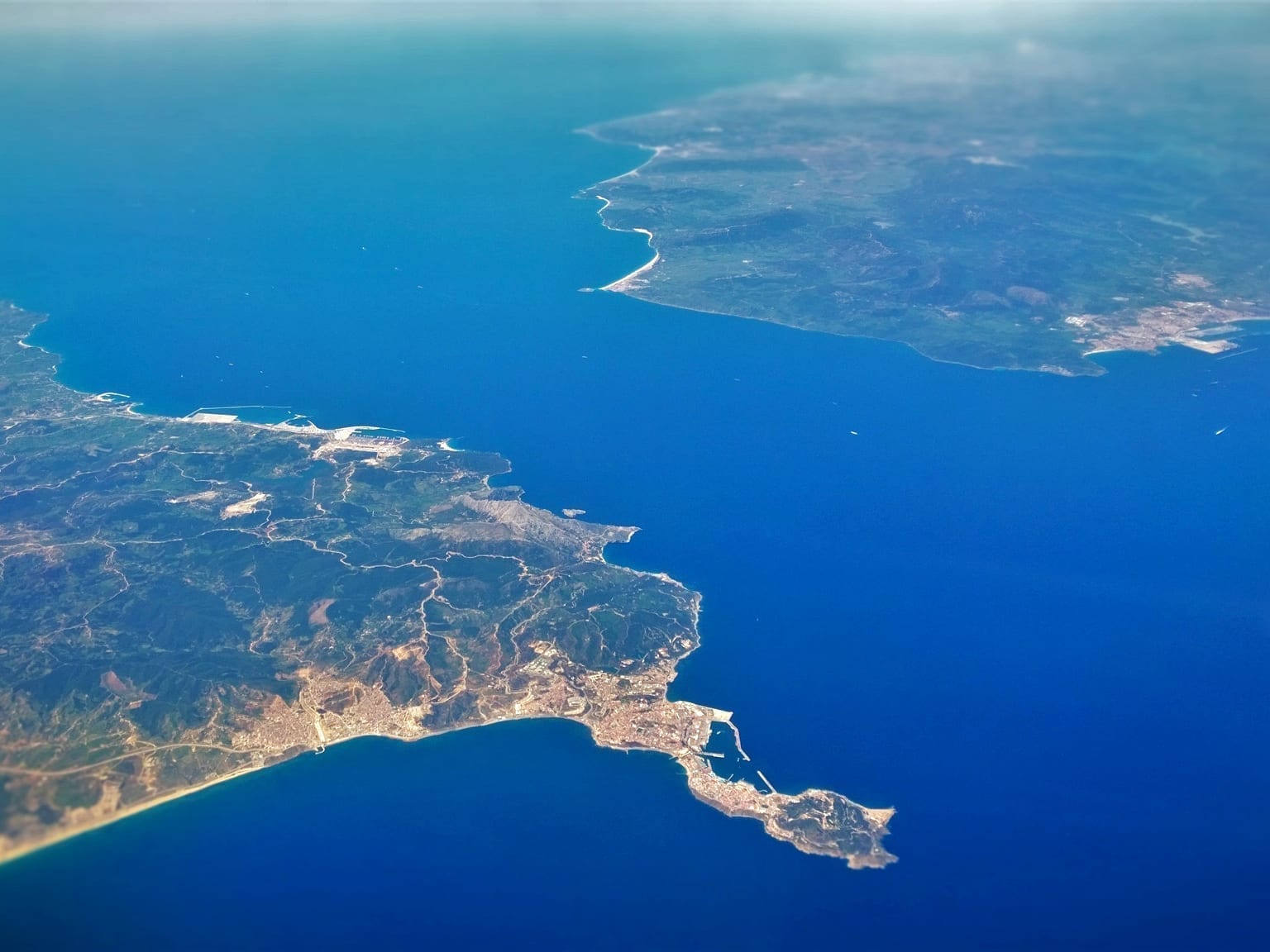 Morocco is separated from Spain by a 14 kilometer body of water known as the Strait of Gibraltar. Despite the relatively short distance, the Strait is known to be treacherous for the migrants who use it for passage from Africa to Europe. (Wikimedia Commons photo)

After the death of my mother and with only a few coins in my pocket, I set out alone from Ghana to Spain.

The interview subject crossed the Strait of Gibraltar and sought asylum in Spain three years ago after the death of his mother.

In 2019, 22,247 migrants arrived on the coasts of Spain after a long journey through the Mediterranean from the African continent.

It is estimated that about 7,000 people have perished in the Strait of Gibraltar in the last 20 years in their attempt to reach Europe. The Mediterranean Sea is on its way to becoming the largest cemetery in the world.

According to the United Nations High Commissioner for Refugees, approximately 38,977 people have sought asylum in Spain in 2020. The Strait of Gibraltar is the primary access point for migrants en route to Spain.

Men comprise 58.8 per cent of refugees in the Mediterranean, followed by 25.1 per cent children and 16.1 per cent women.

I felt the cold in my bones. My feet were soaked.

Water poured into our boat, crafted by our unskilled hands a mere 10 hours before. We tore our plastic water bottles open with our teeth and used them as makeshift buckets to drain the boat. Tensions grew as the hours passed.

Mist clouded the horizon. We were trapped. It was clear to me then: the boat, afloat somewhere in the Strait of Gibraltar, will sink.

I could only think of reaching Spain. But the cold water was becoming more and more unbearable. The sea was still very black — darker than I had ever seen before.

I looked to God and prayed that he would help me. It was not my time to die.

A tragedy that changed my life

Everything around me was going quite well. I lived with my mother and was in a secondary school in Ghana.

Then, in the blink of an eye, my world fell apart. My mother died. I was 18, poor, and unable to find work. Leaving Ghana seemed like the only choice I had.

Initially, I planned to seek asylum in Italy with the help of a friend that had already crossed the border into Europe. I hadn’t the slightest idea of the hardships I would bear.

Between buses and deserts

With only a few coins in my pocket, I set out alone.

Luckily, my friend put me in touch with some people along the journey.

I crossed from Ghana into Togo before arriving at the station in Porto-Novo, Benin, where a motorcycle waited for me. The next three weeks were spent doing housework to show appreciation for the family that had taken me in. But my true goal still lay ahead: I needed a contact who would take me further.

I managed to get to Algeria through the desert by car with a group of people. It was an old van stuffed full of things and no available seats. It was an old vehicle with an exposed engine and visible decay.

Fierce sandy winds whipped the car as we spent the next three days in the vehicle without food or water.

My time in Algeria was short. I entered Morocco on foot and spent hours alone between the cold mountains and hot dessert.

In my darkest hours on foot, my friend had managed to send money for food and water.

Again, I felt a few coins dropping in my pocket, which made my stay in the next towns less hard. I thought for a moment that money was no longer a problem. However, fatigue spoiled my appetite.

After three months in dire straits, I finally arrived at Tangier, Morocco.

Locals put me in touch with smugglers who were in the business of taking people to Spain. The theory was rather simple: I was expected to pay to be recorded on a list to depart.

All that was left was to wait. I didn’t know when, but I knew that Europe sat on my horizon.

I put aside what little money I had and stayed in the tents. People lived in filth, but they lived. We organized into groups to cook what little food we had — a handful of beans or rice and cheap nonperishable food.

A call in the night

One night, I was sleeping in my tent when, suddenly, I heard someone calling my name. In a sort of knee-jerk reaction, I followed the smuggler’s instructions and stood in a queue.

With some worn-out sneakers and little else, we began to leave the lights of the camp behind. The cold night covered us as we walked along the side of the road.

We were told to walk for three hours to reach a van with little room for 34 people, among whom were women and children. The rancid smell of unwashed people made it nearly impossible to breathe. After two endless hours, the van stopped, and we were ordered to get off and walk.

We made it to the shore where pieces of wood were scattered around. What the smugglers didn’t tell us is we had to build the boat on our own if we wanted to reach the shores of Europe.

The feeling of uncertainty, despair, and confusion was inenarrable. I had no idea what I was doing in that place, pushing a raft into the water in the dim of night.

Threat of the sea

Only the noise of the engine reverberated through the morning air.

Two skippers traveled with us. They remained in silence and followed a compass.

After a while, dawn broke, but the sea remained in front of us. At first, they told us that we would reach Spain in four or five hours. However, after six hours on the sea, we saw no sign of the coast.

Suddenly, our feet were wet. We were sinking.

About 10 hours had already passed and we still could not make out the land. It was getting dark again and our boat kept flooding.

As if by magic, we were surrounded by jumping dolphins. Many on the boat said they were directing us to Spain.

The waves crashed and waves splashed over the sides of the boat. No one dared to say a single word.

The raft was beginning to wobble and lose its stability. We had no choice but to sit and wait in the freezing water. We were all afraid of dying.

Suddenly, we saw a large white boat in the distance.

We tried to follow it, in spite of the waves that crashed against us. The unmistakable sound of a helicopter floated above. We looked at each other in disbelief.

We stood up again and shouted for help as loud as our strength allowed us. Our prayers were heard: a ship bearing the flag of Spain approached.

Only then did we realized we would survive.

We made landfall in Granada. From the port, we were led to the police station where we could have a shower and change clothes.

Our first 72 hours in Spain were at the station where we told a lawyer why we sought asylum in Spain. On the third day, we connected with an NGO in Madrid.

In Madrid, they took us to a house guarded by the Red Cross where social workers explained our rights as refugees. I stayed there for three months and began to learn Spanish.

I moved to Toledo, a city less than an hour away from Madrid, and spent six months in a foster home.

Unfortunately, my asylum application had been denied and the NGO was unable to continue helping me. Before leaving, I met a boy who invited me to accompany him to the church that he attended every Sunday. There, people from the church offered to help me learn Spanish and offered a place to stay.

Uncertainty now lies behind me, but I will never forget my country. I love Europe, but I sometimes feel as though I am not welcome.

As I begin my new life in Spain and work towards a career in economics, I can now reflect on my decision to cross the Strait.

When you arrive in Europe you have to start from scratch—no money, no recognized education. Your previous life seems to be worth nothing. If someone in Ghana asked me how to get into Europe as an immigrant, I would discourage them from setting off to Spain. 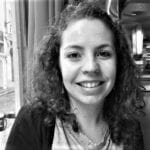