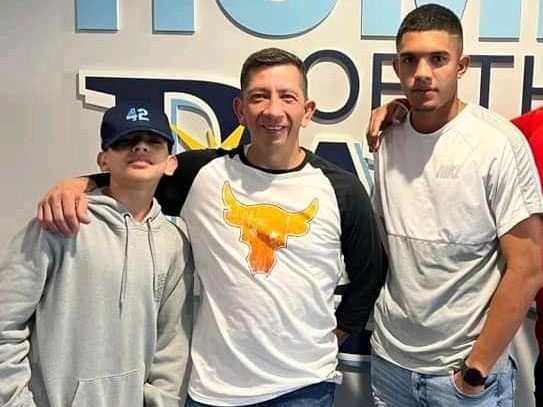 They dropped us 50 meters from them Mexican city of Rio Bravo on the U.S. border. We had to pass through the middle of a hacienda or plantation. We walked a few steps and my heart raced. We saw a barbed wire fence and jumped over it and into the river. Fear took over. My skin bristled and my hands continued sweating. Within two and a half minutes of crossing the border, the U.S. immigration authorities detained us. 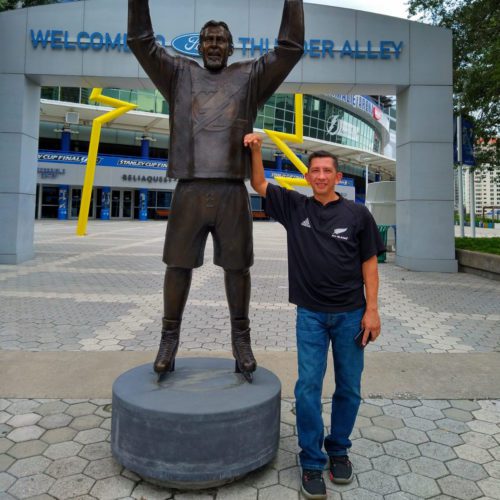 Interview Subject
Alvaro Bernardo Gómez is from Venezuela. Though he had a successful career in Venezuela, the dwindling economy affected his ability to work and achieve stability. He moved to Colombia in 2017 in search of better opportunities but found none. In 2021, he contracted coyotes to help he and his children cross into America from Mexico. After crossing into Texas, he was reunited with family there and has been in the U.S. for a year now. He has a job and is working on earning his papers.
Background Information
In April 2022, news outlets reported that “U.S. border authorities arrested 210,000 migrants attempting to cross the border with Mexico” during the month of March. It marks the “highest monthly total in two decades…” While most of the illegal immigrants came from traditional localities, it also included Ukrainian refugees. About half were immediately expelled.

According to the American Immigration Council, those who are not expelled may be subject to expedited removed, have a prior deportation order reinstated through the courts, and/ or end up in ICE detention. Roughly one in 10 are unaccompanied children and go to federal shelters.
The council goes on to say, “Rising numbers of people from countries other than Mexico, Guatemala, Honduras, or El Salvador have been permitted to seek asylum in the United States because Mexico will not allow the Biden administration to expel them back to Mexico.”

TEXAS, United States ꟷ My trip as an undocumented immigrant to America started in Medellín, Colombia, where I gathered the money necessary to negotiate with coyotes and cross the Mexican border.

A father in search of a better life, I could not leave my children behind. The coyotes quoted a price for each of us. I called a relative and we calculated the cost.

Following the direction of a man who would plan the journey, we outlined each step I would have to take before arriving at the Mexican border.

Today, a year after that journey, I have achieved the American dream.

Family of undocumented immigrants moves through Mexico toward America

As the journey approached, I thought of everything that could go wrong, Worried about not being prepared, I sweated constantly. There was no Plan B. I could not risk paying $7,000 and not crossing the border. I asked questions right up until the day came for my children and I to leave.

We planned to travel to Mexico City and from there, we would go to Monterrey, Mexico. The coyotes would usher us to the border. Imagining reaching my goal to enter America gave me goosebumps. I felt fear but started training my children for the border crossing. We even developed keywords to use in case of a problem.

I arrived in Monterrey and followed the instructions they gave me via WhatsApp. I received a description of someone who would retrieve us. Nervousness and fear consume me as I observed everything around me. I could not let anyone notice my anxiety.

A great deal of money and the well-being of my family were at stake. I wondered, “Will I arrive? Will I be arrested? Will they deport me for being an undocumented immigrant?” I felt thirsty and swallowed the saliva in my mouth as my hands continued sweating. I had to appear calm.

In the late hour of the night, chills came over me as I got into the car to take us to our first location. Other migrants waited for us at the spot where would leave for American territory.

We arrived at a somewhat comfortable house. In addition to the coyotes, seven illegal immigrants would begin the journey. Four other men joined my family. The clock marked 6:00 p.m. and they told us we would depart at 10:30. First, we had to deliver the total payment of $7,000 to the coyotes.

We got into a car and left a half hour early at 10:00 p.m. My hands were still sweating as hot flashes moved through my body and I shivered at the same time. Even though the air felt warm, goosebumps covered my skin as the sun disappeared. I was afraid of the dark.

We entered an area full of trees and vegetation. Everything looked beautiful. I told my children we would be fine, but I felt afraid. We would have to cross a river in the dark. I imagined animals swimming and the heavy current flowing. I would hold onto my children as hard as I could. “Help me, lord,” I thought.

They dropped us about 50 meters from the Mexican city Rio Bravo on the U.S. border. We had to pass through the middle of a hacienda or plantation. We walked a few steps and my heart raced. The seven of us looked at each other and continued forward. We saw a barbed wire fence and jumped over it and into the river.

Fear took over. I felt like crying. My skin bristled and my hands continued sweating. Within two and a half minutes of crossing the border, the U.S. Boder Patrol detained us. It was 11:00 p.m.

Standing in the United States, emotions leaped through me. I cried, felt joy, and considered the unknown of the days ahead. The authorities took away what little we had and delivered us to a shelter in Texas. The next day we moved to a larger shelter where we stayed for three days before being released.

The shelter gave us back our belongings and allowed us to leave with our relatives who were already in the United States. Fleeing the chaos of my country to search for a better education for my children, economic stability, and peace of mind motivated me every step of the way.

One year has passed since I crossed the border to America with my children. I feel happy, I achieved the American dream. Every day, I am thankful I can grow old in peace. 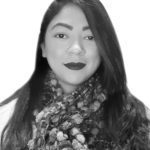 I am a Venezuelan journalist who graduated from the Universidad de Los Andes in Táchira - Venezuela, a researcher on judicial issues and events, editor of chronicles and reports on issues of social vulnerability, audiovisual editor of journalistic works for Colombian media and Venezuelans on border and migration issues.
Start typing to see results or hit ESC to close
Latin America Africa Argentina Asia Women's Rights
See all results