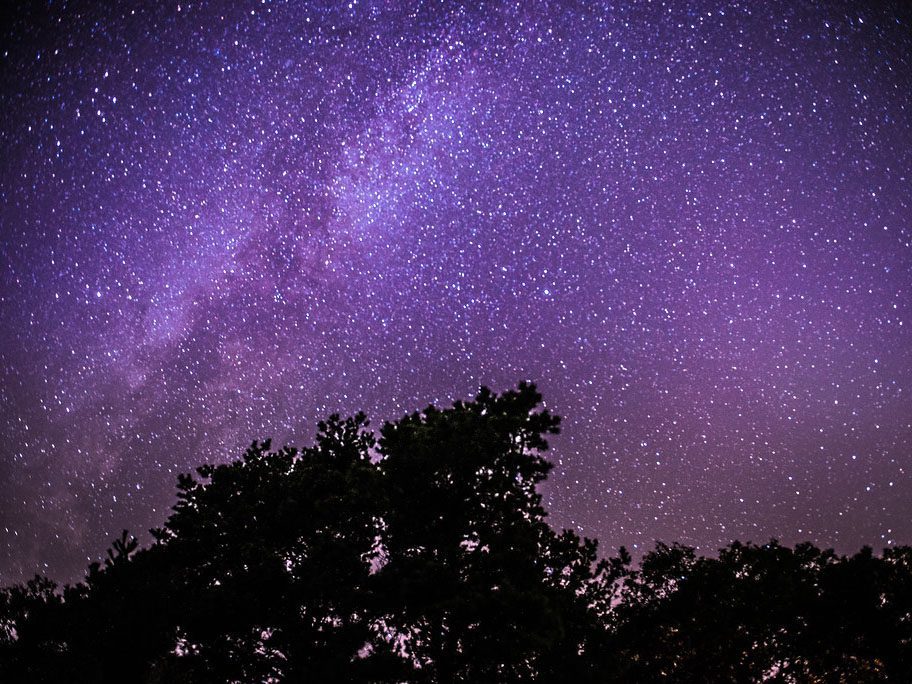 The Milky Way, as seen in dark skies | Photo Courtesy of MK Feeney (Flickr), licensed under CC BY 2.0.

I grew up under the stars but not like this. I never saw that many stars, completely untouched by light pollution, brightening up the sky at once. Placing my sleeping bag on the slanted, rocky ground, I climbed in and looked up, only for my eyes to be enveloped by the magic of a meteor shower happening right above me. 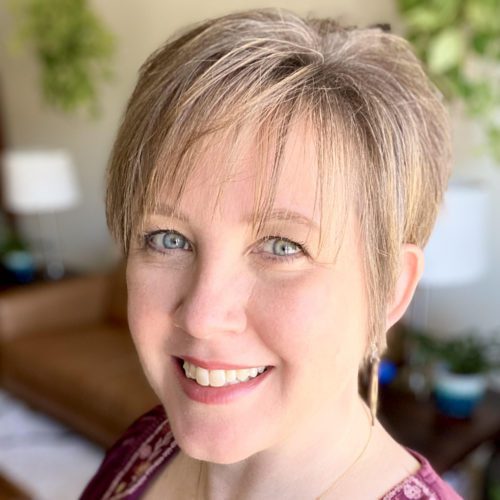 Interview Subject
Vicky Derkson, 48, is a podcaster, blogger, and advocate for dark skies and astrotourism. A northern Idaho native, Derkson grew up exposed to breathtaking views of the Milky Way. She moved to Fountain Hills, Arizona in 1997 and, following the birth of her two children, was determined that her kids would know the skies better than she did.

In 2019, she started the blog Night Sky Tourist and, as the one-year anniversary of the blog approached, she launched a podcast under the same name in 2020. The blog not only covers locations but also tips and tricks for becoming a better stargazer, dark sky-related gift guides, and information on light pollution.

On the Night Sky Tourist podcast, Derkson has chatted with people as close as Kevin Schindler, the historian and Public Information Officer (PIO) for Lowell Observatory in Flagstaff, Arizona, and as far as Syahirah Nazarudin, a dark sky advocate and space artist in Malaysia.

Along with running Night Sky Tourist, Derkson serves as the Vice President of Fountain Hills Dark Sky Association, an organization dedicated to educating about the importance of protecting dark skies and limiting light pollution. She is also a board member for the International Dark Sky Discovery Center which is set to begin construction in November.
Background Information
Fountain Hills was officially named a Dark Sky Community by the International Dark-Sky Association in January of 2018. It was the 17th community to receive this designation and only the second near a major metropolitan area.

According to the International Dark-Sky Association, applicants for designation must demonstrate dedication to the preservation and appreciation of the community’s dark skies. A community must show the implementation of lighting ordinances to reduce light pollution, commitment to dark sky education, and support for dark skies by community members.

In 2016, a research article published in ScienceAdvances states that one-third of the population can’t see the Milky way and over 80% of the world lives under light-polluted skies. Excessive use of light can heavily impact the climate. It also has harmful effects on humans and animals, with researchers claiming it can even suppress the production of melatonin, which is “a key player in circadian regulation.”

FOUNTAIN HILLS, Arizona — When I got older, I realized stargazing — especially stargazing under dark skies, tucked safely away from light pollution — was a luxury not accessible by everyone.

Growing up, I thought everyone could see the Milky Way from outside their window. The billions of stars swirling above my head in Lewiston, Idaho never seemed like something sacred. I believed no matter where you lived, you could always look up into the dark and see the stars that make up the galaxy we live in.

While technically we’re all blanketed under the creamy Milky Way, the sky I had looked up at my entire life was not the same sky that someone else knew.

Never realizing the luxury of having dark skies as a child

When I grew up and left home, my parents began hosting international students from different countries, most of them college-aged kids from Asia. I remember the story of one boy from Korea in particular.

My parents drove to the airport one night to pick him up. He would be staying with them for a few months. When they exited the airport, the sky was already dark.

“Are those stars,” the boy asked as he looked up at the sky.

My parents said yes, and he replied, “I’ve seen pictures of stars in books. I’ve never seen them in real life before.”

It seems crazy there are places in the world where the stars remain a thing of stories or books; places you can look up at the sky and see at best a dozen stars or see nothing at all. Looking back on it, I realized I took for granted the skies I grew up under. I never learned the constellations (aside from the Big Dipper), and never explored the skies the way I could have.

I had access to something special and lost it. Once I had kids and began home-schooling, I promised myself they would know the galaxy. They would grow up knowing the stories of the stars in a way I never did.

The life-altering experience of stargazing in Albania

At 18 years old, I traveled to Albania to do some humanitarian work with a group. The trip took place a few months after the fall of communism in the country and the government was going through a transitional period. My groupmates and I traveled to the northern part of the country near what was then known as Yugoslavia. The area continued to experience fighting and violence, but we wanted to see the stars and, finally, our Albanian companions agreed.

They led our group to a hillside in the warm July air. This was not a planned excursion in the slightest and it showed. We had no tents to pitch or camp to set up, just sleeping bags and each other. We would soon return to Tirana, but needed somewhere to stay the night. The thought of sleeping outside did not phase us — we were young after all, so why not?

I grew up under the stars but not like this. I never saw that many stars, completely untouched by light pollution, brightening up the sky at once. Placing my sleeping bag on the slanted, rocky ground, I climbed in and looked up, only for my eyes to be enveloped by the magic of a meteor shower happening right above me.

A revelation about the availability of dark skies

I took comfort in the sky, unable to take my eyes off the meteor shower. Seeing it felt almost otherworldly. It felt wrong to look away, to not drink it in and take advantage of this moment.

“Before electricity, people saw the sky like this all the time,” I thought. “And this is the first time I’m seeing it, at 18.”

I let the sky distract me for the rest of the night.

Today, I focus my efforts on teaching people to appreciate dark skies and get to know them. I think many people lived under a dark sky but never knew or learned what to look for.

Since Fountain Hills received the International Dark Sky Community designation, we see people in the community take an interest in it. People take ownership of that part of our community and its identity. Sometimes people even educate their new neighbors on why they should use light in a smart way, avoiding tons of lights shooting up in the sky to brighten their houses.

I don’t know if I would call what I do a ‘career’ because I did not see it as one at first. Yet, with each opportunity lined up for me to take advantage of, I experienced a domino effect. Today, when people come to my house in Fountain Hills or I take on stargazing gigs, I tell stories I know about the constellations we see.

Most people know the Greek story about the constellation Orion, named after the hunter. But people in other cultures looked up and saw different pictures that told stories perfectly aligned with their cultures.

I love highlighting those stories because it transports people back to a different time and a culture other than their own; a time when people lived differently and a saw the world around us in a unique way.

When people have a stargazing experience, they may not remember how many light-years away a certain star or constellation is. They remember the story I told, and it stays with them. 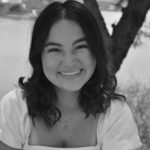 Kaleigh Strong is a seasoned journalist whose career began back in 2016 when she joined her high school's newspaper and yearbook team where she served as story editor. In her senior year, Kaleigh was a supporting writer on a yearbook piece about the suicide of a fellow student that sparked a campus wide debate about mental health. In Spring of 2019 this story, titled Invisible Wounds, became the first high school yearbook to win the Student Impact Award from JEA and the Scroll International Honorary Society for High School Journalists.

Kaleigh is also the recipient of an Excellent award for her themed photography, which was awarded at the annual JEA/NSPA Spring Convention in Seattle, Washington in 2017. Currently, Kaleigh is a senior studying Journalism and Mass Communications at the Walter Cronkite School on Arizona State University’s downtown campus. She has written articles for the student-run newspaper, Downtown Devil, along with publishing with several newspapers across the Valley such as the Scottsdale Independent and the Paradise Valley Independent.