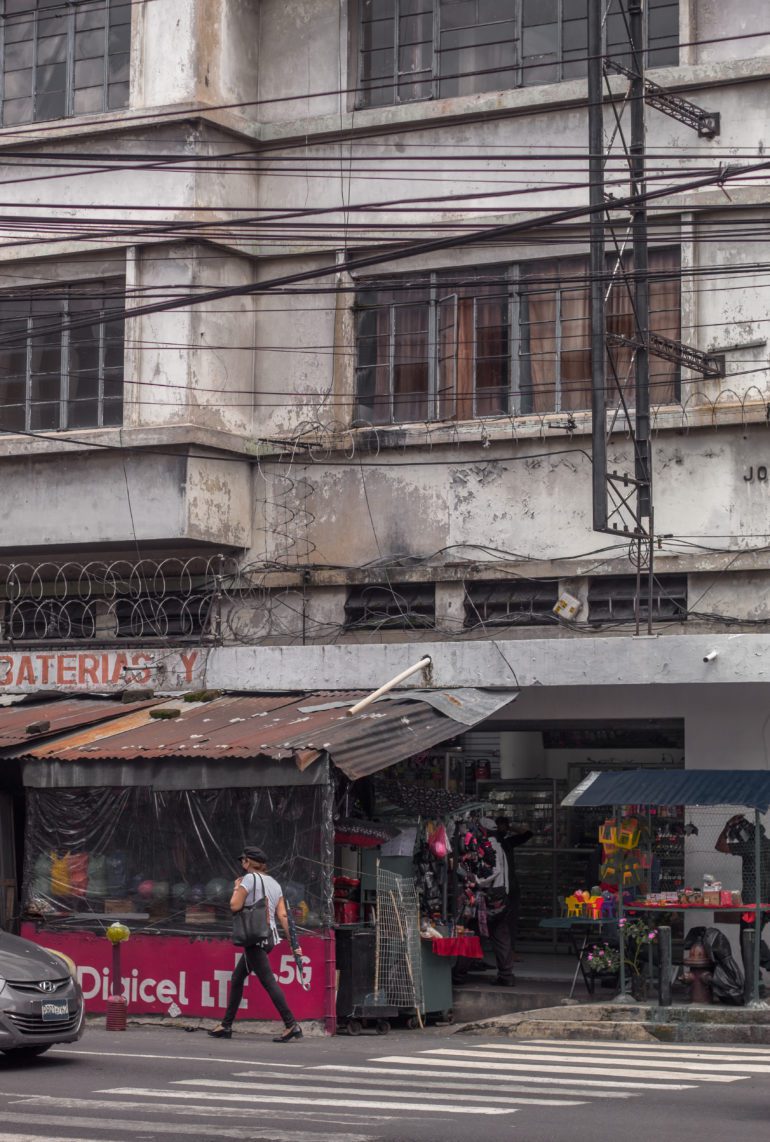 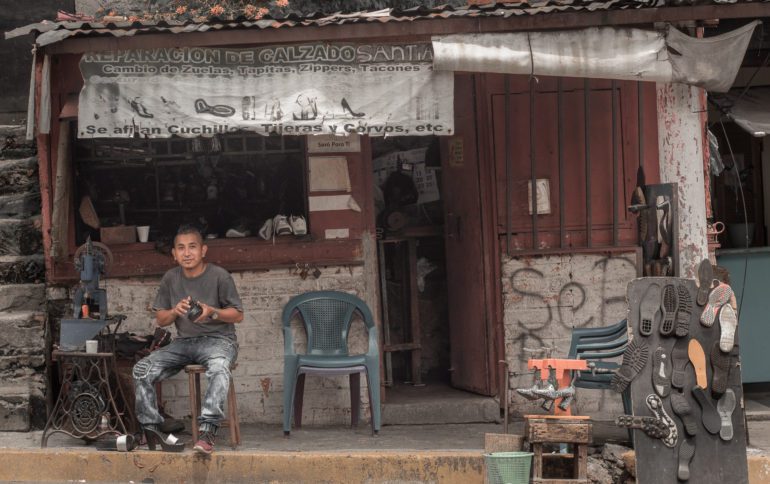 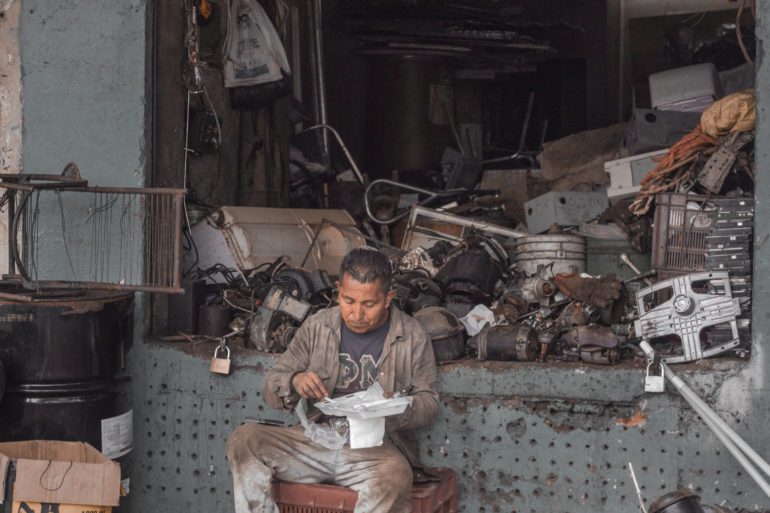 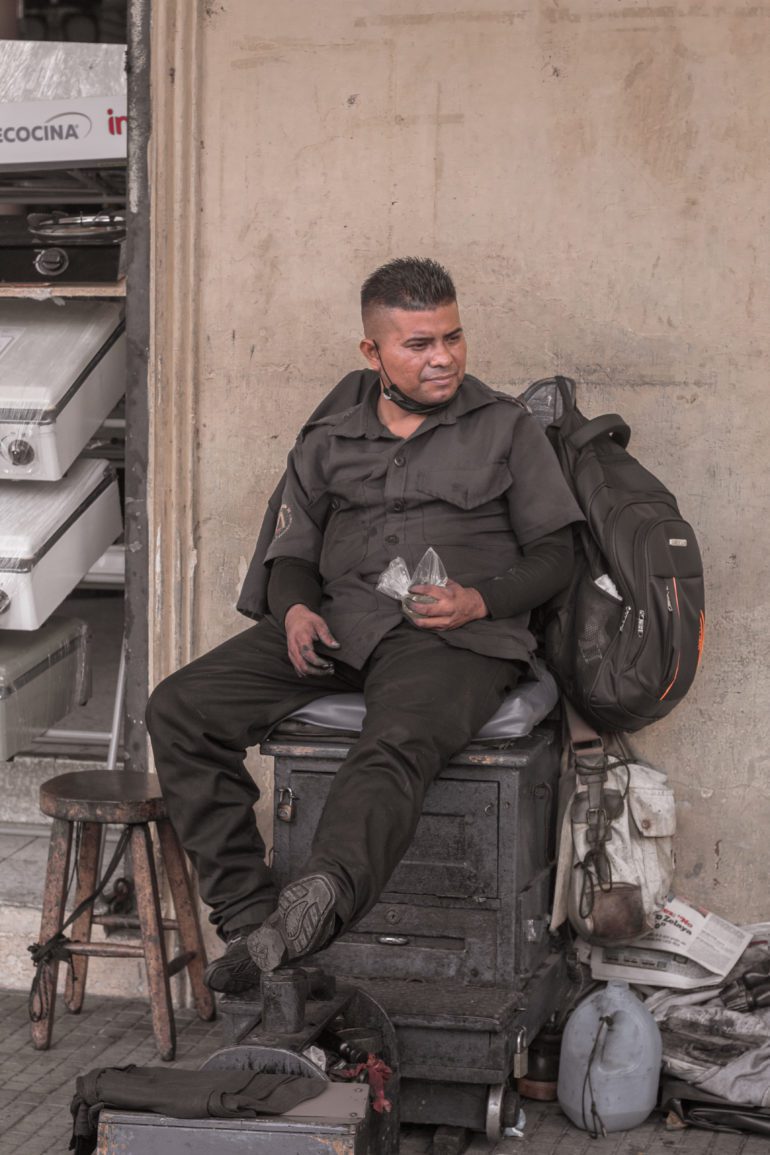 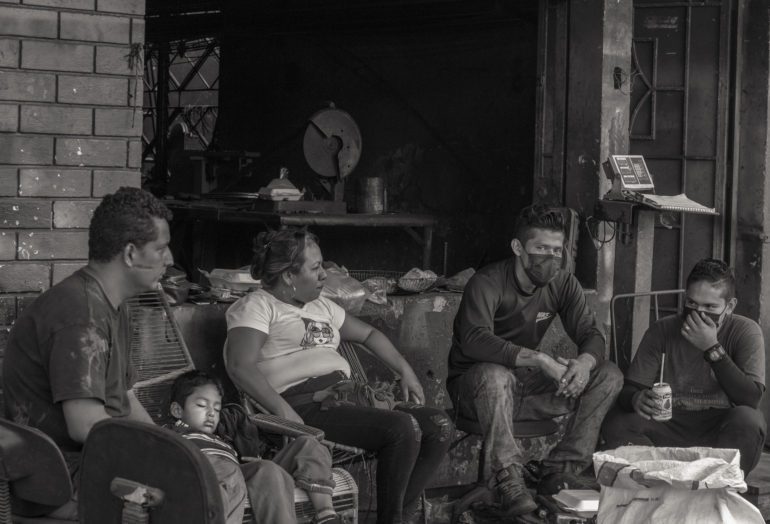 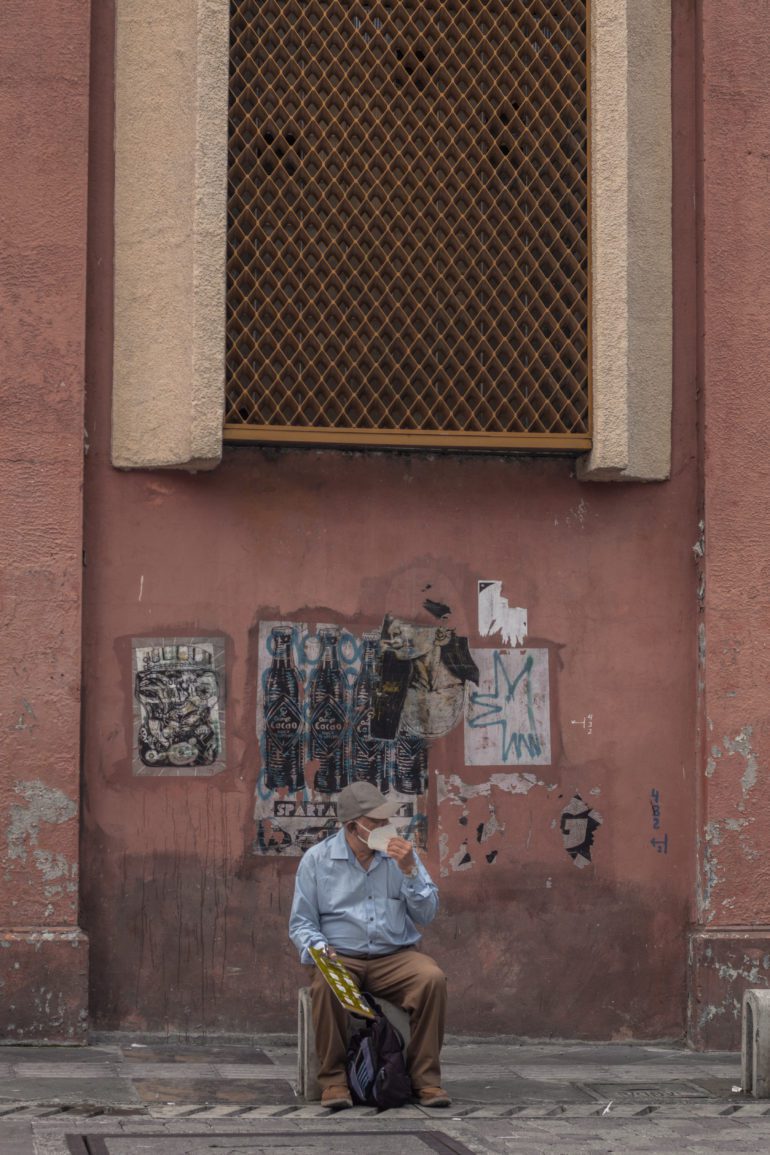 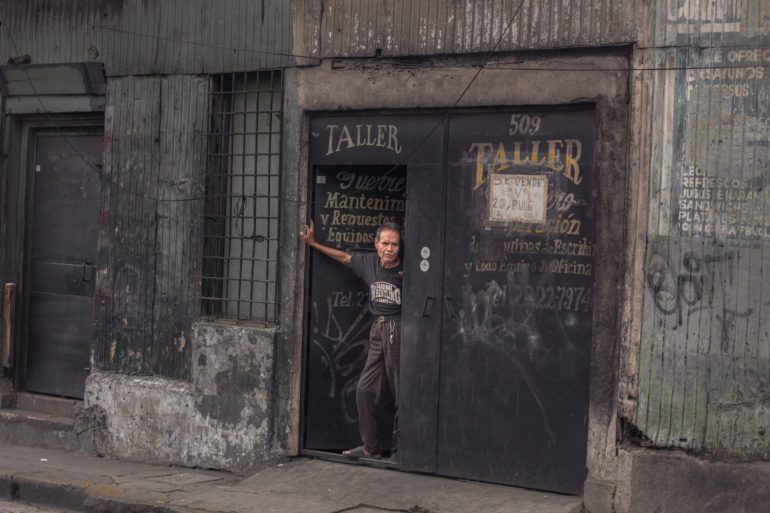 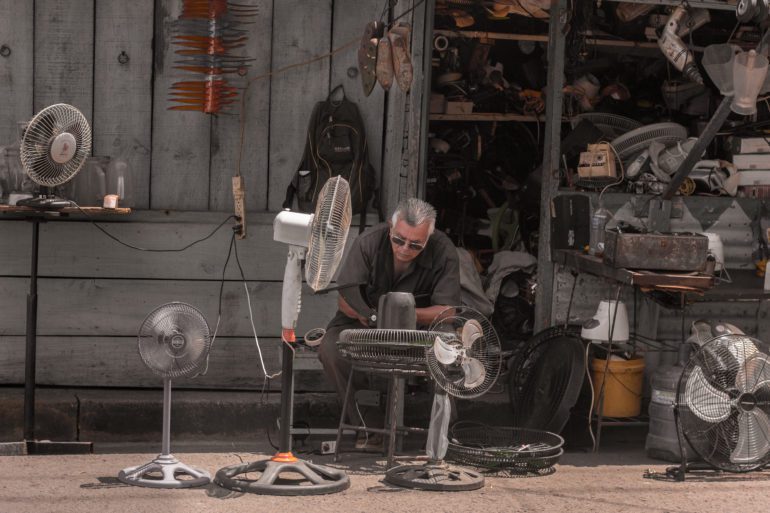 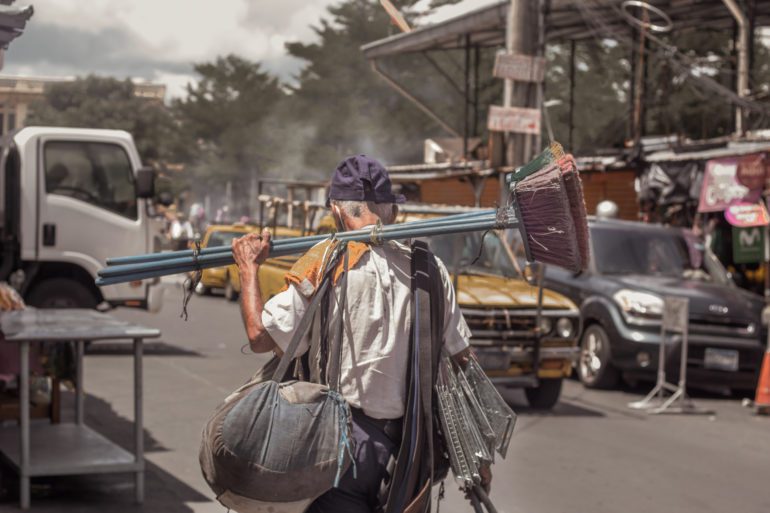 In San Salvador's downtown district, you often see female vendors in the streets. They make up what is known as the informal employment sector. Men in this sector remain much less visible, often hidden in corners and back streets.

SAN SALVADOR, El Salvador — In San Salvador’s downtown district, you often see female vendors in the streets. They make up what is known as the informal employment sector. Men in this sector remain much less visible, often hidden in corners and back streets.

According to the International Labor Organization, for every 100 men, 60 work in the formal sector and 40 in the informal sector. The informal work sector refers to all paid work not registered, regulated, or protected by legal or regulatory frameworks.

This series of photographs captures men in the informal employment sector in San Salvador. Their hidden places of work imply an alienated relationship with society.

All photos by Amaranta / Fatima Padilla. 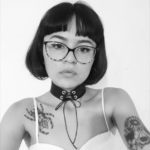 Fatima Lourdes Padilla Acosta, 23, goes by the nickname Amaranta. Armanta has worked primarily in audiovisual mediums for agencies, foundations, and on short films. She is passionate about producing documentaries and the audiovisual process around themes of social reality, human rights, and gender perspective. Armanta has worked as a camera assistant, in lighting, and photography for short films about forced motherhood in adolescents and young people, lesbian visibility, and the prevention of gender violence. She currently works as a Communicator and Audiovisual Production Consultant for the "I Control - Stop Violence" program with UN Women, the Many More Foundation, and the Spotlight Initiative.