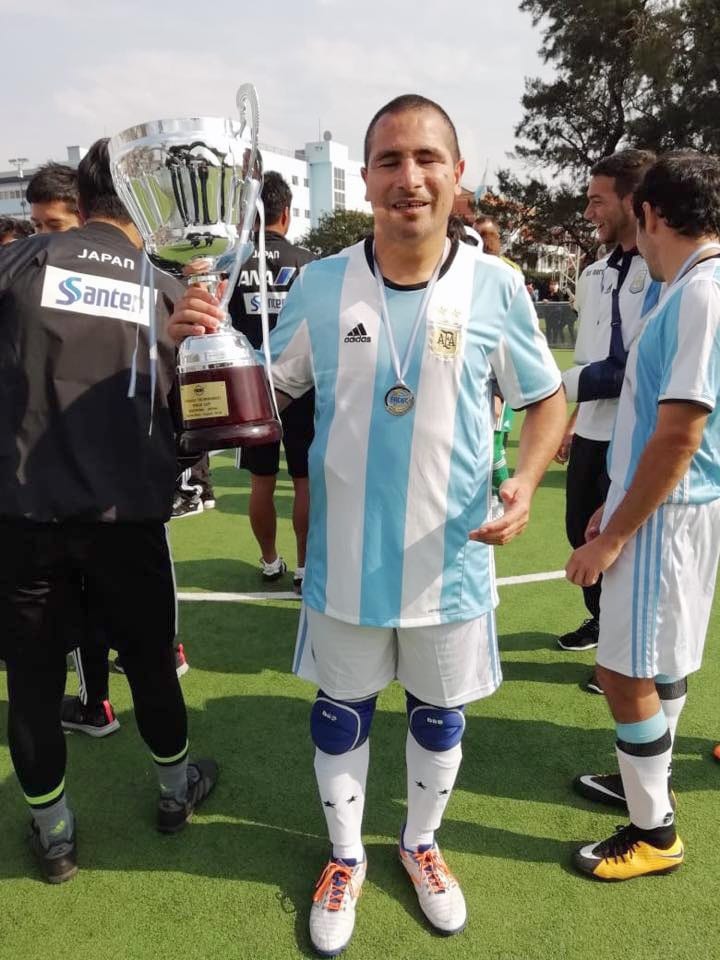 My heart was jumping out of my chest, I saw that what I dreamed of being — a professional soccer player — was possible. 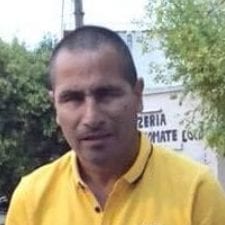 First-person source
My name is Silvio Velo. I am a multiple world soccer champion and blind from birth. I was born in the City of San Pedro, Province of Buenos Aires, Argentina.
BACKGROUND
Adapted Soccer 5 or Blindfutsal is considered a Paralympic sport since 1996.
A sound ball is used and each team is made up of four blind or severely visually impaired people who must play with eye covers and a sighted goalkeeper who must also guide blind players.
FIFA rules apply, with adaptations established by IBSA (International Federation of Sports for the Blind).
Brazil is the country that won the most world championships (5) followed by Argentina (2).

If there is a will, anything is possible. I have known that from a young age.

I was born in San Pedro, Province of Buenos Aires, Argentina. Like all children in my country, I was passionate about soccer. Although I was blind, that was not an impediment. That visual impairment did not prevent me from walking with the ball under my arm and playing with the neighborhood boys.

My passion for soccer was not dulled by my disability. We used to set up the field and I and my friends and brothers saw me as one more player running and kicking the ball. Sometimes, several minutes would pass and I wouldn’t touch the ball because I didn’t know where it was. But I didn’t care as I was happy living a special moment that you can only experience there, in a little homemade soccer field with your friends.

For me, being blind was never a limitation. I did the same thing as all the boys my age. I used to play the same games. I was always riding a bicycle or fishing in the river.

I was lucky that my parents were never overprotective. They let me be and that helped me to grow freely and adapt to living a normal life.

I could not see but I moved around my neighborhood as if I could. I knew every corner.

Since there was no school for blind people in San Pedro, when I was 10 I went to a specialized school near the City of Buenos Aires. There, at the Román Rosell Institute, I learned to write and read in Braille, and I discovered something revealing: blind students played soccer.

They put a bell into the ball and it was easy to know where it was passed. My heart was jumping out of my chest. I recognized that what I dreamed of being — a professional soccer player — was possible.

I can say that my soccer career started there, although I was still very young. It was a great discovery and gave me the strength to fight for my dream.

Dreams of being a professional

Soccer was a recreational activity at the Rosell Institute. Since I was in boarding school, I spent all of my free time playing with my classmates. At the same time, I practiced other sports such as athletics and jumping. I was even the Argentine long jump champion.

Teacher Enrique Nardone was a visionary and a great promoter of soccer for the blind. He organized the sport and shaped it, and together with a Brazilian colleague and another Spaniard they put together a regulation league and gave it an international presence.

In 1991, when Nardone created the first blind Argentine soccer team, he called me up. All of the players were from the Rosell Institute.

I felt that I was fulfilling my dream. For the first time, I put on the shirt of my country and a lot of energy entered my body. It was difficult to explain with words: tears, joy, pride. It was something spectacular. I was just 20 years old.

Today, at 49, I still feel the same emotion being a part of the Argentine National Team. Wearing the captain’s belt for so many years has been a tremendous honor.

From that time on, sport became central to my lifestyle and when I retire I am not going to change. You are a soccer player your whole life, and you remain so even when you leave the game as a player. Sport gives you discipline, and it teaches many life lessons.

Stones on the road

The beginnings with the Argentine National Team were very tough years. We did not have financial support and we could not buy the appropriate footwear to play.

In addition, even though we knew we could play at a high level and that we could represent our country with dignity, there were many people who did not take us seriously and said “the blind people are having fun.”

They didn’t think we could play competitively. We had the same intelligence and skills as any Argentine boy with vision, and we shared the madness for the ball. Fortunately, solid results combined with strong performances shattered those barriers in the eyes of others. And that’s how our first World Cup arrived.

Between Messi and Maradona

We became world champions for the first time in the 2002 Brazil Cup. We established ourselves in the sports world. It was a spectacular tournament. We had previously lost two finals. For me, as an Argentine, to be a world champion in Brazil was a dream from which I never want to wake up. So much training and sacrifice summed up in passionate crying. Before traveling, we didn’t even have football boots and we had to delay our flight because we didn’t have the money to pay the boarding tax.

The fact that I was chosen by the international press as the best player in the world after my first World Cup gave our team and our discipline worldwide recognition. In a country like Argentina, being called “the best in the world” can open many doors. Press started to talk about our economic problems and suddenly financial aid for our trips began to appear.

For me, it was an immense source of pride and happiness to be classified by sports journalism as the Maradona of blind soccer. Years passed, Diego retired and people began calling me the Messi of the sport.

To become the best player in the world, it was not enough to just dream it. I didn’t get up one day and become the best. It was a long process, which I went through step by step. In soccer, no one gives you anything for free. It is essential to understand that it is not enough just to pursue a dream, it must be accompanied by daily hard work and a lot of dedication.

Since I was a child, I was always a positive person. What’s the point of feeling bad about something I never had? I was born blind and I will never change that. My other senses were enhanced and I moved on without prejudice or fear. I never gave up on my dreams.

If I had spent my life feeling like a victim, I would have given my parents and my family a hard time. I would not have become who I am today if I was always victimizing myself. I am convinced that thinking positively allows you to achieve many things.

My family is essential in my personal life and in my sports career. My wife Claudia, my seven children, Nadia, Florencia, Giuliana, Lautaro, Isaís, the twins Maria Emilia and Maria Clara, and my two grandchildren, are all seers. They are a gift from God. I always say that they are my number one sponsors. They always support me. When things go well, friends appear everywhere, but in bad times it is the family who is by my side. If I am injured in a game or if we came away with a loss, my family was there to push me.

I’ve always been setting goals throughout my life. Winning a World Cup did not mean that the next was already won; I had to go back to training and try to repeat the feat.

We achieved the second world title in Buenos Aires, Argentina. Of all the tournaments I played, the 2006 World Cup was the most emotional; I was accompanied by many people who usually could not watch me play. My parents, my wife, my children, and my friends never missed a single match.

So many people came to see us in the final against Brazil that the stadium was full capacity and many were turned away. It was something unique and very emotional. Personally, I was lucky to score the goal to beat Brazil, our historic rival. At that moment, memories of all the sacrifices I made throughout my career came to my mind. All the hard work had been worth it and another cup was in our hands: Eternal glory, immeasurable emotion.

Being a leader is not only a source of pride, but it is something that I take with absolute commitment. I know that in some circumstances I have to push my team forward alone and that my teammates feel it. That’s when they respond on the field, by giving the best.

I will continue to challenge myself until the day I die. Today, my goal is to become the champion of the Paralympic Games in Tokyo in 2021. The gold medal is the only thing I have left to win. I have already won World Cups, America Cups, and Argentine championships. I don’t know if I’m going to make it; What is certain is that I will do my best to make it possible. That is why I am training with all my strength. I am competing with players who are half my age or who are the age of my children. That motivates me and gives me more motivation.

Being a Paralympic athlete means we’ve had to overcome our disability while performing at the highest levels of the sport.

We must put our entire will to achieve the goals that each of us has. Many — at the first obstacle that arises — lower their arms, and become discouraged. In those situations, you have to become strong and overcome.

Adapted Soccer 5 or Blindfutsal is considered a Paralympic sport since 1996.

A sound ball is used and each team is made up of four blind or severely visually impaired people who must play with eye covers and a sighted goalkeeper who must also guide blind players.

FIFA rules apply, with adaptations established by IBSA (International Federation of Sports for the Blind).

Brazil is the country that won the most world championships (5) followed by Argentina (2). 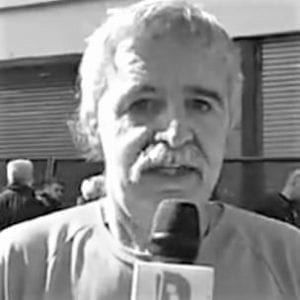 Guillermo Tagliaferri is a sports journalist born in Buenos Aires. He started in Diario Clarín in July 1980 carrying out various commentaries and chronicles of matches, interviews, special productions, and statistics for 39 years in the Sports Section.

Also in Clarín, he created the Querido Ascenso section and was a columnist for Pasiones Argentinas.

He is a current member of the IAM Noticias staff.

He has articles published in Argentine and foreign media.

He is also a correspondent in Argentina for Estadio (Ecuador), Placar (Brazil), and Women's Soccer World (United States) and the author of the books "Good Advice for kids with illusions, Vélez, 100 years and Endless Journey, Pepe Lara tells his story.